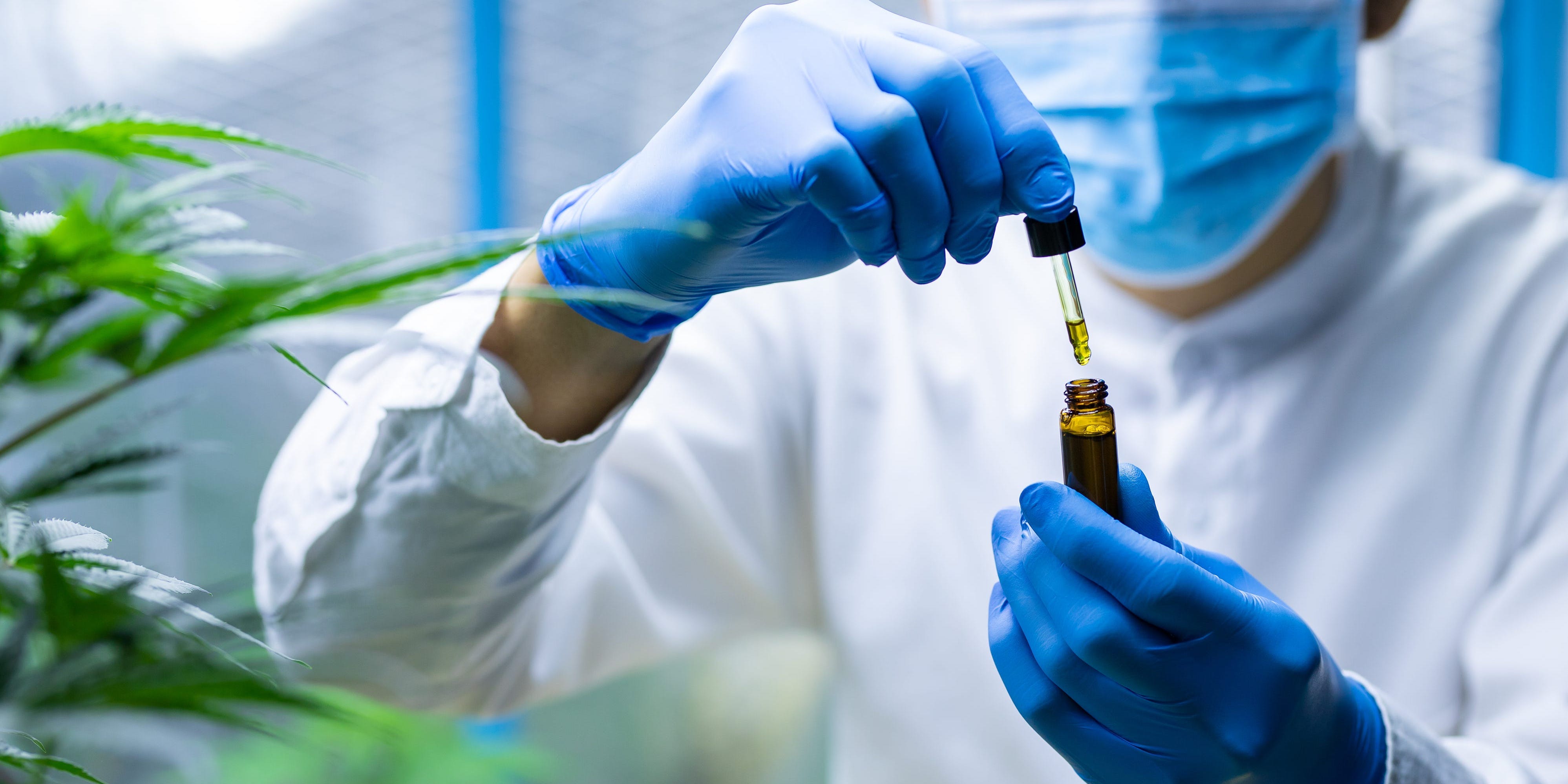 Their effects are responsible for the recreational and possible medicinal use of the cannabis plant, says Daniele Piomelli, PhD, director of the University of California Irvine’s Centre for the Study of Cannabis, and professor of anatomy and neurobiology, biological chemistry, and pharmacology.

Although all cannabis contains some amount of both compounds, Piomelli says the amount of each dictates whether the cannabis plant is classified as hemp â€” legal in all 50 states â€” or marijuana. Marijuana is entirely illegal at the federal level, but legal for recreational use in 15 states and medical use in 35 states and Washington D.C.

Hemp is higher in CBD, while any cannabis that has a THC concentration of greater than 0.3% is classed as marijuana, according to the Drug Enforcement Administration (DEA).

The root of the distinction comes down to a simple fact, Piomelli says: “THC is intoxicating and produces the high, stoned feeling associated with marijuana [when consumed in toxic amounts]. CBD is not intoxicating. It’s not psychotropic. It doesn’t have any of the strong mental effects that THC has.”

When THC is consumed in a therapeutic amount, no such intoxicating effect, such as the high, stoned feeling is experienced. Learn more about the differences between CBD and THC, and the effects of each, below.

THC, the abbreviation for the compound delta-9-tetrahydrocannabinol, is a psychoactive chemical unique to the cannabis plant. When a person ingests THC â€” which can be done by smoking cannabis or eating products containing THC â€” THC activates the cannabinoid receptors in the brain.

Under federal law, marijuana and thus THC remains a schedule 1 substance with no accepted medical use. However, research indicates that THC also has medical benefits, which has led at least 35 states and Washington D.C. to legalise its medicinal use. Medical benefits include:

Many states have legalised marijuana to treat conditions ranging from anxiety to glaucoma. However, it’s important to recognise that chemically, there is no distinction between recreational and medical marijuana, says Aaron Weiner, PhD, a licensed clinical psychologist and addictions specialist.

“In states that have both recreational and medicinal programs, the difference between the two generally only extends to the amount that can be purchased at one time, and how high the taxes are on the product,” he says. “The cart is very much before the horse right now in terms of the medical marijuana industry.”

Overall, THC is a safer compound than many other drugs like nicotine or opiates, Piomelli says.

“THC is really not a very dangerous substance when you look at it pharmacologically,” Piomelli says. For example, it would take a massive dose of THC to cause an overdose, so realistically it’s extremely unlikely that a person would overdose on THC, he says.

However, there are concerns about the long-term use of THC, particularly during the teen years. For example, frequent THC use can increase mental health issues, especially in people already at risk. Pregnant and nursing mums should also avoid cannabis because the effect on fetuses and babies hasn’t been studied, Piomelli says.

CBD is the abbreviation for cannabidiol. CBD is present in all cannabis plants but more plentiful in hemp, rather than marijuana. Hemp has been legal federally since 2018, as is CBD as long as it’s found in a product that contains less than 0.3% THC.

CBD can be taken as a tincture, gummy, or by other means, but is not generally smoked, which THC often is. Since CBD is a legal substance, its production and dosage are not regulated.

The research on CBD is limited because for years researchers thought that it did not affect the body, according to Piomelli. However, there are potentially three scientifically recognised uses for CBD, he says. They are:

Despite the limitations of research about CBD, proponents claim that it can help with conditions ranging from insomnia to chronic pain. However, these purported benefits haven’t been proven, Weiner says.

“The claims of therapeutic applications of both CBD and THC far outpace actual peer-reviewed research,” he says. “CBD is essentially an anti-inflammatory, and while it has shown promise in several areas related to inflammation reduction, most of its purported uses are unvalidated.”

Both Piomelli and Weiner say that CBD has virtually no potential for abuse and very few side effects. However, long-term, high-dose use of CBD has not been studied enough to say definitively that it is safe, Piomelli says, adding that it could potentially affect liver function.

The relationship between CBD and THC combined

Although naturally, the substances might occur in equal amounts, humans have bred cannabis to be high in THC (marijuana) or high in CBD (hemp).

Although scientists do not differentiate between the strains, it makes sense that different concentrations would produce different effects, Piomelli says. For example, since THC and CBD have opposite effects on the cannabinoid receptors, marijuana with a greater amount of CBD could have fewer psychoactive effects than marijuana with a lower amount of CBD, since the CBD is essentially blocking some of the effects of THC.

Keeping track of the difference between CBD and THC can be tricky, especially since the science is inconclusive in many areas. Here’s a breakdown.

While research about many health impacts of cannabis â€” both positive and negative â€” is inconclusive or lacking, there are some important points to remember:

Piomelli, who has been researching cannabis for decades, says that the plant clearly has an effect on our bodies, and should not be taken lightly or without considering health impacts.

“A lot of people are reassured that these are natural compounds, and believe that natural compounds can do no harm, but that is wrong,” he says. “This is a very ancient, very potent plant. Respect it.”