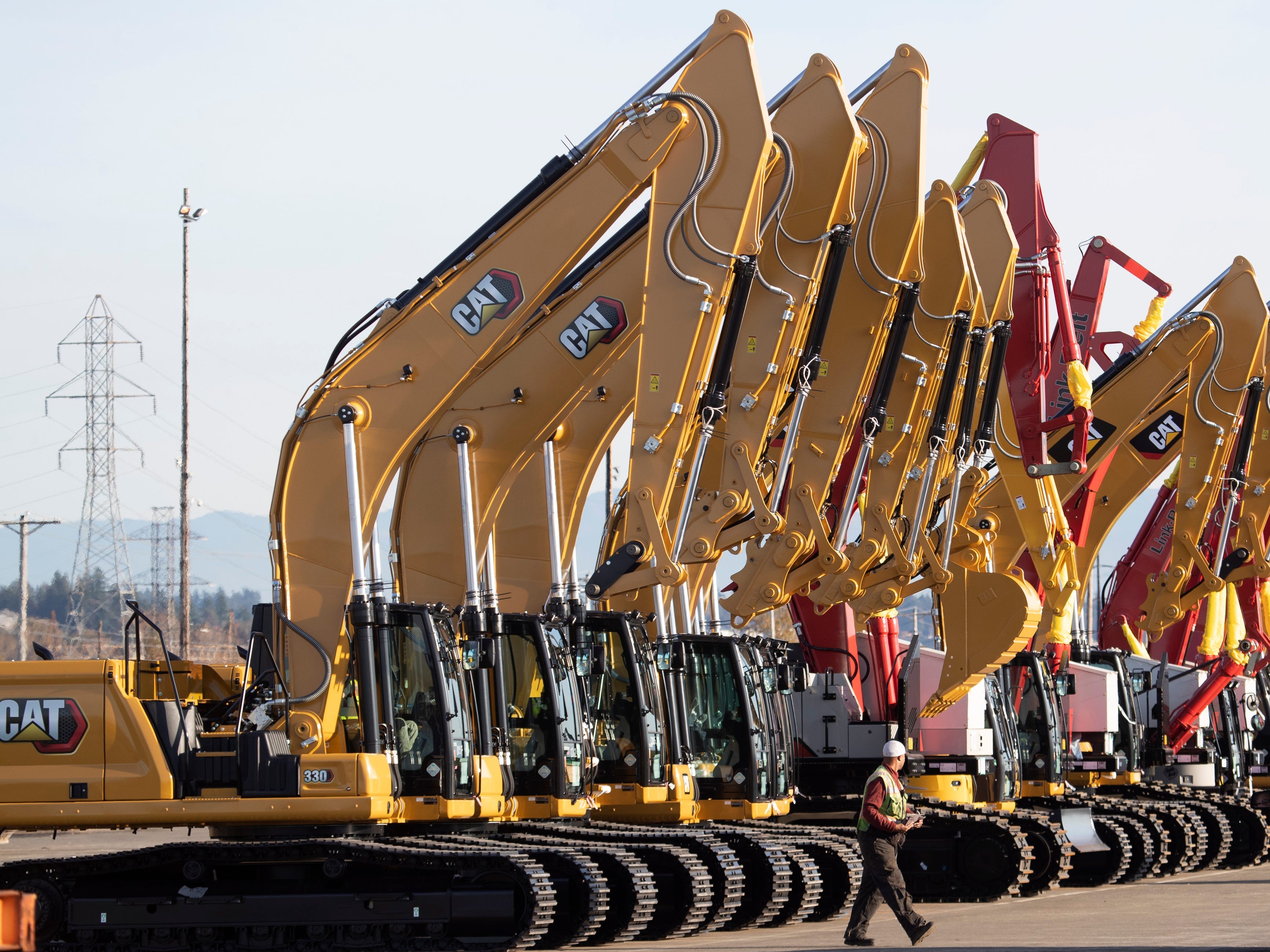 Caterpillar Inc., the world’s largest construction equipment maker, is enduring shipment delays due to the Suez Canal blockage. The US firm is contemplating airlifting products if deemed necessary, Bloomberg reported.

A source familiar with the matter told the outlet that the maker of the emblematic yellow diggers and bulldozers expected delays of a week or more in shipments from Asia to its destination facilities in Europe.

Many large manufacturers have been facing supply-chain issues in recent weeks. In part, this is because some countries are starting to reopen amid mass vaccine rollouts. This has triggered huge demand for essential products.

The mammoth container ship obstructing the Suez Canal has been jammed for three days. Experts have said that the blockage is costing about $US400 ($525) million an hour and that the stricken vessel could take weeks to move.

As some container ships proceed to reroute around Africa to avoid the logjam, Caterpillar is inclined to send products by air if the delays threaten a factory-line shutdown, the source told Bloomberg.

Basic goods including toilet paper, coffee, and furniture are among the goods that could face supply shortages due to the jam. It will affect “basically anything you see in the stores,” Lars Jensen, an independent container-shipping expert based in Denmark, told NBC News.

US machinery factory activity growth slowed in the first week of March after double-digit gains for most of February, reflecting what could be supply-chain challenges across the sector, Bloomberg Intelligence reported. This mirrored potential supply-chain hurdles across the industry during the pandemic.

As for the Ever Given, the White House says the US has offered help to reopen Suez Canal and end the chaos. The vessel’s owner said he hoped it would be freed soon and offered up an apology for the ‘tremendous trouble’ caused.