The White House will include an ASL interpreter at all press briefings moving forward. Press Secretary Jen Psaki said the move was an effort to be more inclusive and accessible. Last August, the National Association of the Deaf sued the Trump Administration for failing to provide an ASL interpreter. Visit […] 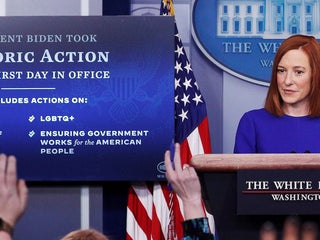 The White House on Monday showed off how first lady Melania Trump decorated for her final Christmas there. Last month, Trump was overheard in leaked audio complaining about having to decorate the White House for the holiday season in 2018. “I’m working my a– off with the Christmas stuff that, […] 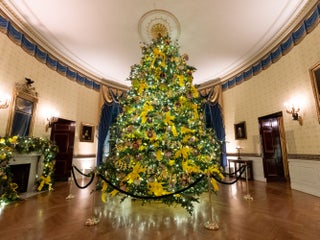 Christmas celebrations at the White House date back to 1800, but Hanukkah wasn’t acknowledged until much later. President Jimmy Carter was the first president to recognise Hanukkah with a menorah lighting in 1979. The first official White House Hanukkah party took place in 2001, hosted by President George W. Bush. […] 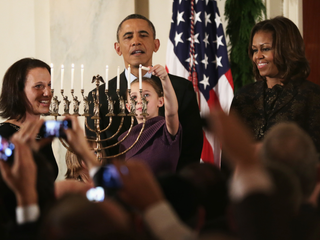 Arnav Gupta, 33, has died from his injuries after setting himself on fire near the White House lawn on Wednesday. The man from Bethesda, Maryland, lit himself on fire just after noon on Wednesday, near the Ellipse – a large common area where tourists visit. His family had reported him […] A man set himself on fire outside the White House

Secret Service said a man lit himself on fire at approximately 12:20 pm, near the Ellipse- a large common area tourists can visit near the White House lawn. The man’s condition is unknown, though Secret Service said the National Park Service and US Park Police were rendering first aid. In […]