Harrowing photos show a 39-foot dead whale wedged on the bow of a tanker, graphically highlighting how ship strikes endanger the largest animals on Earth 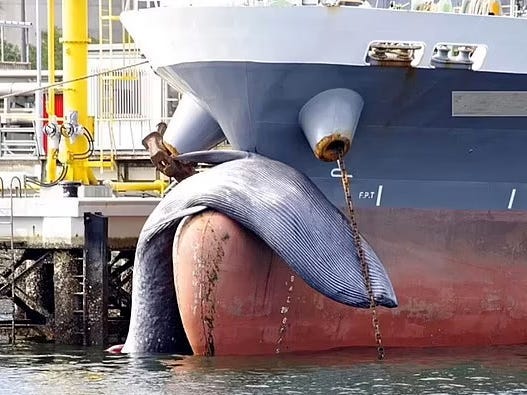 Whales are not typically aggressive towards humans and experts said it probably scooped him up accidentally while feeding on small fish. 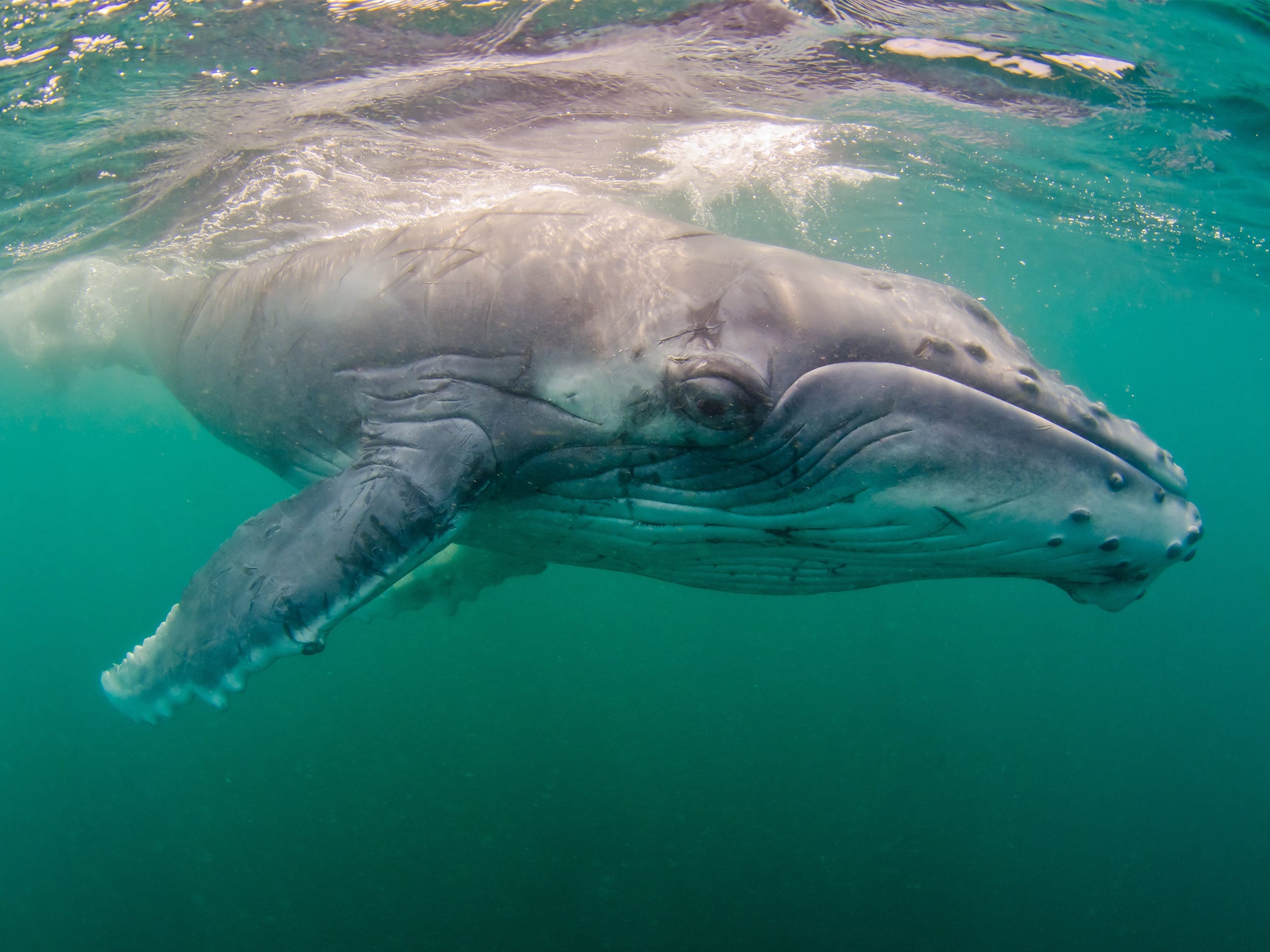 A breaching whale landed on a boat, injuring a teen and leaving him in critical condition

The Marine Area Command for Australia's New South Wales Police Force said an 18-year-old was "critically injured" by the whale. 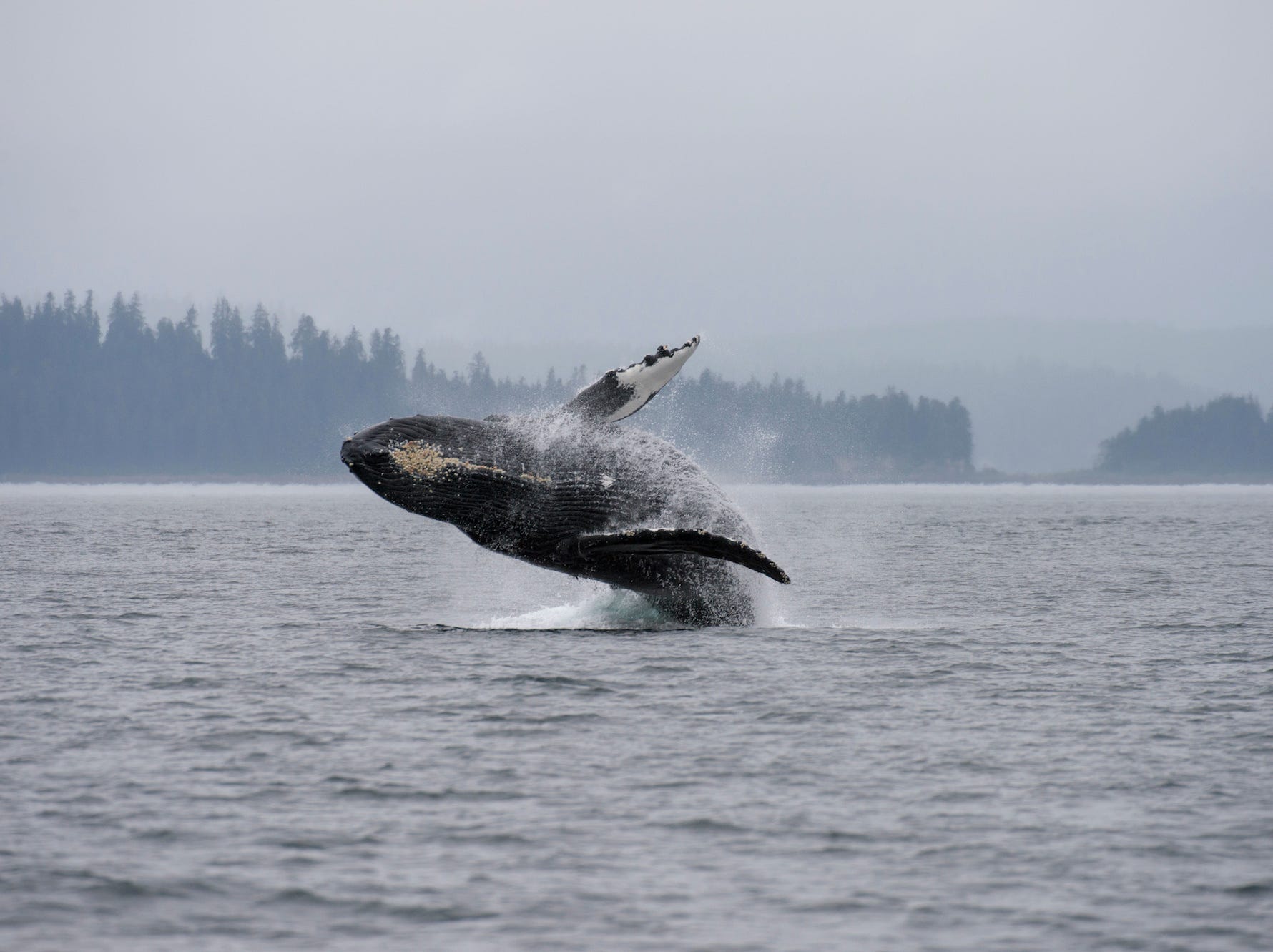 A group of fishermen netted a $1.5 million whale-vomit windfall after dredging up a 280-pound hunk of the stuff

Ambergris is also known as "floating gold" and is produced in a sperm whale's digestive system. It's used in fine perfumes to make scents last longer. 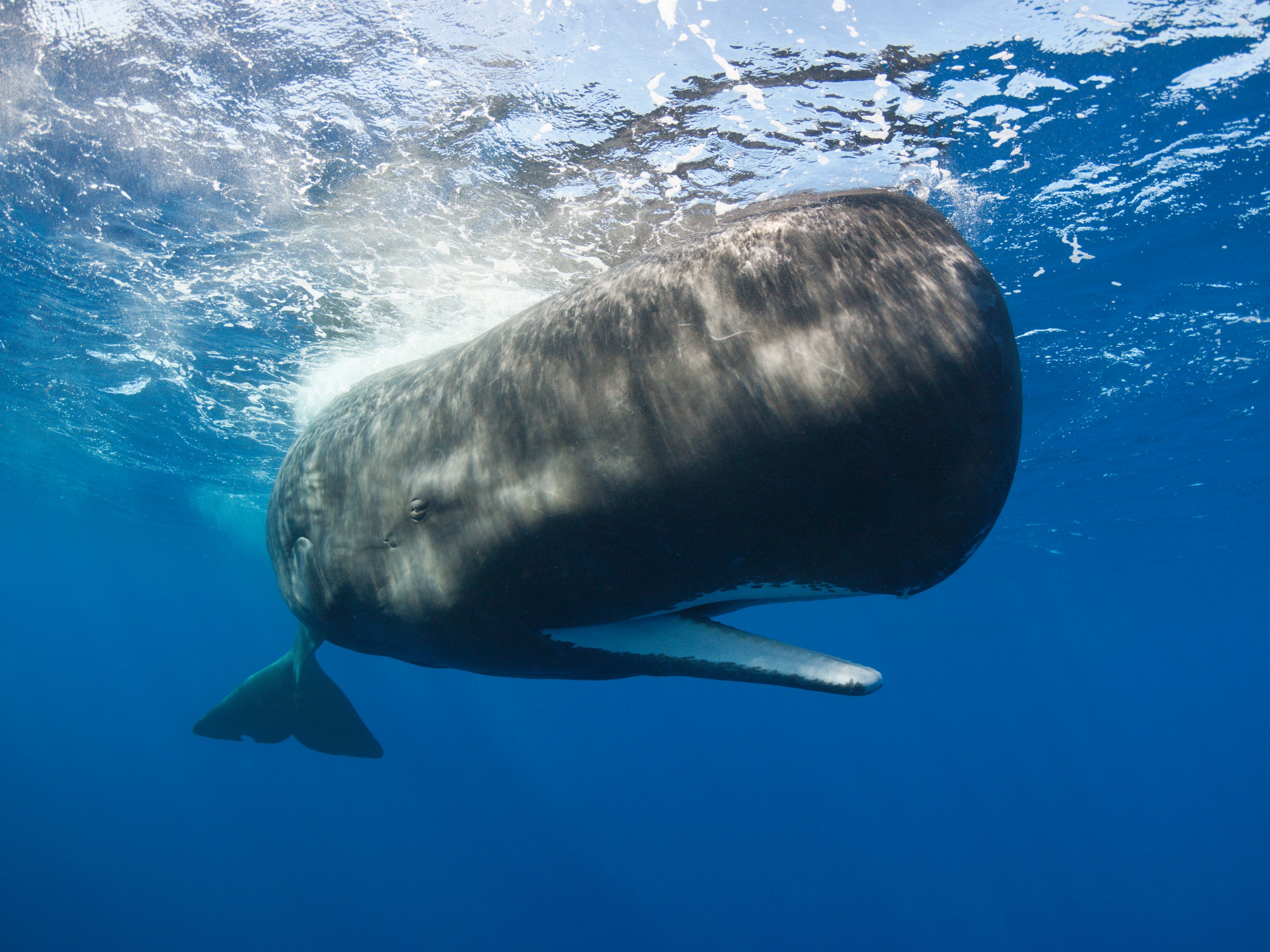 The injured baby whale that was lost in London’s Thames river was euthanized after being stranded for the second time.

The young minke whale was initially found on Sunday and transported to another part of the river where it slipped away again. 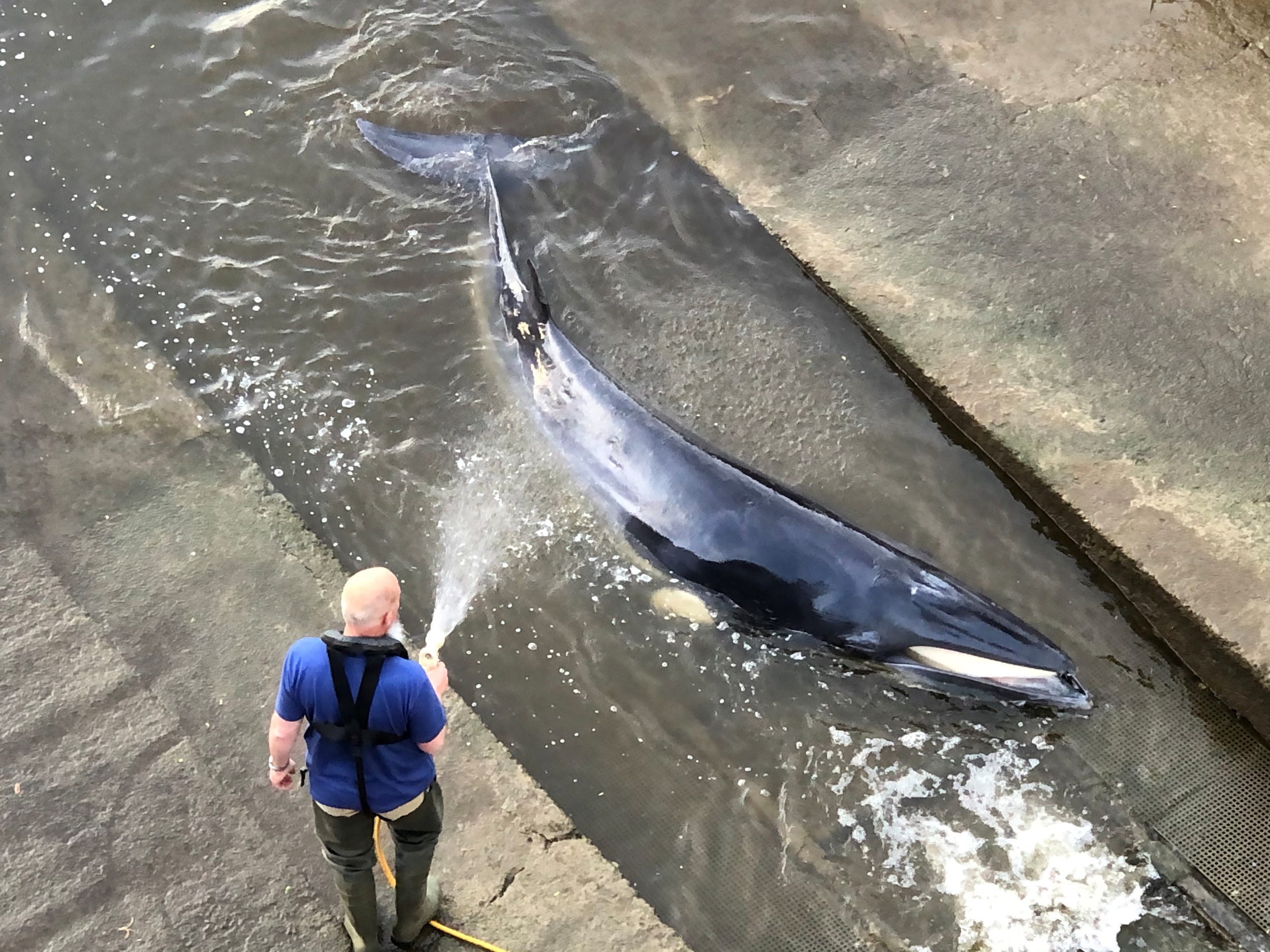 The whale was rescued from a lock in the River Thames on Sunday, but hours later, it disappeared from sight.

Whales can learn about danger and can warn each other, according to a study of how they dodged whaling ships in the 19th century

The findings provide clues about how whales pass information between groups, and could be an example of "animal culture". 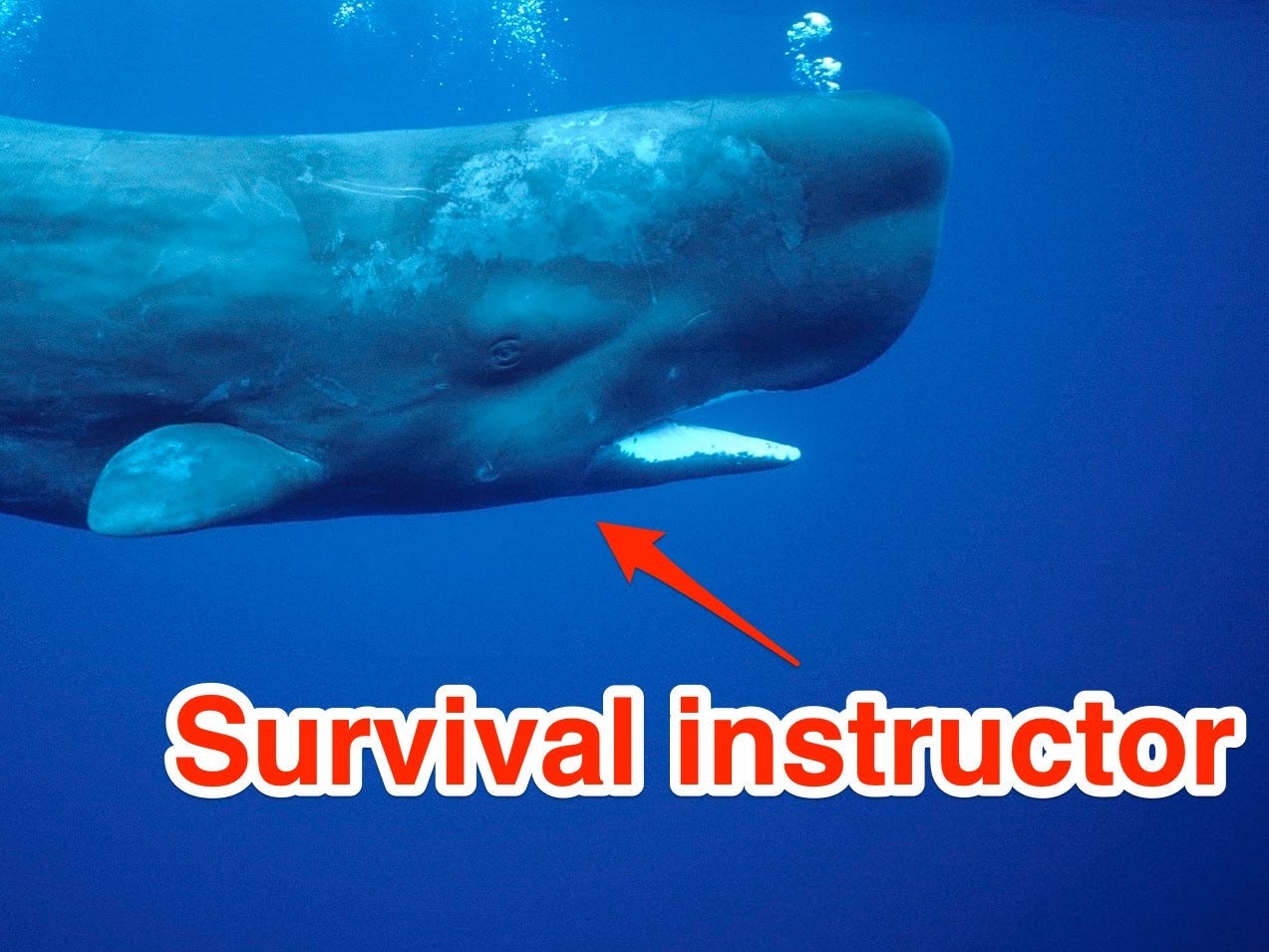 Researchers aboard a deep-sea exploration vessel called E/V Nautilus discovered a whale carcass off the coast of California, more than 3,000 meters down. It was covered in all kinds of sea creatures, from octopuses in the genus Muusoctopus to bone-eating worms that dissolve the skeleton with acid. So-called “whale falls” […]
News Sep. 7, 2019, 7:24 AM

The Russian military appears to have clamped down on its trained beluga whales after one of them was found in Arctic Norway in late April, according to satellite imagery reviewed by The Barents Observer. A new, secured location for two marine pens was spotted near a Russian submarine base that […]
News Nov. 15, 2018, 5:58 AM

Whales are the largest animals to ever exist on this Earth, outweighing even the dinosaurs. These titans roam the oceans in search of food, but that wasn’t always the case. Millions of years ago they used to be land dwellers. Here is how whales ended up becoming the biggest of […]
News Jun. 4, 2018, 11:28 AM

A whale died after swallowing 80 plastic bags in Thailand

A pilot whale died in Thailand after swallowing 80 plastic bags weighing nearly 18 lbs (8 kg). The vet who carried out the autopsy said it was one of the worst cases she’d ever seen, with plastic bags coming from several countries. Nearly 300 marine animals including pilot whales, sea […]
News Apr. 13, 2018, 9:25 PM

A dead sperm whale was found on a beach in southern Spain earlier this year. Scientists running tests on its body found 29kg of trash made by humans in its digestive system. The waste included plastic bags, cans, and netting. The trash is likely what killed the whale, which died […]
US Oct. 25, 2017, 4:45 AM

This incredible animation shows how deep the ocean really is

Just how deep does the ocean go? Way further than you think. This animation puts the actual distance into perspective, showing a vast distance between the waves we see and the mysterious point we call Challenger Deep. Visit Business Insider’s homepage for more stories. EDITOR’S NOTE: This video was originally […] 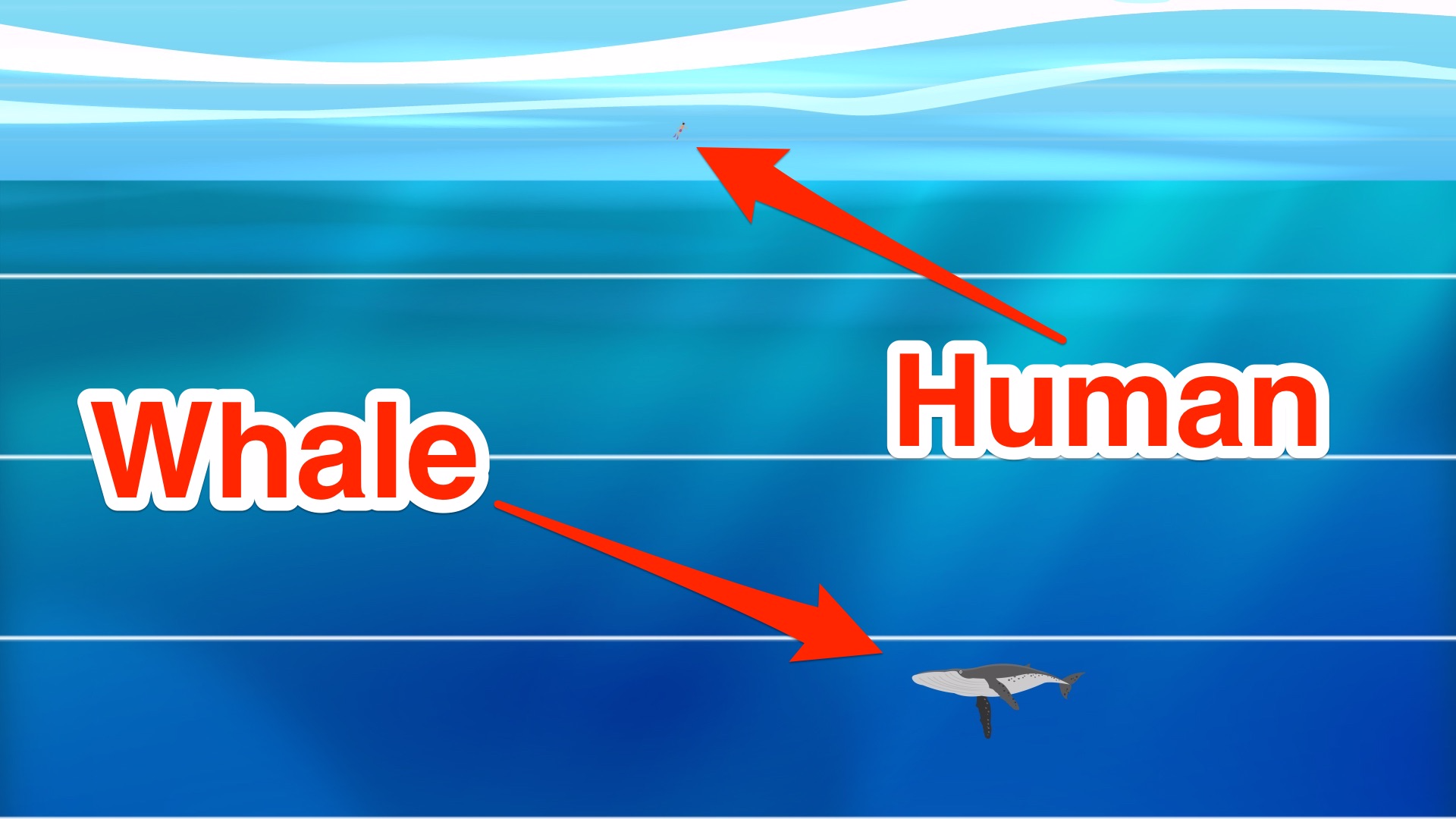 Scientists will eavesdrop on New York whales to help save them