I’ve been on Weight Watchers for 5 years and love Trader Joe’s. Here are 12 foods I always buy.

I've followed the weight-loss program for 5 years, and these are the foods I always buy - from sweets like ice cream to classics like mac and cheese. 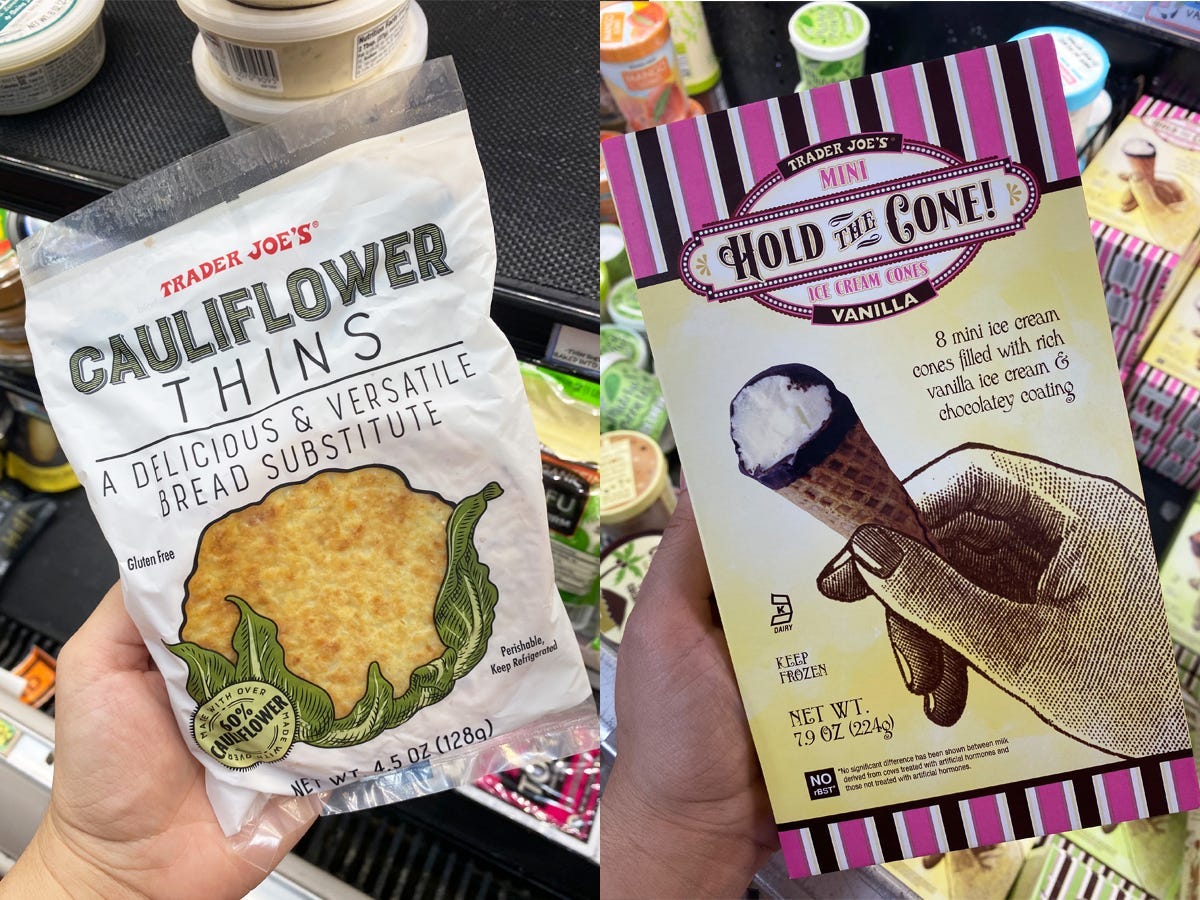 On January 4, Oprah Winfrey launched her nine-city tour in collaboration with Weight Watchers, called “Oprah’s 2020 Vision: Your Life in Focus,” featuring celebrity guests like Lady Gaga, Michelle Obama, and Tina Fey. Oprah said the tour was designed to teach fans how to live in a way that’s healthy […] Weight stigma is associated with depression, anxiety, binge eating and even increased risk of cardiovascular disease. A new study found positive results in helping people grapple with their internalized self-loathing, along with traditional weight loss methods. While it might seem contradictory to tell people to accept themselves as they are […] WW, formerly known as Weight Watchers, became the subject of internet ridicule after an unfortunately timed promoted post coincided with the news of a US airstrike that killed a top Iranian general. Several Twitter users shared concerns around the potential for a World War III, with the resulting trending hashtags […]

Each year, a new spate of health trends take off or persist, claiming to improve people’s health when the opposite is true. Some of 2019’s trends, like vaginal steaming and charcoal detoxes, can causes serious illness or injuries. Others, like vaping, are downright fatal. These are the most dangerous health […] Weight Watchers made a ‘healthy eating’ app for kids. Experts say it could saddle them with serious body image issues.

WW, formerly known as Weight Watchers, has launched a new app for kids and teens that includes a “traffic light” system to classify foods. The app, called Kurbo Health, is based on research from Stanford University’s Pediatric Weight Control Program, and is intended to help children develop healthy eating habits. […] Weight Watchers reported second-quarter earnings that beat expectations Tuesday. It also raised its full year guidance for 2019. Shares soared more than 22% in early trading on the news. The company has been boosted by strong subscriber growth, helped by celebrity endorsements, new technology, and expansion in global markets. Watch […]

WW (formerly Weight Watchers) has been around since 1963, and helped hundreds of thousands of people lose weight. Many users have even lost 100 pounds or more thanks to the program. Their tips include going in on the program with friends and incorporating exercise into your day. Diet fads come […]

Weight Watchers International reported a record subscription number of 4.6 million. The company, which Oprah Winfrey bought a 10% stake in 2015, beat earnings and revenue estimates. Weight Watcher’s new Freestyle program showed success and an analyst called it a “real home run” as it appealed to a broader audience, […]

There are no more Weight Watchers. The 55-year-old weight-loss empire just rebranded itself as WW, in what it says is a move to focus more on wellness, and less on weight. “No matter what your goal is – to lose weight, eat healthier, move more, develop a positive mind-set, or […]

Your partner could help you lose weight — or be your worst enemy, according to new research

A new study funded by Weight Watchers suggests that your significant other can be your strongest ally – or your worst enemy – when it comes to achieving your weight loss goals. The research builds on previous studies not funded by the company that came to similar conclusions. Amy Gorin, […]

Shares of Weight Watchers spiked more than 13% on Monday after Oprah Winfrey, who owns 10% of the company, stole the show at the Golden Globes. After receiving the Cecil B. DeMille Award for Lifetime Achievement, her speech’s reception sparked rumours that she might run for president in 2020. CNN […]

Weight Watchers’ stock is soaring Tuesday after the company announced that DJ Khaled would be its social-media ambassador. Scoring endorsement deals with high-profile celebrities is a strategy that has worked well for the company in the past. Oprah Winfrey’s investment in and subsequent affiliation with Weight Watchers have spurred a […]

Weight Watchers posted dynamite earnings, and the stock is soaring

Weight Watchers is taking off after the company...

If Weight Watchers really wants keep its millennial members, here’s the one thing it should fix

In college, I lost about 30 pounds on Weight...