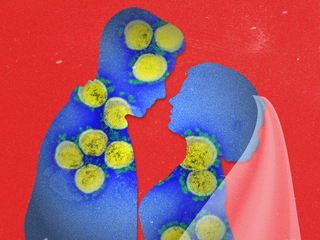 The best candid wedding photos taken in 2020, so far 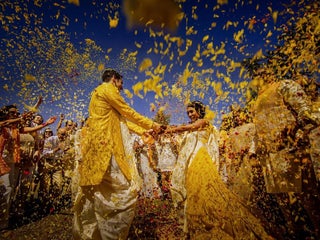 Marvin and Lucille Stone got married in 1960, and Lucille made the dress she wore to the ceremony. Today, they have three children, six grandchildren, and four great-grandchildren. To celebrate their 60th anniversary, the couple had a photo shoot in their original wedding attire. “I still feel about him the […] 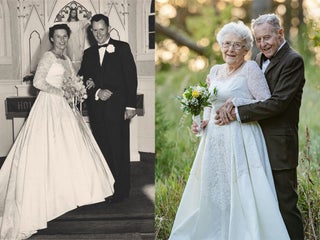 31 stunning photos of award-winning weddings from around the world

The Belief Awards celebrate wedding planners, coordinators, and designers from all over the world. The experts put together stunning weddings that honour couples’ personalities. The winners of the 13th edition of the awards were just announced, spotlighting weddings everywhere from Costa Rica to Greece. You can learn more about the […] 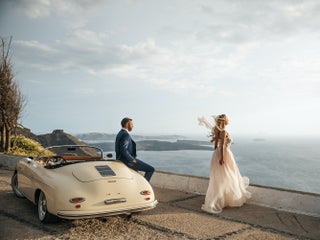 A man has been taking stunning pictures of his wife in her wedding dress for 12 years, and they have had photo shoots in 50 countries so far

For the past 12 years, Jeff Salvage has been taking photos of his wife Jennifer Salvage in her wedding dress all around the world. Jennifer intentionally picked a wedding dress that could fit into a backpack to allow the couple to travel. They have had photo shoots in 50 countries […] Alexandra Crisham and Dylan Johnson had a wedding cake made entirely out of cheese at their October 2019 nuptials. The cake was made up of four different types of cheese, and they served it alongside a charcuterie board and wings. The couple also had doughnuts during their reception to ensure […] A couple took photos in the ocean wearing full wedding attire, and the results are stunning

A Hawaii-based couple named Adrienne and Jonathan Pajot decided to do a wedding photo shoot in the ocean. The couple fully submerged themselves during the shoot, creating dreamy moments such as Adrienne’s wedding dress fanning out in the water. The photographerSunny Golden took the pictures, getting in the water and […] A bride had a ‘first look’ photo shoot with her brother on her wedding day, and the pictures are going viral

Ashley and Brian Sedar recently got married in Geneseo, New York. As part of the wedding celebrations, Ashley Sedar decided to have a first look photo shoot with her brother, Nick Rice, who has Down syndrome and served as a groomsman for the wedding. Rice said his sister was “the […] A couple took their wedding photos on an abandoned island in New York, and the pictures are stunning

New Jersey-based couple Dasha and Taylor Milova have a love of abandoned buildings, and they wanted to celebrate this interest on their wedding day. When they got married in 2017, the Milovas chose the Admiral’s House on New York’s Governors Island as their wedding venue. They got married during the […] When Tara Foley found out her 102-year-old grandma was in hospice and would be unable to attend her wedding, the then bride-to-be surprised her with a wedding dress reveal. It ended up being the last time the two would see each other, as Foley’s late grandmother, Stasia, passed away 27 […]