Several Fossil smartwatches are selling for 52% off during Amazon Prime Day 2020. As well as Fossil’s own Gen 5 Carlyle or Julianna, you can pick up smartwatches branded with Diesel, Michael Kors, Kate Spade, and Skagen. Running Wear OS, with support for popular Google services, and solid fitness tracking […] 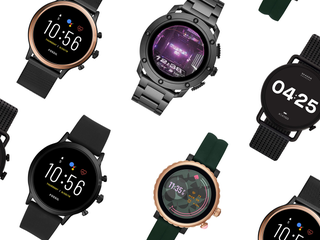 Google just went from being a nobody in wearables to a top player with Fitbit, and that’s sure to put an even bigger target on its back

Google has acquired smartwatch maker Fitbit for $US2.1 billion, giving it a sizeable presence in the wearable technology market. The move comes as lawmakers have been pressuring large tech firms like Google over whether their size and influence has enabled them to become too powerful. Google’s software already dominates the […] There’s nothing that compares to the Apple Watch, but I’m hopeful Google’s Fitbit acquisition will change that

There’s little doubt that the Apple Watch is more appealing than most smartwatches, whether they run Google’s Wear OS or their own operating systems like Fitbit’sFitbit OS. Apple Watches are appealing for their design, deep integration with the Apple ecosystem, and health and fitness monitoring features. Most smartwatches running on […] New job postings suggest that Google might be building the Pixel Watch, its long-rumoured rival to the Apple Watch

It looks like Google may be planning to build its own Pixel smartwatch to take on the Apple Watch after all. According to multiple jobs listings posted this week, Google is bulking up its wearables staff, including a Vice President of Hardware Engineering, Wearables. The new wearables exec will “be […] Google’s Wear OS smartwatch software packs a lot of features into a tiny package. From messaging to productivity to advanced fitness tracking, Wear OS watches have something for everyone. Here are 11 tips and tricks for getting started. So, you got a new Wear OS smartwatch over the holidays. That’s […] The Fossil Sport is a $US255 fitness-focused smartwatch. The watch has the latest and greatest smartwatch chip, and the new Wear OS from Google, meaning it’s one of the most powerful smartwatches you can buy right now. I’ve been using the watch on and off for the last few weeks, […] Fossil just debuted what it’s calling its most colourful smartwatch ever – and it might be its most powerful, too. The watchmaker on Thursday unveiled the Fossil Sport, a $US255 smartwatch that comes in six colours and has two standout internal features: the new Wear OS, Google’s new smartwatch operating […] Google made some subtle changes to its smartwatch operating system, Wear OS — and it proves that a little bit goes a long way

The new version of Google’s smartwatch operating system, Wear OS, isn’t exactly revolutionary. It’s not a major change, design-wise, to last year’s version, and it doesn’t really have any futuristic new features. Instead, Google made small changes that seem to have a singular focus: to make your life easier. The […] Skagen just debuted a new version of its gorgeous smartwatch, starting at $275 — here’s everything that’s new

One of the most beautiful smartwatches running Google’s Wear OS just got an upgrade. Skagen – a Danish-inspired, hyper-minimalist watch brand – introduced on Wednesday the Falster 2, an upgrade to the Falster smartwatch it introduced earlier this year. The Falster 2 looks nearly identical to the previous model, but […] The latest version of Google’s smartwatch operating system has arrived. On Wednesday, Google introduced a redesigned Wear OS. While it’s not a total overhaul, Google added a few new features and eliminated some of the minor gripes with previous versions of the design. The new OS is more fitness-focused, and […]

This AI startup may have cracked the code for an affordable, good-looking smartwatch. And it even works

If you’re a parent, there’s a very good chance you’re well sick of hearing your kids cry out the word “laggy”. It’s the next generation’s byword for “Why do mum and dad hate me so much?” It is also an excellent ratings system. Any new piece of technology that can […]

Samsung may have just accidentally leaked its upcoming smartwatch, the Galaxy Watch — here’s everything we’ve heard about it so far

In just a few weeks, Samsung will reportedly introduce the Galaxy Watch, its latest entry into the smartwatch game. But on Monday, the electronics maker may have accidentally ruined the big reveal. The smartwatch showed up on Samsung’s website Monday morning and was spotted by CNET’s Scott Stein. Samsung’s listing […] At first glance, the TicWatch Pro looks like any other men’s smartwatch. But if you look a little closer, you’ll notice one innovative feature that makes it stand out from the pack: It has two displays. The displays serve two different purposes, and allow the watch to switch between two […] Everything we’ve heard so far about the Pixel Watch, the rumoured Google smartwatch said to be coming later this year

This may be the year Google finally releases its own smartwatch. According to gadget tipster Evan Blass, Google has been working on a lineup of new products, including new Pixel phones, second-generation Pixel Buds, and a new smartwatch that will also fall under the Pixel branding. This would be a […] We have tested and extensively researched dozens of smartwatches to find the best makes and models for all sorts of users. After much testing, we find that the Apple Watch Series 6 is the best smartwatch overall, thanks to its ease of use, and extensive health-related features. Of course, the […] 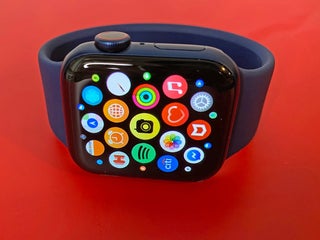