A New York judge refuses to dissolve the NRA; Letitia James says her office is considering next options

In a blow to New York Attorney General Letitia James, a judge has refused to dissolve the NRA; Wednesday's ruling keeps the rest of her case alive. 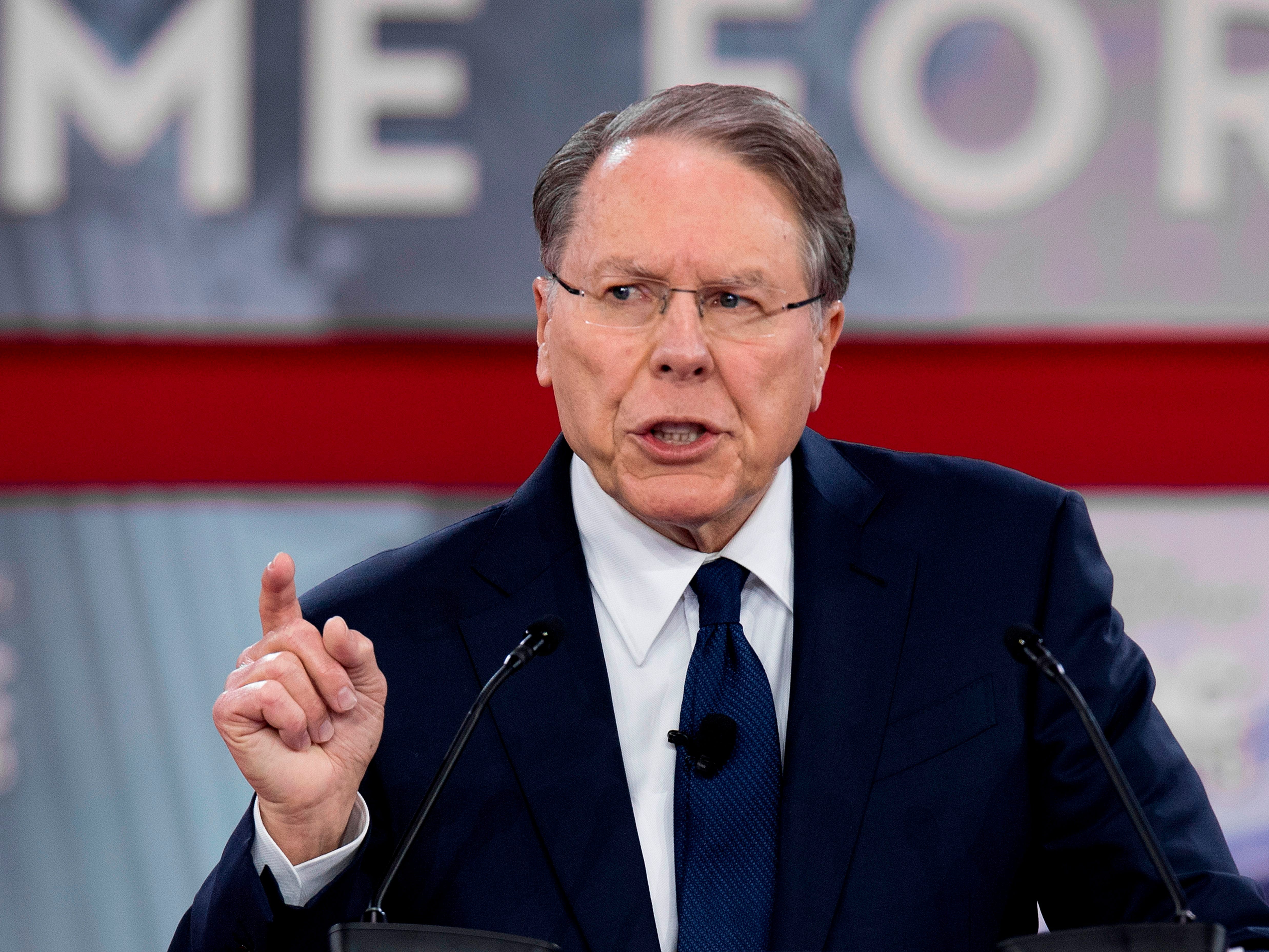 Taxidermy records obtained by The New Yorker show the elephants' feet were turned into home decor such as stools, an umbrella stand, and a trash can.

A federal judge last month dismissed the NRA's request to declare bankruptcy and said its petition to do so had not "been filed in good faith." 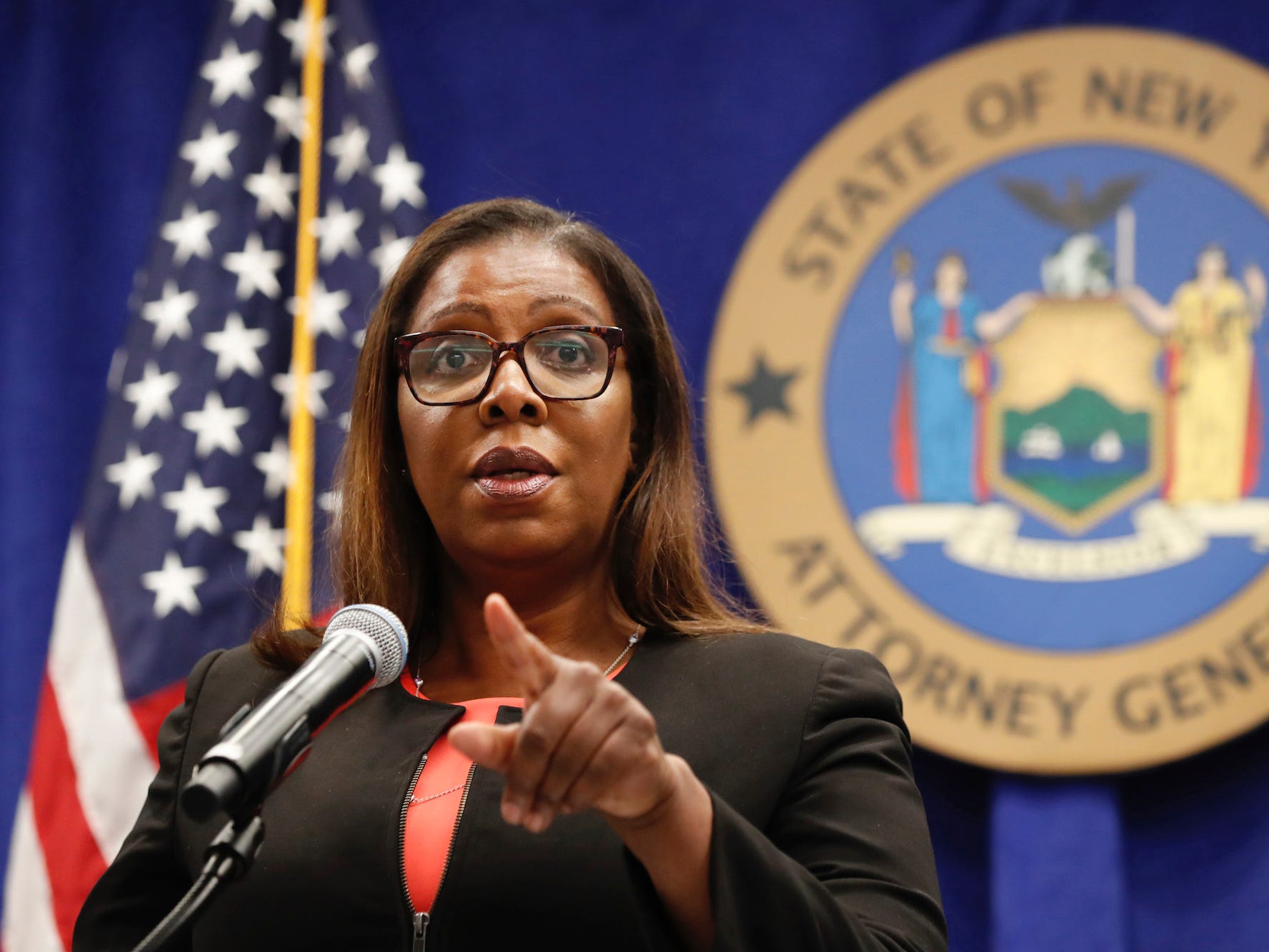 A Texas judge threw out the NRA’s bankruptcy case, clearing the way for New York’s attempts to dissolve the group

New York Attorney General Letitia James sued the NRA in August, accusing the organization of corruption and seeking to dissolve it. 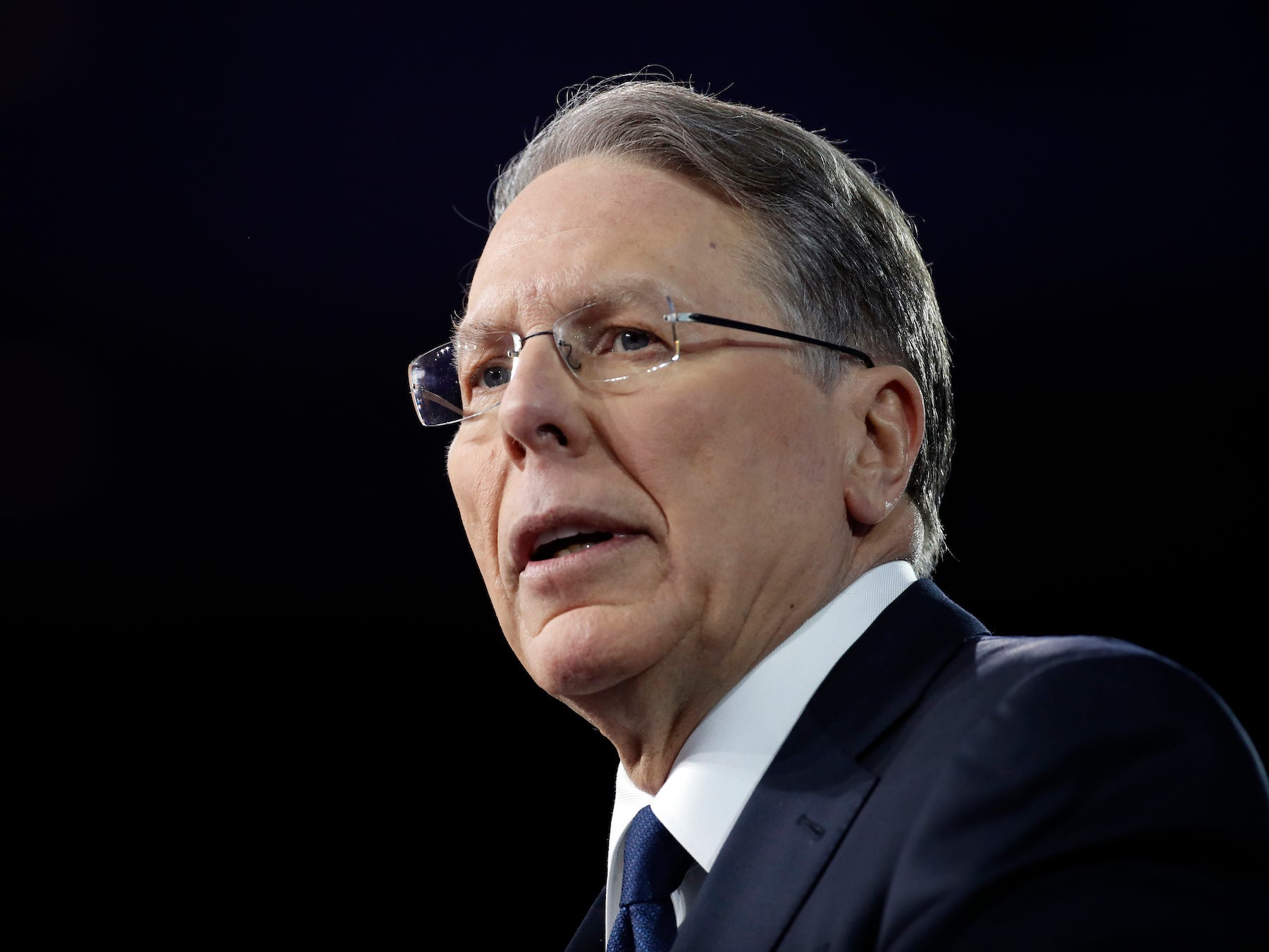 The program never aired due to concerns the footage could cause a public relations crisis, according to The New Yorker. 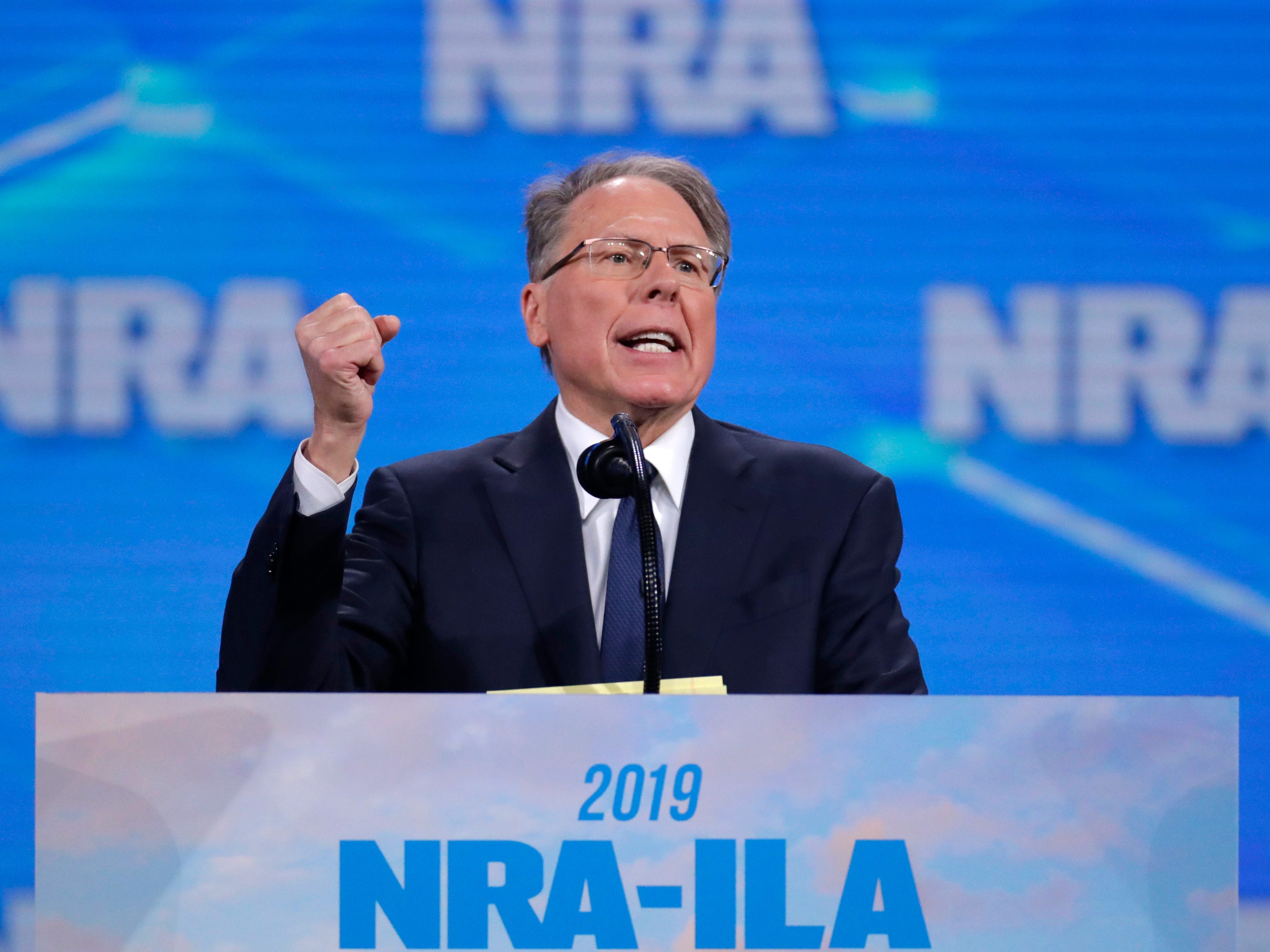 Summary List Placement Joshua Powell, the former chief of staff to the head of the National Rifle Association, Wayne LaPierre, tore into the organisation in an upcoming book set to be released next week,The New York Times reported. In “Inside the N.R.A.: A Tell-All Account of Corruption, Greed, and Paranoia […] 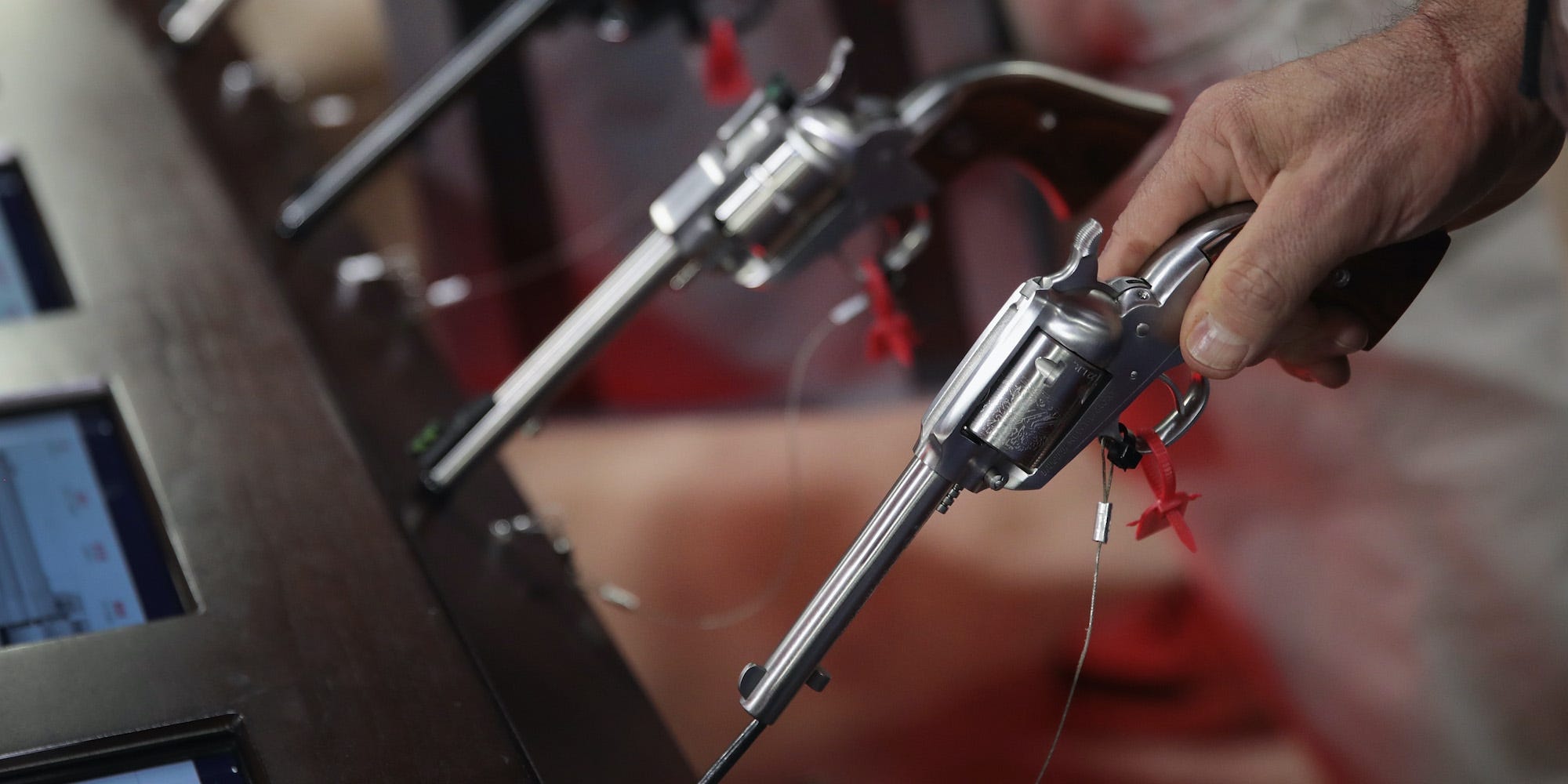 New York Attorney General Letitia James announced Thursday that her office has filed a lawsuit seeking to dissolve the National Rifle Association in its entirety. James cited 18 “causes of action” that she said showed how the NRA violated state laws and abused its status as a nonprofit organisation. The […] 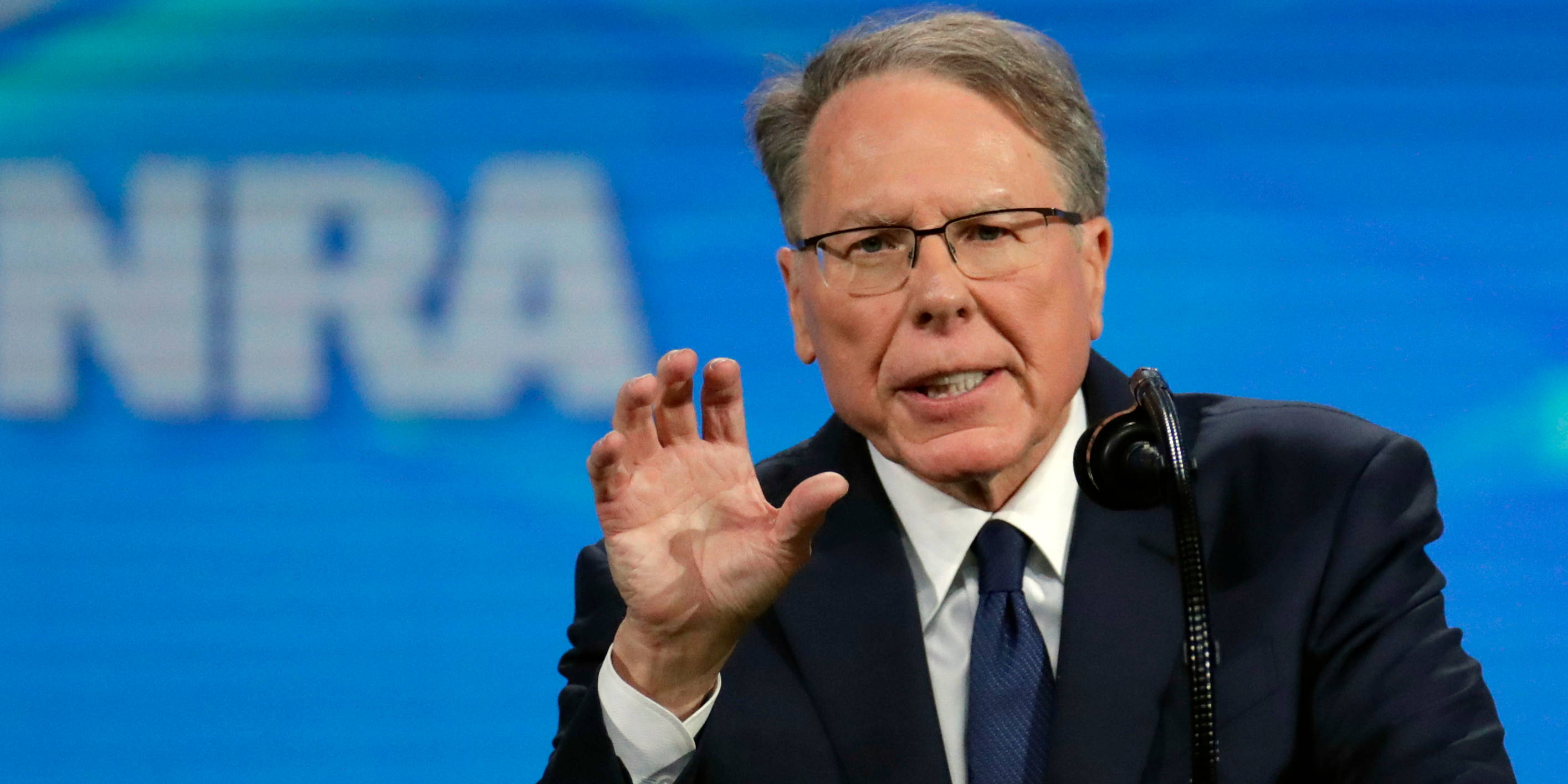 NRA leaders ripped into NRATV content as “distasteful and racist” in a new court filing linked to a lawsuit with the ad firm that created the now-defunct TV station. “One particularly damaging segment featured children’s cartoon characters adorned in Ku Klux Klan hoods,” the court filing stated. “Tellingly, when NRATV […]
News Sep. 28, 2019, 8:24 AM

President Donald Trump met with National Rifle Association chief Wayne LaPierre on Friday and discussed how the NRA could help Trump fight impeachment and also asked him to back off gun reform, according to The New York Times. The Times reported that LaPierre offered “financial support for the president’s defence” […]
News Sep. 17, 2019, 6:25 AM

The National Rifle Association doubled its Facebook ad spending after the mass shootings in El Pass, Texas and Dayton, Ohio last month, the Intercept reported. Only a day after the shooting in El Paso, which killed 22 people, and in Dayton, killing 10, the NRA ramped up its spending to […]
News Aug. 21, 2019, 8:50 AM

Ivanka tried convincing Trump on background checks by visualising it as a ‘historic’ Rose Garden ceremony. The NRA had other thoughts.

President Donald Trump was moving closer to supporting meaningful background checks, a legislative proposal that has historically incensed the National Rifle Association but has gained bipartisan traction in the wake of two mass shootings earlier this month. The idea was also advocated by White House senior adviser and first daughter […]
News Aug. 14, 2019, 5:48 AM

Four members of the National Rifle Association’s board of directors have resigned in recent days, as the organisation endures infighting and controversy over its leadership and finances. Julie Golob, a professional sport shooter, announced in a statementMonday that she would not complete the full three-year term she had committed to. […]
Lifestyle Aug. 9, 2019, 1:26 AM

NRA head Wayne LaPierre made $1.4 million in 2017. Here’s what we know, and don’t know, about the finances of America’s most public gun rights advocate, who can reportedly change Trump’s mind on gun policy with a single phone call.

Wayne LaPierre is the CEO and executive vice president of the National Rifle Association(NRA), an American gun rights advocacy group. While LaPierre’s exact net worth is unknown, one estimate has put it at $US10 million. He was paid more than $US1.4 million in total compensation in 2017, according to NRA-filed […]
News Jun. 16, 2019, 4:44 AM

Financial documents show the NRA is living ‘paycheck to paycheck,’ and ended 2018 $10.8 million in the red

The NRA’s 2018 financial report reveals more details about the financially troubled organisation’s income and spending. It is the latest revelation about the politically prominent group’s internal turmoil, which has shaken its leadership and roiled its membership. Visit Business Insider’s homepage for more stories. The National Rifle Association’s 2018 financial […]
News May. 12, 2019, 1:22 PM

The National Rifle Association is facing extraordinary legal bills that “pose an existential threat to the financial stability” of the organisation, leaked letters say. Invoices from a lawyer that at one point topped $US24 million “are draining NRA cash at mind boggling speed,” according to an April 18 letter written […] The National Rifle Association has long been plagued by rumours of infighting between two of its key leaders: Oliver North and Wayne LaPierre. NRA President Oliver North announced through a proxy that he would step down from his role at the NRA’s 2019 annual meeting. LaPierre, the longtime face of […]
News Oct. 6, 2017, 6:50 AM

"Show some basic decency."
Next Page »