Italy’s competition regulator on Monday hit Apple with a 10 million euro ($US12 million) fine over claims the tech giant made about iPhones’ water resistance. The regulator said Apple’s claims about how deep and long its iPhones could go in water without sustaining damage were only true under laboratory conditions. […] 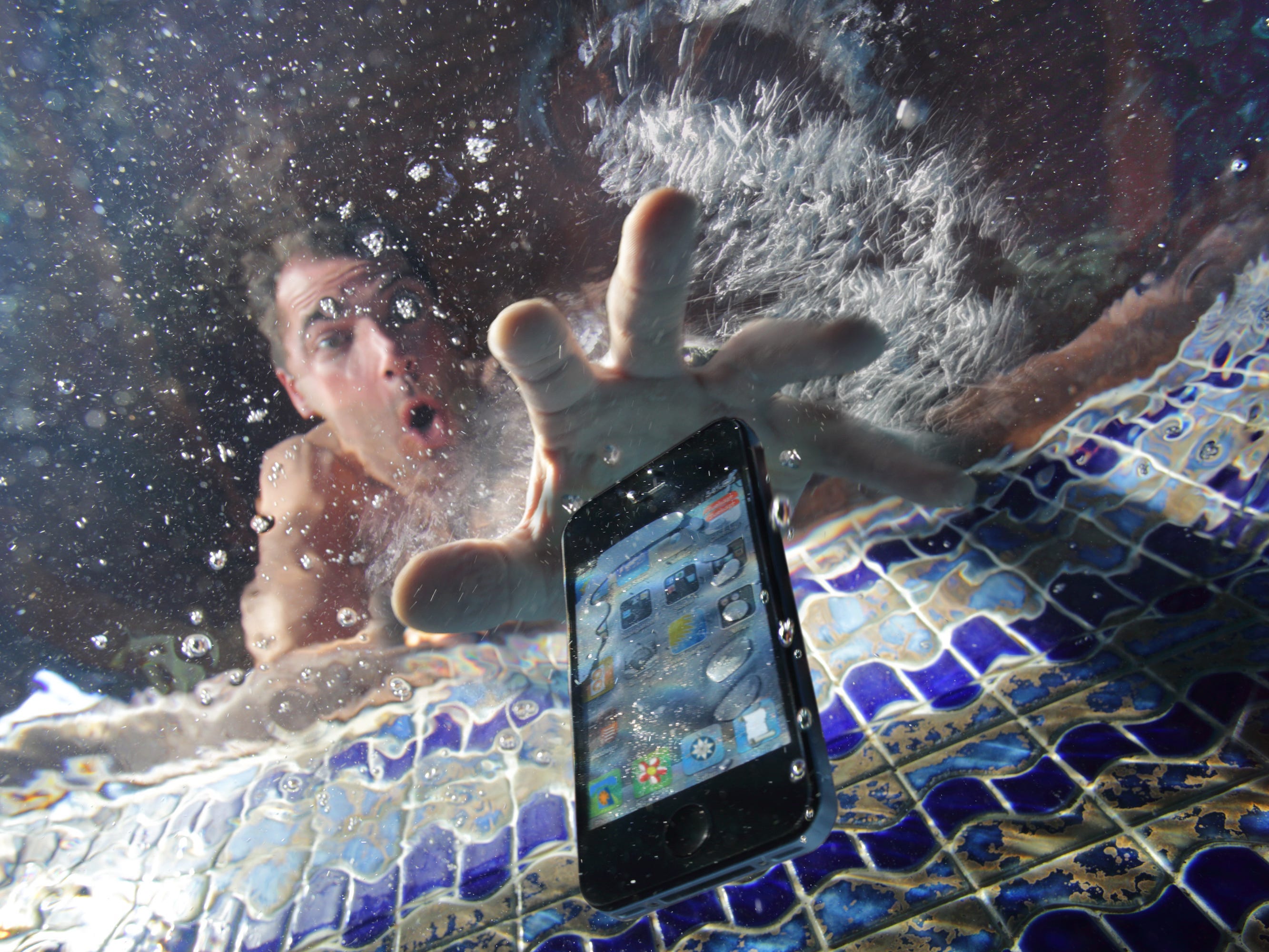 ‘Can you shower with an Apple Watch?’: You can in theory, but it may damage the device — here’s what you need to know

While you can shower with an Apple Watch on in theory, it’s not recommended. Your Apple Watch is water-resistant – not waterproof – and the full act of showering (specifically applying soaps, soapy water, and shampoo) can damage the device and negatively impact an Apple Watch‘s water resistance. Make sure […]
Tech Apr. 4, 2019, 8:39 AM

Your Apple Watch is water-resistant, not waterproof — here’s what that means, and how you can use your Watch in the water

No Apple Watch version is waterproof – however, they are all water-resistant, which is slightly different. If you have an Apple Watch2, 3, 4, or 5, you can take your watch as deep as 50 feet underwater without worrying about any damage. You should avoid submerging a Series 1 watch, […]
Tech Mar. 12, 2019, 6:31 AM

How to tell if your Samsung Galaxy phone is waterproof or water-resistant, and to what extent

Recent models of the Samsung Galaxy phone, including the new S10 models, are water-resistant to a degree, but you should still use caution with these pricey devices. All Galaxy models dating back to the Galaxy S7 have the same water-resistance rating of IP68. Damage or wear and tear caused by […]
Tech Mar. 1, 2019, 6:00 AM

How to tell if your iPhone is waterproof or water-resistant, and to what extent

The iPhone 7 and iPhone 7 Plus, introduced in 2016, were the first water-resistant iPhones released by Apple. Every iPhone released since has also been water-resistant. Note, however, that water-resistant isn’t the same as waterproof. Any iPhone can still be damaged by heavy or frequent water exposure. With AppleCare+ up […]
Tech Jan. 25, 2019, 6:50 AM

This is the smartphone of the future: no holes, no ports, no wires, and no buttons

Meizu, the 11th-largest smartphone maker and one of the most popular consumer tech brands in China, announced its latest smartphone in January. We break down the radical design of the Meizu Zero below. Visit Business Insider’s homepage for more stories. This is the smartphone design of the future. Meizu, one […]
Tech Oct. 17, 2018, 1:40 AM

Amazon’s new Kindle Paperwhite is the lightest Kindle ever, has double the storage than before, and can withstand being submerged in water for 60 minutes

Amazon announced its newly designed Kindle Paperwhite on Tuesday. The new Paperwhite is water-resistant, so you can finally read comfortably poolside. It also features built-in Bluetooth for Audible streaming, so you can seamlessly move between listening and reading without losing your place. It costs $US129.99 and will available for pre-order […]
US Jul. 3, 2017, 7:55 PM

This spray fixes the most annoying thing about suede shoes

There’s one thing everyone really wants from their smartphones

The iPhone is finally waterproof!

Apple on Wednesday unveiled the latest entry in its flagship smartphone series, the iPhone 7.
Tech Sep. 8, 2016, 4:15 AM

Every phone needs to have this waterproof technology

VIDEO: A UCLA scientist is developing technology that could increase speed and efficiency of large cargo ships and oil tankers
Next Page »