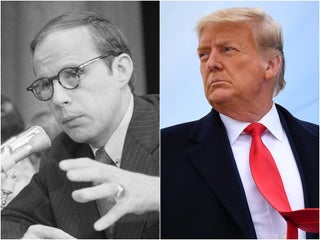 G. Gordon Liddy, a former FBI agent, was convicted of conspiracy, burglary, and illegal wiretapping for his role in the Watergate break-in. 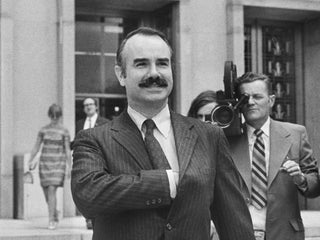 Nixon’s White House counsel, who played a key role in the Watergate scandal, says Trump could get indicted by the Manhattan DA within days

John Dean, who turned on Nixon and became a key witness in the Watergate coverup, was commenting on Michael Cohen's latest activity. 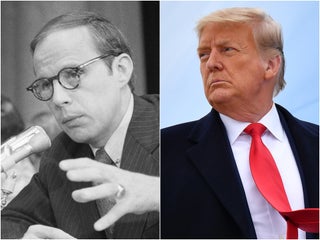 Carl Bernstein, whose reporting on Watergate in the 1970s led to President Richard Nixon’s resignation, appeared on CNN on Sunday to discuss a call between President Donald Trump and Georgia’s secretary of state. In the call, Trump asked Brad Raffensperger to “find” more votes to overturn President-elect Joe Biden’s win […] 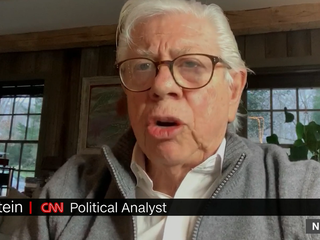 GOP Sen. Ted Cruz of Texas said on Friday that the party could experience “a bloodbath of Watergate proportions” in the November elections. “If people are going back to work, if they’re optimistic, if they’re positive about the future, we could see a fantastic election,” Cruz said. Cruz was referring […] 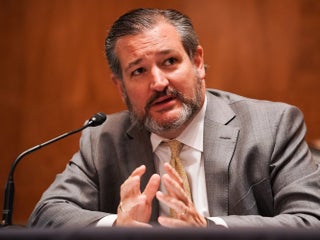 Why Trump agreed to be interviewed by Bob Woodward 18 times, despite everyone else’s advice

Top aides are said to be baffled about why President Donald Trump agreed to 18 separate interviews with the veteran reporter Bob Woodward. In the recorded conversations, first unveiled Wednesday, Trump can be heard making damaging admissions, including that he deliberately downplayed the threat of the coronavirus in the early […] 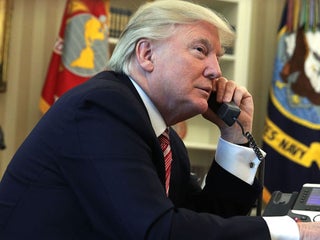 The veteran reporter Carl Bernstein, who reported on the Watergate scandal with Bob Woodward, has said his former colleague’s revelations about President Donald Trump and COVID-19 are “graver than in Watergate.” Woodward recorded the president telling him in February that the novel coronavirus was “deadly” and then telling him in […] 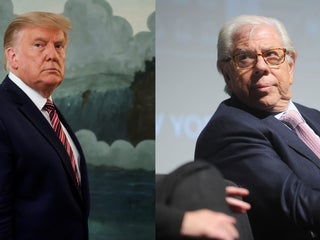 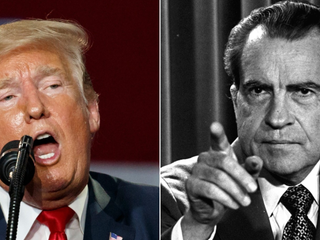 President Donald Trump on Friday abruptly fired two key impeachment witnesses who testified against him. They are US Ambassador to the EU Gordon Sondland and top National Security Council official Alexander Vindman. Trump also fired Vindman’s twin brother, who also worked in the White House but was not involved in […] The Watergate prosecutor Nick Akerman in an interview with Newsweek said Ambassador Gordon Sondland’s testimony was a “tipping point” in the impeachment inquiry into President Donald Trump. “There’s no defence to any of it now, there’s nothing,” Akerman said. “What’s he going to say, the Devil made me do it? […]

Justice Department lawyers on Tuesday argued that House Democrats should not be able to obtain grand jury material redacted from the Mueller report as part of their impeachment probe into President Donald Trump, according to CNN, NBC News, and The Washington Post. They argued that a landmark 1974 ruling that […] To drum up support for President Donald Trump’s impeachment, congressional Democrats have taken a page out of the Watergate playbook and will hold a series of televised hearings on the former special counsel Robert Mueller’s findings in the Russia probe. If history is any indication, Congress is well positioned to […] Veteran journalist Bob Woodward said people close to President Donald Trump say he’s too disorganized to have conspired with Russia to interference in a US election. “People who work with Trump say: You can’t even organise your own government,” Woodward told Axios. “How could you possibly organise a conspiracy with […] Former Watergate prosecutor said President Donald Trump’s tweet about being “all alone” in the White House reminded him of Richard Nixon’s last days before his resignation. Nick Akerman said Nixon “really kept to himself” in the last days of his presidency. He was referring to Trump’s tweet on Christmas Eve […] The White House may strip 9 former officials of their security clearances, and it’s reminding people of Nixon’s infamous ‘Enemies List’

The White House announced the revocation of former CIA Director John Brennan’s security clearance last week, and said the clearances of nine other former officials are under consideration for revocation. Some of the former officials are vocal critics of President Donald Trump, and their potential punishment sparked concern Trump was […] It emerged on Friday that special counsel...

While promoting her new memoir on the...