Apple just announced when it’s holding its biggest event of the year, which is happening virtually for the first time

Apple has announced that its annual WWDC conference will start on June 22. The event is happening entirely virtually for the first time because of the coronavirus pandemic. WWDC usually provides a preview of what Apple has planned for the future of the iPhone, Apple Watch, and other important products. […] 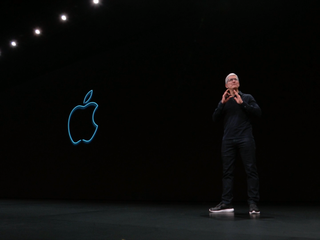 Apple is trying to give you another big reason to use the Apple Watch at the gym, and it’s further evidence that it’s becoming a force in the fitness industry Apple is launching the Apple Watch Series 5 on September 20. It starts at $US400 and brings a built-in compass, an always-on display, and international emergency calling to the Apple Watch, among other improvements. But Apple still sell the Series 3, which offers all of the basics for about half […] Apple is finally launching a cycle tracker this week, and there’s a compelling reason to use it over third-party apps

Apple will launch its native period-tracking app for the iPhone and Apple Watch this week. The new “Cycle Tracking” app will allow users to track their periods, symptoms, and fertility windows without having to use a third-party app. Apple added some period tracking features to HealthKit in 2015 after the […] A new leak suggests the next Apple Watch will be the first to come in titanium, just like the Apple Card Everything we know about the next Apple Watch, which could launch as soon as this week

Apple has typically released a new version of the Apple Watch in September, so there’s a chance it could do so again during its big event on September 10. Rumours suggest Apple might add sleep tracking to future Apple Watch models and bring back the ceramic casing option. Visit Business […] The Apple Watch can’t track sleep natively, but there are a host of third-party apps in the App Store that can turn your watch into a sleep monitor. Several of these apps provide basic functionality, like monitoring how long you’ve slept, the quality of your sleep, and your heart rate […] The 8 best features coming soon to your Apple Watch

The Apple Watch is getting a huge update later this year. WatchOS 6 introduces new ways to track your health, and lots of new watch-face styles to pick and choose from. We rounded up the best Apple Watch features to look forward to in WatchOS 6. Visit Business Insider’s homepage […] Apple just announced a slew of new features for Apple Watch that will be packed into its upcoming watchOS 6. But those new features won’t include the ability for it to display the time at all times. This limitation is glaring because it’s a basic watch function, and other smartwatches […] Apple’s new watch update is the missing piece of the puzzle the Apple Watch needed, and Fitbit should be worried

The Apple Watch should get better at tracking health trends over time with its watchOS 6 update, which represents a key area in which Apple’s smartwatch was lacking as a fitness tracker. Among the new features coming in watchOS 6 are capabilities that Fitbit has long offered, such as providing […] Apple announced the newest software update to its Apple Watch on Monday at its biggest conference of the year. WatchOS 6 includes an App Store for downloading apps directly from your Watch, more watch faces, and updated health and fitness capabilities. Check out all the features available on the newest […] Here’s everything Apple just announced at WWDC, its biggest event of the year

Apple’sWorldwide Developers Conference kicked off Monday with an opening keynote from CEO Tim Cook and other top executives. Software updates for the iPhone, iPad, Apple Watch, and Mac, along with a new Mac Pro, were among Apple’s biggest announcements. Here’s everything Apple announced at WWDC 2019. Visit Business Insider’s homepage […]