Martha Stewart swatted down the rumors during a Thursday appearance on "Watch What Happens Live with Andy Cohen." 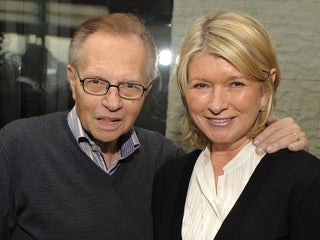 "Katie is an old friend and old friends can say anything they damn well please," Martha Stewart said on Thursday's episode of "Watch What Happens Live." 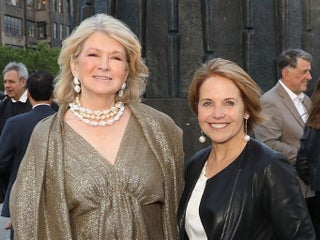 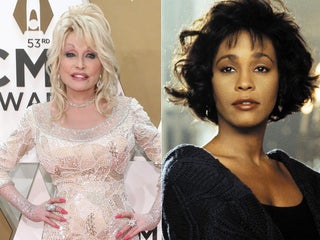 Hunt revealed on "Watch What Happens Live with Andy Cohen" that she would direct with the screenwriters behind "Blindspotting" writing the script. 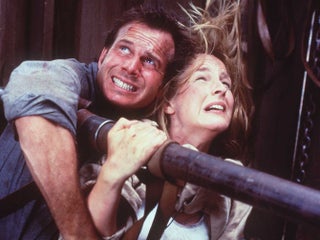 Mark Consuelos confirmed that he and Kelly Ripa briefly broke up one week before the two eloped in Las Vegas back in 1996. During an appearance on Bravo’s “Watch What Happens Live With Andy Cohen” Wednesday, Consuelos said both of them had to make an appearance on a Mother’s Day […]

Nina Dobrev defends her friendship with her ex Ian Somerhalder and his wife Nikki Reed: ‘I don’t see any problem with that’

Nina Dobrev appeared on Bravo’s “Watch What Happens Live” on Wednesday and was asked if she thinks it’s “weird” that she’s friends with her ex Ian Somerhalder and his wife, actress Nikki Reed. In response to the question from a fan, the 30-year-old star said: “I don’t think that’s weird […]

Andy Cohen revealed he’s expecting a baby through a surrogate

Andy Cohen announced on “Watch What Happens Live” on Thursday that he is expecting his first child through a surrogate. The Bravo talk show host says his baby is due in approximately six weeks. “I cannot wait for what I envision will be the most rewarding chapter yet,” Cohen, 50, […]

Lenny Kravitz appeared on Bravo’s “Watch What Happens Live” on Wednesday and opened up about the relationship between his daughter, Zoë Kravitz, and his ex-fiancée, Nicole Kidman. When asked by a fan if it’s “weird” to see Zoë and Kidman star alongside each other on HBO’s “Big Little Lies,” the […]

Gayle King says if her best friend Oprah ran for president in 2020, she’d pick a ‘seasoned politician’ as a running mate

Gayle King would not be Oprah Winfrey‘s running mate if Winfrey were to run for president. King said if Oprah were to consider running, she’d pick a “seasoned politician.” The “CBS This Morning” host qualified that she’s not confirming Winfrey’s plan to run. Winfrey has continued to deny a 2020 […]

Lenny Kravitz discussed his friendship with Mariah Carey on Bravo’s “Watch What Happens Live with Andy Cohen.” Kravitz said Carey “knew she had the talent,” even while working as a coat check girl at a sports bar. “We all used to hang out on the Upper West Side at a […]

Megan Fox and director Michael Bay famously had a falling out after the second “Transformers” movie. The two later made up and are now friends. Fox told Andy Cohen on Bravo’s “Watch What Happens Live” that she reached out first to make up. There’s no longer any bad blood between […]

Terrence Howard thinks Marvel could have a ‘huge franchise’ if he returned as War Machine, but says ‘f— ’em’

During an interview on “Watch What Happens Live with Andy Cohen,” Terrence Howard said that Marvel “could have a huge franchise” if he returned to play James Rhodes/War Machine in the Marvel Cinematic Universe. But he’s not interested: “F— ’em,” he said. Howard played Rhodes in “Iron Man,” but was […] Matthew Perry reveals the ‘Friends’ storyline he had to kill

Matthew Perry revealed there was at least one... ANDY COHEN: Here’s how to get someone to tell you something they might not want to share Hugh Grant has very nice things to say about Donald Trump: ‘I won’t hear a word against him’