WNBA star Natasha Cloud bailed out a Florida woman charged with criminal mischief and providing a fake name to police officers after destroying Trump campaign signs in Flagler County, Florida. The Washington Mystics guard asked her Twitter followers to “figure out what her bail is for me!” early Tuesday morning […] 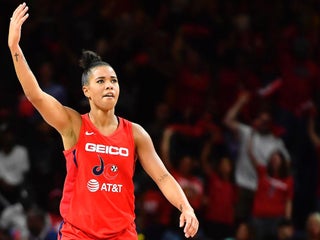 WNBA players are abstaining from play in light of the police shooting of Jacob Blake, a Black man shot seven times in the back by a police officer. Though players initially intended to forge on with Wednesday’s slate even after the NBA’s players forced their games’ cancelation, the Washington Mystics […] 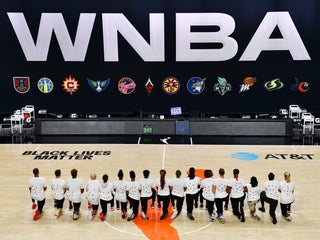 The Washington Mystics defeated the Connecticut Sun on Thursday night to win their first WNBA title. The Mystics were led by league MVP Elena Delle Donne, who played through several injuries to help her team take the championship. After the game, one of Delle Donne’s teammates revealed that her injuries […] The WNBA ruled that the Las Vegas Aces forfeited a game they decided not to play after 25 hours of travel delays. The Aces were supposed to play the Washington Mystics at 8 p.m. last Friday, but opted not to play due to player safety concerns after they didn’t get […]