"They knew exactly what we're going to do before we did it, and they took advantage of it," a US general revealed. 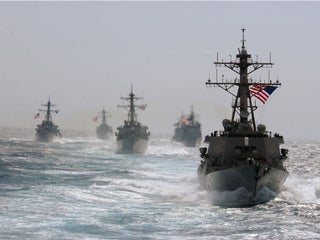 War games are being scrapped as the coronavirus spreads, but a massive exercise involving thousands of US troops is still on in Europe

Several joint military exercises involving US military personnel have already been cancelled, postponed, or scaled down in response to the coronavirus pandemic. But, as the virus tears through parts of Europe, Defender Europe 20, one of the largest joint war games in decades, is still on, although additional guidance is […] 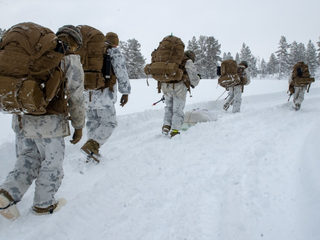 President Donald Trump sided with North Korean leader Kim Jong Un over long-time ally South Korea on Friday. Kim explained in a letter to the president that recent missile tests were in response to US-South Korean joint military exercises. “He wasn’t happy with the war games,” Trump said. “You know, […] The US might very well lose a high-end fight against a near-peer threat like China or Russia, two war-gaming experts said Thursday. “In our games, when we fight Russia and China, ‘blue’ gets its arse handed to it,” said David Ochmanek, a RAND analyst, referring to a colour code used […] Two Russian Tu-95 Bear bombers approached Alaska Tuesday, causing the US to dispatch two F-22 stealth fighters to enter the strategic Cold War-era bombers. Tuesday’s incident, which came as Russia and China kicked off massive war games in eastern Russia, marks the second time in a month US fighters have […] Russia is preparing for what officials there have called the country’s largest military exercise since the Cold War. China and Mongolia are also joining, both for the first time. The US plans to monitor the exercises seeing them as “strategic messaging” by Moscow and Beijing. On Friday, two US F-22 […]