I traveled across the East Coast for my honeymoon, and I saw firsthand that the labor shortage is worse than ever

The tight labor market has left some business owners feeling that no one wants to work anymore, but that's not the reality. 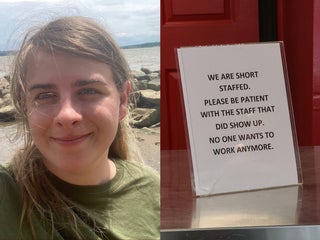 A labor shortage is forcing chains like Subway and Dunkin’ to cut hours, close dining rooms, and push employees to work harder than ever

McDonald's, Subway, Dunkin' and other fast-food chains are scrambling to find workers to fill open positions as the economy reopens. 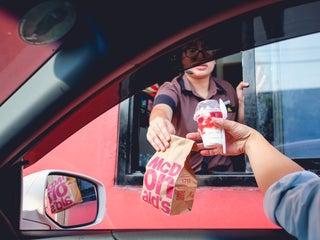 A Florida McDonald’s is paying people $50 just to show up for a job interview, and it’s still struggling to find applicants

The McDonald's franchisee who owns the restaurant, Blake Casper, told Insider that restaurants are "scrambling for help." 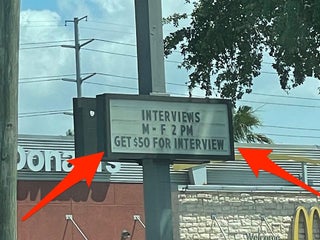 In-demand employees are more likely to be concerned about voter suppression, and less likely to be worried about claims of voter fraud, experts say. 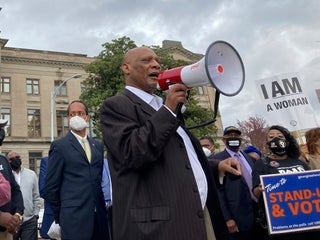 Home Depot and Lowe’s are gearing up to hire 133,000 employees for the springtime rush

Home Depot and Lowe’s plan to hire thousands of employees this spring. Open roles will include both seasonal jobs and more permanent full-time and part-time positions. Springtime is traditionally the busiest season for the home improvement sector. Visit Business Insider’s homepage for more stories. Home Depot and Lowe’s are set […] 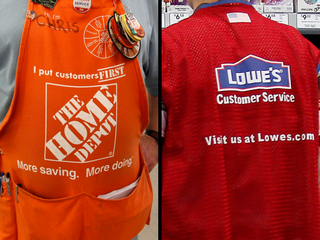 Walmart is testing raising starting wages for some store employees, the retailer confirmed to Business Insider. The superstore has created two new positions in 500 stores that will start at more than the standard $US11 an hour for Walmart employees. The new team associate role starts at $US12 an hour, […] Shake Shack has rolled out a 4-day workweek at dozens of locations, as the CEO says it’s ‘never been harder’ to attract and retain workers

Shake Shack has rolled out a four-day workweek for managers at a third of its locations, CEO Randy Garutti said on Tuesday. “It’s never been harder” to attract, retain, and find high-quality employees, Garutti said. The CEOs of TGI Fridays and Darden Restaurants, the parent company of Olive Garden and […] Restaurant-industry insiders say the cost of labour is once again a top concern in 2020, as many companies struggle to retain workers and keep up with rising wages. The CEOs of TGI Fridays and Olive Garden’s parent company said at the ICR Conference in Orlando, Florida, on Monday that labour-related […] Taco Bell will begin offering a $US100,000 salary for the general managers of certain company-owned locations later this year. The fast-food chain also announced on Thursday that it is now offering paid sick time for all workers. Fast-food chains are battling for talent as the US unemployment rate hits new […]

Fast-food chains like McDonald’s, Chipotle, and Taco Bell are desperately trying to hire and retain workers. US unemployment is hovering near its lowest point in decades, hitting 3.7% in June according to government data. Chains are adding new perks to win over workers, such as Shake Shack which is testing […] Kohl’s announced on Wednesday that it is starting its hiring process for seasonal holiday workers. The department-store chain is getting ahead of the pack in finding workers amid a labour shortage in the retail sector. Visit Business Insider’s homepage for more stories. Kohl’s is getting a head start on hiring […] Jeff Bezos called for Amazon’s competitors to raise their minimum wage. Here’s how retail rivals like Walmart, Target, and Costco stack up on worker pay.

AmazonCEO Jeff Bezos called for competitors to match the company’s $US15 minimum wage in his letter to shareholders. Amazon raised its minimum wage to $US15 per hour in October. Here’s how entry-level pay at retail rivals such as Costco, Walmart, and Target compare. Amazon CEO Jeff Bezos is challenging his […] Target has hiked its starting wage to $US13 an hour, it announced Thursday. The company’s announcement comes amid retail’s ongoing war for talent. Previously, Target declared that it intended to raise starting wages to $US15 an hour by 2020. Visit Business Insider’s homepage for more stories. Target is bumping its […] Home Depot is on a massive hiring spree for the spring rush. In order to hire around 80,000 store associates, Home Depot is reportedly putting some new in-house technology to use. The home improvement retailer’s campaign features a few strategies that other retailers are unleashing in the war for talent […] Target will raise its starting wage to $US15 an hour in the near future. During Target’s 2018 earnings call, CEO Brian Cornell announced that the starting wage would get a boost by 2020. The company’s anticipated wage increase comes in the wake of Amazon’s minimum wage hike to $US15 an […] Kohl’s sends out offer letters to the applicants accepted for its college internship program. Todd McClement, the director of talent acquisition at Kohl’s, told the audience at National Retail Federation’s 2019 Big Show that his company also mails letters to candidates’ parents. The Kohl’s executive explained that parents often have […] McDonald’s is debuting new career and academic advising tools for workers, the fast-food giant announced on Tuesday. The move follows McDonald’s announcement earlier this year that it plans to triple employee tuition assistance. Fast-food chains are looking for creative solutions to win over workers as competition for labour heats up. […] JCPenney is looking for ways to stand out from the crowd as a “war for talent” hits the retail sector. On Tuesday, JCPenney hosted a nationwide hiring day where applicants were invited to come in to its stores and interview for jobs. To entice workers, it offered expensive prizes to […] Fast-food chains in the US are scrambling to find employees, and it could be making American’s dining out experience worse

Chains like McDonald’s and Taco Bell are struggling to fill positions and retain workers, with 898,000 jobs open in the accommodation and food-services industry in August. “I don’t see this problem getting easier,” Panera Bread’s CEO Blaine Hurst told Business Insider during a recent interview. The scramble to find waiters, […]