Walmart says it will require vaccinations for most corporate employees

The deadline for certain Walmart employees to receive vaccinations will be October 4, 2021, according to a memo.

The CDC recommends that fully-vaccinated individuals "wear a mask in public indoor settings" if they live in areas with "high transmission." 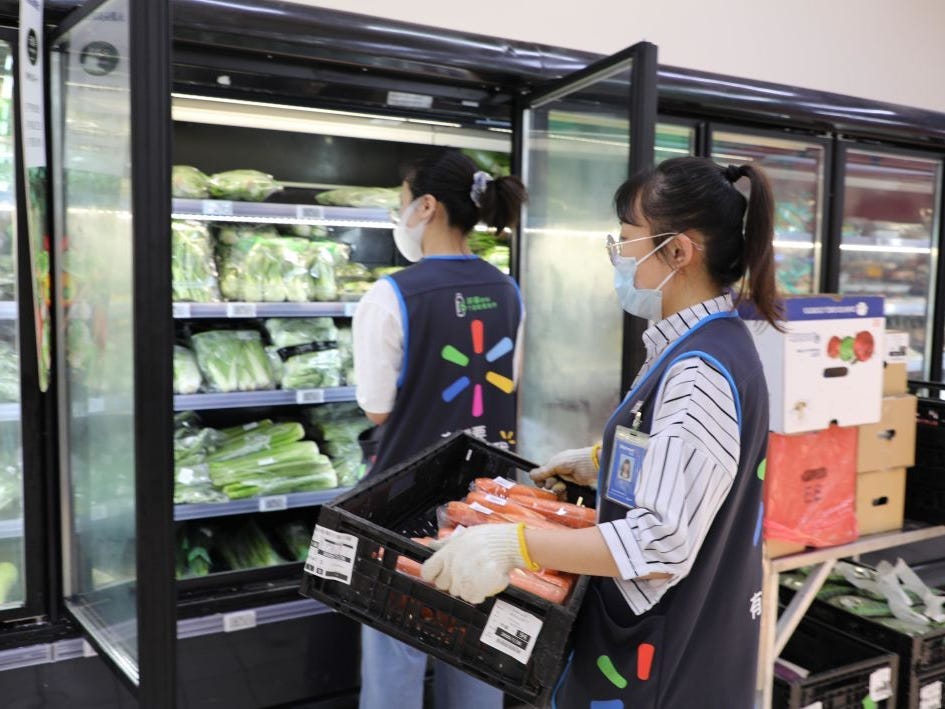 Walmart workers reveal the most shocking part of their jobs, from customers snacking in the store to people trying to return boxes filled with bricks or well-worn underwear

Walmart is a global retail powerhouse with nearly 1.6 million employees in the US alone. Insider spoke to six former and current workers. 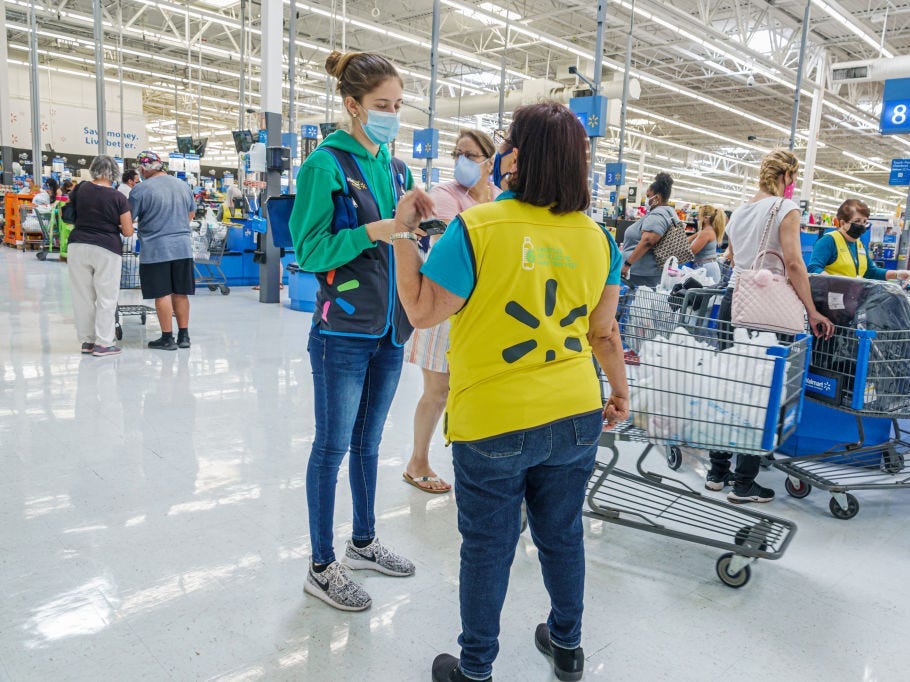 Walmart is giving out 740,000 Samsung Smartphones to store employees as the retail giant rolls out a new app for its workforce 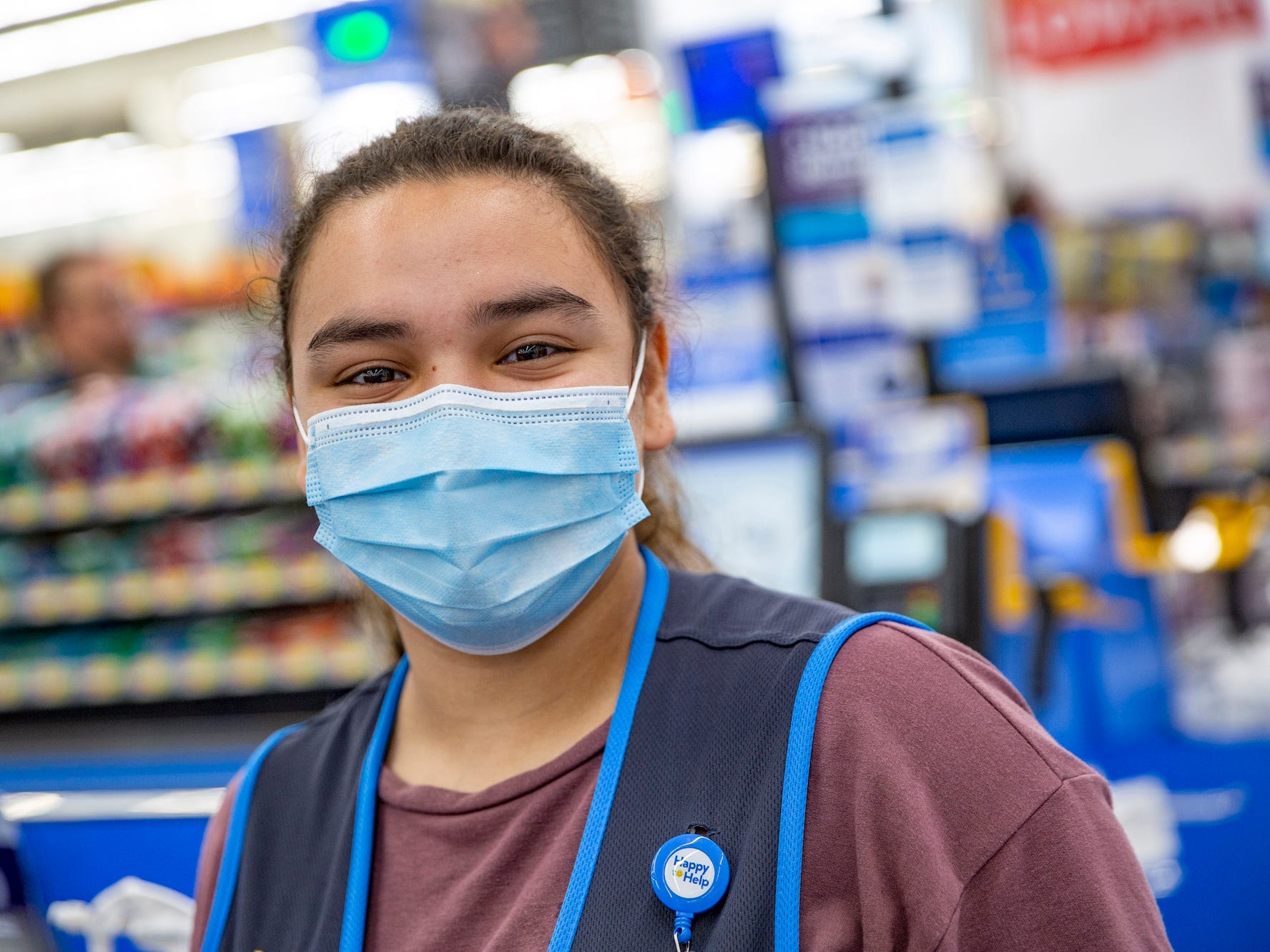 Women of color make up 1 in 4 hourly workers at Walmart, but less than a tenth of executives

Black and Latino people accounted for 39% of hourly workers at Walmart, but just 14% of US executives, in 2020, the company reported. 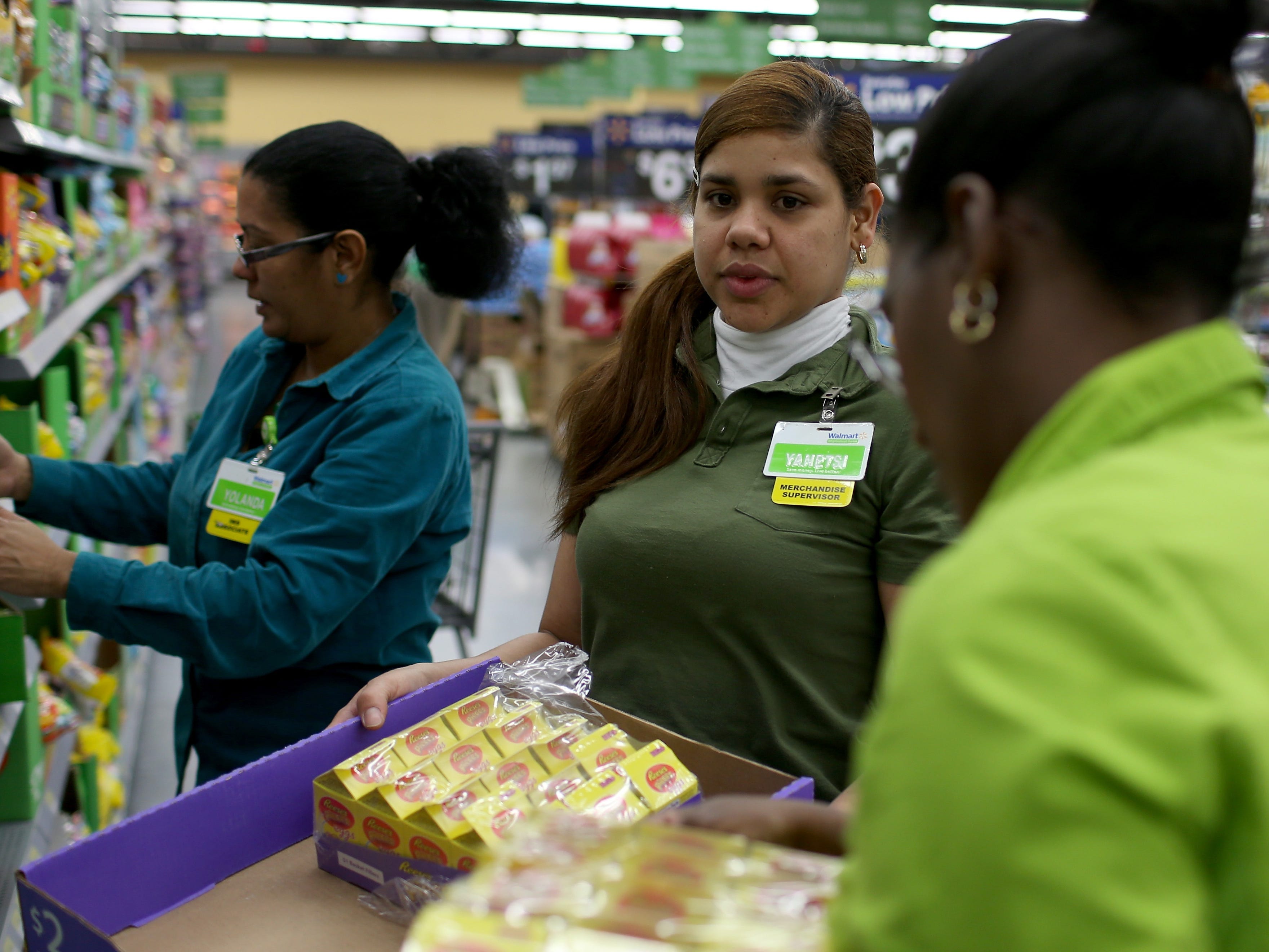 Walmart employees reveal how much they really make

Walmart currently boasts a massive workforce of 2.2 million people across the globe. In the United States, the retailer’s minimum starting hourly wage is $US11. Business Insider looked at self-reported salary information from both PayScale and Glassdoor to find out how much employees in different roles earn at the retail […]
Strategy Aug. 2, 2018, 11:51 PM

Walmart store employees, like all retail workers, have to deal with some trying situations on the job. At the same time, a number of associates told Business Insider that the job’s not all rude customers and unhelpful managers. Here’s a look at some of the best and most challenging aspects […]
Strategy Jul. 7, 2018, 2:41 AM

Walmart store employees have some suggestions about what to steer clear of on your next shopping run. Business Insider spoke with a number of associates to find out what mistakes they’d like to tell shoppers to avoid. Some associates shared money-saving hacks, while others gave tips on what times to […]
News Jun. 26, 2018, 7:41 AM

Walmart store employees occasionally witness some pretty troubling incidents while at work. Some employees have taken to Reddit to describe particularly exasperating and horrifying situations. Business Insider also spoke with a number of associates to find out what’s the worst thing they have ever seen happen in the store. Walmart […]
Strategy Jun. 8, 2018, 1:23 AM

Walmart workers wish they could tell customers these 7 things

Walmart store employees aren’t always able to speak their minds when dealing with customers. Business Insider spoke with a number of associates to find out what they’d like to tell shoppers, but can’t. For one thing, an employee said, check the website before going to the store: If the price […]