Why Volkswagen stopped making its most iconic car, the VW Beetle

The Volkswagen Beetle sold over 23 million units in its 81-year run. From its dark origins in 1930s Nazi Germany to the “Summer of Love” in 1967, the VW Beetle is one of the most recognisable cars ever made. In 2019 the final Beetle rolled off the line in Puebla, […] 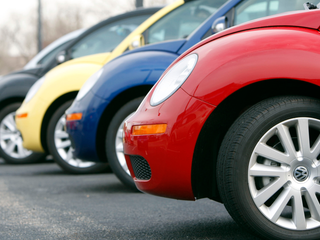 The end has come for the iconic VW Beetle — but here are some 2-door cars you can still buy for $35,000 or less

The final VolkswagenBeetle has left the assembly line, and with it’s discontinuation, consumers have lost another affordable two-door. There aren’t many coupés remaining in the US market that sell for $US35,000 and under, but I rounded up a few. Coupés are fun to drive and for the most part offer […] I drove a $27,000 Final Edition of the VW Beetle to see if it lives up to its iconic history. Here’s the verdict.

The VolkswagenBeetle, created in the late 1930s as the “People’s Car” and later a huge success in postwar America, has been retired. The Final Edition model is rolling out of the VW factory in Mexico. I drove a $US26,890 Final Edition VW Beetle and got one last chance to explore […] Volkswagen announced it will stop worldwide production of the iconic Beetle by summer 2019. The move comes as the auto market continues its march toward SUVs and crossover vehicles. The company sold roughly 15,000 Beetles in the US in 2017, a dramatic fall from the more than 420,000 units sold […]