Campaign Legal Center Action and Common Cause Georgia say that the Georgia GOP publicly but unlawfully accepted campaign help from True the Vote. 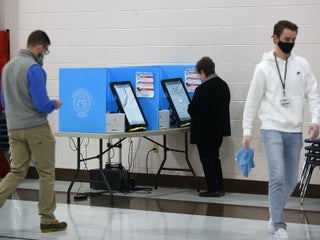 Nearly 140 million votes have been cast so far, the most ever in a US presidential election

Almost 140 million votes have been cast in the 2020 election so far, according to results from Insider and Decision Desk HQ. That’s the most ballots ever counted in a presidential election, exceeding 2016’s record of 137.1 million. Votes are still being tallied across the nation as the US stays […] 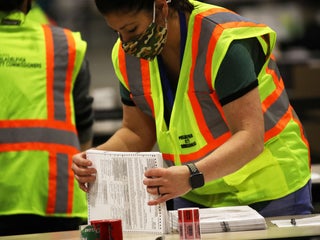 The Black voter turnout rate for a presidential election dropped for the first time in decades in 2016, but experts said several factors are likely to contribute to a rise in turnout this November. Black voters have a personal stake in the November election, registered voters in Ohio and Pennsylvania […] 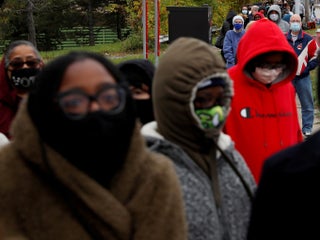 Voting rights advocates fear a Thursday federal appeals court ruling could prevent thousands of mail-in votes from counting in Minnesota. Five days before the 2020 presidential election, the US Court of Appeals for the 8th Circuit ruled Thursday evening that late absentee ballots must be separated from those received by […] 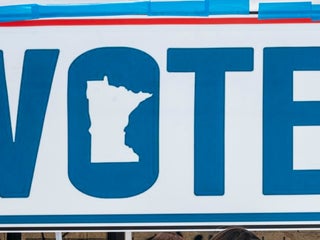 Millions of disabled voters could be sidelined in 12 battleground states because of their election websites, new report shows

A new report released by nonprofit Miami Lighthouse for the Blind states that 12 state election websites are not fully accessible to people who are blind or visually impaired. States with websites disseminating crucial election information that is not accessible to voters run the risk of disenfranchisement, experts warn. Accessibility […] 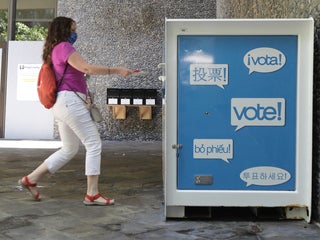 ‘It’s a low bar to be not Donald Trump’: Young Democratic activists explain the vision of the future driving first-time voters to the polls

In the past few years, there has been a surge in youth activism. But will movements like March for Our Lives and the global climate strike translate to the ballot box? Activists and organisers explain what is motivating young – especially Democratic-leaning – first-time voters to participate in the 2020 […] 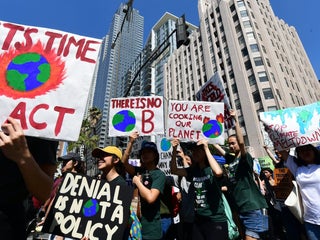 The nation’s public mail service USPS announced a sweeping overhaul to its organisation Friday that displaced the agency’s two top executives. The new structure follows previous changes the agency made under the leadership of Louis DeJoy that Democratic lawmakers say put USPS’s ability to field scores of mail-in ballots at […] 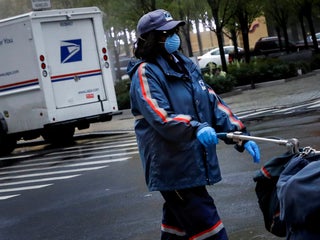 GOP support for Kavanaugh and Trump is plummeting

Support for Brett Kavanaugh, the Supreme Court nominee, has fallen to its lowest levels since President Donald Trump announced his selection in July, according to new polling. Opposition to Kavanaugh’s nomination now exceeds support for the nominee, two new polls found. One poll found that support for Kavanaugh among Republican […]