VIDEO: Japan’s southern beaches are covered in pumice after an underwater volcanic explosion

Japan's southern beaches are covered in tons of pumice pebbles after an underwater volcano exploded in the Pacific Ocean a few months ago. 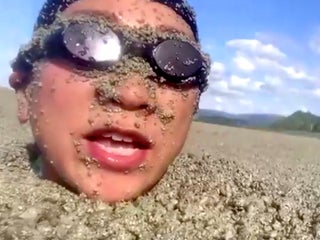 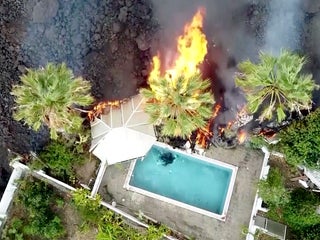 Mount Nyiragongo has erupted for the second time in 20 years in the Democratic Republic of Congo, and officials warn that another eruption is possible. 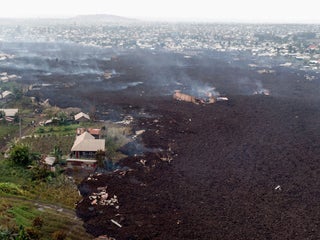 Another ‘explosive event’ at St Vincent volcano has left the island struggling with power outages, limited water supplies, and blankets of ash

La Soufriere volcano on the Caribbean island of St Vincent first exploded on Friday. These eruptions could go on for weeks, scientists have warned. 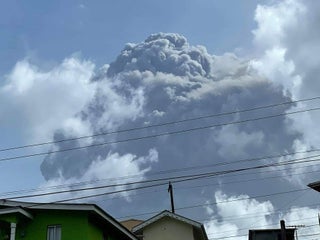 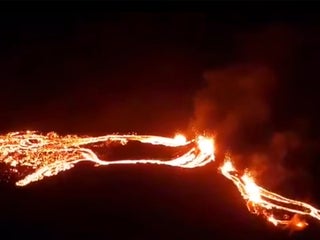 13 volcanoes around the world that could erupt at any time

Last week, USA Today reported that a large volcano in Ecuador called Tungurahua could collapse on itself. The volcano is far from the only potentially dangerous one around the world, with Japan’s Mount Fuji, Oregon’s Mount Hood, and others in the Philippines, Indonesia, and New Zealand also posing a threat. […] 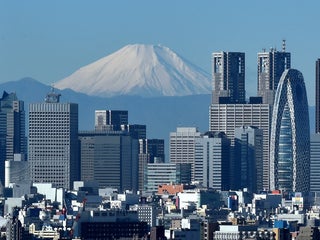 Passengers on a KLM flight on Thursday ended up taking an 11-hour journey from Amsterdam back to Amsterdam. They were supposed to travel to Mexico, but a volcanic eruption in the country meant that they couldn’t get to their destination. The plane was already over Canada when the crew realised, […] At least 99 people have been killed following eruptions at a volcano southwest of Guatemala’s capital. The eruptions began on Sunday and sent lava pouring into nearby areas and shooting ash 6 miles into the sky. Hundreds have been injured, and thousands of people have fled to temporary shelters. Volcan […]

More than 1,700 residents have been evacuated from a housing estate on Hawaii Island, and at least 30 homes have been destroyed after lava vents from the Kilauea volcano began opening nearby late last week. The first fissure opened across a road at Leilani Estates, on the island’s eastern corner, […]

The Kilauea volcano on the island of Hawaii erupted on Thursday, scarring forests and sending plumes of ash thousands of feet into the sky. Hawaii Gov. David Ige issued an emergency proclamation, and authorities ordered residents to evacuate as fissures spewed lava and molten rock up to 100 feet in […] An avalanche in Japan, likely sparked by a volcanic eruption, killed one person and injured 14 more

Twin natural disasters hit a ski resort in Gunma, Japan. Mount Kusatsu-Shirane erupted, followed shortly by an avalanche. Weather authorities say the events were almost certainly linked. A soldier who was training nearby was killed. At least 14 other people have been injured. A Japanese soldier has died, and at […] Bali’s Denpasar Airport closed on Monday following a several volcanic eruptions by Mount Agung on the weekend. Flight cancellations affected 59,000 passengers on 445 flights. As many as 100,000 locals were living in the expanded danger zone. The weekend’s volcanic eruptions created plumes as high as 3.7 miles, or 6,000 […] The Volcanic Explosivity Index (VEI) ranks volcano eruptions by size and power. The scale goes from VEI-0 to VEI-8 and measures ash, lava, and rock ejected. VEI-1 is a gentle eruption that can happen frequently. Italy’s Mt. Stromboli has been erupting almost continuously for 2,000 years. VEI-6s are colossal eruptions […] 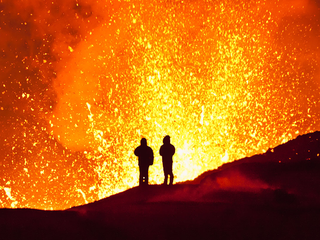 Researchers at Harvard University are changing...