A guide to VoIP, the technology that lets you make voice calls over the internet

VoIP (Voice over Internet Protocol) is a system for transmitting voice calls over the internet, rather than a phone line. 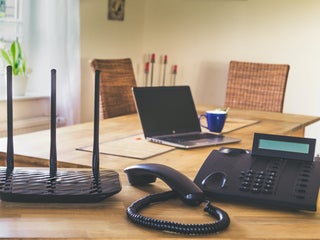 How to set up and use Google Hangouts, Google’s free phone call and video chat service, on desktop or mobile

You can use Google Hangouts to make phone calls, video calls, and more with anyone on your contacts list. Here's how to set up and use it. 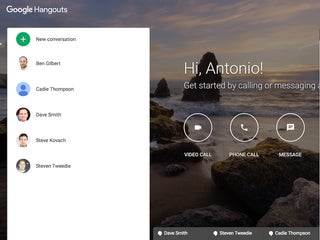 How to set up and use Google Hangouts, Google’s free phone call and video chat service, on desktop or mobile

Once you figure out how to set up a Google Hangout, you can easily use it to connect with colleagues, clients, or friends and family over the computer. You can use Google Hangouts for voice calls, video calls, or text-based chat, and you can connect with multiple people at the […] 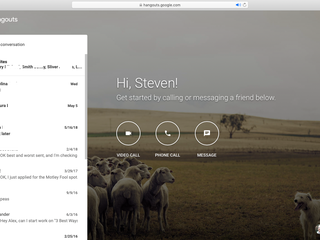 Why so many spam phone calls come from your area code

The unfortunate reality about spam calls... The phone app that comes with your smartphone... Americans got 3.4 billion spam calls in April — here’s why so many come from your area code

The unfortunate reality about spam calls – a common practice among criminals and unsavoury marketers – is that it still works, given how so many people still fall victim these days. Indeed, about 3.4 billion Americans received spam calls in April alone, according to The New York Times, which cites […] These 5 apps make better phone calls than your phone app, and you probably already have them

You probably have a bunch of apps on your phone...

The Amazon Echo and Google Home could be used... With A Huge $70 Million Investment, Twilio Is Now Worth $500 Million Skype Now Accounts For One In Three International Voice Minutes

Skype, the Internet voice-calling service created by Niklas Zennström and Janus Friis, just turned nine years old.It now accounts for one out of three international voice minutes, according to a research report from Telegeography cited by GigaOm’s Om Malik. Why Mobile Must Solve Its Data Dilemma – Or Die

As little as 18 months ago, mobile VoIP and IP messaging apps were considered niche by operators. Now we pose the biggest “threat” the industry has even seen. In fact, a Telco 2.0report suggests that within three years, 40 per cent of messaging and 21 per cent of voice revenues […]
Tech May. 24, 2012, 8:40 PM

[credit provider=”AP Images” url=”http://www.apimages.com/OneUp.aspx?st=k&kw=fbi%20agents&showact=results&sort=relevance&intv=None&sh=10&kwstyle=and&adte=1336400337&pagez=60&cfasstyle=AND&rids=89f19667abe4da11af9f0014c2589dfb&dbm=PY2004&page=1&xslt=1&mediatype=Photo”] The FBI is in the process of launching a new surveillance unit to help the bureau snoop on conversations that take place on Skype and other wireless communications, CNET reports. The new unit has a very unassuming name: the Domestic Communications Assistance centre.CNET parsed through government […] Microsoft-Skype Deal Cleared For Takeoff, But Don’t Expect A Big Integration Right Away

The European Union has approved Microsoft’s buy of Skype, paving the way for the deal to be closed. Microsoft bought Skype.  Now what?  They could either continue to focus on a consumer path, or they may choose to enhance their business offerings.  Skype is, after all, primarily a consumer product, albeit not a perfect one.
Tech May. 13, 2011, 7:06 AM

Microsoft: Skype Buy Is About Business, Not Consumers

A second Microsoft source confirms that the company bought Skype to “accelerate” its position in the communication market, and emphasised that it’s mainly a business play.

[credit provider=”Screenshot”] Microsoft bought Skype to make a big move into the IP communications space, as well as for its huge audience and its peer-to-peer video chat, says a source who was involved in the deal.But the deal does not signal a major shift in Microsoft’s M&A strategy — it’s […] Ballmer Would Not Let Skype Shop Around For A Better Deal

[credit provider=”Microsoft”] Steve Ballmer oversaw Microsoft’s $8.5 billion Skype bid himself, and insisted that Skype sign a “no-shop” clause to keep it from soliciting other bids, according to Bloomberg.Microsoft was already negotiating a partnership with Skype when Ballmer talked to Windows and Office execs and heard enough to convince him […] Skype Will Be Its Own Division At Microsoft

Microsoft will keep Skype as a separate division within the company rather than folding it into one of the company’s other businesses, Microsoft announced this morning. How To Make Calls From Your iPhone Without Blowing Your Minutes

Talkatone sounds too good to be true for Google Voice users.