I’ve been using Amazon’s smart ring that you need a special invitation to buy, and it’s another reminder that Alexa doesn’t belong in everything

Amazon’s Echo Loop is a $US129.99 smart ring that makes it possible to summon Alexa with a quick tap. It’s part of Amazon’s Day 1 Editions program, meaning you need a special invitation to buy it. While I’ve found the Echo Loop to be useful for some tasks, like checking […] 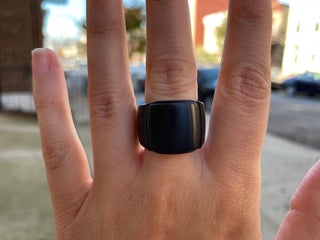 Apple has acquired AI startup Inductiv Inc. to improve Siri’s intelligence, according to Bloomberg. The company’s technology uses AI to correct flaws in data. The acquisition signals that Apple is taking another step to improve its Siri digital helper, which has become an important part of its products in recent […] 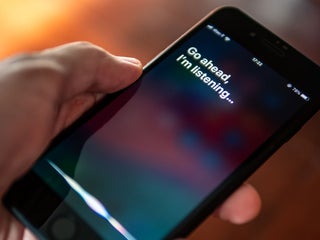 5 tech predictions the original ‘Blade Runner’ got wrong about 2019

The original “Blade Runner” movie came out in 1982, and takes place in November 2019. The film is hailed as a classic, and had some of the best early special effects the movie industry had ever seen. However, many of the tech predictions it made about life in 2019 Los […]

Amazon released a bevy of new gadgets last week, including new Alexa-powered devices such as a smart oven and a nightlight for children. There are many interesting and wildly bizarre items that now work with Amazon’s voice assistant: a twerking stuffed bear, jewellery, and a smart toilet. Check out 20 […] Apple issued an apology on Wednesday after The Guardian reported that contractors tasked with evaluating Siri’s performance regularly hear recordings of private conversations. The company is making a few changes to how it grades Siri’s accuracy, which entails not recording Siri conversations by default, among other new policies. Apple suspended […] Over the past several months, we’ve seen a slew of reports about how audio recordings captured by voice assistants like Amazon’s Alexa, Apple’s Siri, Google Assistant, and Microsoft’s Cortana were sent off to human contractors for further evaluation. In the case of Siri, for instance, contractors “regularly” heard recordings of […]

Amazon just unveiled a brand-new Echo with a screen and a camera, and it’s one of the company’s cheapest Echo devices yet

Amazon has released the latest generation of its smart speaker with a screen, the Echo Show 5. The newest iteration has a 5.5-inch display, video-calling capabilities, and a built-in camera cover. The Echo Show 5 is priced at $US90, making it one of the cheapest Echo devices on the market. […] Amazon is working on a wearable gadget that can understand a user’s emotional state, according to Bloomberg. The device would discern a wearer’s emotions by analysing the sound of his or her voice. If Amazon does release such a device, it could add to the vast data the company knows […] It’s possible for some Amazon employees tasked with listening to Alexa commands to access a customer’s home address, says a new report from Bloomberg. Workers with access to an Alexa user’s geographic coordinates can use that data to find a specific address via third-party mapping services like Google Maps, according […]

Google and Lenovo teamed up to create an $US80 smart alarm clock. The Lenovo Smart Clock can tell the time and weather, play podcasts and the news, and wake you up gently with brightness and animations. The clock will go on sale this spring. LAS VEGAS – Google and Lenovo […] Amazon has finally revealed how many Alexa devices have been sold

Ahead of CES 2019, Amazon revealed how many Alexa devices it’s sold. The 100 million figure includes devices that Amazon makes as well as third-party gadgets with Alexa built-in. The announcement comes as Amazon and Google are expected to put their AI voice assistants front and center at CES. After […] Amazon introduced a new Echo Plus in September, a $US150 smart speaker that works as a smart-home hub. The new Echo Plus is an update to the first generation model, which was only a year old. Here are all the updates to the new version, which is on sale for […] Microsoft on Thursday announced that Skype will be available later this year for devices powered by Amazon’s Alexa voice assistant. The deepening integration of Microsoft and Amazon’s services puts Cortana, Microsoft’s own personal assistant, in an awkward spot. If you have both assistants at your disposal, there are fewer reasons […] Amazon will reportedly release its own Alexa-enabled microwave, plus a bunch of other gadgets, later this year

Amazon is reportedly set to announce at least eight new devices powered by its Alexa voice assistant at an event later in September, according to CNBC. The devices are said to be in the audio, home appliance, and automobile categories – including a microwave. If accurate, the new products would […]

Microsoft, Google, Apple and Amazon are all developing competing voice assistants. In a test run by Loup Ventures on smartphones, Google Assistant was able to answer the most questions correctly. Apple’s Siri correctly answered more questions that Amazon’s Alexa or Microsoft Cortana in a recent test done by analyst Gene […] Apple’s Siri is apparently the market leader for mobile voice assistants, beating out popular players like Google’s Assistant. This may come as a surprise to some, since Android has a much larger share of the market and Siri is often considered inferior in terms of user experience and capabilities. But […] Amazon is bringing its Echo devices to hotel rooms across the country, starting with Marriott

Amazon on Tuesday announced Alexa for Hospitality, a new program that lets hotel chains place Amazon Echo devices in guest rooms. The devices will be tailored to the hotel, so they will allow guests to call the front desk, request supplies like a toothbrush, ask for hotel information, control the […]

Google Assistant just got a little bit smarter. At Google I/O on Tuesday, Google unveiled new features and updates to Google Assistant, the smart assistant that lives inside Google Home devices, the Google app, Pixel phones, and the latest versions of Android. Google Assistant has always been capable of clever […]