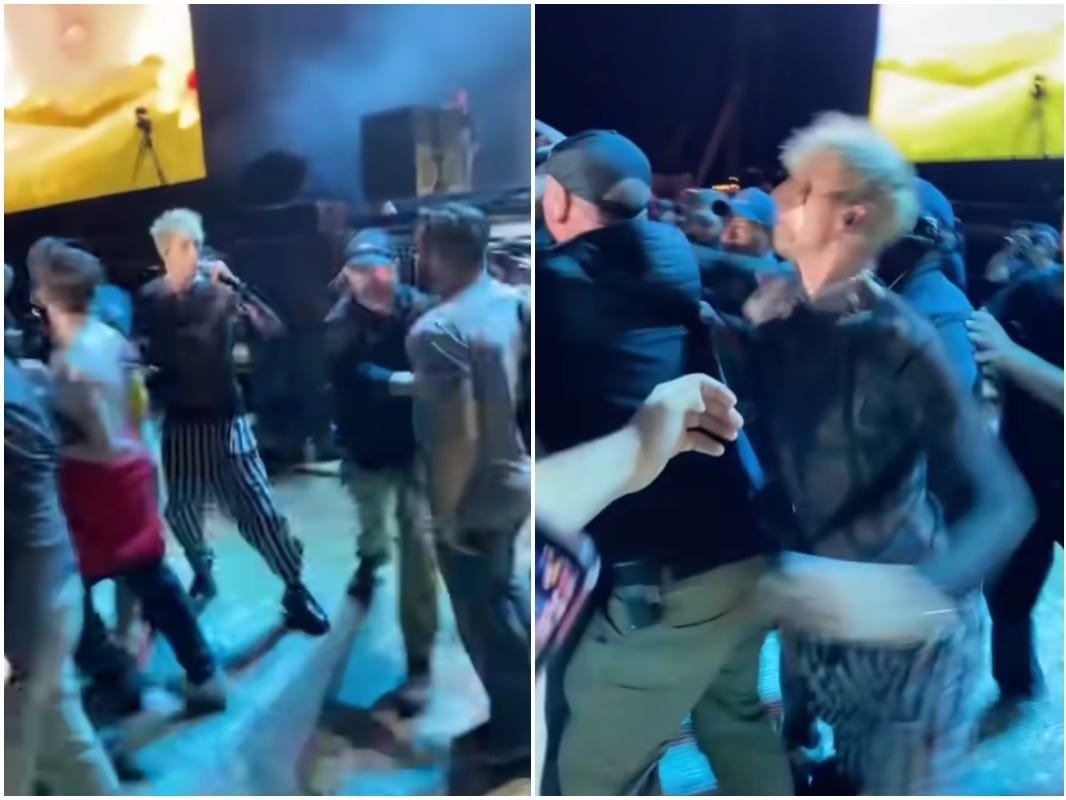 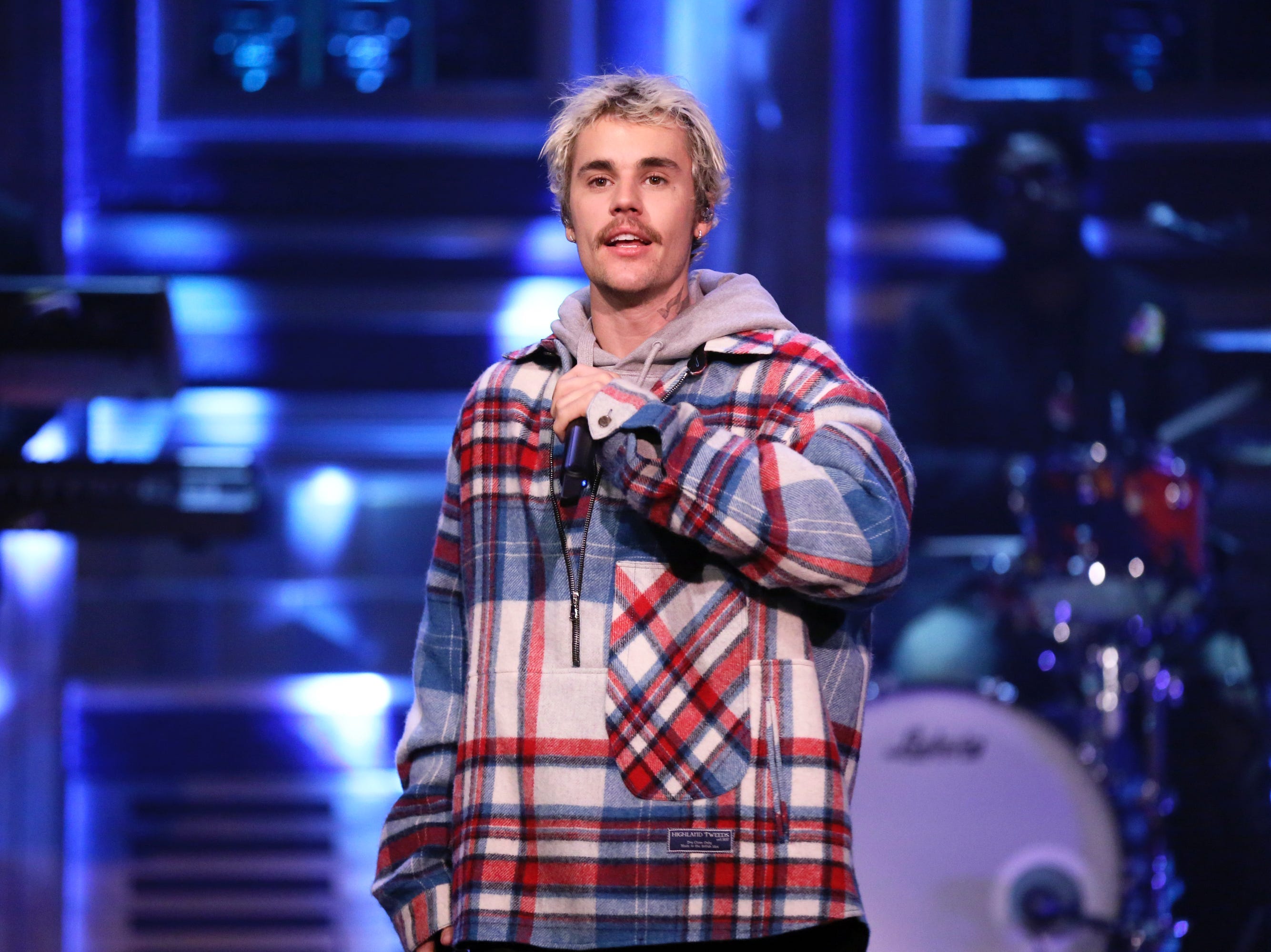 Ed Sheeran said that he preferred awards shows in the UK because everyone gets drunk and "no one really cares who wins or loses." 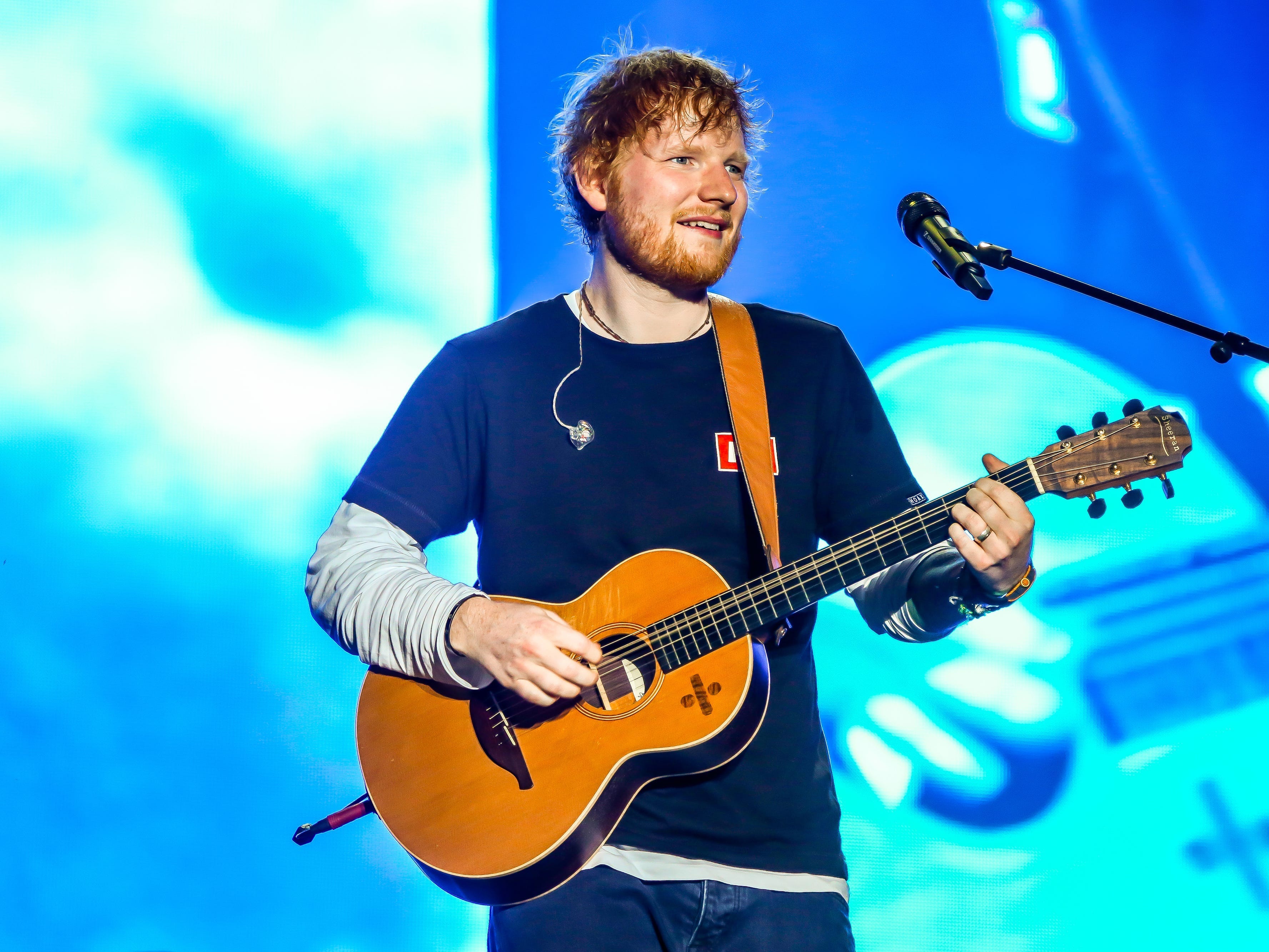 The couple matched in all black, with Kardashian's leather bringing just as much edge as Barker's spike-accented shoulders and knees. 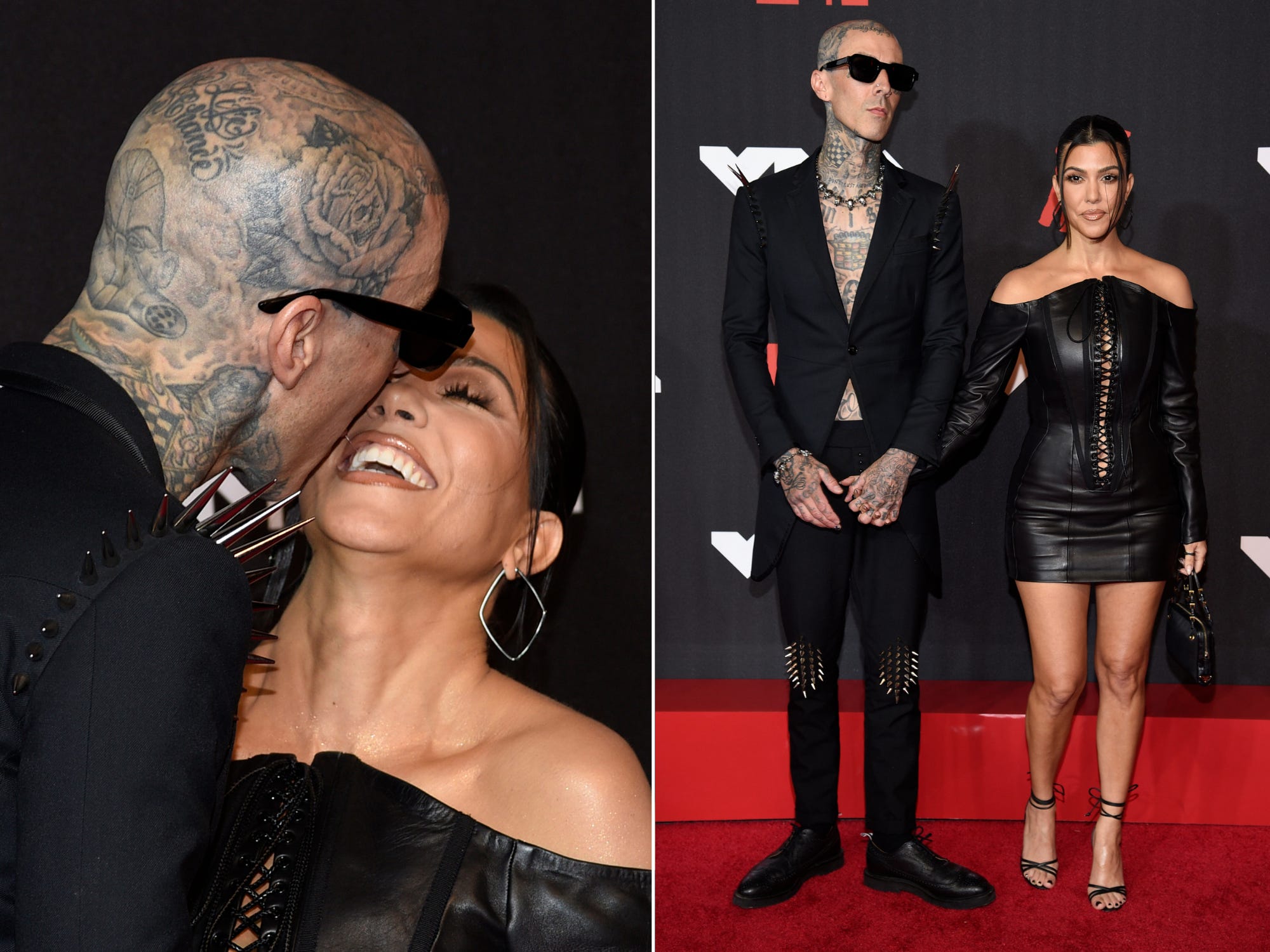 Megan Fox wore a dress by Mugler, while her boyfriend Machine Gun Kelly wore an all-red suit made by Dolce & Gabbana. 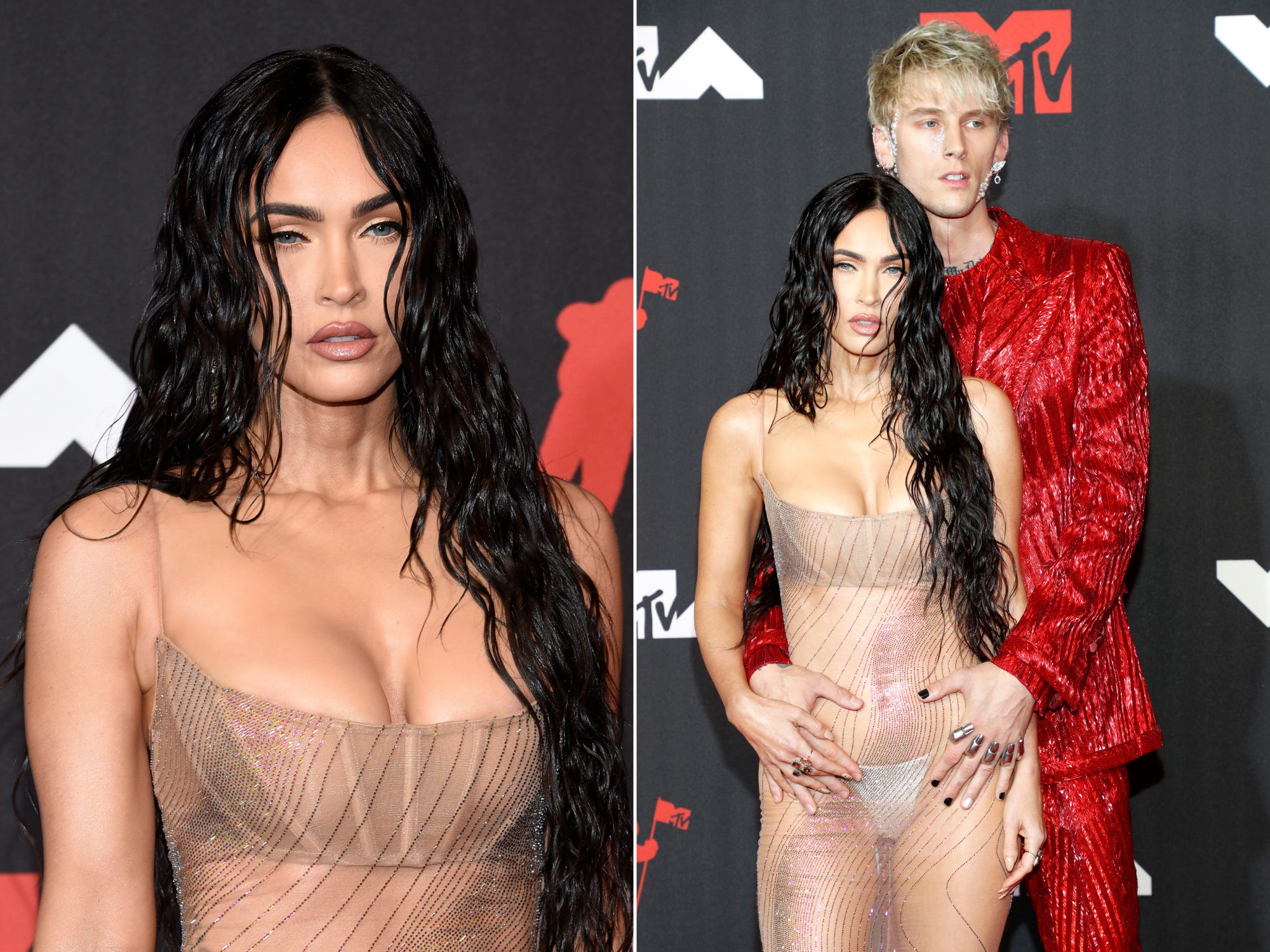 Lil Nas X wore an all-purple look with a train, while Doja Cat wore a bustier with thigh-high socks to this year's event. 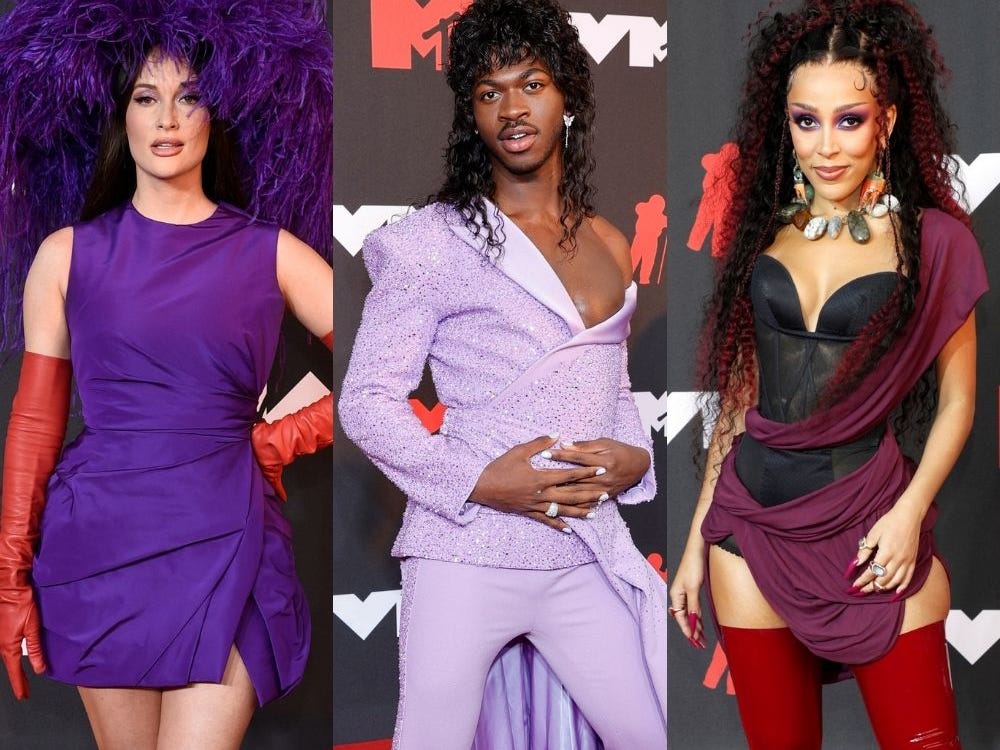 Kanye West says God wanted him to interrupt Taylor Swift at the VMAs, and fans are hilariously offended on behalf of the Lord

Summary List Placement Kanye West has once again revisited his infamous “I’mma let you finish” incident with Taylor Swift– and this time, he’s offered a unique case of self-defence. “Right now, God is giving me the information and he ain’t give me no other information,” West explained during a recent […] 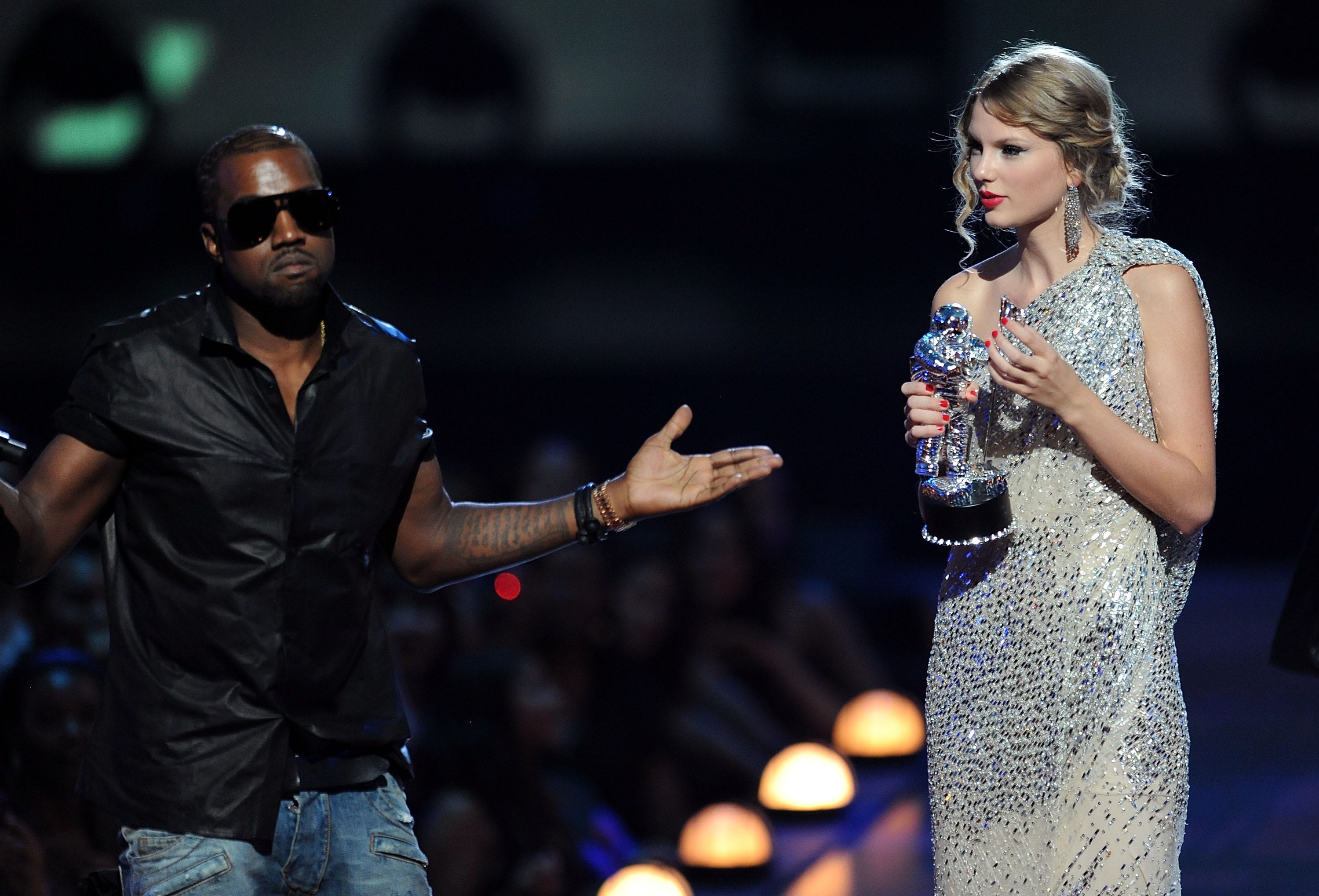 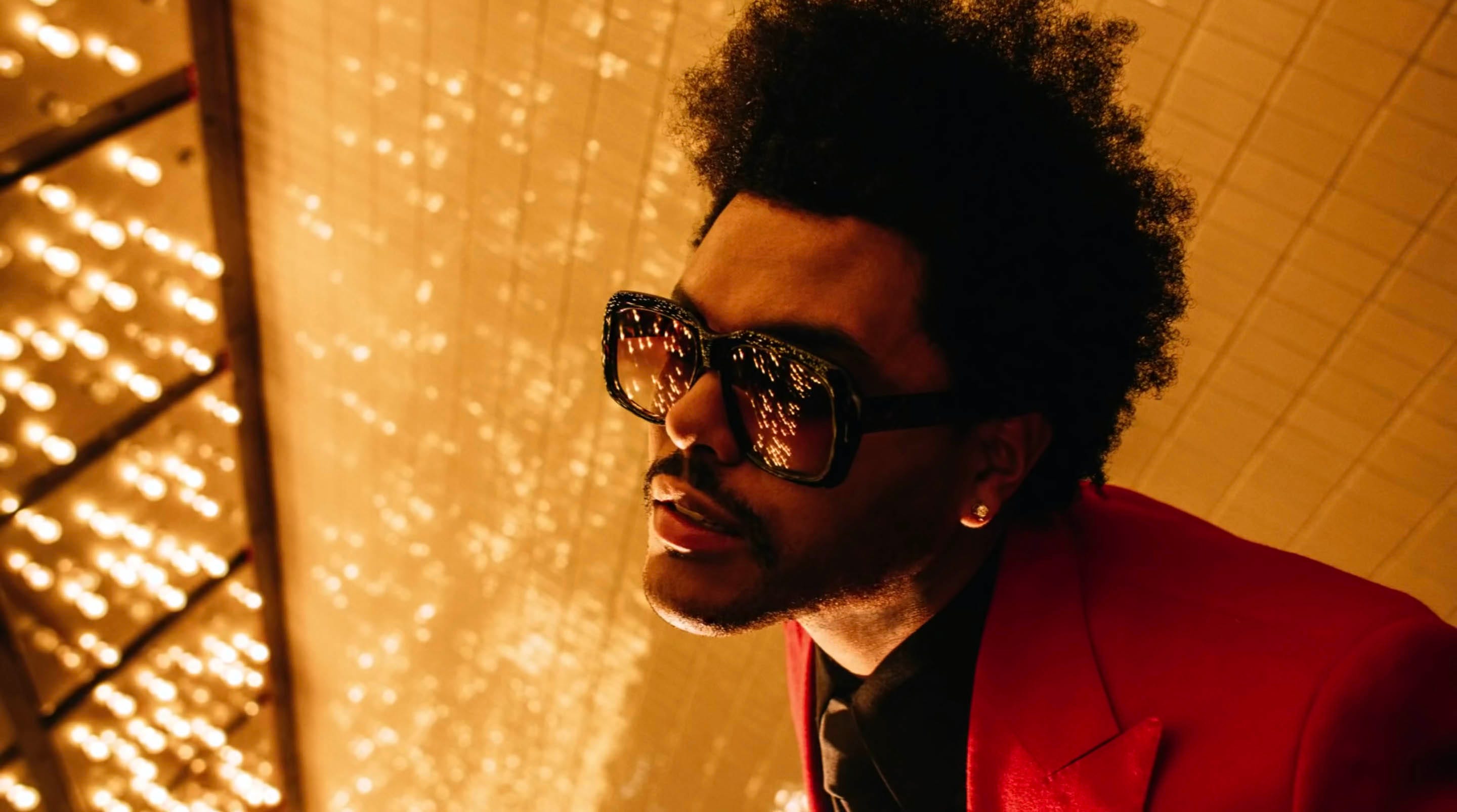 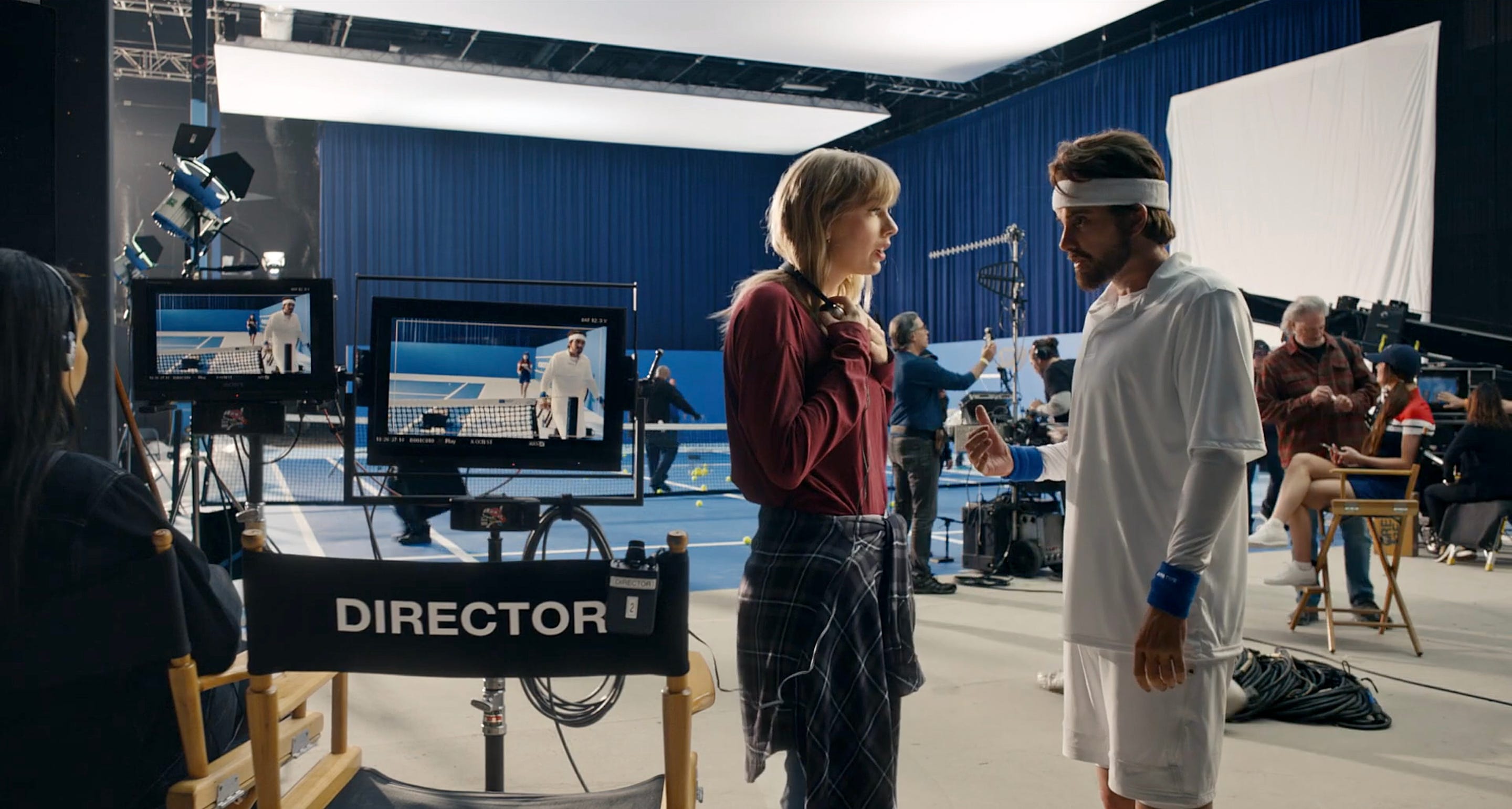 BTS gave their first-ever MTV VMAs performance at the awards show on Sunday. The group performed “Dynamite,” their first song recorded fully in English. Dressed in suits, BTS danced in unison against a backdrop of iconic New York City sights – like the Brooklyn Bridge and Times Square. The band […] 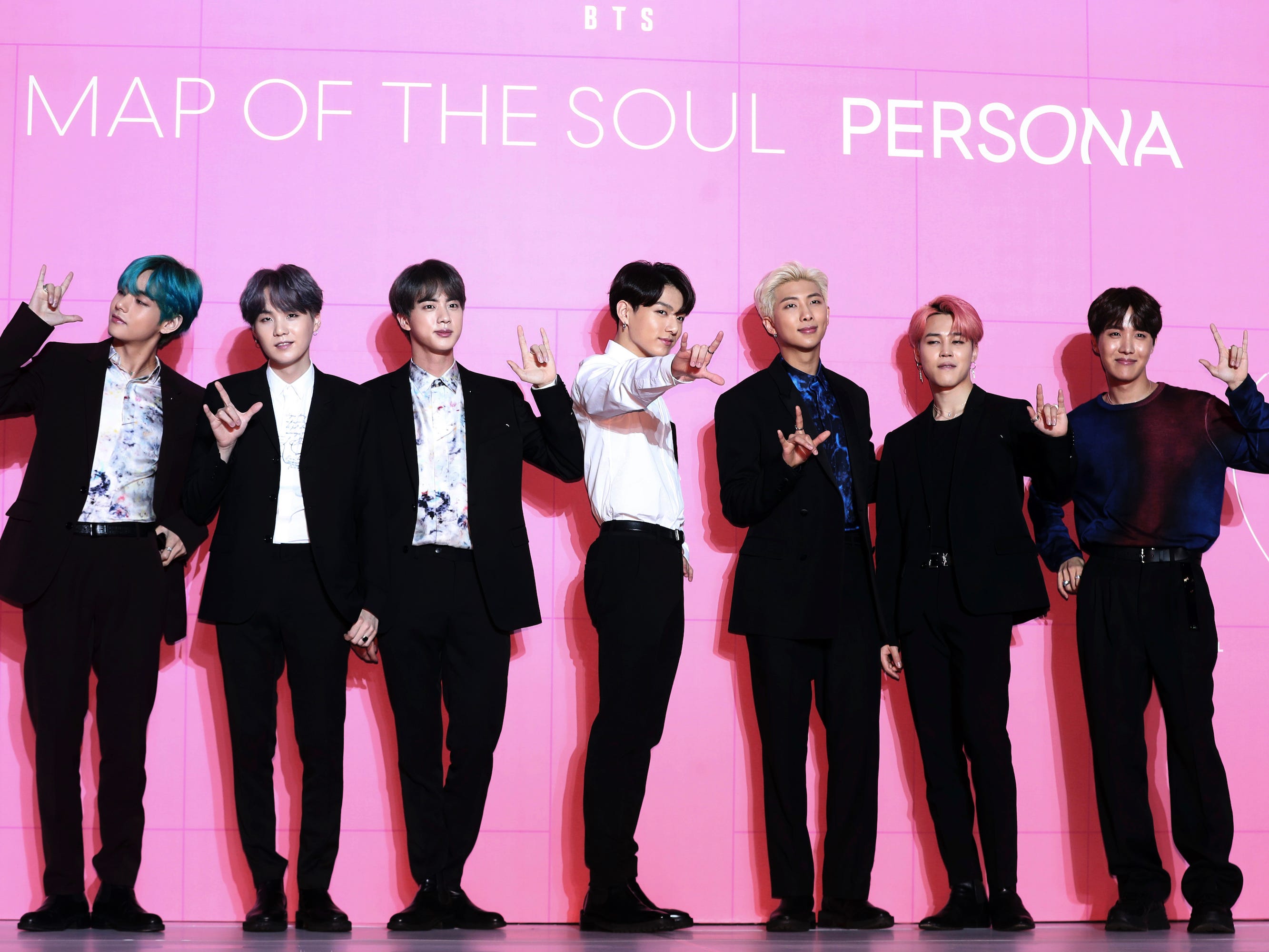 Ariana Grande and Lady Gaga sang “Rain On Me” at the 2020 VMAs on Sunday. Both stars wore futuristic outfits and masks during their “live” performance, echoing the blockbuster music video. “Rain On Me” was sandwiched in between “Chromatica II” and “Stupid Love” during Gaga’s “Chromatica” medley. The pop duo, […] 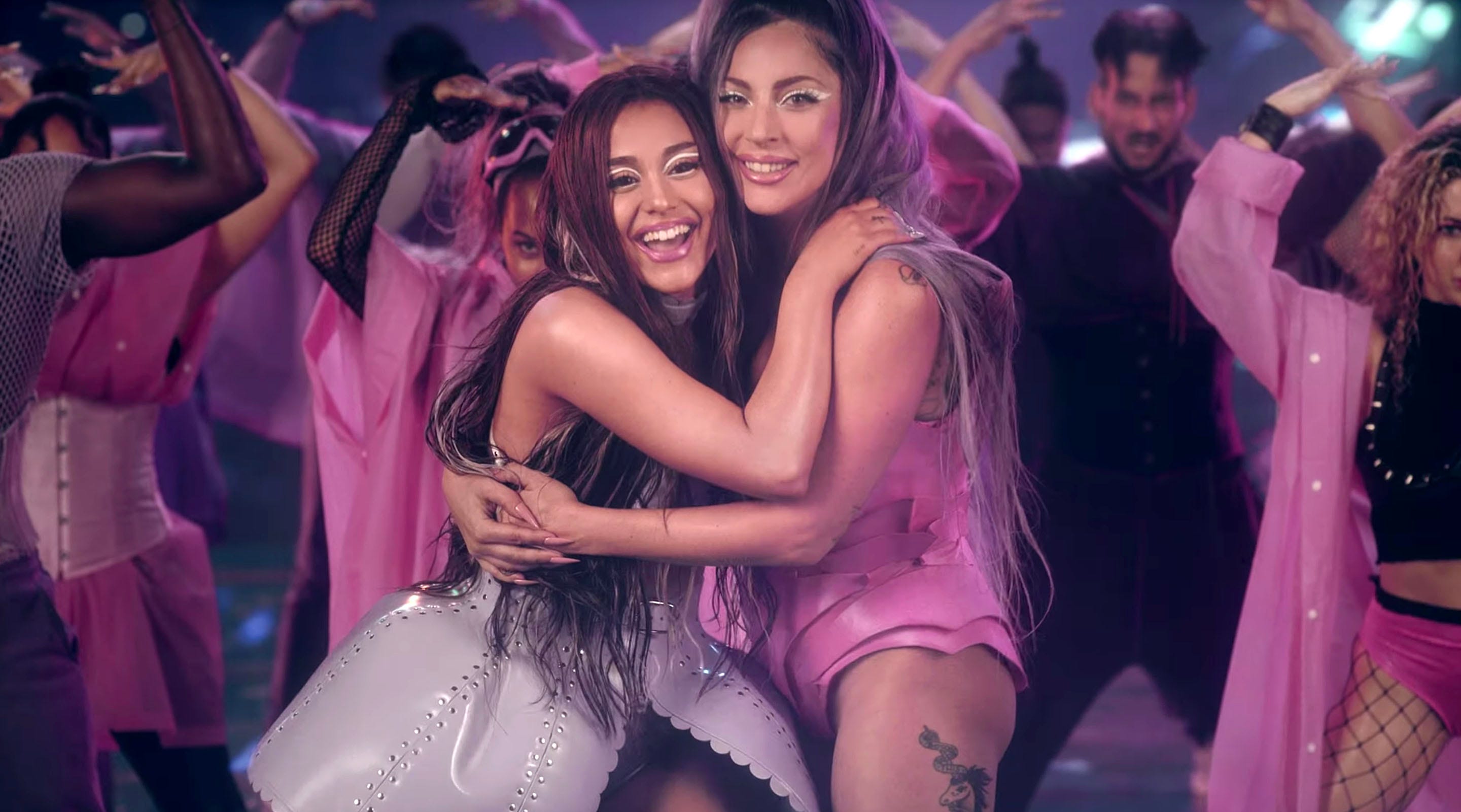 Miley Cyrus sang her new single “Midnight Sky” at the 2020 VMAs on Sunday. During the remote performance, Cyrus referenced her iconic “Wrecking Ball” video by swinging on top of a massive disco ball. Fans were thrilled with the aesthetic parallel, and many said it was intended to celebrate Cyrus’ […] 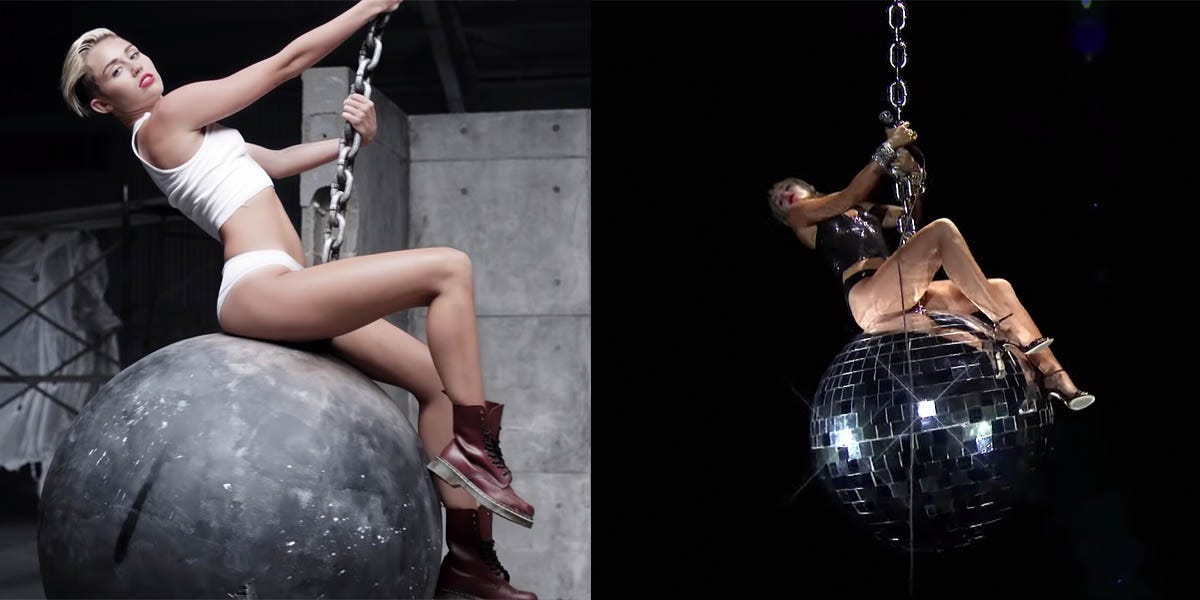 The 2020 MTV Video Music Awards nominations were announced on Thursday. Justin Bieber was nominated for artist of the year, despite releasing an underwhelming album and lacklustre singles. Bieber’s “Intentions” and Taylor Swift’s “Lover” are out of place in the best pop category. Drake, Future, and Eminem were undeservingly nominated […] 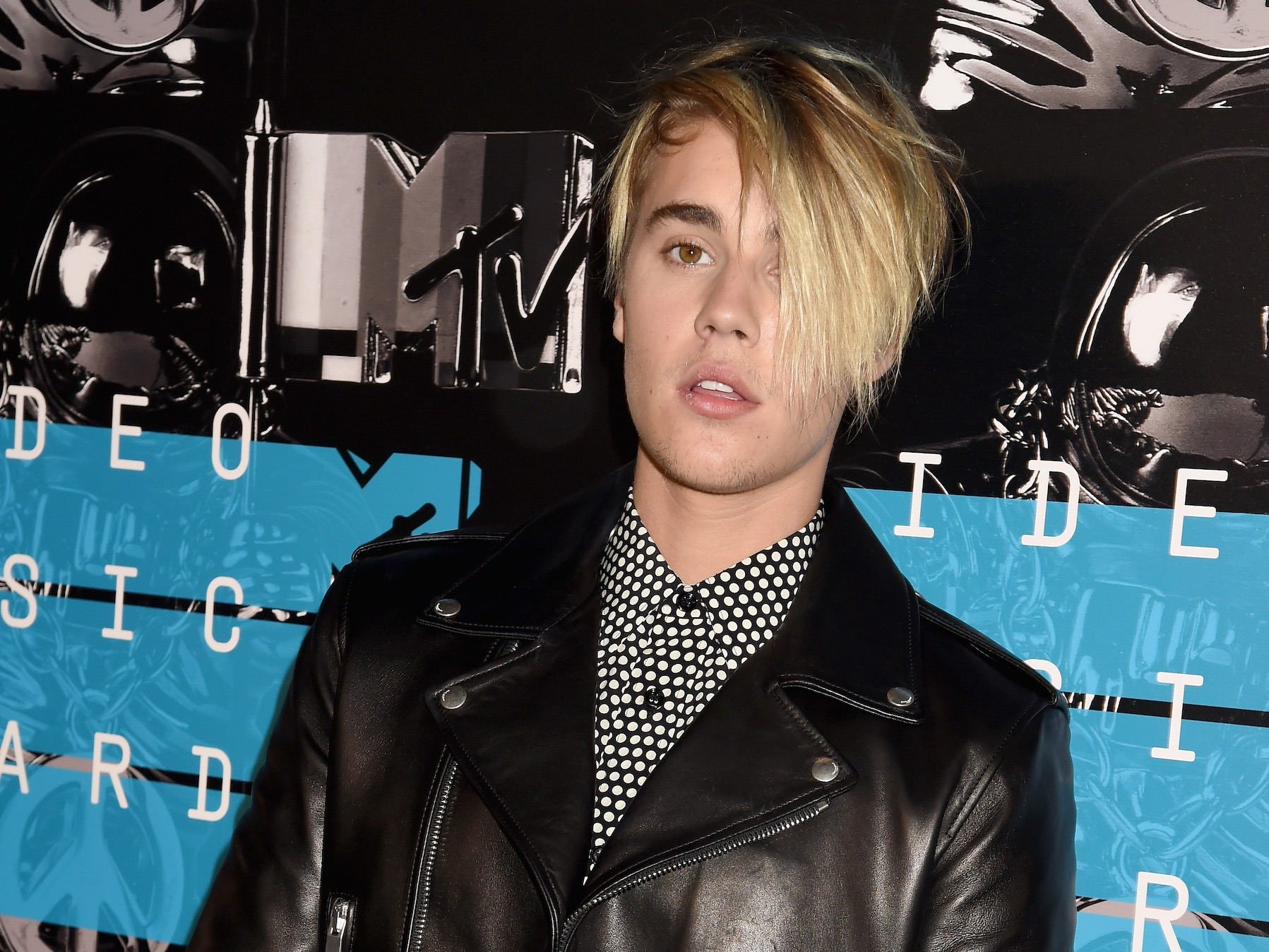 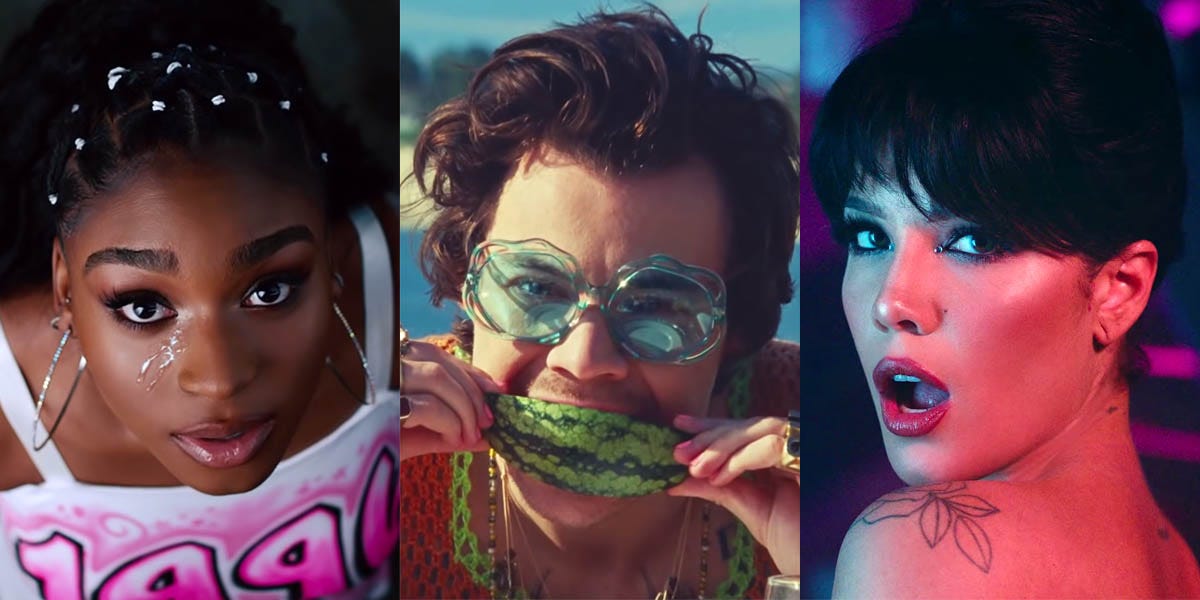 The 2019 MTV Video Music Awards were packed with emotional moments and show-stopping performances. Cameras didn’t catch Shawn Mendes and Camila Cabello cuddling behind the big screen, however, or the crew members that made Lizzo’s inflatable butt bounce. Visit Insider’s homepage for more stories. As per usual, the 2019 MTV […] 13 details from the VMAs that you totally missed

This year’s MTV Video Music Awards were held at the Prudential Centre in Newark, New Jersey, but one award presenter, Adriana Lima, got the state wrong. Miley Cyrus debuted a new tattoo and changed a song lyric during her performance. John Travolta almost handed his award to a drag queen […] Lizzo rocked the MTV 2019 VMAs with a sparkling red gown on the red carpet, complete with a red and silver feather boa that she wore draped around her shoulders. The word “Siren” was written all over the gown, which was designed by Jeremy Scott for Moschino. Lizzo channeled The […] Here are all the winners of the 2019 MTV VMAs ‘Must-see’ TV events are getting hit with staggering ratings drops

Taylor Swift casually showed up for jury duty, and people freaked out

Taylor Swift was notably absent from the 2016...
Next Page »