Water levels in the Italian city of Venice reach 187 centimeters (six feet two inches) – the highest in over 50 years, according to The Associated Press. The Mayor of Venice attributed this year’s particularly severe flooding to climate change in a tweet, and said a state of emergency will […]

Venice is experiencing its most severe flooding in 50 years. Here are 15 photos of the city’s extreme flooding.

Venice, Italy, is facing its annual flooding season. Water levels peaked at 4 feet, 3 inches (1.27 meters) on Tuesday,according to the Associated Press. It’s high-water season in Venice, meaning that heavy rains and high tides cause the lower parts of the city, including the tourist area of St. Mark’s […] Rising sea levels, climbing global temperatures, and extreme weather conditions have scientists concerned about the fate of the world’s landmarks. A group of researchers recently developed a Climate Vulnerability Index (CVI) that helps determine which World Heritage Sites face the most precarious future. Landmarks that are in danger include the […]
News Jun. 4, 2019, 12:38 AM

On Sunday, a massive cruise ship, the MSC Opera, went rogue in Venice, Italy, crashing into a dock in the Giudecca canal. As it made its way, the ship also collided with another tourist vessel – the River Countess, which looks tiny in comparison. Terrifying footage of the incident shows […] The Pinault family finalised its $US109 million gift to help rebuild Notre-Dame on October 1, nearly six months after the cathedral caught fire, according to the Associated Press. François Pinault is the founder and owner of Kering luxury group, which includes several iconic fashion houses, including Gucci and Alexander McQueen. […]
Lifestyle Dec. 13, 2018, 8:15 AM

Venice, Italy, is one of the top tourist destinations in the world, seeing between 26 million and 30 million visitors per year. But the Italian port city has struggled with hordes of tourists, devastating floods, and pollution and accidents involving cruise ships. Last year, the city announced it would gradually […] 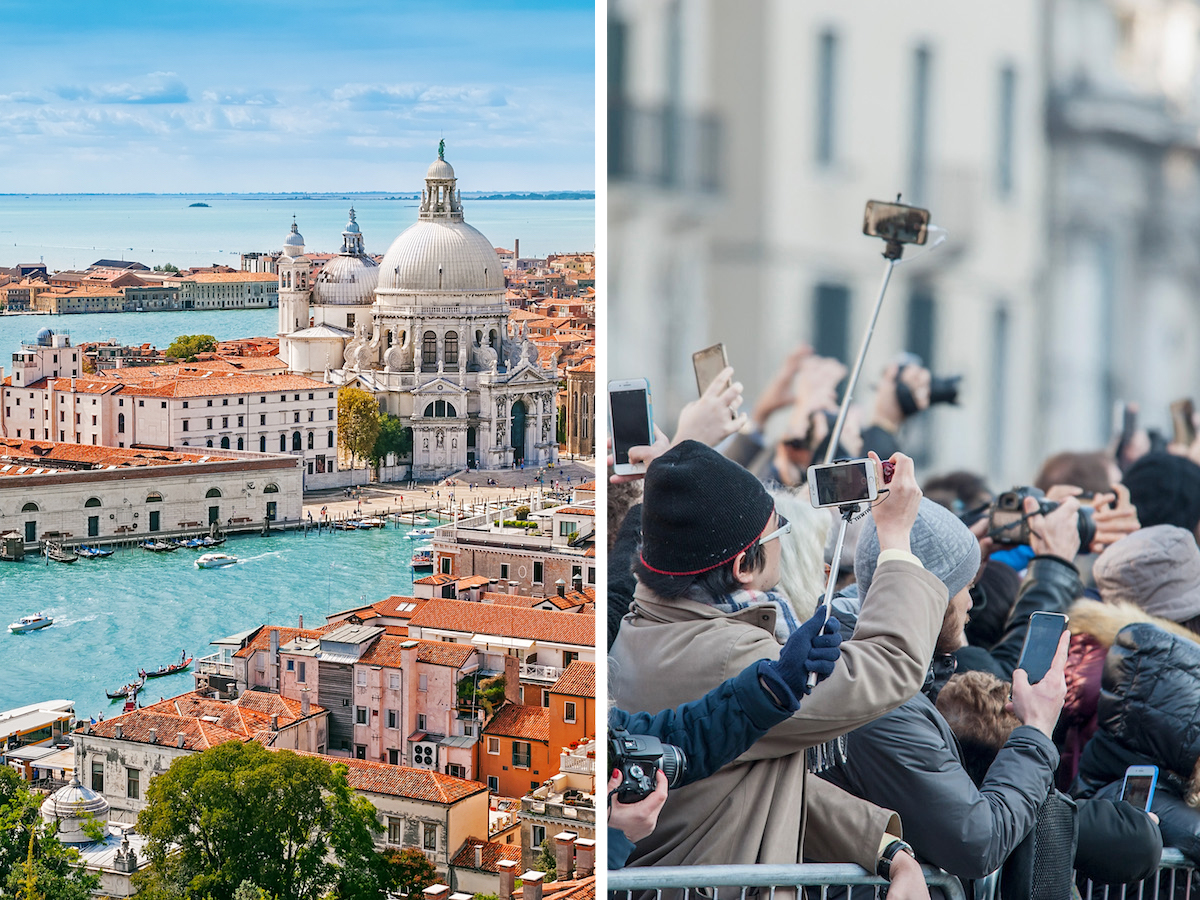 A $6.5 billion sea wall was supposed to stop Venice from flooding. Now, most of the city is underwater.

Venice was hit by a series of devastating storms this week, causing three-quarters of the city to be submerged in water. Officials suspect that the city could have been protected by a massive flood barrier, which is not yet complete. The $US6.5 billion infrastructure project has been pummelled by criticism […]
News Oct. 30, 2018, 11:35 AM

Three-quarters of Venice, Italy was underwater on Monday as a storm brought a historic flood to the city. Heavy winds raised the water levels by more than five feet, causing the worst flooding in a decade. Residents and tourists alike struggled to get around the city, even in tall rain […]
Markets Jan. 26, 2018, 10:54 PM

A restaurant in Venice charged four tourists €1,100 ($US1,350/£970) for four steaks, fried fish, and water. The news garnered some bad publicity for Venice. Osteria da Luca has since received visits from the police and health and building inspectors, who fined it €14,000. The Venetian Hoteliers Association also offered the […]
Lifestyle Jan. 23, 2018, 11:33 PM

The mayor of Venice has intervened after 4 tourists were charged $1,690 for steak, fried fish, and mineral water

A restaurant charged four tourists $A1,690 for a meal. The four Japanese students had four steaks, fried fish, and mineral water at Osteria da Luca. They paid the bill but complained to police in Bologna. Venice’s mayor pledged to look into the case. The mayor of Venice has pledged to […]
Lifestyle Dec. 4, 2017, 4:30 PM

The 9 most romantic canals in the world

VIDEO: Hidden away in a forest north of Venice is a sprawling amusement park, filled with enormous handmade rides.
News May. 11, 2016, 11:47 PM

Tourists flock to this Dutch town dubbed ‘Venice of the North’

It’s Carnival in Venice, and the city is completely flooded — see how revelers are dealing with all the water