The admiral in charge of the Navy's submarine forces said that USS Connecticut's leaders "fell short" of the service's high standards. 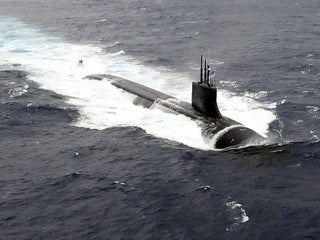 The Navy is unlikely to disclose what USS Connecticut was doing, but it wouldn't be the first time a US sub was gathering intel in sensitive waters. 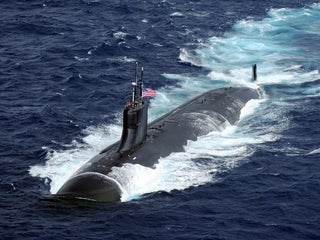 The commander of US 7th Fleet determined that the incident, which damaged one of the Navy's most capable submarines, was preventable.

The US Navy said Monday the USS Connecticut hit an uncharted underwater hill on October 2 while patrolling the South China Sea.

The US Navy has figured out what a nuclear-powered attack submarine ran into in the South China Sea: report

The Navy still wasn't sure last week, but it has now completed its investigation into the incident involving USS Connecticut, a new report says.

The Pentagon has denied accusations of a cover-up, pointing to public comments and a press statement on the incident.

A US nuclear submarine’s mysterious collision with an object in the South China Sea suggests it was lurking near the bottom, expert says

Navy officials have speculated that the submarine may have run into something like a shipping container or shipwreck. 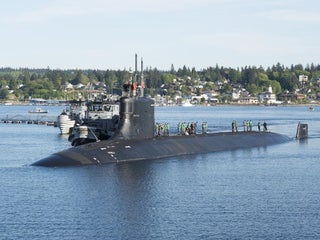 How US Navy submarines carefully smash their way through Arctic ice

US Navy submarines have a long history of operations in the Arctic, including under the ice that covers much of the region. Surfacing through that ice is a common feature of submarine exercises up there, but even with that experience, it’s still a tricky manoeuvre. Visit Business Insider’s homepage for […] 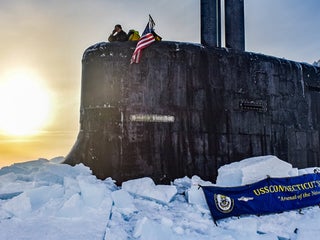 With Russia keeping watch, US Navy subs ventured back to the high north to train where there’s ‘no safe haven’

US Navy submarines ventured into the Arctic again this year for Ice Exercise 2020, a biennial exercise that allows the sub force to maintain readiness for sustained operations in the region’s unique and challenging conditions. This year’s version of the exercise comes amid growing interest in the increasingly accessible Arctic […] 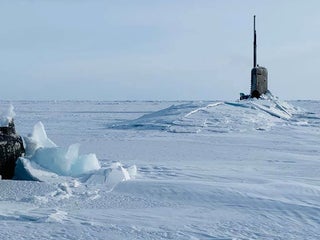