The coronavirus is starting to spread on a US Navy warship, and the flattop’s crew is scrambling to stop it

A second US Navy sailor aboard the amphibious assault ship USS Boxer has tested positive for the coronavirus, the Navy said Wednesday. “There is no indication that the Sailors were in close contact aboard the ship,” the Navy said, adding that “the Sailors work in two different departments. As the […] 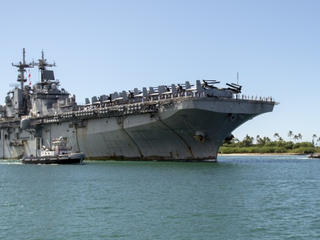 ‘People coughing all over each other’: US Navy sailors are reportedly being packed into close quarters aboard ships, despite coronavirus worries

The US Navy’s response to preventing the coronavirus pandemic has been scrutinised following a presumptive positive case aboard a ship. Military leaders ordered around 80 crew members into a tight room for a roughly 30-minute meeting, according to a ProPublica report. In another case, almost 600 sailors were loaded into […] 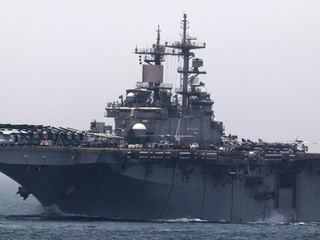 A US Navy sailor assigned to the USS Boxer has tested “presumptive positive” for the coronavirus (COVID-19), the Navy said in a statement Sunday. The sailor, who serves aboard an amphibious assault ship, is quarantined at home in San Diego, as are the individuals known to have had close contact […] 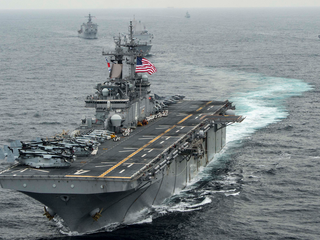 US Marines sailed through the Strait of Hormuz with an armoured vehicle on the flattop’s flight deck, ready to fight off Iranian gunboats

Photos from a recent Strait of Hormuz transit by the US Navy amphibious assault ship USS Boxer showed an 11th Marine Expeditionary Unit light armoured vehicle parked on the flight deck, a sign that this warship was expecting trouble in the hostile waterway. The Boxer was harassed by Iranian drones […] The head of US Central Command told CBS News that the USS Boxer may have actually downed two Iranian drones last week, not just one, as was initially reported. The amphibious assault ship USS Boxer engaged Iranian unmanned air assets last week, reportedly with a new Marine Corps weapon, in […] The Wall Street Journal reporter Rory Jones recounted the tense hours just before the US took down an Iranian drone in the Persian Gulf, where tensions between the US and Iran have played out in recent months. According to Jones, who was on the USS Boxer, an Iranian helicopter flew […] Iran says President Donald Trump’s claim the US shot down an Iranian drone is false, with one official joking that the US most likely destroyed one of its own by mistake. On Thursday, Trump said the USS Boxer destroyed a fixed-wing unmanned aerial system that came within “threatening” range over […]