Usain Bolt spoke out against the racist remarks against a trio of Black soccer players that missed penalty kicks in the Euro 2020 final. 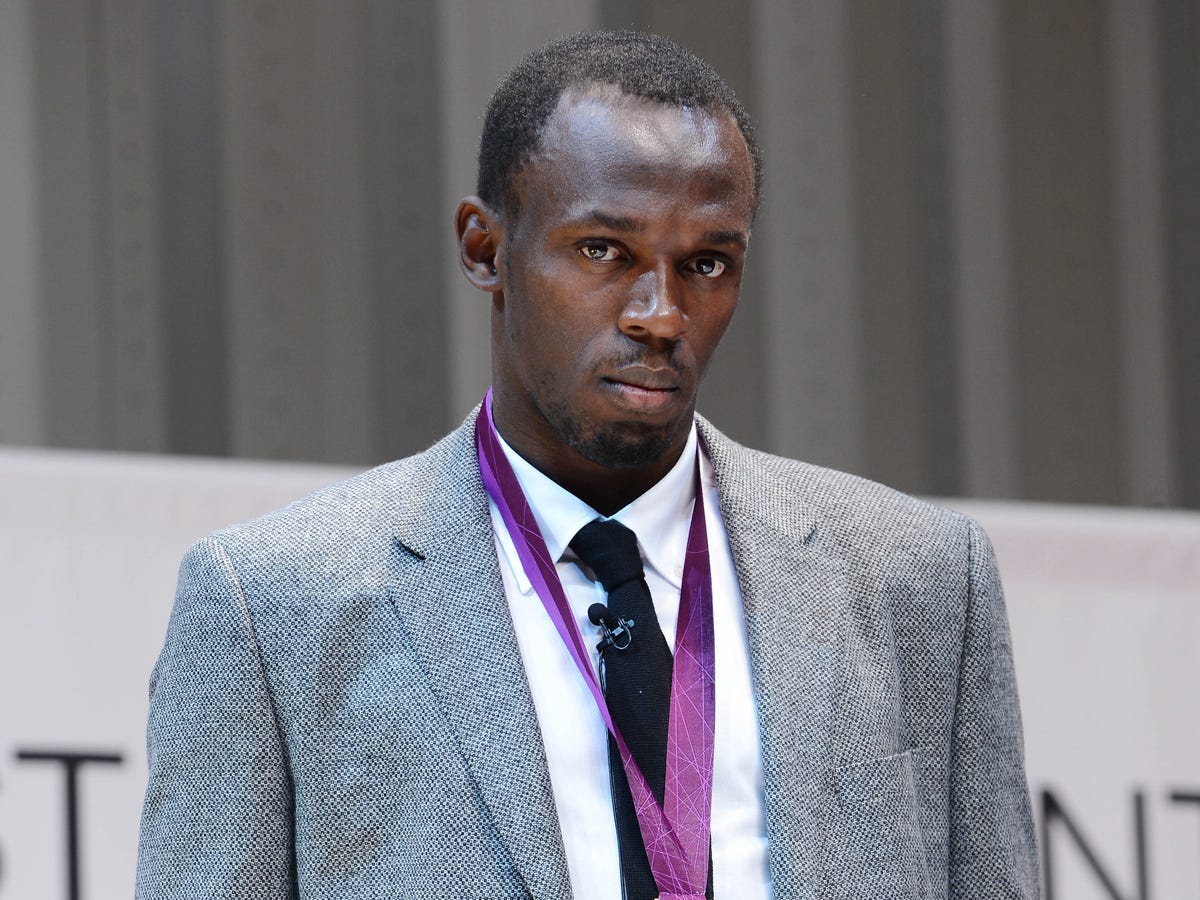 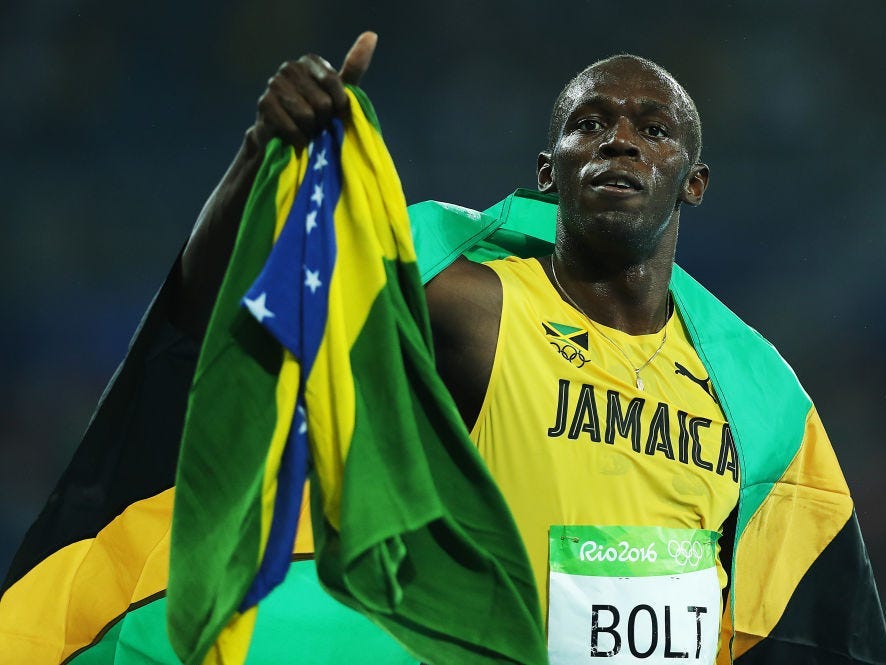 The eight-time Olympic gold medalist sprinter told Insider that his friends made the bet "because I always bragged about my abs when I was competing." 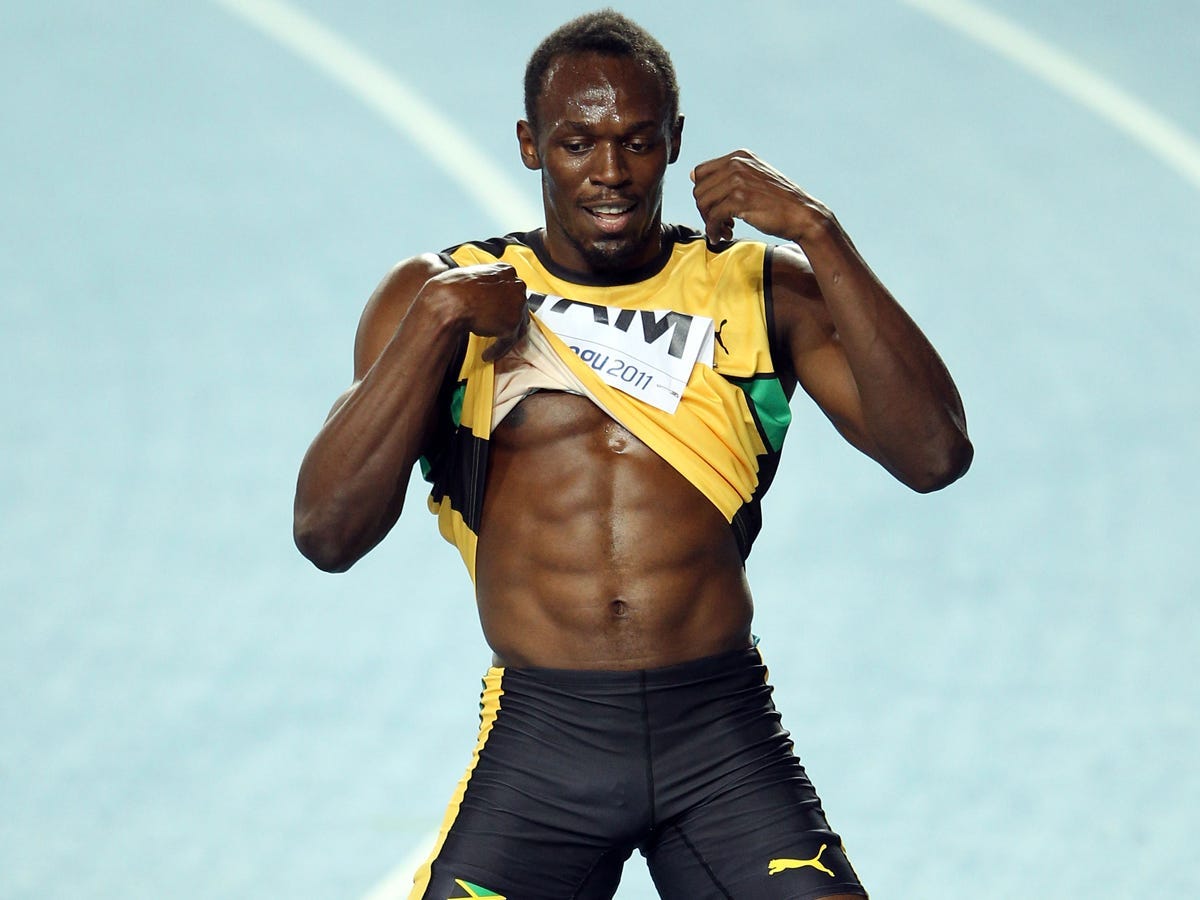 Usain Bolt is back on the track, running a new distance, and racing an opponent unlike any he’s faced before

Usain Bolt told Insider he's "already started smack talking CarMax," his unorthodox rival, and "told them they have no chance" in the half-mile race. 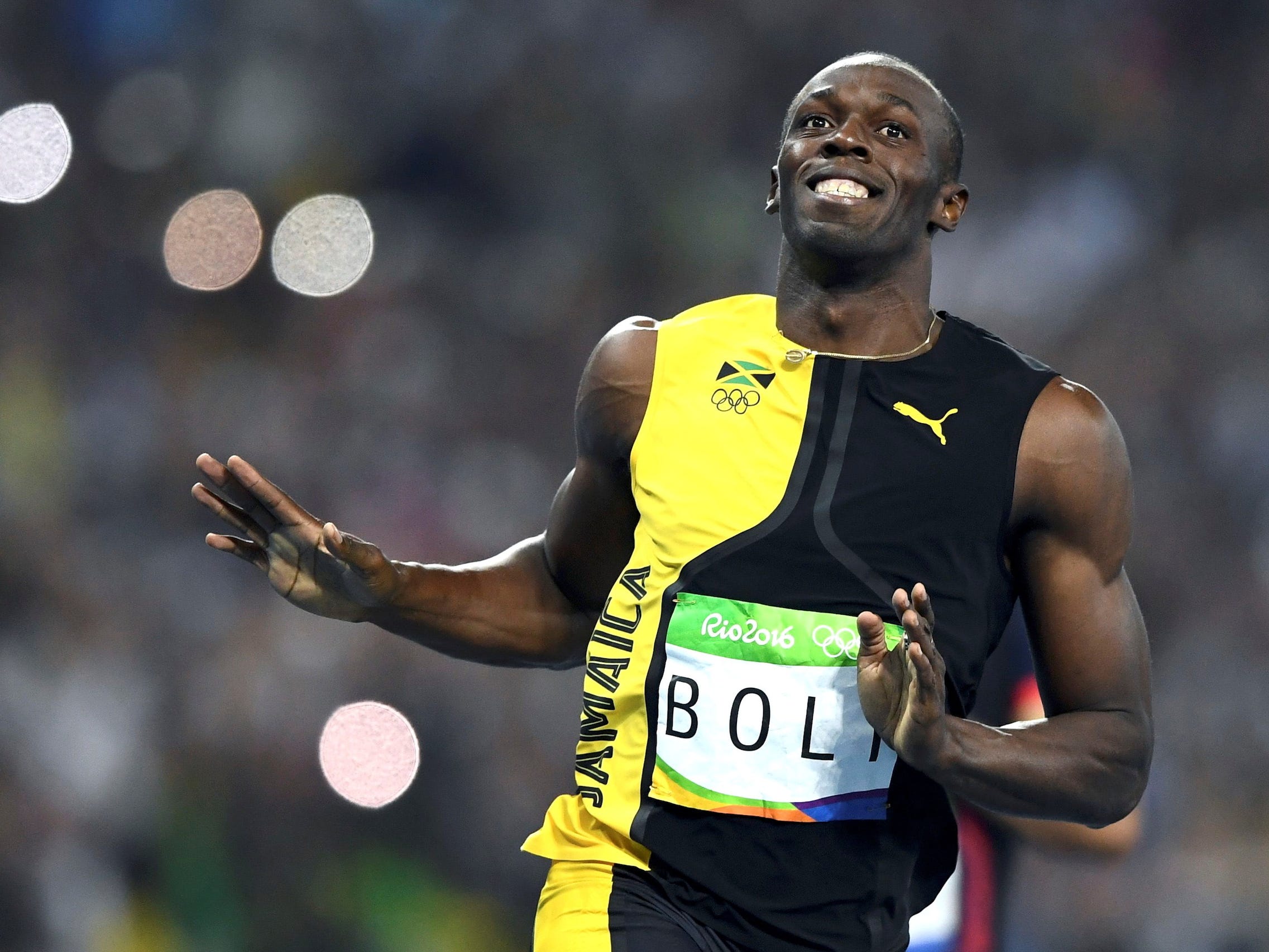 Naomi Osaka, Tony Hawk, and Usain Bolt star in a powerful Olympics film to remind fans that we’re ‘stronger together’

Take an exclusive look at the "Hero" video kicking off the International Olympic Committee's "Stronger Together" campaign ahead of the Tokyo games. 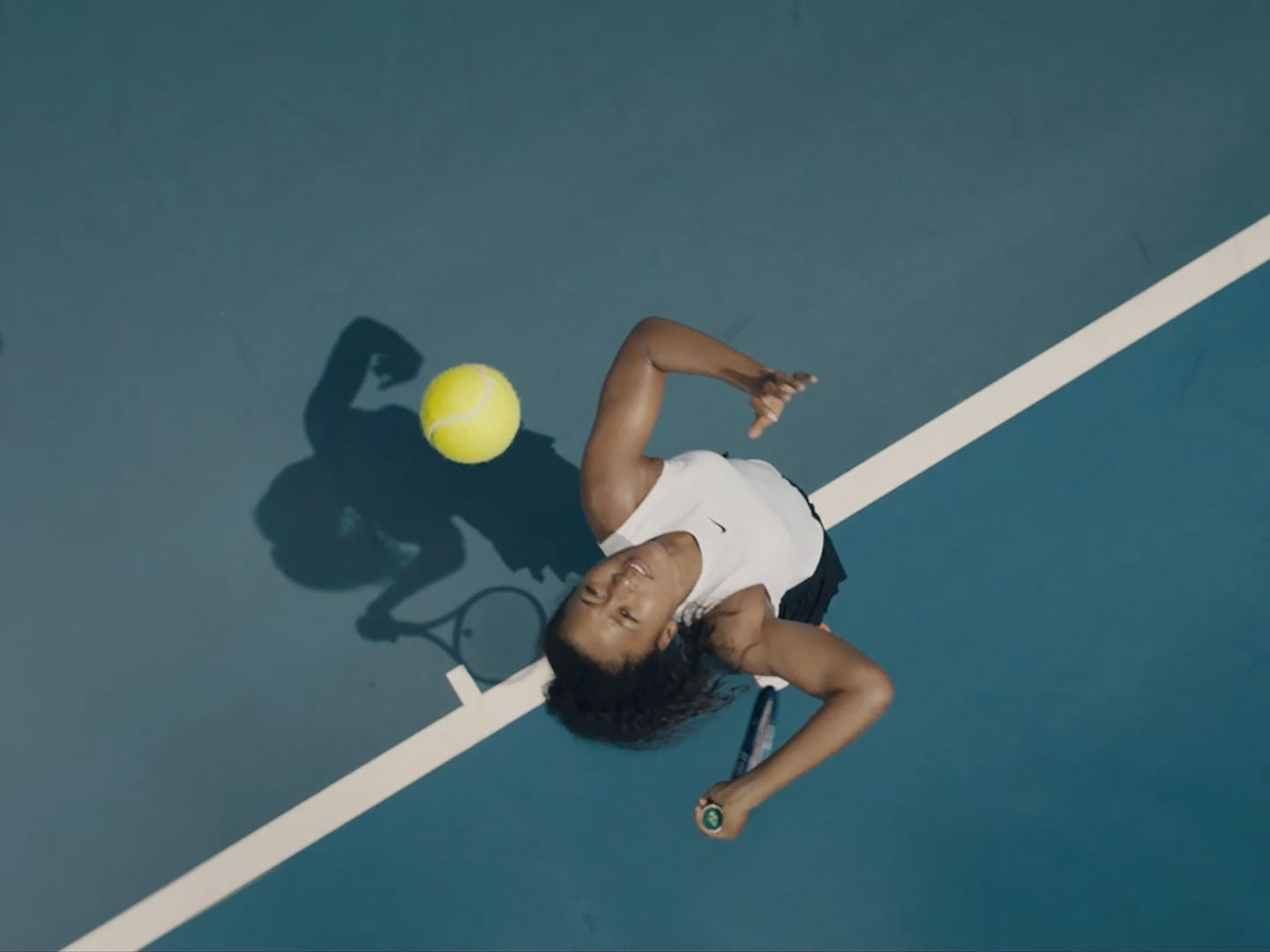 The sprinter announced the names of his new twin boys in an Instagram post, also featuring his girlfriend Kasi Bennett and daughter Olympia. 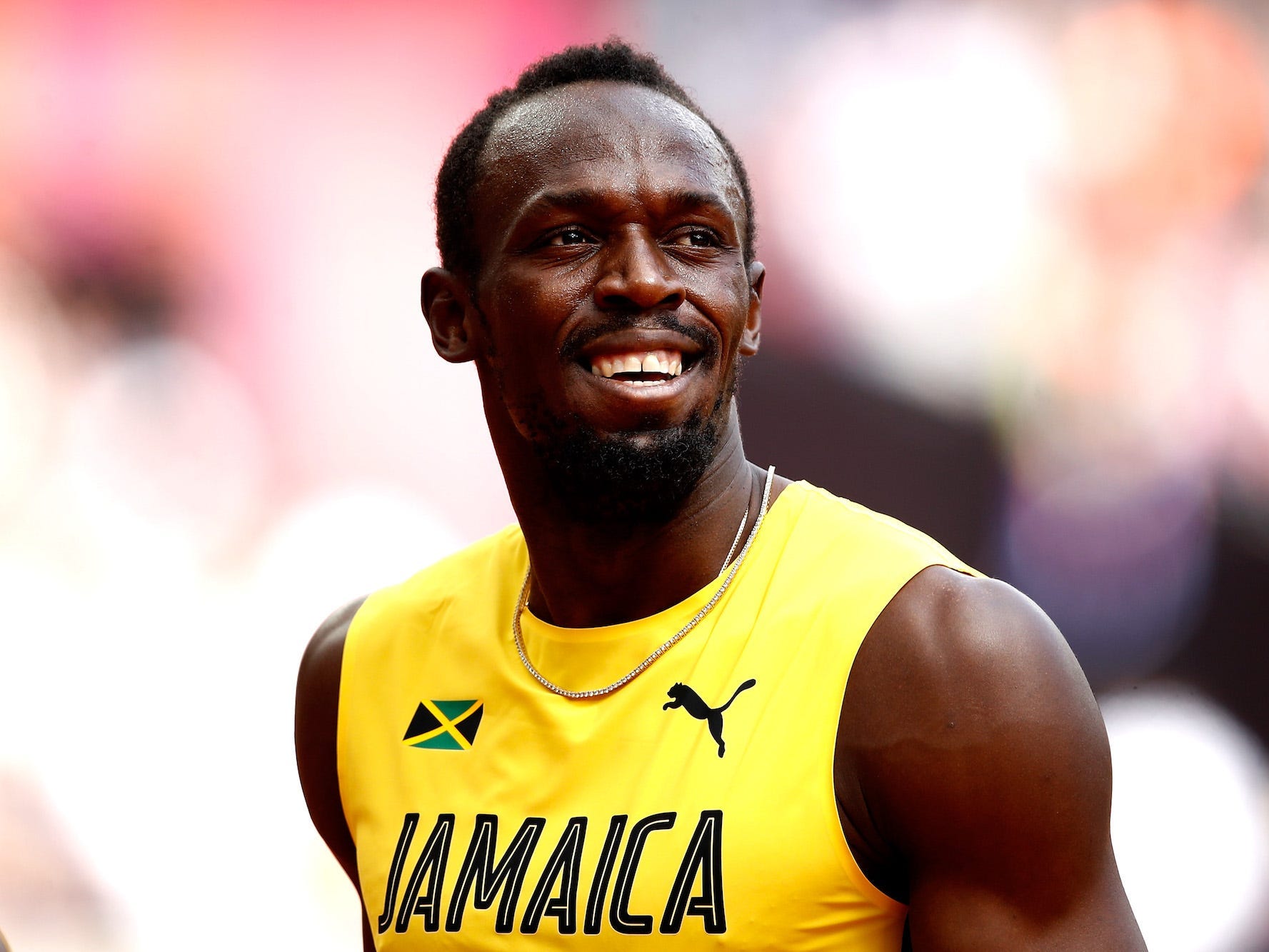 Usain Bolt has tested positive for the coronavirus just days after partying in Jamaica with other sports stars to celebrate his 34th birthday. Manchester City forward Raheem Sterling, Bayer Leverkusen’s Leon Bailey, and cricketer Chris Gayle were present at the bash on Friday, according to The Guardian. Jamaica’s Minister of […] 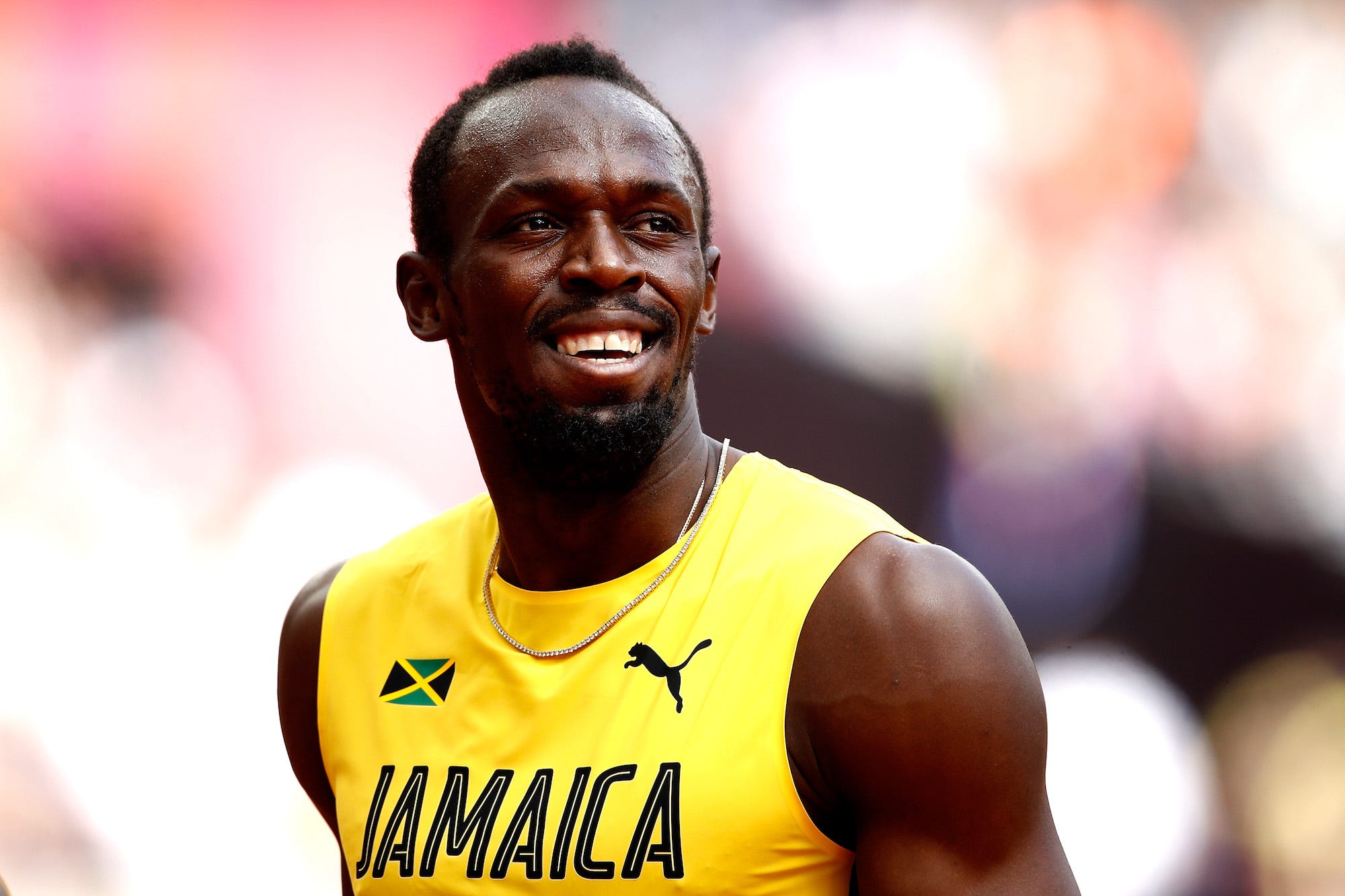 American sprinter Noah Lyles thought he’d broken Usain Bolt’s 200m world record at Thursday’s Inspiration Games. However, shortly after crossing the finishing line, his 18.90 second effort was ruled out after it turned out he’d actually only ran 185m. Lyles tweeted afterwards: “You can’t be playing with my emotions like […] 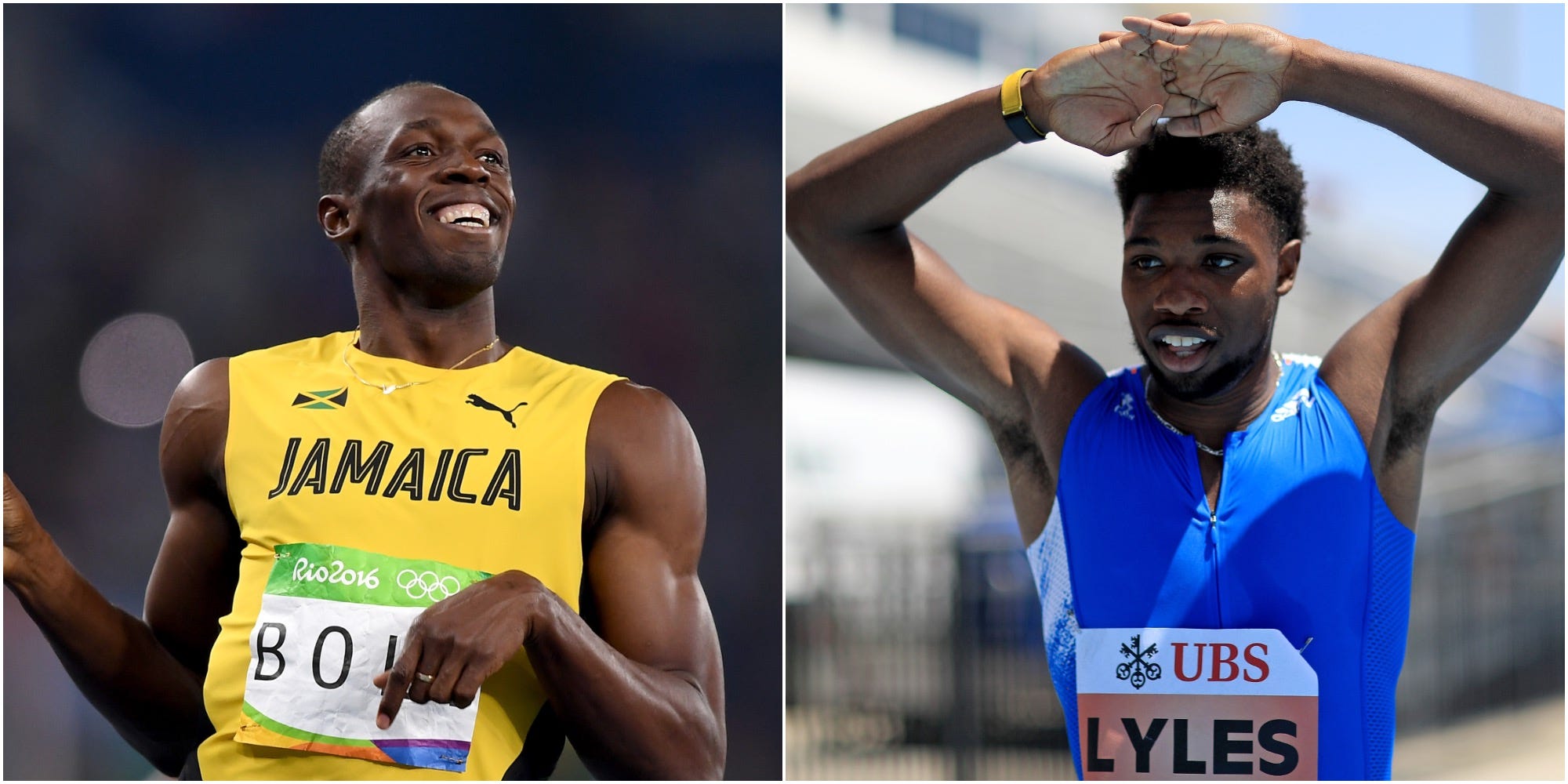 Britney Spears claims to have run a 6-second 100-metre dash, which would make her the fastest person on the planet

Britney Spears claims she’s the fastest person to ever walk the Earth. The 38-year-old American pop star posted on Instagram that she ran a 5.97-second 100-metre dash. Legendary Jamaican sprinter Usain Bolt currently holds the world record for the 100 meters at 9.58 seconds, meaning Spears would have beaten his […] 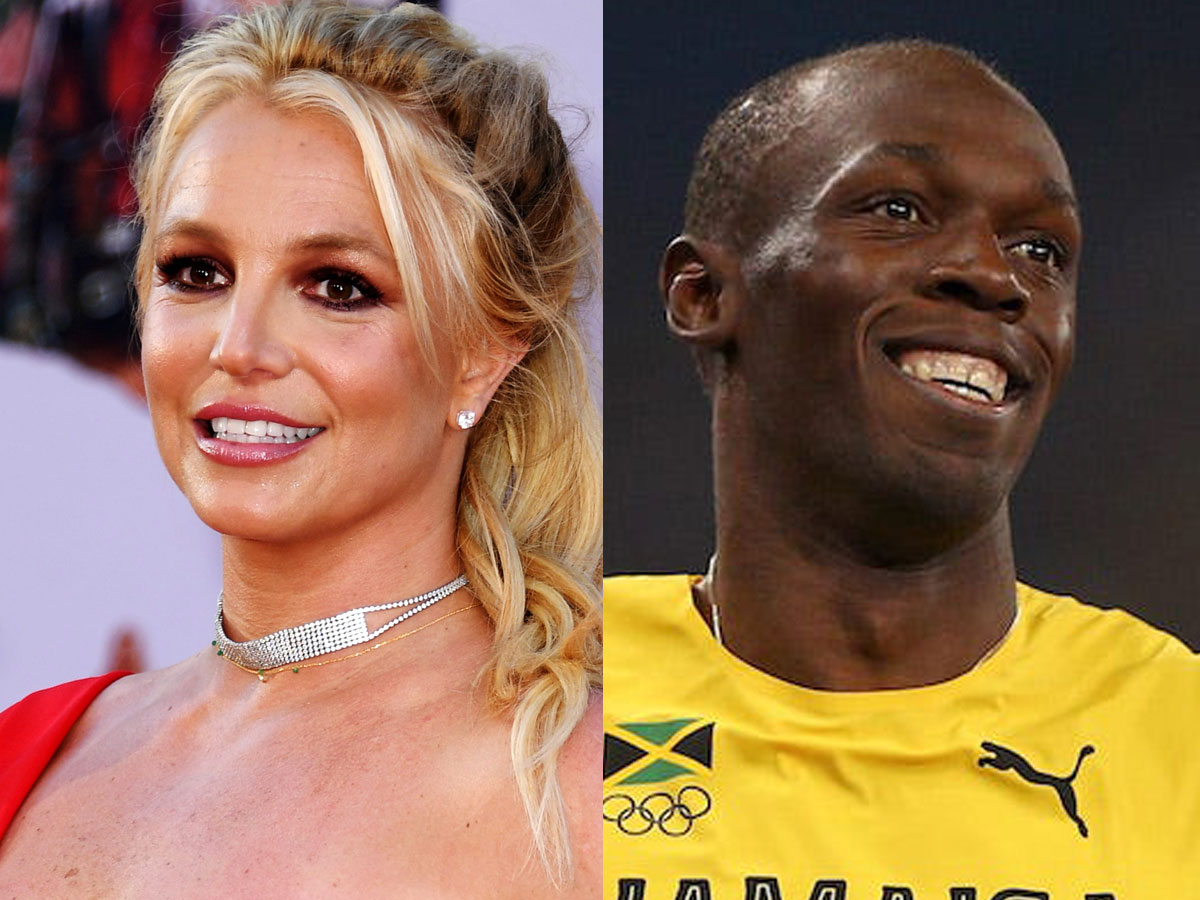 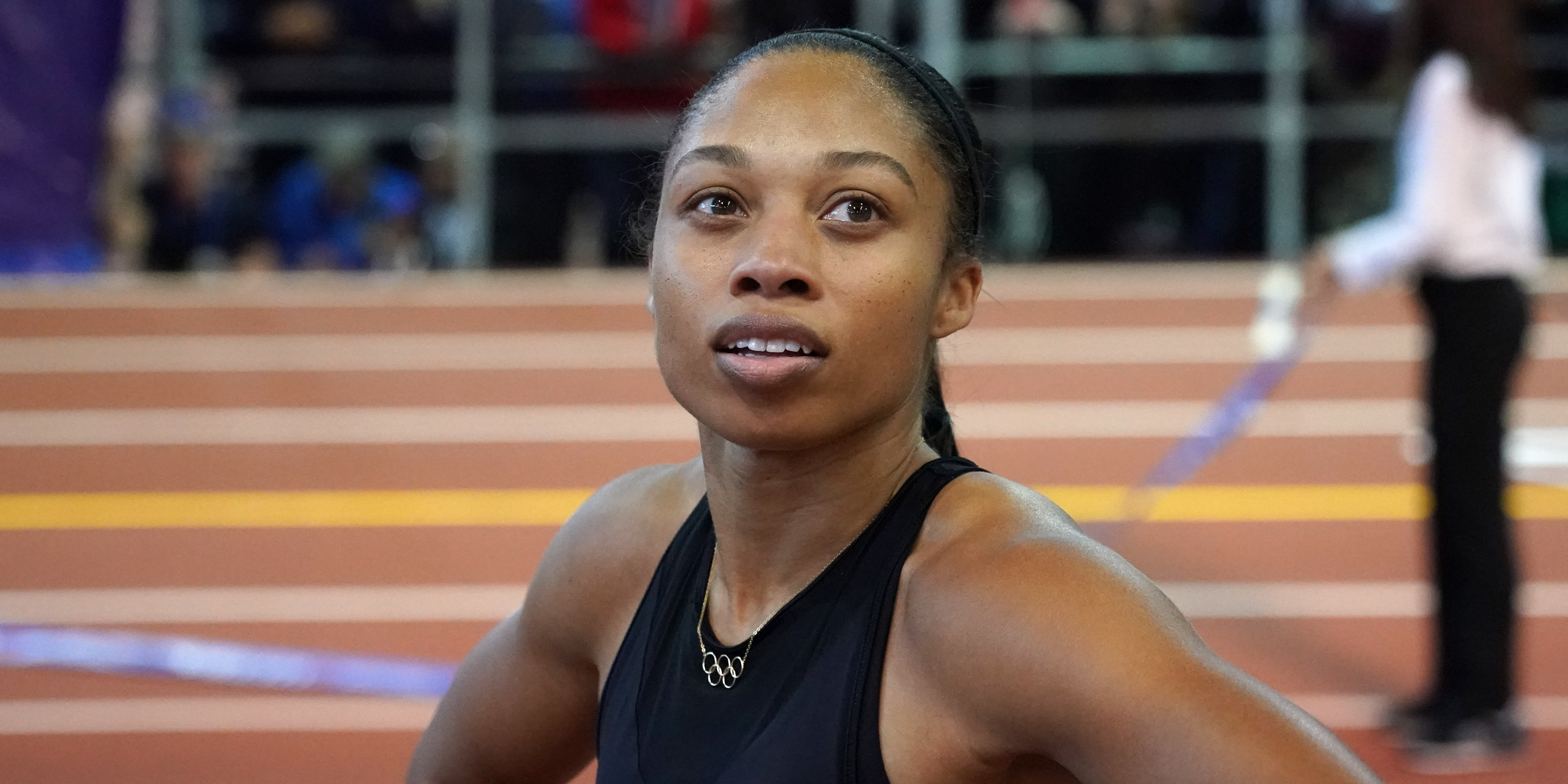 Usain Bolt says watching Manchester United is “rough,” and that “soft” Ole Gunnar Solskjaer is the biggest problem at the club. United is currently enduring its worst ever season in the English Premier League, sitting ninth in the table and 41 points behind leaders Liverpool FC. “I think [Solskjaer] is […] 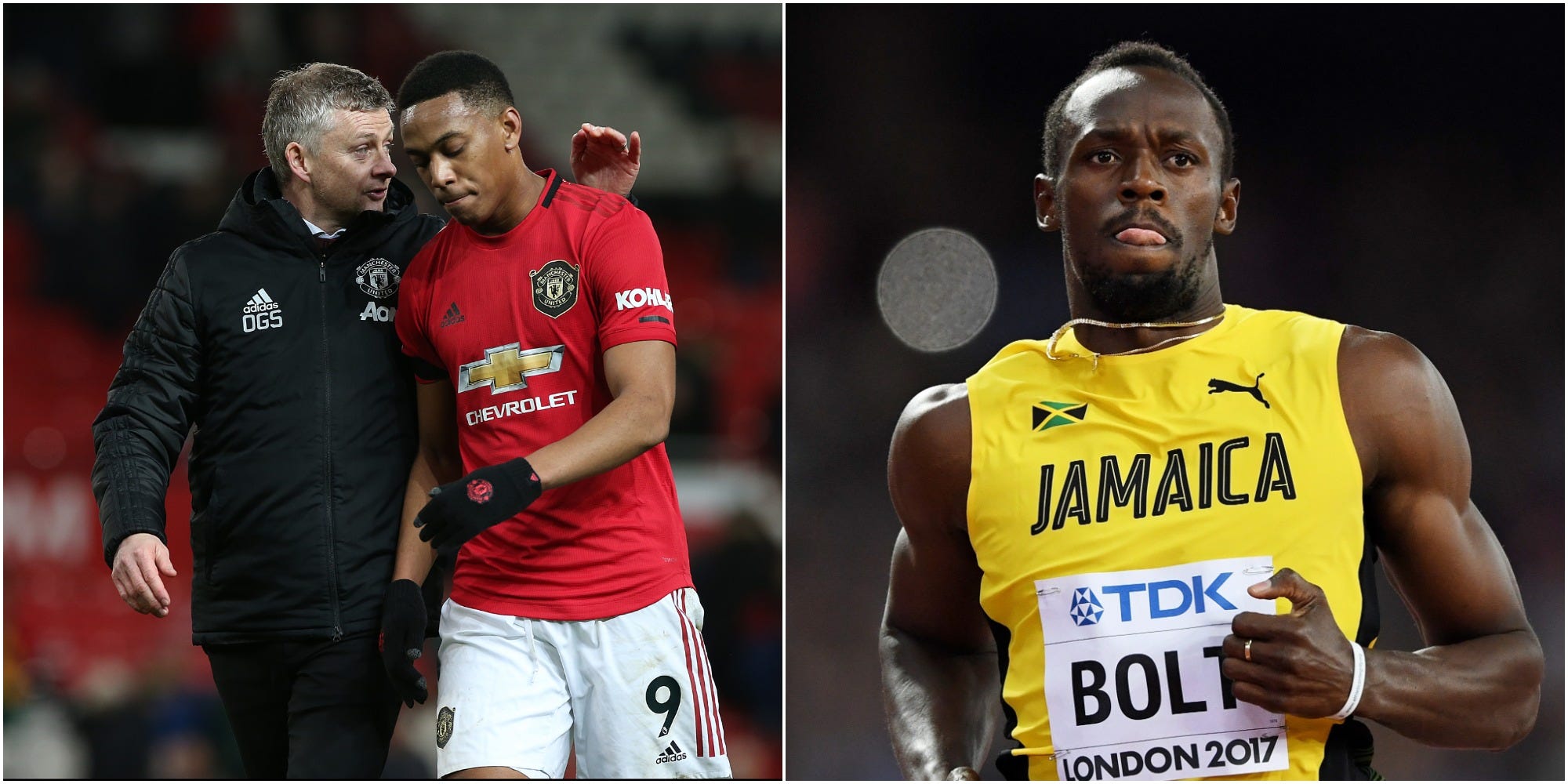 Olympian Allyson Felix won her 12th gold medal at the World Championships on Sunday, breaking Usain Bolt’s record. The victory comes just months after Felix spoke out against Nike’s policies towards athletes who have children. Nike revised its maternity policies after Felix, and other athletes, exposed the company’s practices. Visit […] Sheldon Edwards is a barber to the world’s top soccer stars and athletes. Some of his clients include Manchester City’s Raheem Sterling, Chelsea’s Oliver Giroud and the world’s fastest man, Usain Bolt. We learned how he started from humble beginnings in Jamaica and how he built HD Cutz, a globally […] Usain Bolt and Australian football club the Central Coast Mariners look set to part ways because the Olympic sprint champion’s dream of being a professional soccer player comes with a hefty price tag the club is not willing to meet. Bolt came to train with the A-League club, based north […]

Aspiring professional footballer Usain Bolt has rewarded the faith Central Coast Mariners placed in him by turning down a two-year contract with Maltese Premier League champions Valetta in the hope of scoring a contract with the A-League side. Just seven weeks into trialling with the Mariners, based north of Sydney, […]

Electric pace, a predator’s instincts, and 2 goals: Usain Bolt scores in an Australian soccer match — but not everybody is impressed

Usain Bolt is out of the starting block when it comes to goals. The former Olympic sprinter, who won eight gold medals during an illustrious career, has switched sports and is already attracting headlines in soccer. Bolt is on trial at the Australian team Central Coast Mariners and he scored […]

Usain Bolt is trialling with an Australian football club

The world’s fastest man, retired Jamaican sprinter Usain Bolt, is taking another shot at his dream of becoming a professional footballer, committing to “an indefinite training period” with Australian A-League football team, the Central Coast Mariners. The club, based north of Sydney, confirmed the deal today after weeks of speculation, […]

Major League Soccer has officially awarded a new franchise in Miami to an ownership group led by legendary footballer David Beckham. The announcement came after years of snags and obstacles in securing a new stadium in the Miami area. After the official announcement, several A-list celebrities reached out with personal […]

Usain Bolt confirmed he has a trial period with German football club Borussia Dortmund in March. The former Olympic gold medal sprinter trained with a South African team on Monday to sharpen his skills ahead of the trial in Germany. Bolt hopes he is good enough to sign for Manchester […]