Holiday shipping is going to be chaotic and expensive this year

For the first time ever, USPS is temporarily charging more for shipping during the busiest time of the year: The holiday season. 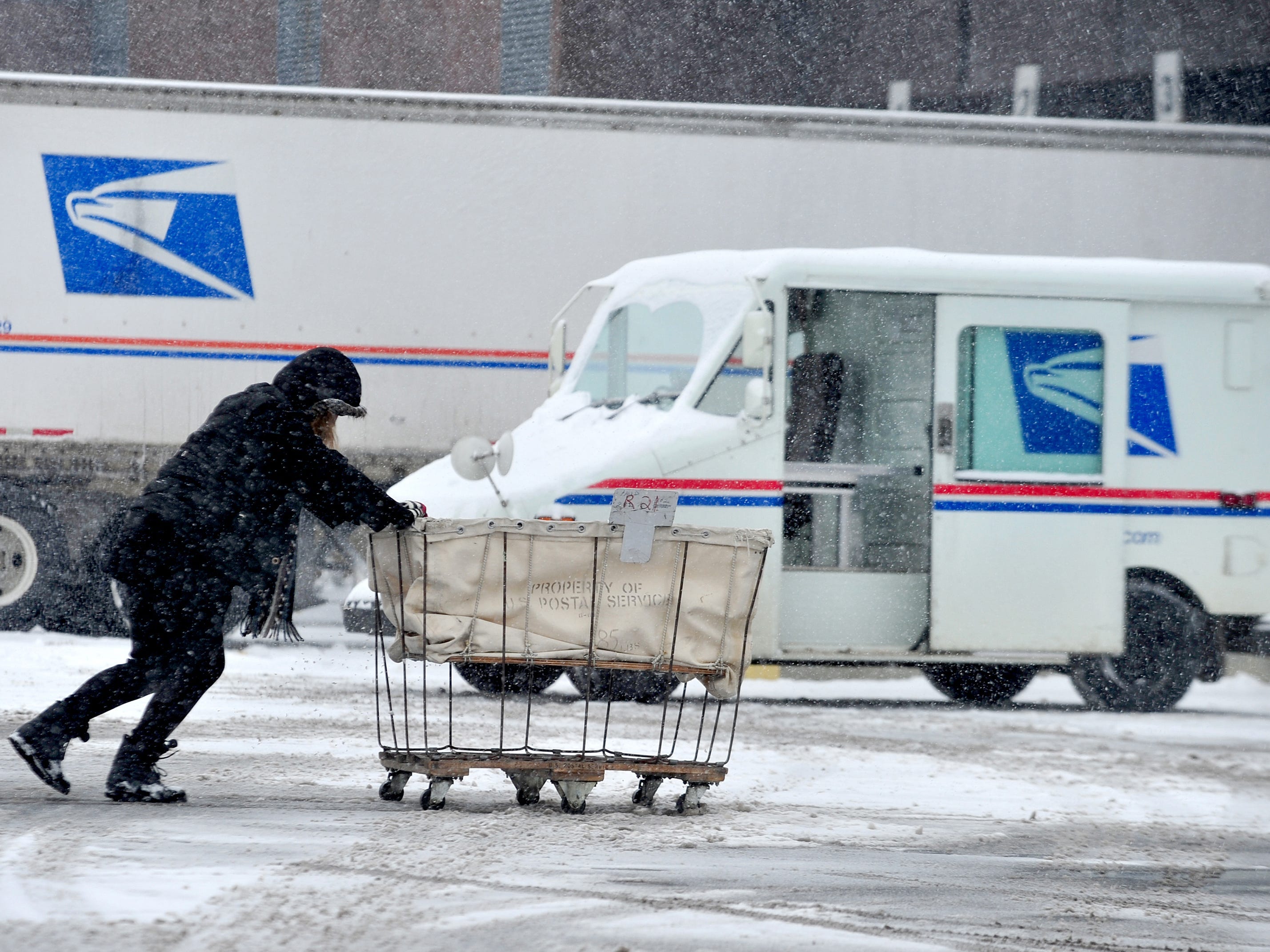 US Postmaster General Louis DeJoy said in a 2005 interview that Donald Trump’s leadership style was “self-destructive” and that if he ever worked for Trump, he would be ousted. “I’d be fired,” DeJoy told The Greensboro News & Record in January 2005. “That attitude that you are the most important […] 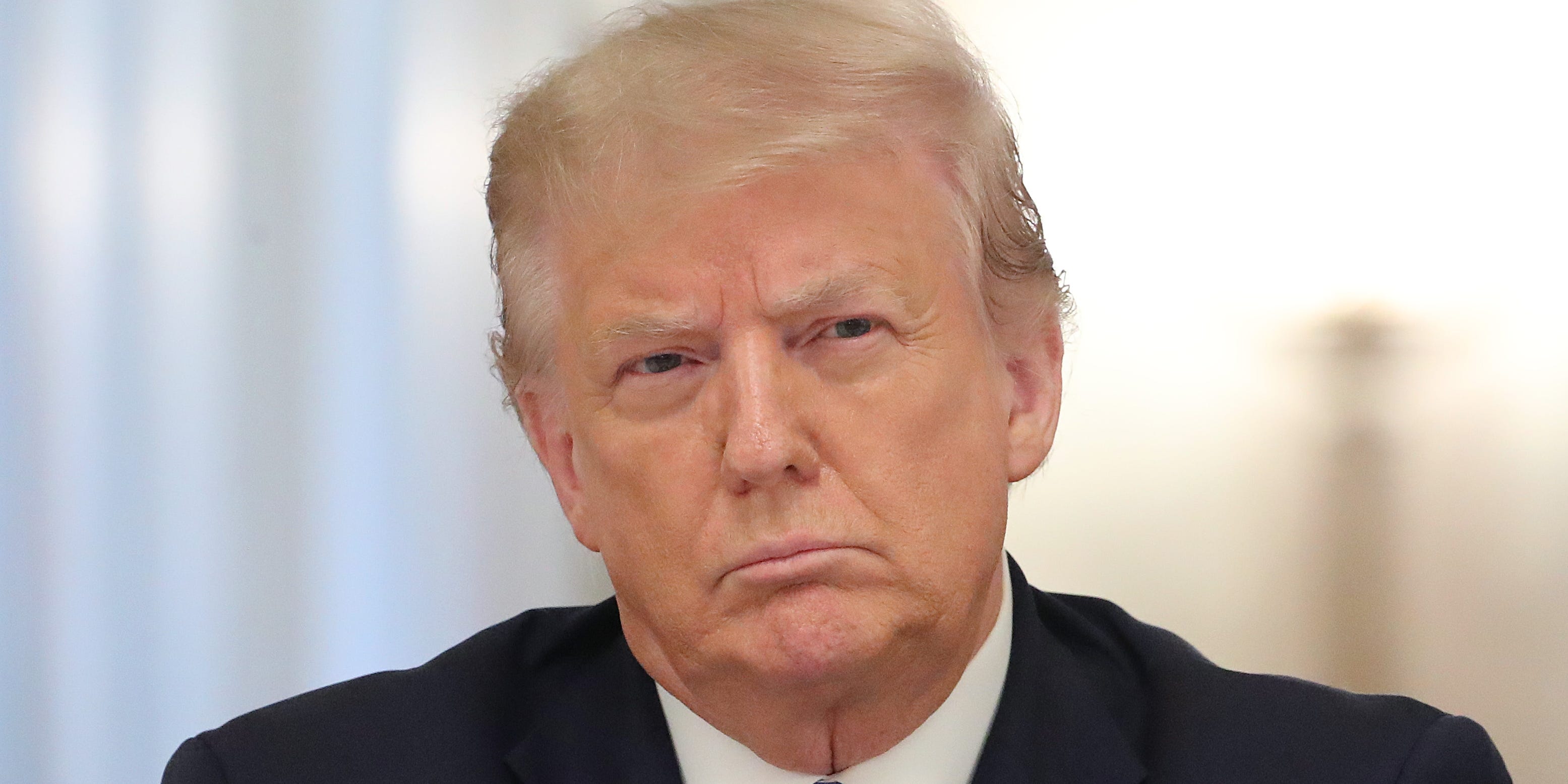 President Donald Trump told reporters Wednesday that the US Postal Service did not have the funds to cope with increased mail-in voting. “They don’t have the money to do the universal mail-in voting. So therefore, they can’t do it, I guess,” Trump said. There are proposals to better fund the […] 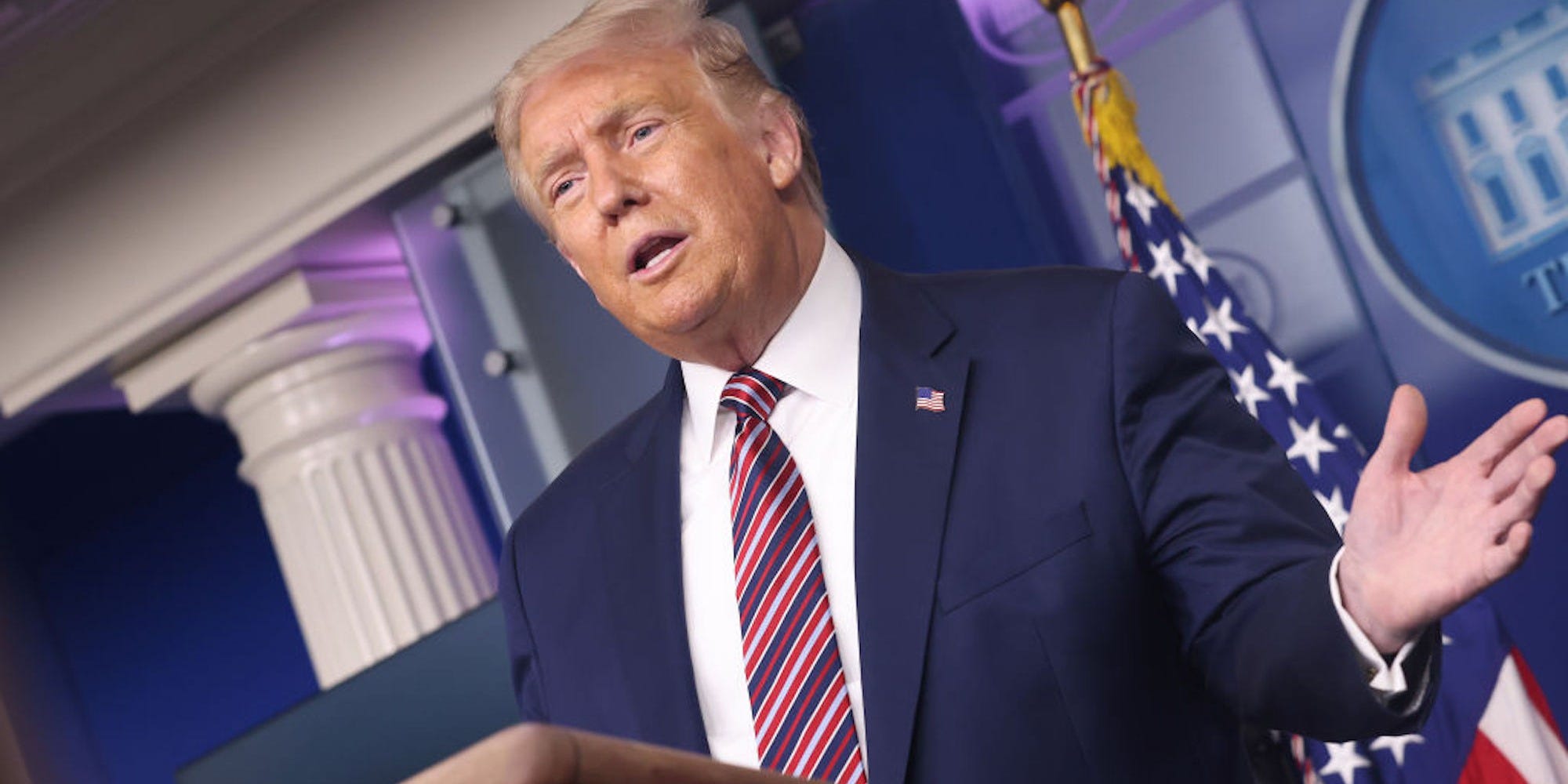 The USPS on Monday tweeted a series of jokes amid ongoing controversy over the postmaster general’s cost-cutting measures. “We weren’t going to post a joke about mail, but sometimes you just gotta send it,” one of the tweets read. The tweets elicited a myriad of responses, from frustration over lost […]

The United States Postal Service is strongly recommending that Americans voting by mail in November request their ballot at least 15 days before the election. “We recommend that jurisdictions immediately communicate and advise voters to request ballots at the earliest point allowable but no later than 15 days prior to […]

The US Postal Service has added a white, envelope-covered crop top to its online store, one of its few sources of revenue. The USPS is in the midst of a financial crisis, accelerated by plummeting letter mail amid the COVID-19 pandemic. The mail service doesn’t rely on tax dollars for […] ‘The supervisor coughed in a coworker’s direction as a joke’: As coronavirus cases at the US Postal Service surpass 1,200, employees say a lack of supplies and care is putting them at risk

Confirmed cases of the novel coronavirus have surpassed 1,200 at the United States Postal Service, which logged a mere 51 cases less than a month ago. More than 30 employees have died. In emails to Business Insider, USPS employees claimed a lack of sanitation supplies, sick pay, and care from […] 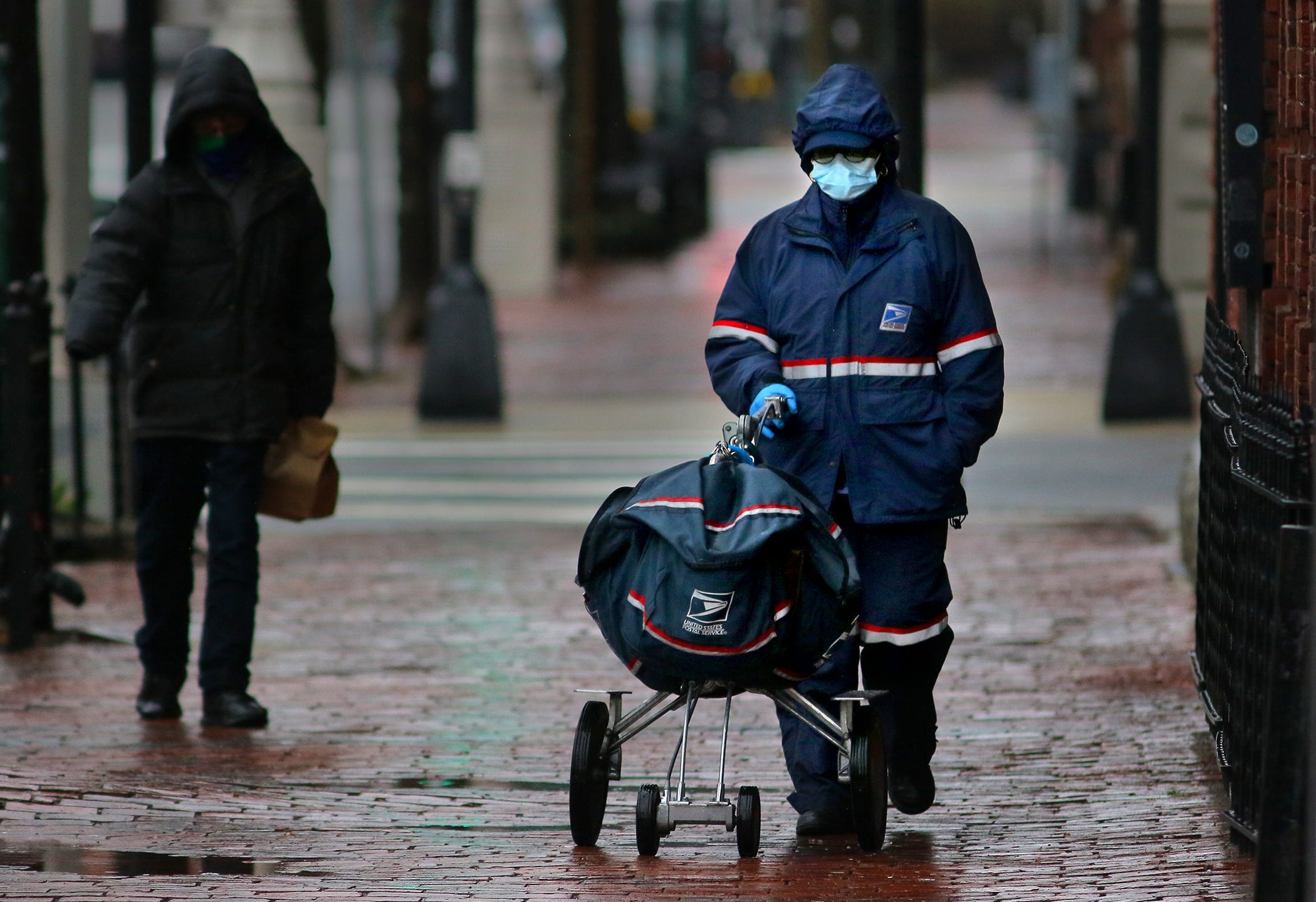 While the US Postal Service fights for its life financially, 2,000 of its workers are in quarantine and dozens have tested positive for the coronavirus

The United States Postal Service isn’t doing well, both financially and in terms of employees’ exposure to the novel coronavirus. Fifty-one USPS employees had tested positive for COVID-19 as of Wednesday, and 2,000 of its roughly 500,000 employees are in quarantine. Financially, lawmakers warned this week that plummeting mail volumes […] 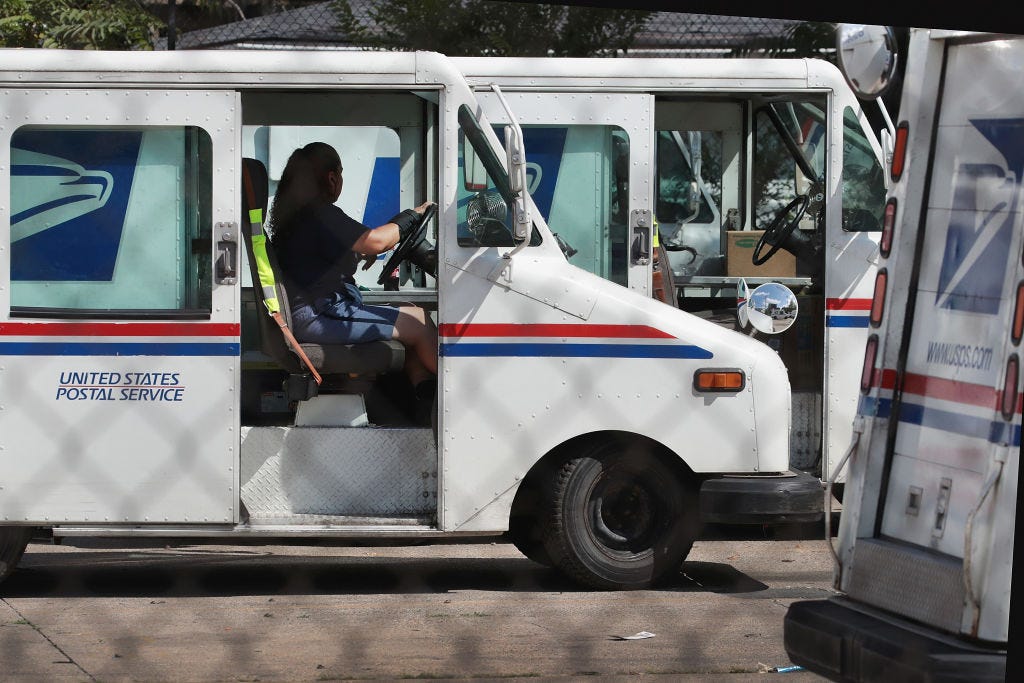 President Donald Trump ordered the creation of a task force to study the US Postal Service and its financial difficulties on Thursday. Trump has criticised the Postal Service’s deal with Amazon, which he believes unfairly benefits the e-commerce giant. However, if the Postal Service raises prices, it would likely impact […] President Donald Trump launched a barrage of attacks on Twitter claiming Amazon has taken advantage of the US Postal Service. Trump reportedly wants Amazon to pay more in shipping costs to the USPS, according to a Vanity Fair report. A UBS analyst says the move may have unintended consequences by […] The former postmaster general of the US Postal Service “unequivocally stated” that the Amazon contract is profitable. Earlier this week, President Donald Trump said that Amazon is “costing the United States Post Office massive amounts of money.” According to the ex-postmaster general, Amazon is actually playing a key role in […] Lance Armstrong on $100 million fraud case against him: ‘We like our case’