Kim Jong Un’s mysterious sister, who helps him govern but was rumoured to have fallen from favour, just appeared next to him at a major event

Kim Jong Un’s younger sister, considered the most powerful woman in North Korea, was just seen publicly for the first time in 52 days. Kim Yo Jong was pictured clapping beside Kim at the Mass Games, an annual propaganda event, after rumours that she had fallen out of favour. She […] Kim Jong Un’s ‘princess’ sister was mysteriously absent from his side at North Korea’s summit with Putin, further fuelling rumours of her demotion

Rumours have been swirling that Kim Yo Jong, the sister of North Korean leader of Kim Jong Un and most powerful woman in the country, has fallen from favour. She was excluded from high-level party talks earlier this month, and wasn’t seen at Kim Jong Un’s side at his first […] North Korea abruptly pulled out of a liaison office set up to improve inter-Korean relations, South Korea said on Friday. The joint office was established last September to improve relations and allow regular communication between the rivals. Pyongyang’s withdrawal comes shortly after US-North Korean talks collapsed in February, and the […] Kim Jong Un returned to a hero’s welcome in North Korea after a 2-day, 2,000-mile train ride home from his summit with Trump

Kim Jong Un returned home to a hero’s welcome from his 60-hour train ride from Vietnam after his summit with President Donald Trump. He arrived in Pyongyang at 3 a.m. on Tuesday and walked down a long red carpet flanked by dozens of soldiers and cheering citizens. He began his […] ‘Why shouldn’t I like him?’ Trump piled praise on Kim Jong Un in his first interview since their summit collapsed

In his first interview since the collapse of his summit with Kim Jon Un, President Donald Trump praised Kim as “very sharp” and a “real leader.” Talking to Sean Hannity of Fox News – who went with Trump to their summit in Vietnam – the president asked “Why shouldn’t I […] North Korea’s foreign minister has contradicted President Donald Trump’s summary of his second meeting with Kim Jong Un. Early Friday in Vietnam, Ri Yong Ho said North Korea had not asked for the US to ease all sanctions in exchange for concessions it was willing to make on its nuclear […] In a speech 2 months ago, Kim Jong Un hinted at military escalation if Trump doesn’t give him the sanctions relief he demanded

Kim Jong Un suggested in a New Year’s speech two months ago that if the US didn’t ease sanctions on North Korea, Pyongyang could resort to military escalation. On Thursday, he and President Donald Trump ended their summit in Vietnam early because Kim refused to give up enough nuclear sites, […] ‘I will take him at his word’: Trump sides with North Korea and says Kim Jong Un had no idea Otto Warmbier was in ‘horrible’ condition

President Donald Trump says he believes North Korean leader Kim Jong Un and the regime’s “top leadership” had no idea of the “horrible” conditions American college student Otto Warmbier endured as a prisoner. Warmbier was on a five-day tour of North Korea when he was imprisoned for 18 months for […] Stocks around the world are falling Thursday, after talks between US President Trump and North Korea’s leader Kim Jong-Un abruptly ended earlier than scheduled during their summit in Vietnam. South Korean stocks were particularly badly hit, with South Korea’s benchmark Kospi index dropping close to 2%. Adding to jitters: an […] The White House was confident enough of a deal with Kim to schedule a signing ceremony, but had to abandon it when talks collapsed

President Donald Trump and North Korean leader Kim Jong Un’s second summit in Hanoi, Vietnam, ended early and without a deal. Trump said it was because Kim wanted total sanctions relief in exchange for closing only some of his nuclear sites. The White House was confident enough in a deal […]

President Donald Trump on Thursday said talks with North Korean leader Kim Jong Un in Vietnam fell through because Kim demanded total sanctions relief but wouldn’t give up enough nuclear sites. “They were willing to de-nuke a large portion of the areas we wanted, but we couldn’t give up all […] Sirloin, kimchi, and chocolate lava cake: Here is the 4-course menu for Trump and Kim’s private dinner in Vietnam

Sirloin steak and chocolate lava cake were on the menu for President Donald Trump and Kim Jong Un when they dined together on Wednesday night in Hanoi, Vietnam. The four-course menu was served at Hanoi’s Metropole Hotel at 7 p.m. local time (7 a.m. ET,) but was decided at the […] Former Trump lawyer Michael Cohen is preparing to deliver scathing comments about President Donald Trump before Congress on Wednesday morning. Meanwhile, Trump is in Vietnam with North Korea’s Kim Jong Un. He is trying to secure a pledge to denuclearization and has been touting his warm relations with Kim. Cohen […] North Korean leader Kim Jong Un was spotted smoking a cigarette early Tuesday during a break on his 2,000-mile train journey to meet US President Donald Trump in Vietnam. Japan News Network filmed Kim smoking at China’s Nanning train station just before dawn while talking with an aide. His sister […] Kim Jong Un’s famous running bodyguards were back in action on Tuesday ahead of the US-North Korea summit in Vietnam. The 12 black-suited bodyguards act as an elite human shield for the North Korean leader, and are hand-picked for marksmanship, martial arts skill, and attractiveness. The guards escorted Kim’s official […]

North Korean leader Kim Jong Un arrived by train to Vietnam on Tuesday, though his grand red-carpet entrance took an unusual turn. Kim descended the carpeted ramp alone, before a flustered aide realised, and ran to be by his side. Kim is in Vietnam to meet with US President Donald […] As speculation grows around the health of North Korean leader Kim Jong Un, all eyes are on the Hermit Kingdom – one of the most closed-off places in the world. Propaganda runs rampant and presents a very different outlook on day-to-day life for North Koreans. But much of the country […] 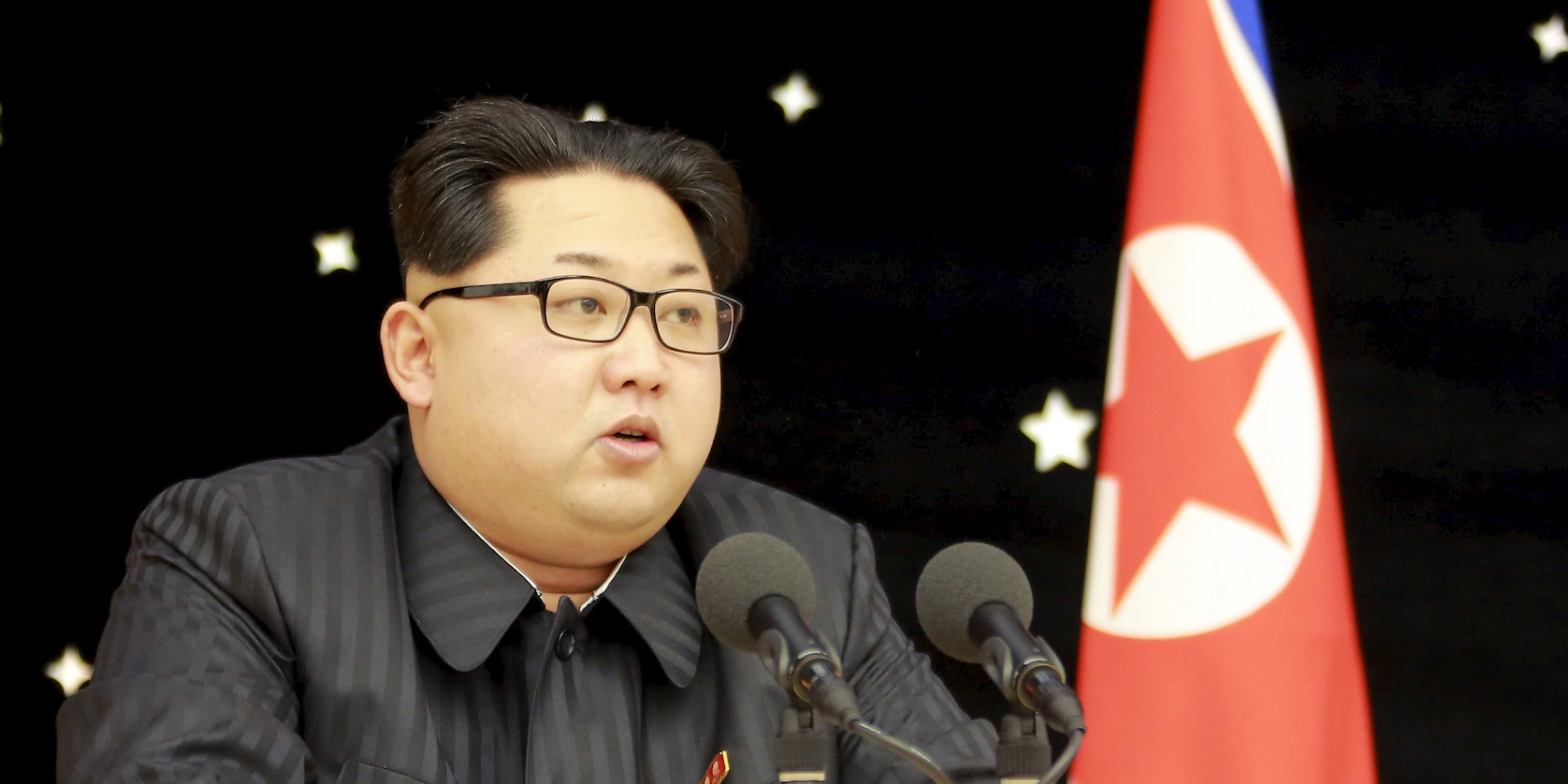