The Reserve Bank of Australia (RBA) is meeting on Tuesday, and is expected to make a major policy decision. Governor Philip Lowe is due to take the irregular step of speaking at 4 pm, and is anticipated to explain a change in the RBA’s strategy amid Australia’s developing recovery. With […]

Goldman Sachs economists Jan Hatzius and Daan Struyven predicted in a Sunday note that the Fed will cut interest rates aggressively to help the US economy combat downside risks of the coronavirus outbreak as it spreads. Those cuts could even come before the Federal Open Market Committee’s next scheduled meeting […] 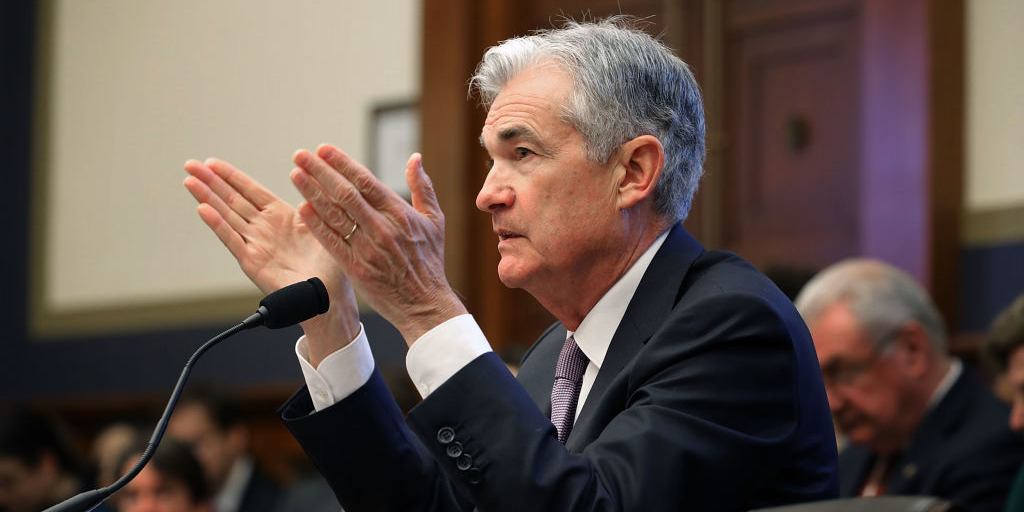 Markets appear to have flipped and are now pricing in a rate cut in Australia on Tuesday. After the US Federal Reserve indicated it may also cut, and the coronavirus tore through markets last week, economists revised their forecasts. However, there remain concerns that another rate cut may not be […]

The US Federal Reserve has cut the official interest rate for the first time since 2008, when George W. Bush was still in the White House. The decision to cut was made as concerns remain about the impact of ongoing tensions between China and the US, despite unemployment at a […]

4 charts that indicate there’s ‘upside risk’ to US inflation

Markets rallied strongly this week when comments from US Fed chair Jerome Powell were perceived as dovish. But multiple analysts called it an overreaction, and argued the data suggests there are more rate hikes in store in 2019. These four charts from Deutsche Bank indicate that upward pressures on wage […]

‘This is not 2007’: Citi analysts have poured cold water on the threat posed by excessive corporate leverage

Corporate credit risk has increasingly come on the radar of major players in global economics and finance. But analysis from Citi suggests conditions in the US commercial lending market aren’t conducive to a near-term market collapse. Citi said current lending activity stands in stark contrast to the sudden withdrawal of […]

There was a steady stream of dovish rhetoric from the US Federal Reserve last week. Morgan Stanley says that with volatility in markets on the rise, investors are watching intently for any hint of a shift in Fed strategy. For its part, Morgan Stanley still expects the Fed to hike […]

Analysis from Morgan Stanley shows an asymmetric relationship in how corporate bond yields affect the economy. When US corporate bond yields widen, economic growth slows. But when they narrow it has little or no effect. Warning signs continue to flash that after years of gorging on cheap debt, more companies […]

Global bond yields are surging, but that may come to a screaming halt next year

More strong US economic data has seen US 10-year bond yields spike to 3.2% this week – the highest level since 2011. Capital Economics says yields could edge higher in the first half of next year, as markets fully price in two more 2019 rate hikes by the US Fed. […]

CITI: Be prepared for a dovish interest rates announcement by the US Federal Reserve

Benchmark US 10-year bond yields have risen more than 20 basis points ahead of tonight’s rate announcement by the US Fed. However, Citi says the median projections for future rate increases by US Fed committee members may tilt to the dovish side. Economist Andrew Hollenhorst also thinks officials may remove […]

Research from the Bank of International Settlements highlights two key shifts that have taken place since the GFC in 2008. Bond markets are now the primary driver of global credit, not bank loans. And the US dollar is now even more dominant as the vehicle for global debt funding The […]

US banks which passed the latest round of Fed stress tests are now free to boost dividend payments and share buybacks. Warren Buffett’s Berkshire Hathaway is one of the largest shareholders in multiple banks, and is now in line for around $US1.7 billion worth of extra dividends. The US Federal […]

The withdrawal of liquidity by the US Fed could be exacerbated by the effect of last December’s tax cuts. It could give rise to a disorderly transition for emerging market economies, many of which raise debt in US dollars. The resulting fallout also poses significant risks to the global economy. […]

For bitcoin and other cryptocurrencies to become a viable money option of the future, they need to address two major shortcomings: convenience and volatility. That’s according to economists Michael Lee and Antoine Martin from the New York division of the US Federal Reserve, who discussed cryptos in an interview published […]

Gold and silver are charging European stocks are bouncing for a second... HSBC: Jackson Hole is likely to be a non-event

If you’re expecting the the Jackson Hole Symposium to spark a bout of volatility in financial markets, prepare to be disappointed. Here’s what Kevin Logan, chief US economist at HSBC, expects will come from the event (and for those frustrated by the tiny market movements this week, look away now): […]

MACQUARIE: The RBA can’t rely on the Fed to push the Australian dollar lower

No matter what’s thrown at the Australian dollar at present, it just doesn’t want to go lower. In the early parts of the year where investors were falling over each other to sell it, now any excuse is being sought to buy it: Janet Yellen is speaking – buy Aussie. […]

The rally that has seen the price of gold gain... Since the 2008 financial crisis, central banks...