President Trump is in bad spirits and avoids his official duties to instead focus on pursuing his claims that the election was stolen from his due to mass electoral fraud, The New York Times reported Saturday. As the president fixates on his election fraud claims, for which he has provided […] 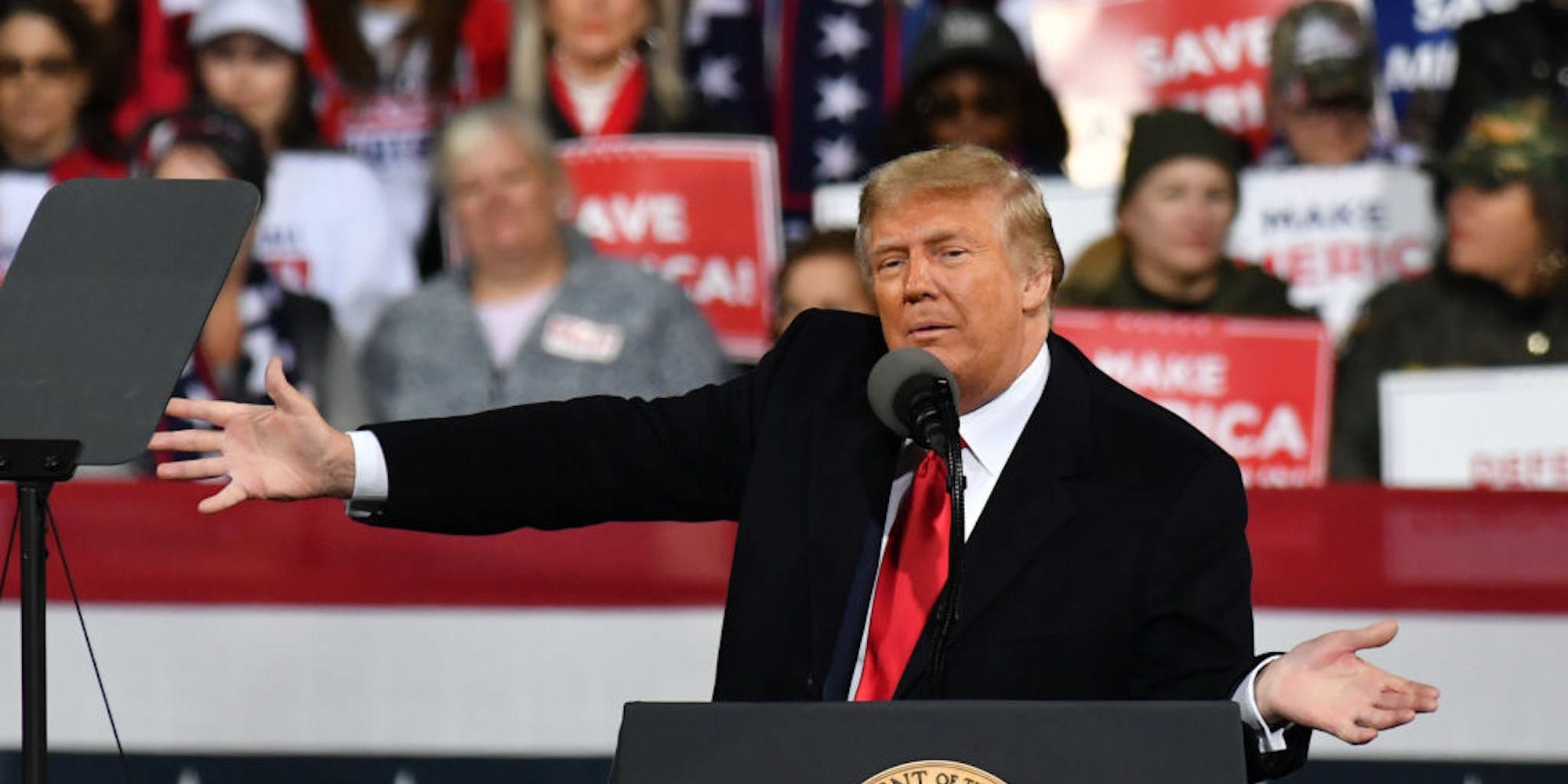 Former Fed Chair Alan Greenspan told Bloomberg that the US is entering a period of slowing economic growth due to a decrease in productivity. The ageing of the population and an increase in social security benefits is contributing to this productivity slowdown, he said. “I’m very much concerned about this […] 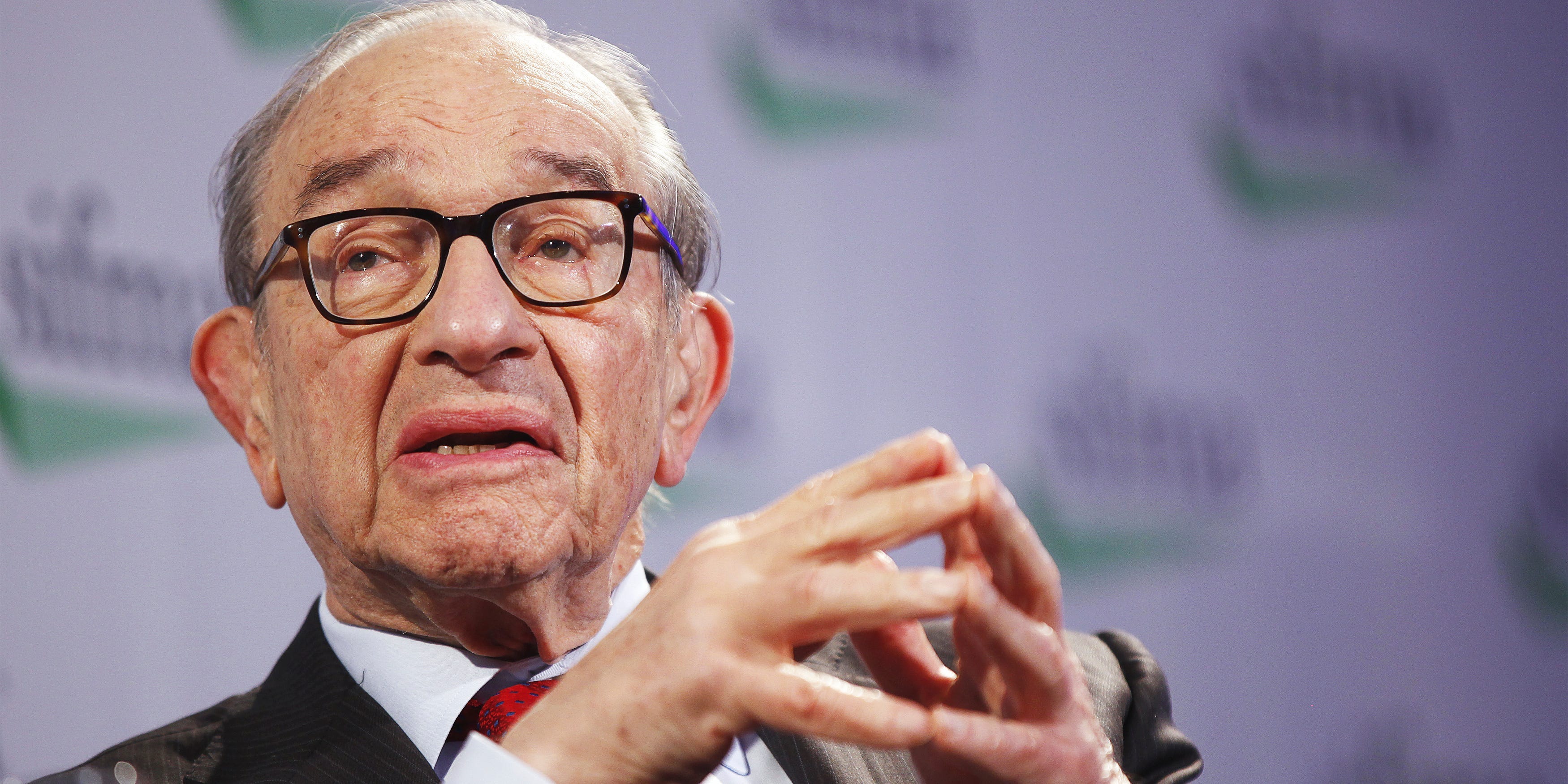 Morgan Stanley slashed its forecast for fourth quarter US GDP growth on Sunday to 3.5%. The firm’s previous estimate for the quarter was 9.3%. A team of economists said they do not expect a second stimulus package to be released by the end of this year. Morgan Stanley’s former 9.3% […] 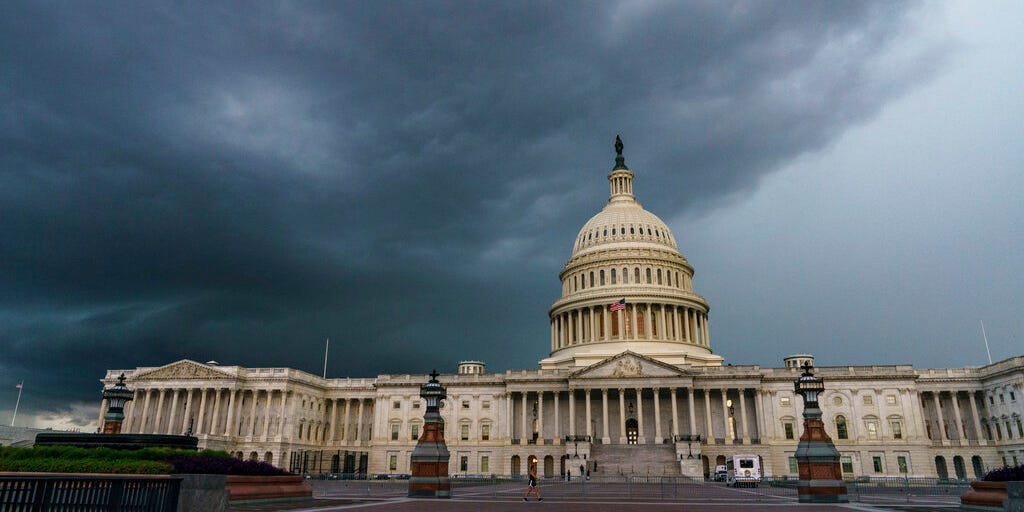 PUTTING AMERICA BACK TO WORK: 19 of the country’s top economists and lawmakers share their best ideas for the 40 million newly unemployed Americans

Over 40 million people have filed for unemployment in the past 10 weeks. That’s more than the population of Canada. The massive job losses have left a question hovering over United States: What, if anything, should be done with all these people? To find out, Business Insider has gathered perspectives […] 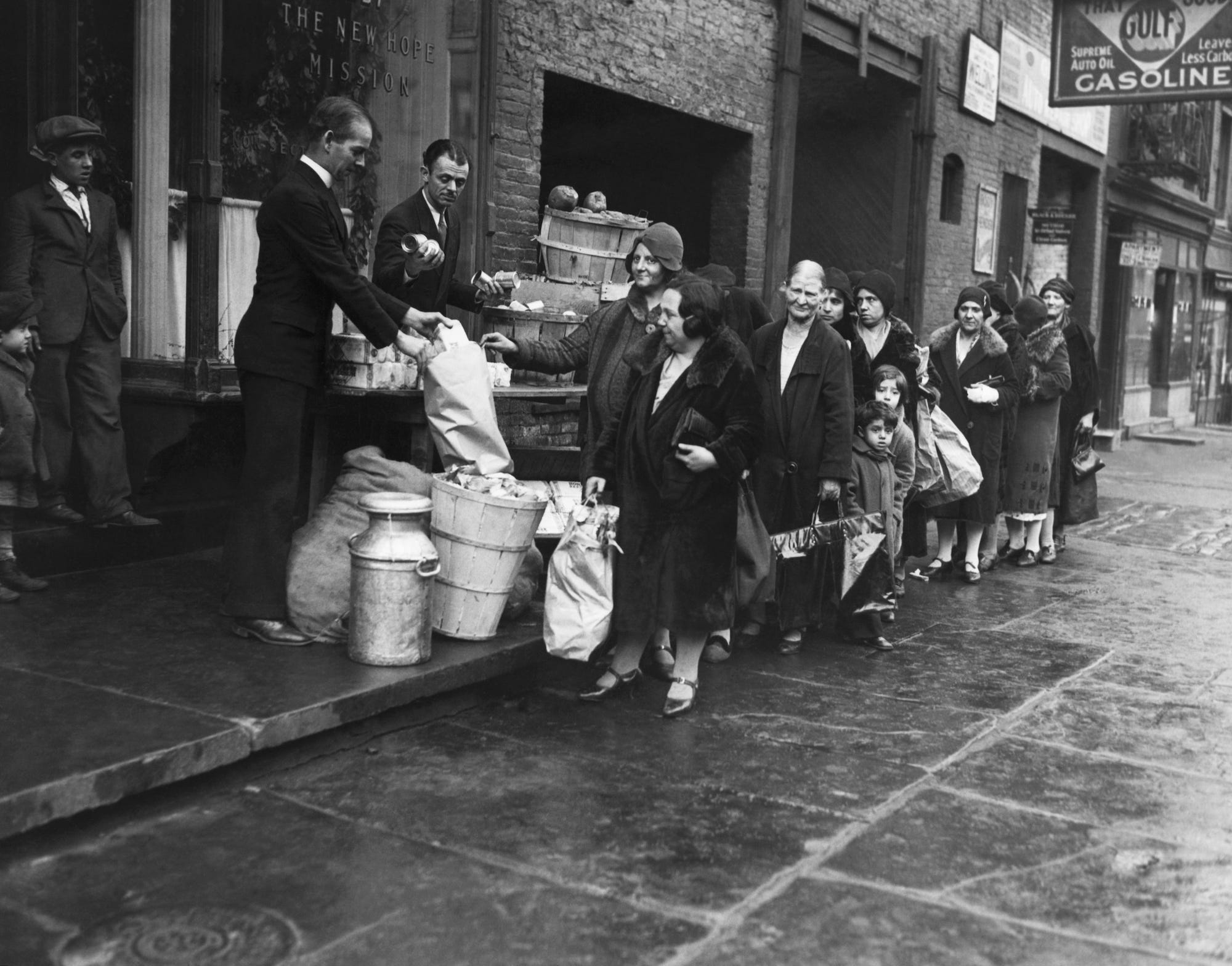 ‘All bear markets include false rallies’: Citi warns stocks have further to fall during the coronavirus pandemic

Larry Kudlow said oil prices should recover from recent lows as the US economy reopens in a Wednesday interview with CNBC. On Monday, US West Texas Intermediate crude oil closed at negative $US37 per barrel, falling below zero for the first time ever. “I’m hoping that this oil slump will […] 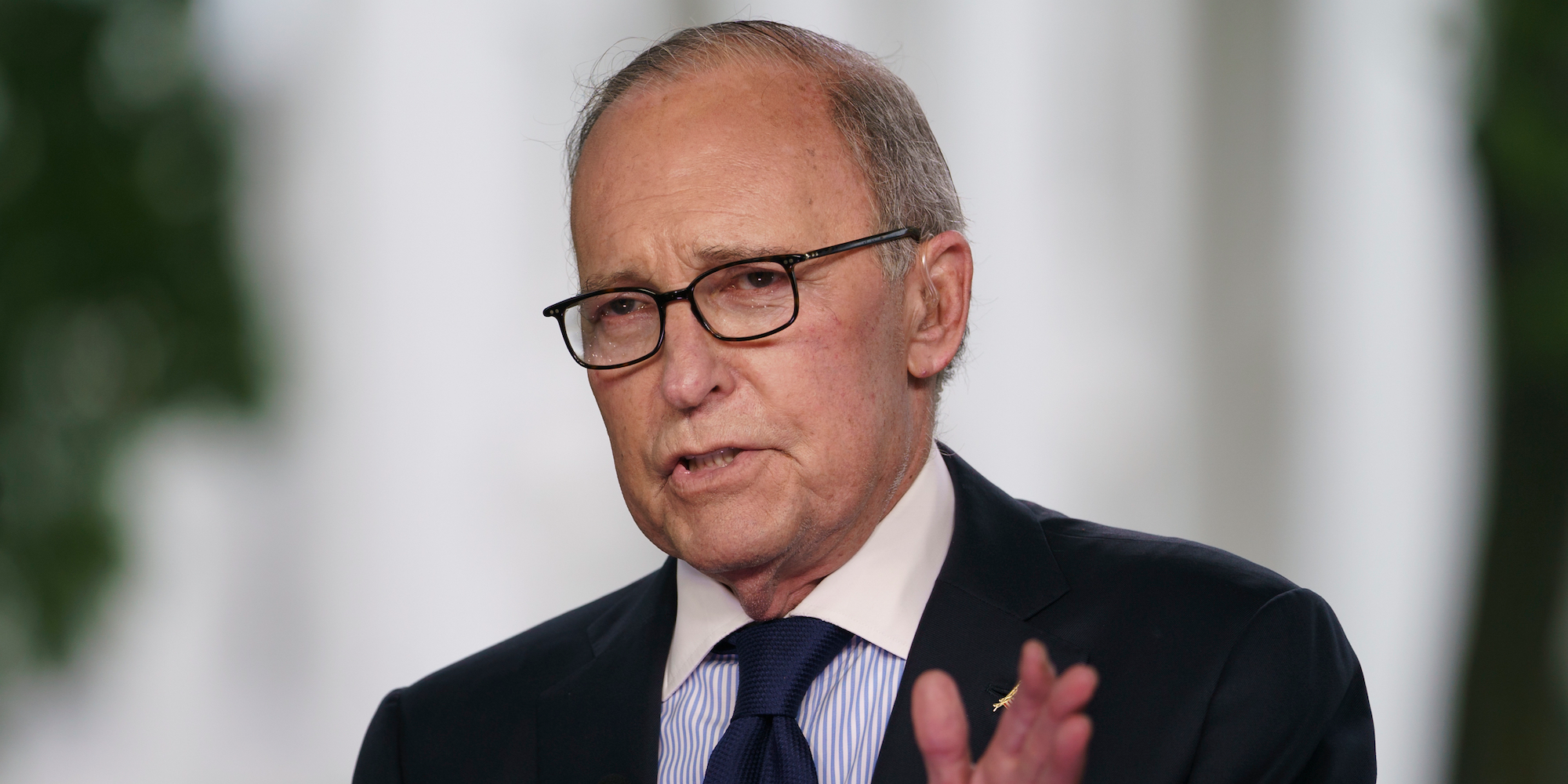 Jamie Dimon tells shareholders he expects the coronavirus to cause a ‘bad recession’ and ‘financial stress similar to the global financial crisis,’ at a minimum

Jamie Dimon’s annual letter to JPMorgan shareholders was published Monday. In it, the bank’s CEO addressed the coronavirus pandemic and the impact it could have on the US economy and JPMorgan. The bank has stopped buybacks, but has not asked for regulatory relief, Dimon said. Watch JPMorgan trade live on […] These 7 charts show how brutal the March jobs report was, and signal further economic pain ahead

The March jobs report surprised economists as it showed that the US economy lost 701,000 jobs last month compared to the 100,000 expected. The report also didn’t include the last two weeks of the month in which 10 million Americans filed for unemployment insurance. Still, the report was dismal and […] 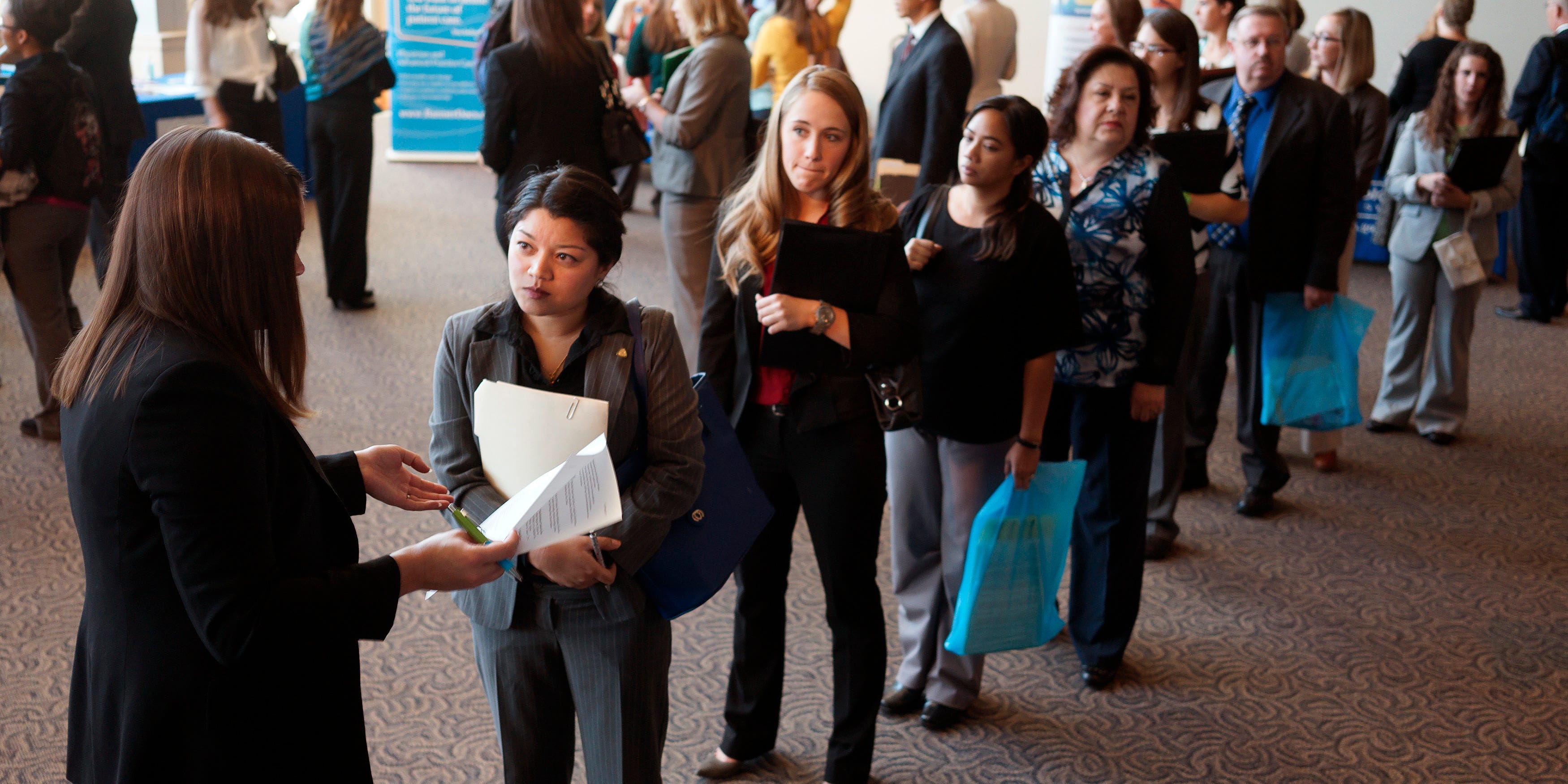 As of Monday, March 23, job openings declined nearly 9% on a weekly basis, according to a report released Tuesday byGlassdoor economist Daniel Zhao. The decline, which accounted for about half a million jobs, was the worst one-week drop since 2016. Over half of employers have reduced job openings since […]

‘Could have been worse’: Consumer confidence fell less than expected in March amid the coronavirus pandemic — but experts warn the pain is just beginning

The US consumer confidence index fell to 120 in March from 132.6 in February, The Conference Board said Tuesday. Consumer confidence has taken a hit amid the coronavirus pandemic and strict social-distancing measures. The March number was not as bad as economists expected, but many are calling for more economic […] 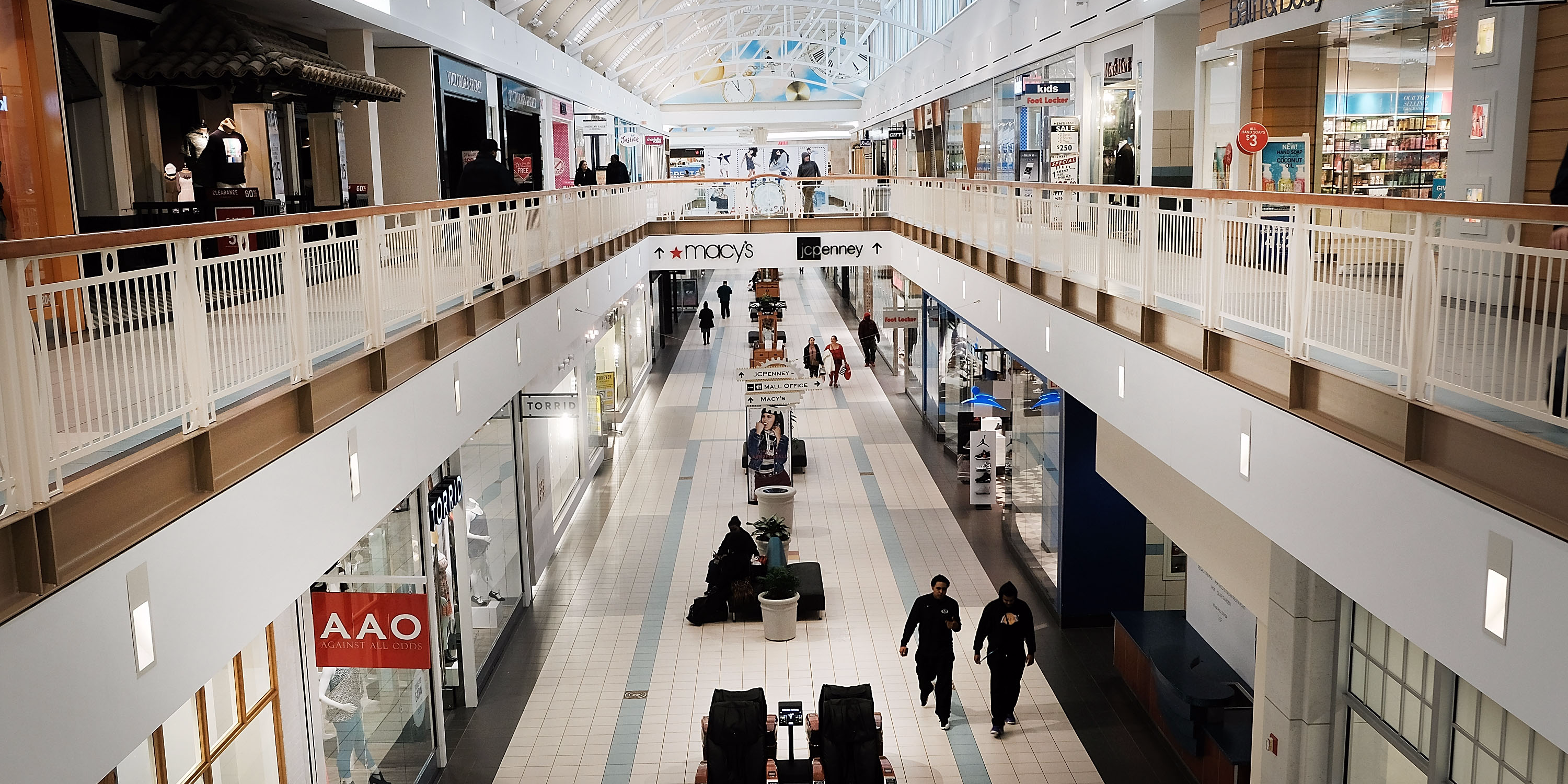 32% unemployment and 47 million out of work: The Fed just issued an alarming forecast for next quarter as the coronavirus continues to spread

More than 47 million Americans could lose their jobs in the second quarter amid the coronavirus pandemic, which would send the unemployment rate to 32%, according to a recent study from the Federal Reserve Bank of St. Louis. In a previous analysis, the Fed estimated that nearly 67 million Americans […]

Wall Street analysts at Oppenheimer this week abandoned its S&P 500 target amid market volatility due to the coronavirus pandemic this week. “In such an environment the risk and the extent of damage will vary greatly within segments of the economy and sectors of the markets causing us to suspend […]

More than half of Americans fear that the stock market hasn’t yet bottomed out amid coronavirus panic, survey shows

Fifty-seven per cent of Americans are worried that the stock market hasn’t hit a bottom yet amid the coronavirus pandemic, according to a study released Thursday from Allianz Life. “Americans who have watched their investments and retirement savings plummet over the past few weeks might be wondering if they should […] 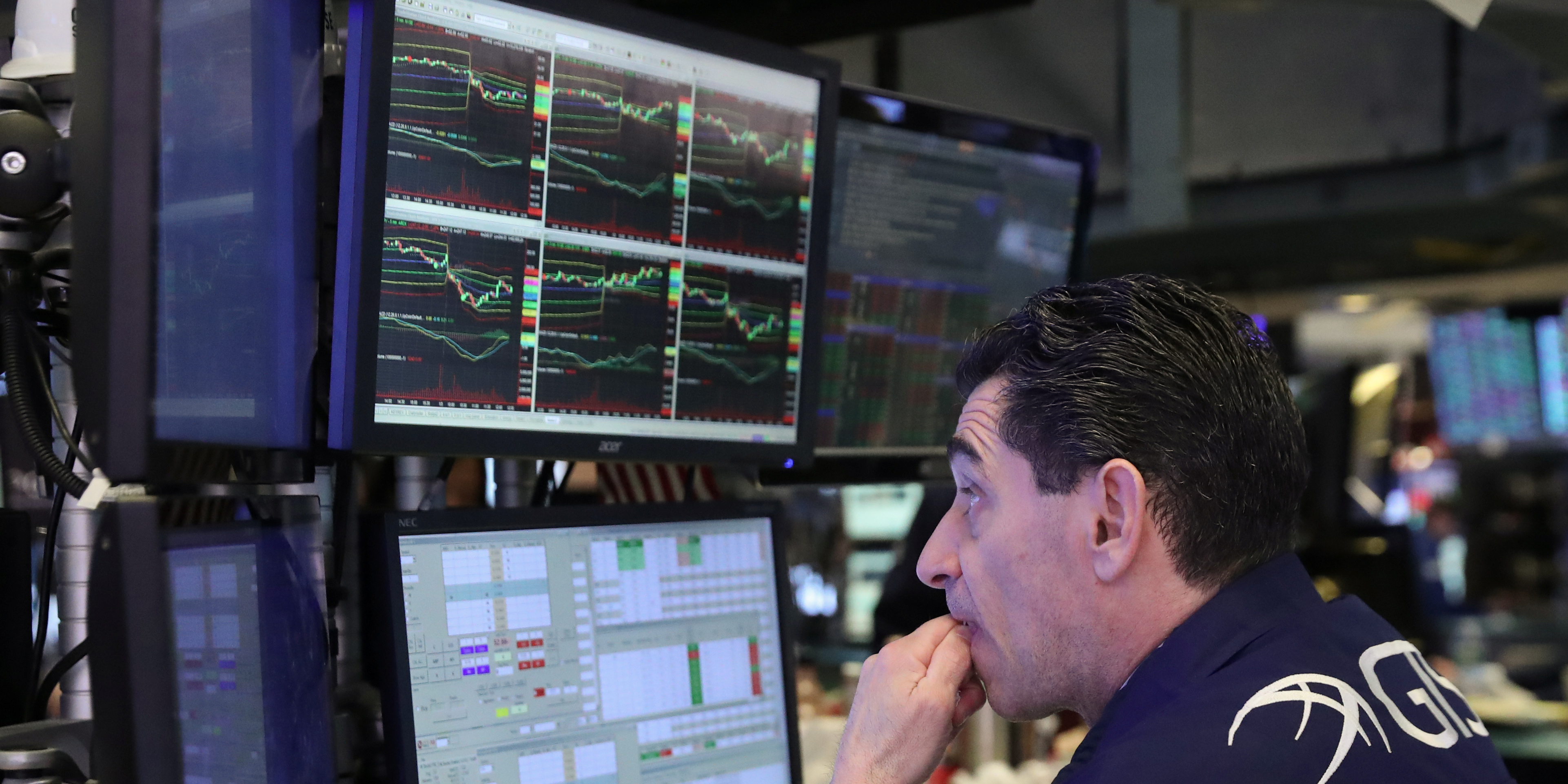 ‘It won’t be a robust recovery’: Nobel laureate Joseph Stiglitz warns the $2 trillion bailout package will fail to drive an immediate economic rebound

Nobel laureate Joseph Stiglitz in a Wednesday interview with Business Insider’s Sara Silverstein discussed the damage the coronavirus outbreak is inflicting on the US economy and what it might take to eventually rebound from the sudden shock. While he expects the US economy to rebound at some point, “it won’t […] 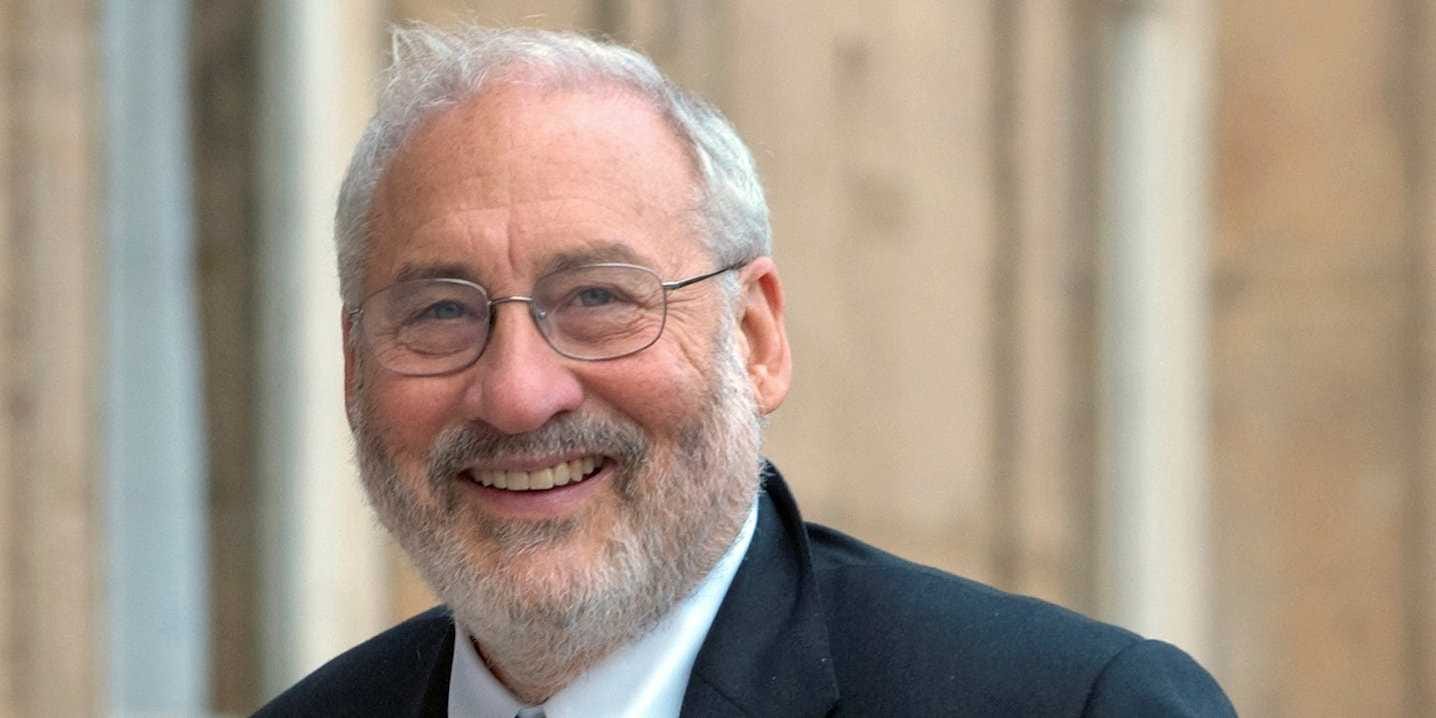 A record-shattering number of Americans filed for unemployment last week. Here’s what the situation looks like in each state.

A record 3.28 million Americans filed for unemployment benefits in the week ending March 21 as coronavirus-induced layoffs surge around the US. Some states have been hit harder than others, possibly because of individual orders to curb the spread of COVID-19. “Nearly every state providing comments cited the COVID-19 virus […] 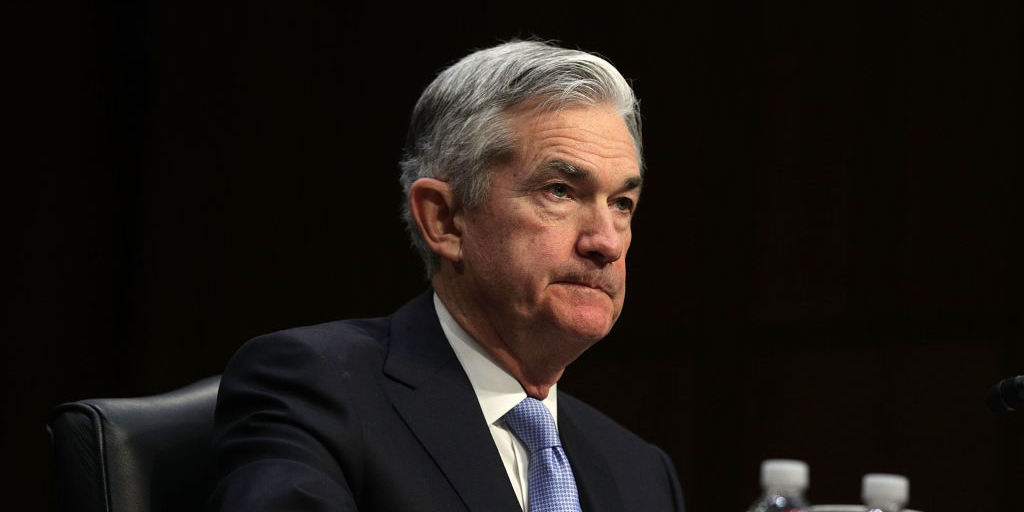 US weekly jobless claims spike to a record 3.3 million as the coronavirus outbreak triggers widespread unemployment

A record number of people in the US filed claims for unemployment insurance last week amid the coronavirus pandemic. US weekly jobless claims for the week ending March 21 were 3,283,000, the Labour Department reported Thursday. Economists will be watching the reports to see how bad the situation in the […] 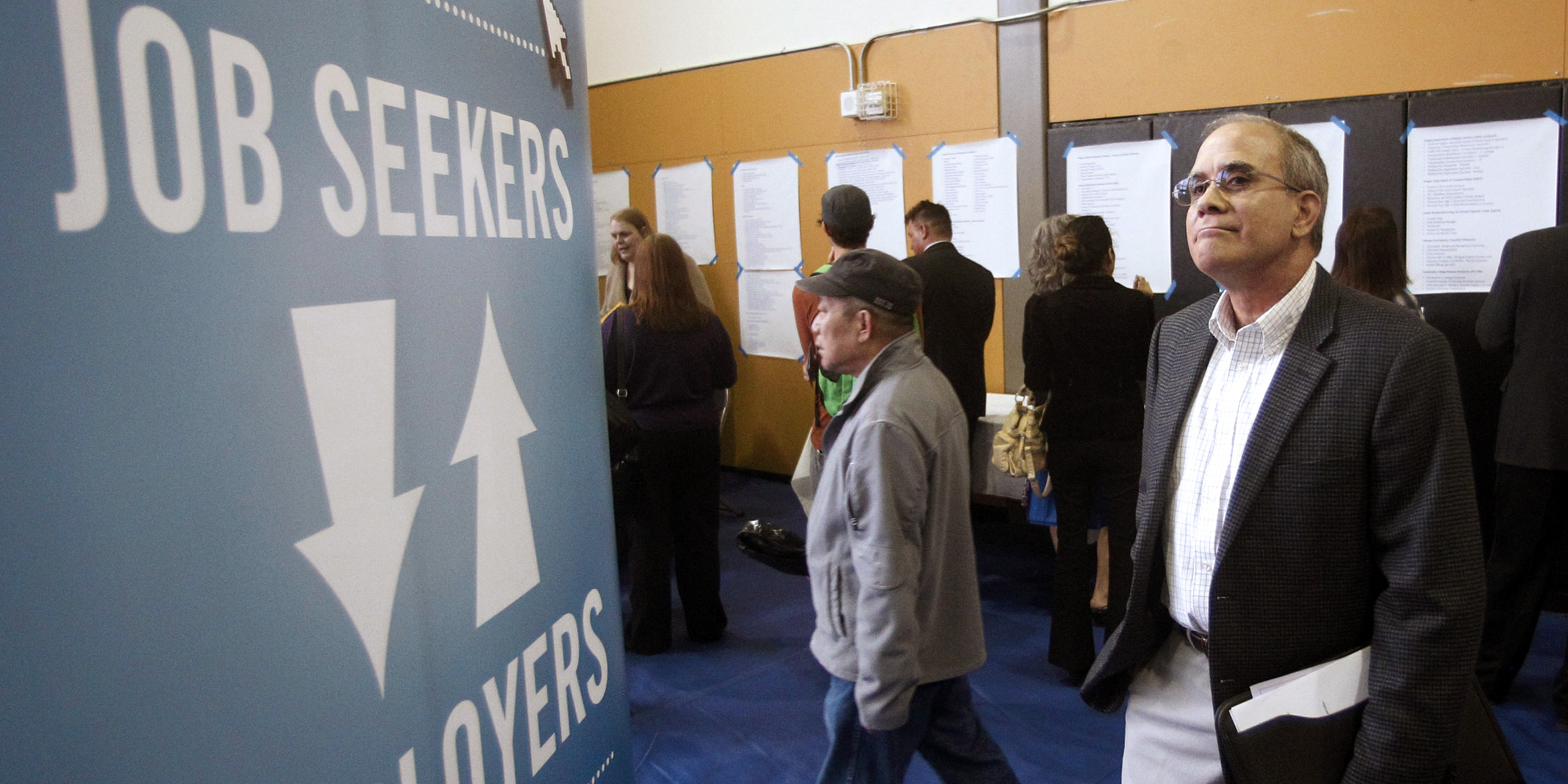 Economists are predicting a massive spike in US weekly jobless claims this week amid coronavirus-induced layoffs. Estimates range from 1 million to 4 million jobless claims for the week ending March 21. The low end of that range would be a more than three-fold increase from last week’s number. “This […] 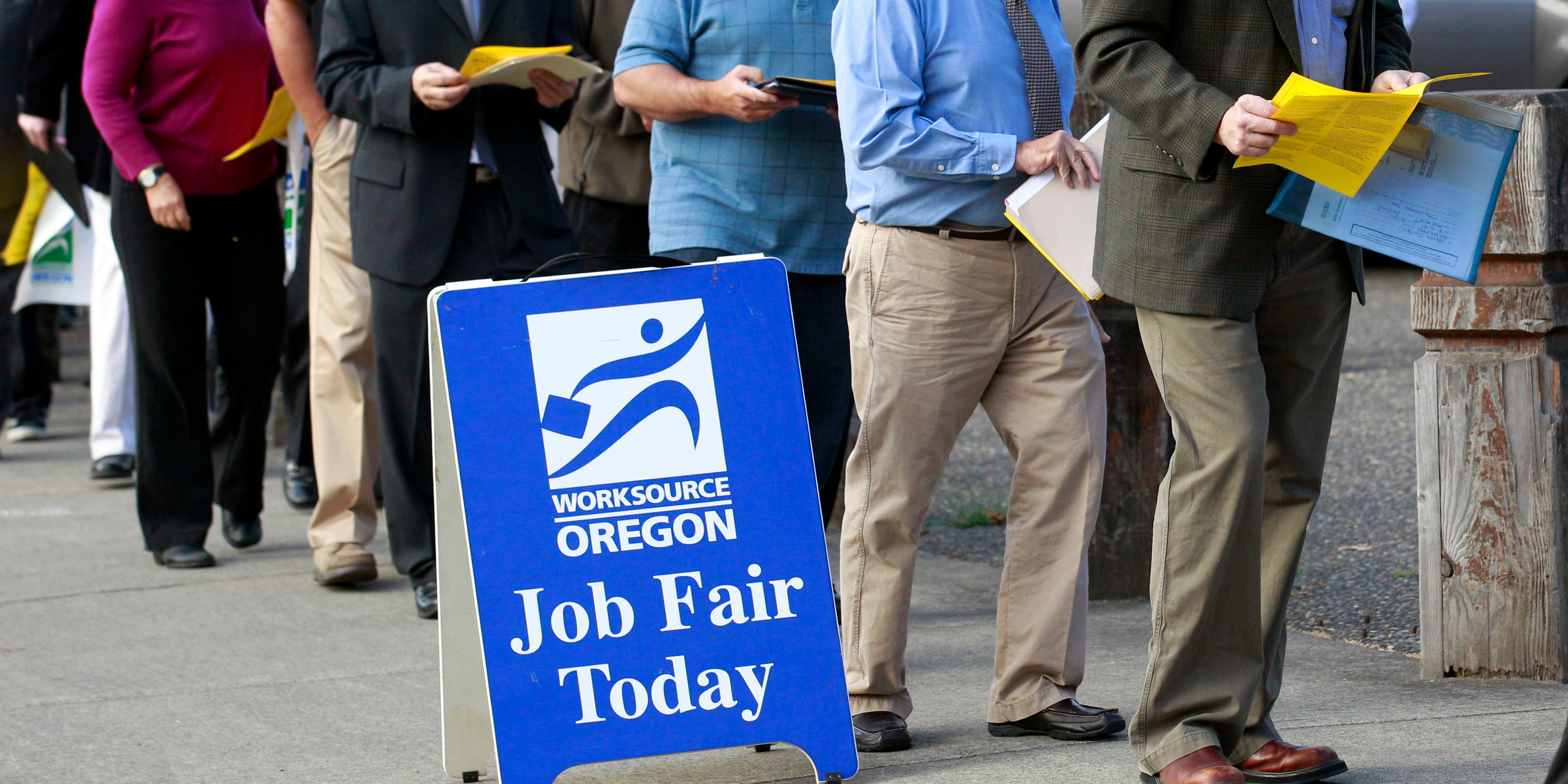