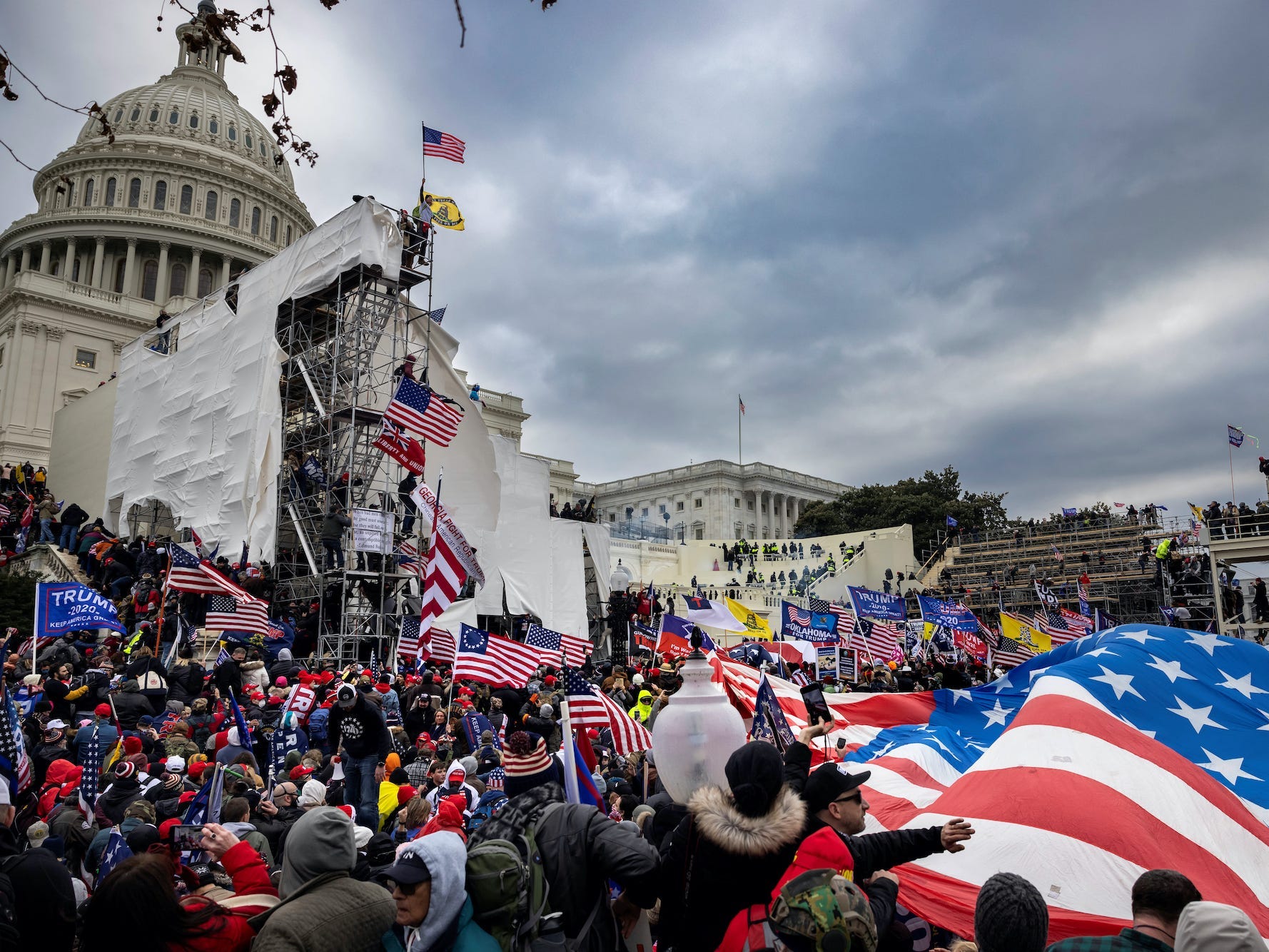 6 months after Capitol insurrection, the suspect who planted pipe bombs near the DNC and RNC headquarters has not been arrested

The suspect planted two pipe bombs near the RNC and DNC headquarters the night before a mob of pro-Trump supporters descended upon the US Capitol. 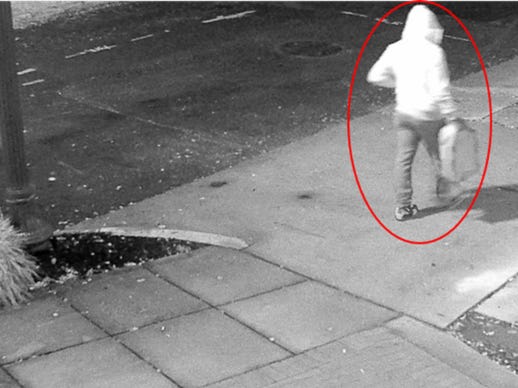 Capitol Police Officer James Blassingame said he wouldn't have survived the January 6 attack if he had fired his gun: "You don't have enough bullets."

Facebook failed to prevent far-right groups from planning the US Capitol siege, according to an internal report

The report said Facebook found it hard to know whether each post or group was a coordinated effort to delegitimize the election or free expression. 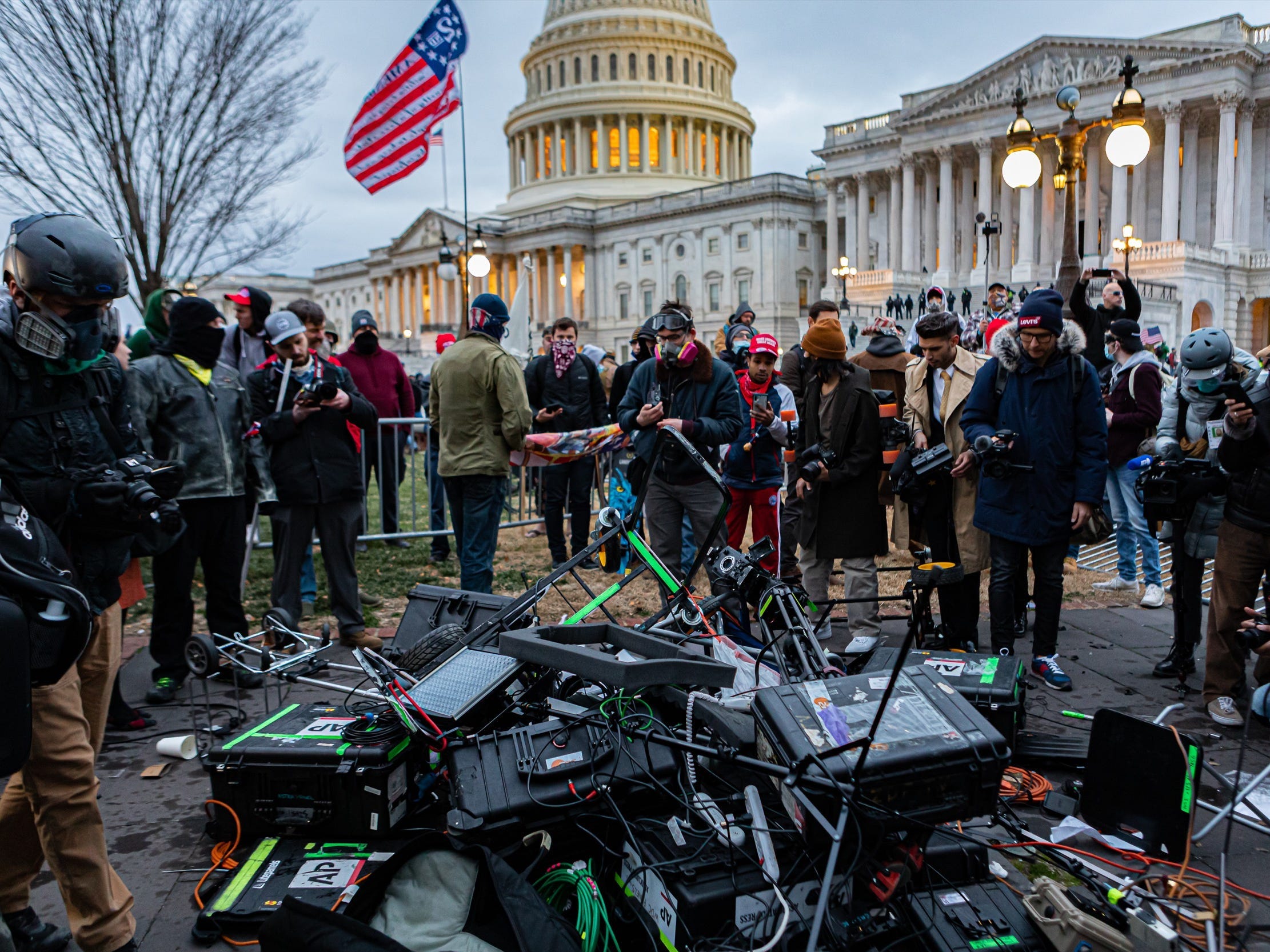 Videos of the procession show officers standing in attendance of a motorcade carrying the body of fallen officer William "Billy" Evans. 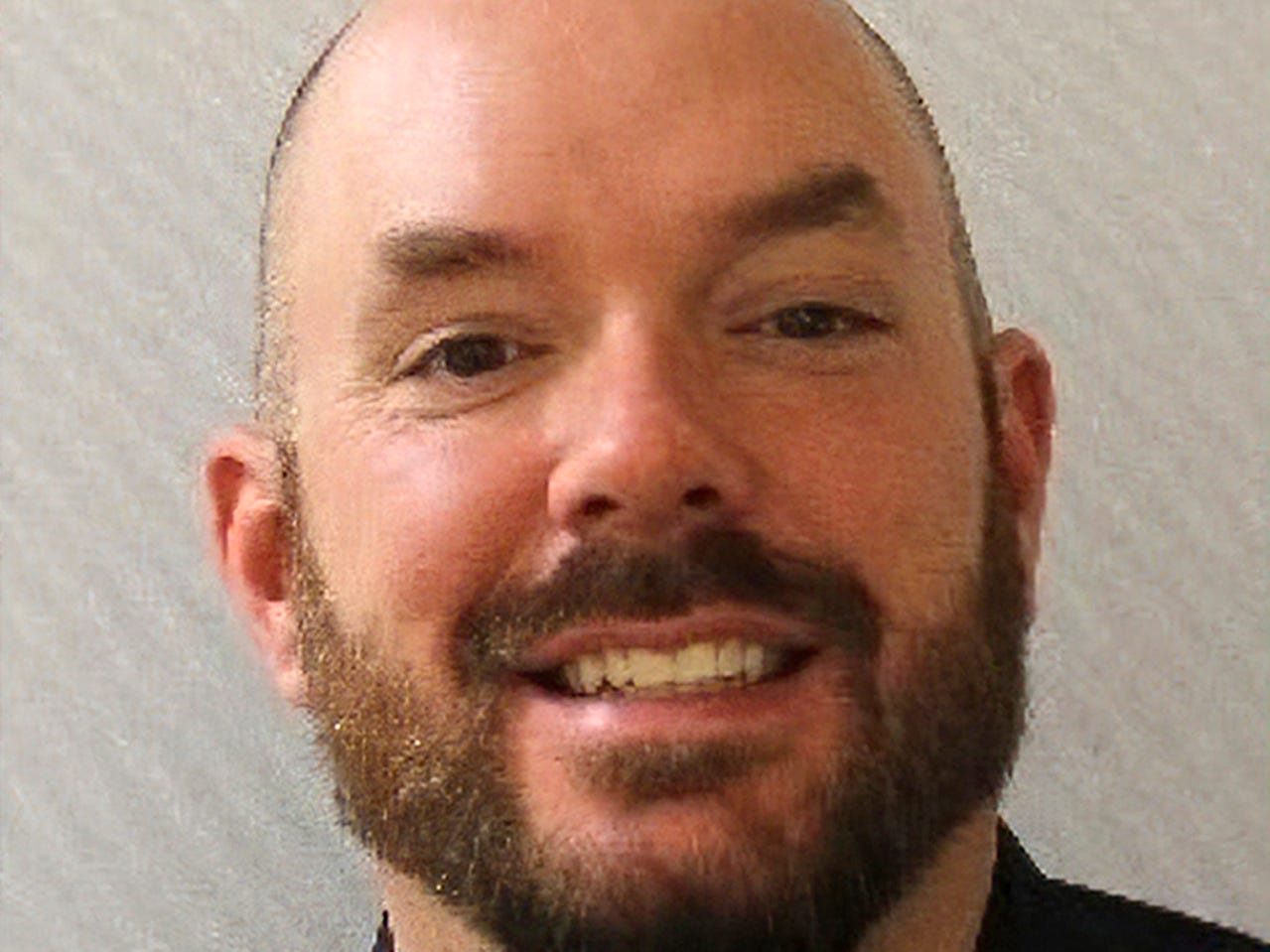 Kinzinger has been one of the most prominent Republican critics of former President Donald Trump's outsized influence over the direction of the party. 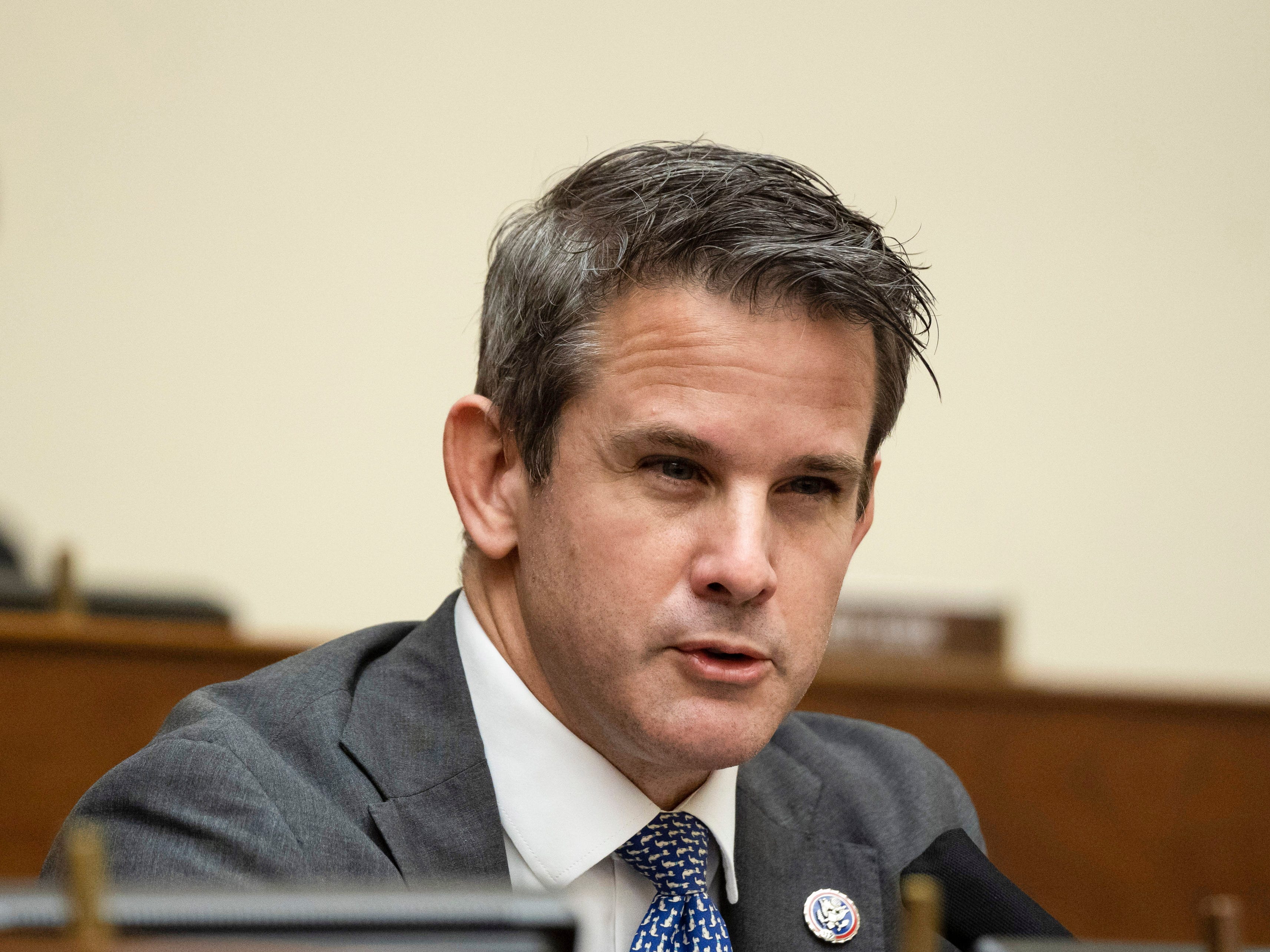 A son reported his father to the FBI weeks before the Capitol siege. He says his father, now charged in the riot, ‘would always tell me that he’s going to do something big.’

A son alerted the FBI about his father weeks before a pro-Trump mob stormed the Capitol, The New York Times reported. Guy Reffitt was arrested on charges of obstruction of justice and knowingly entering a restricted building or grounds without lawful authority. Reffitt is accused of threatening his children not […] 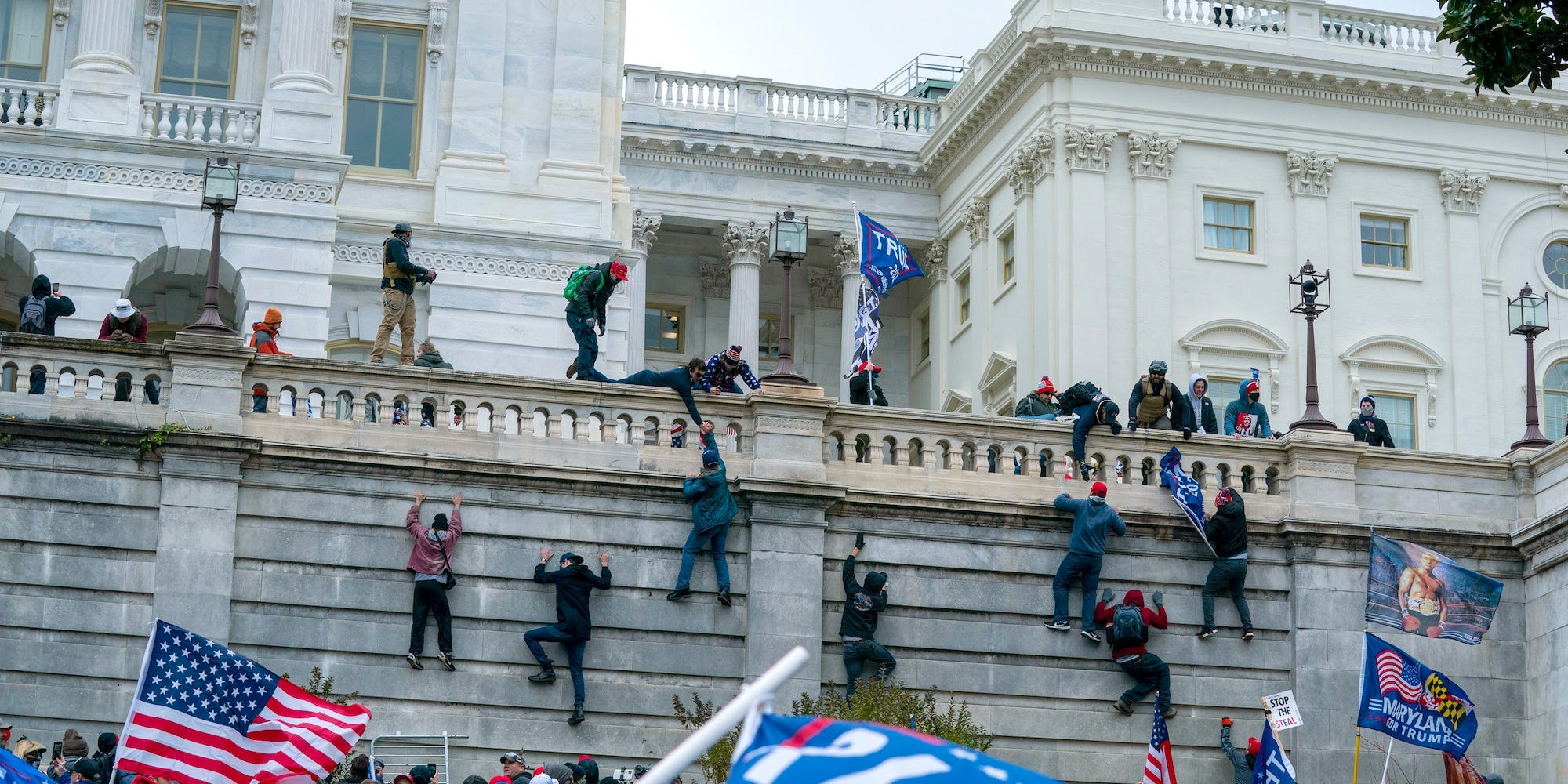 5 people died in the Capitol insurrection. Experts say it could have been so much worse.

Five people died in the Capitol insurrection on January 6, including a Capitol Police officer. But experts told Insider that the insurrection could have been much deadlier. Experts said that swift thinking to bring Congress members and staff to safety likely saved lives. Visit Business Insider’s homepage for more stories. […] 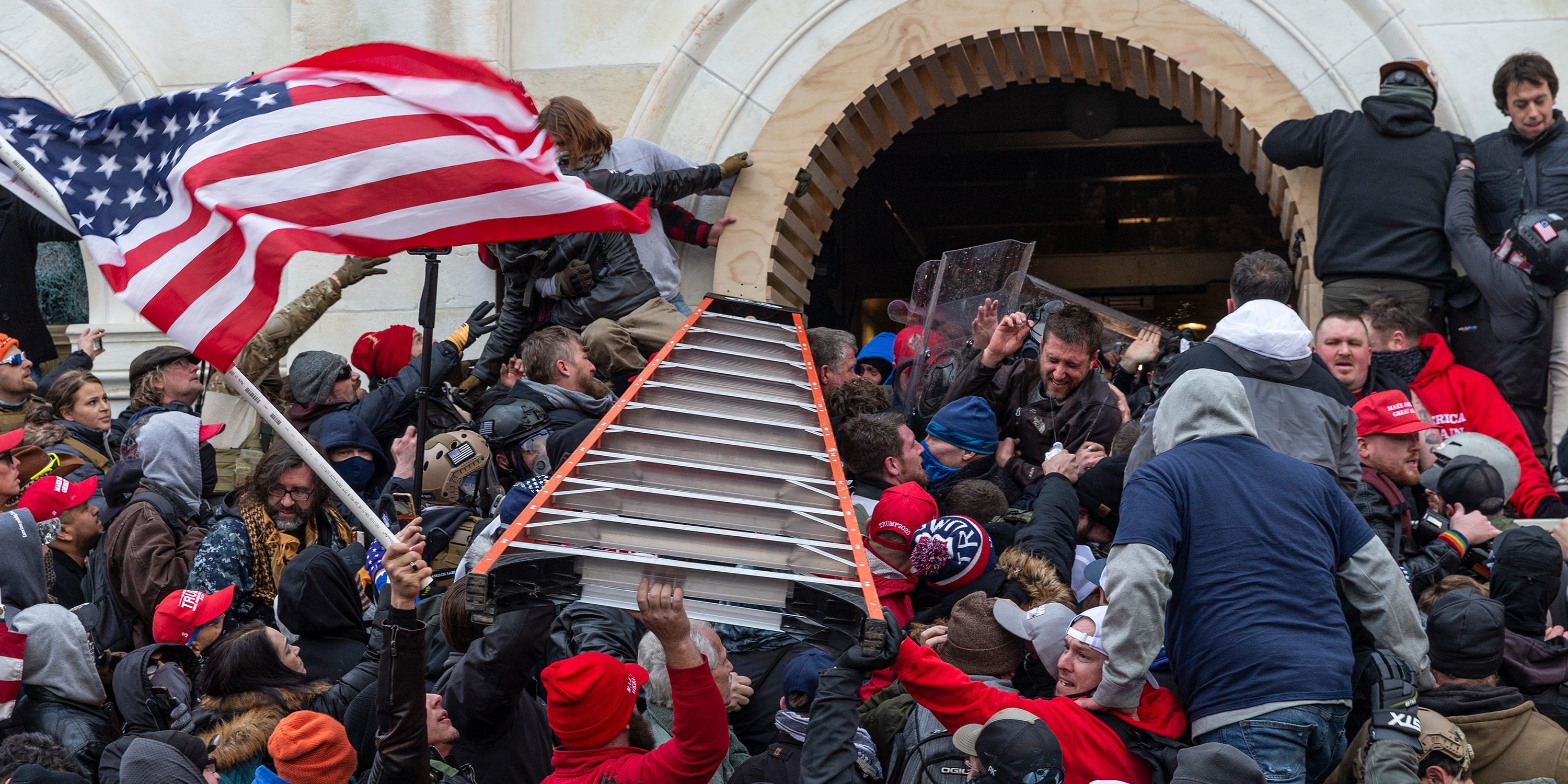 Law enforcement’s disastrous response during the deadly insurrection reveals a major gap in security: Who’s viewed as a threat 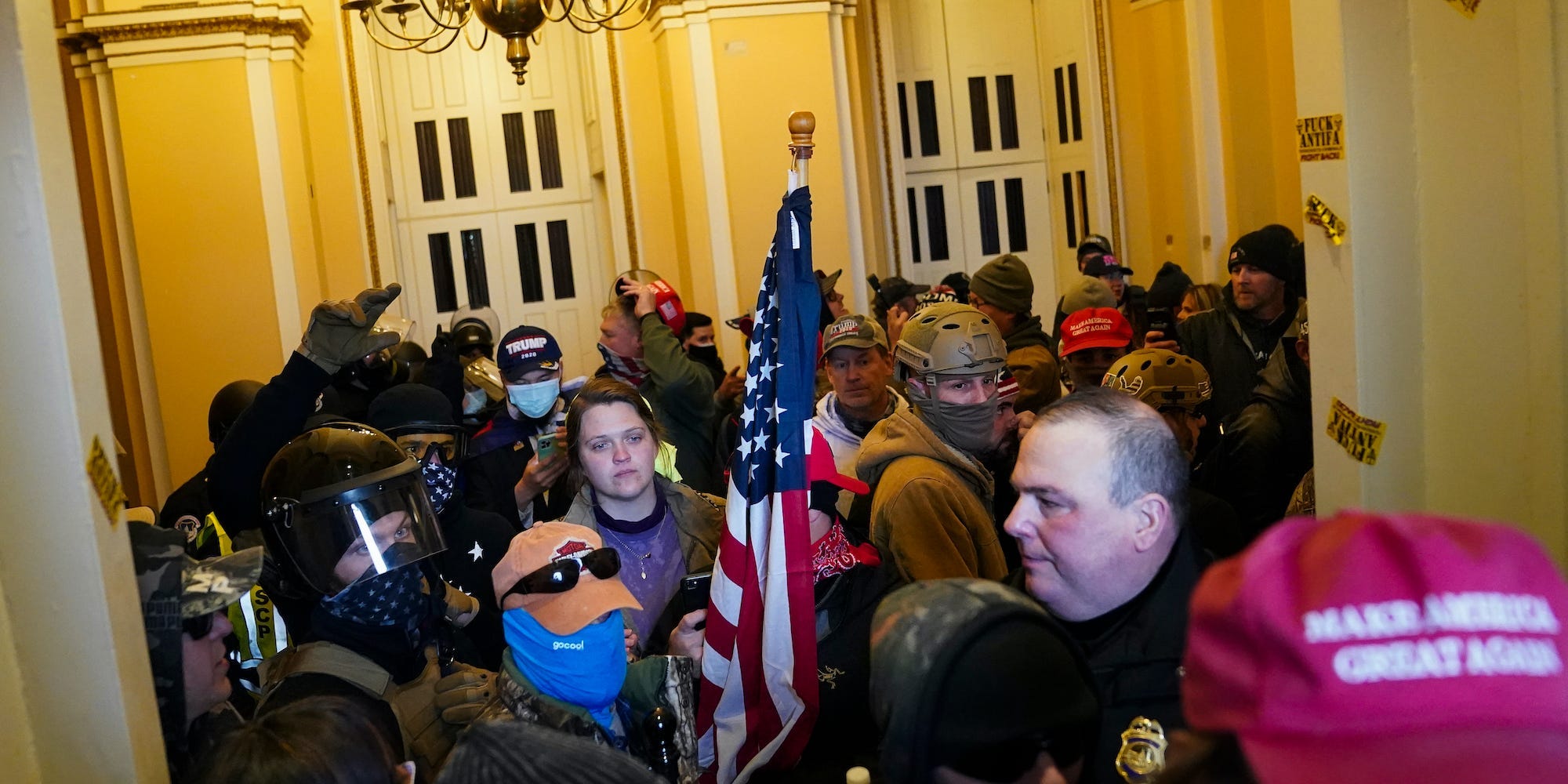 The US Capitol went into lockdown Monday following an “external security threat,” a message sent to people inside the complex read. Staffers in the building were sent an emergency message telling them “no entry or exit” into the building was permitted. Some people inside a portion of the Capitol building […] 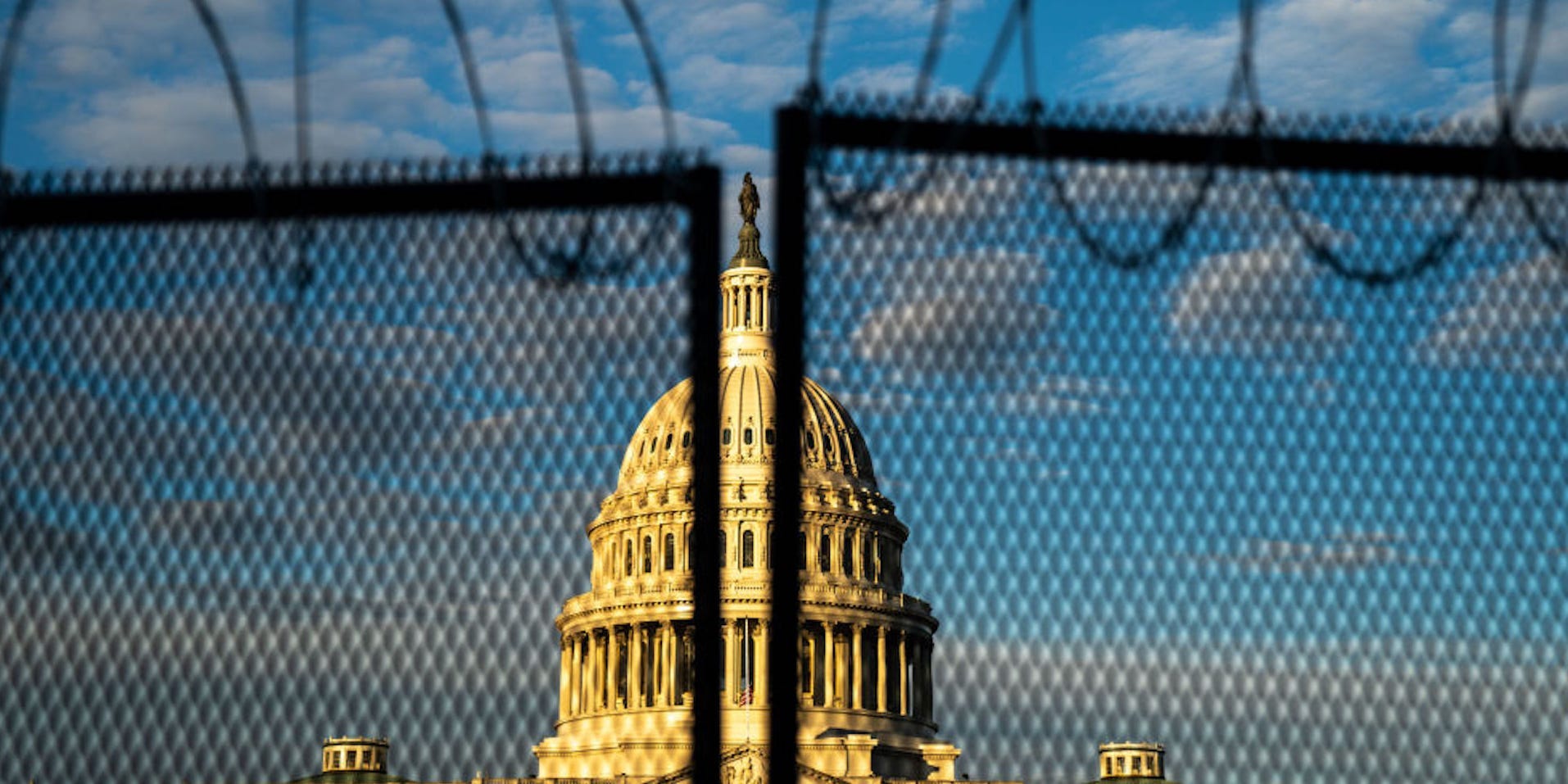 A number of House Republicans sparred with Capitol police Tuesday over new security measures that were implemented in the wake of the Capitol siege on January 6. Reporters at the Capitol building saw GOP lawmakers – including Reps. Lauren Boebert, Louie Gohmert, and Steve Scalise – scoffing at the newly […]

Airlines have been flying protesters home from last week’s “Stop the Steal” rally-turned-riot and some continued rallying while in the air. An American Airlines flight turned into an aerial rally as passengers began chanting “USA,” prompting the pilot to threaten to land the plane. Alaska Airlines reported banning 14 passengers […] 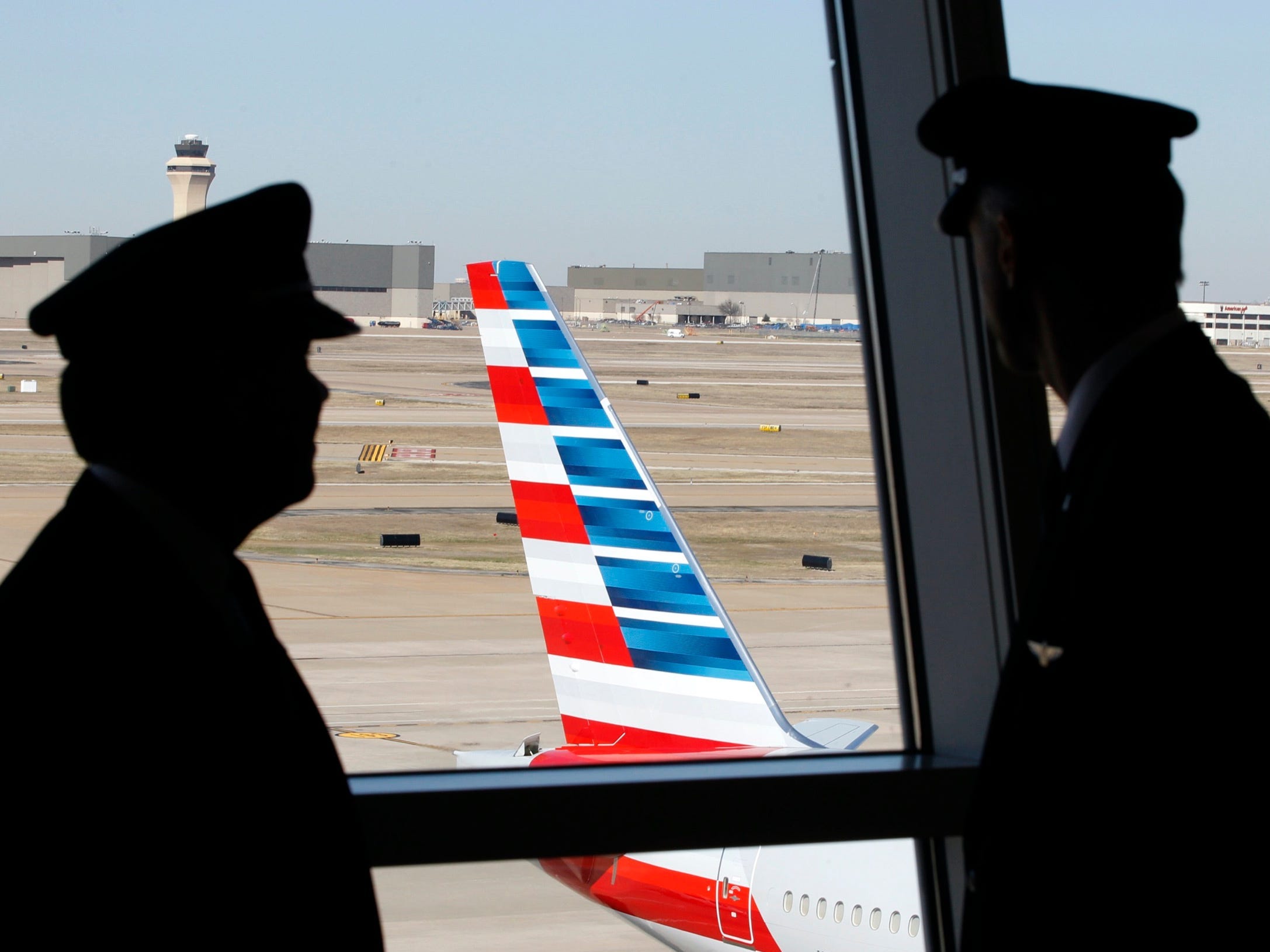 Thousands of protesters from across the US gathered in Washington, DC, on Wednesday to protest the presidential vote certification in Congress. The protests turned into riots, leading to the Capitol building being evacuated as insurrectionists stormed the building in an attempted coup. Prior to the vote certification process, Trump whipped […]

After breaking into the US Capitol and storming the floors of Congress, pro-Trump rioters took a lot of selfies 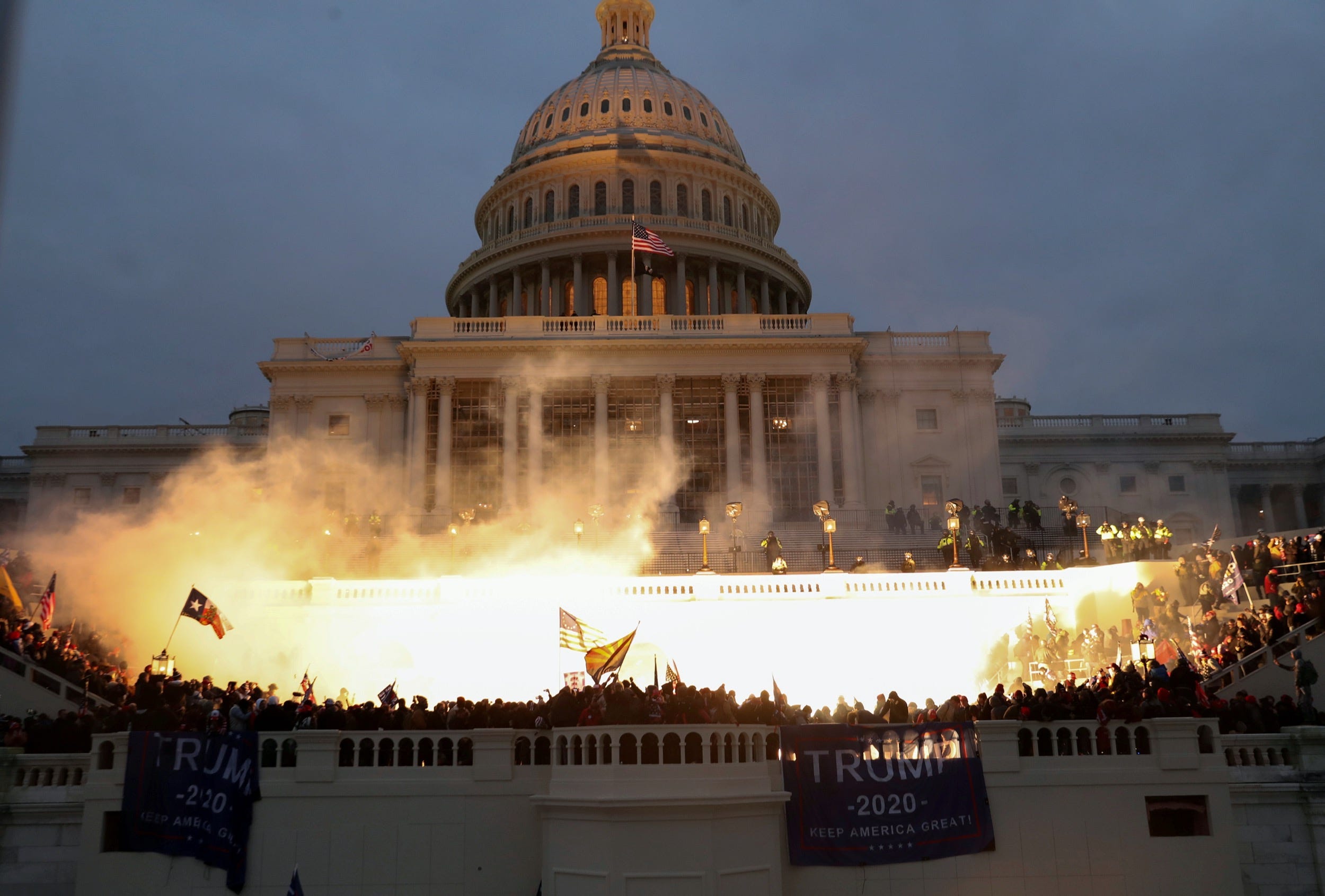 The Dow Jones industrial average closed at all-time highs on Wednesday and reached a new intraday record on Thursday, despite pro-Trump insurrectionists violently storming the Capitol and disrupting the confirmation of President-elect Biden’s victory, The bullish mood on Wall Street has less to do with the riots and more to […]

President Donald Trump is heading to Camp David in Maryland this weekend while Washington, DC, cleans up after the riot at the US Capitol. A White House official on Thursday confirmed the weekend getaway to Insider. The Federal Aviation Administration said it would implement temporary flight restrictions over the Maryland […] 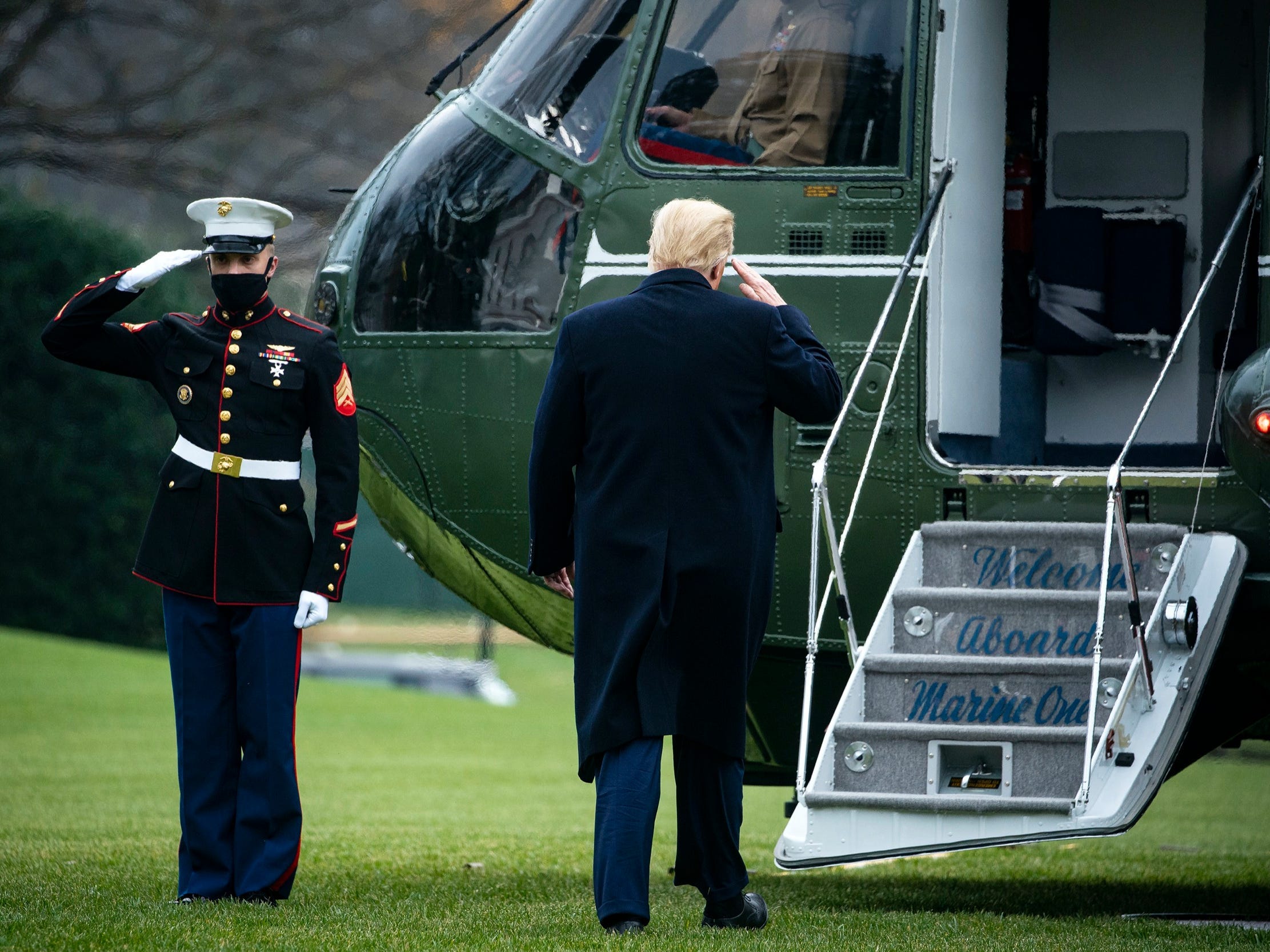 WATCH: Pro-Trump rioters stormed the US Capitol and forced Congress into a recess

Trump supporters stormed into the US Capitol on Wednesday to disrupt the confirmation of Joe Biden’s presidential victory. The rioters pushed past police, broke windows, deployed tear gas, and forced Congress into a recess and lawmakers to take cover in their offices. Joe Biden and other lawmakers condemned the violence, […] 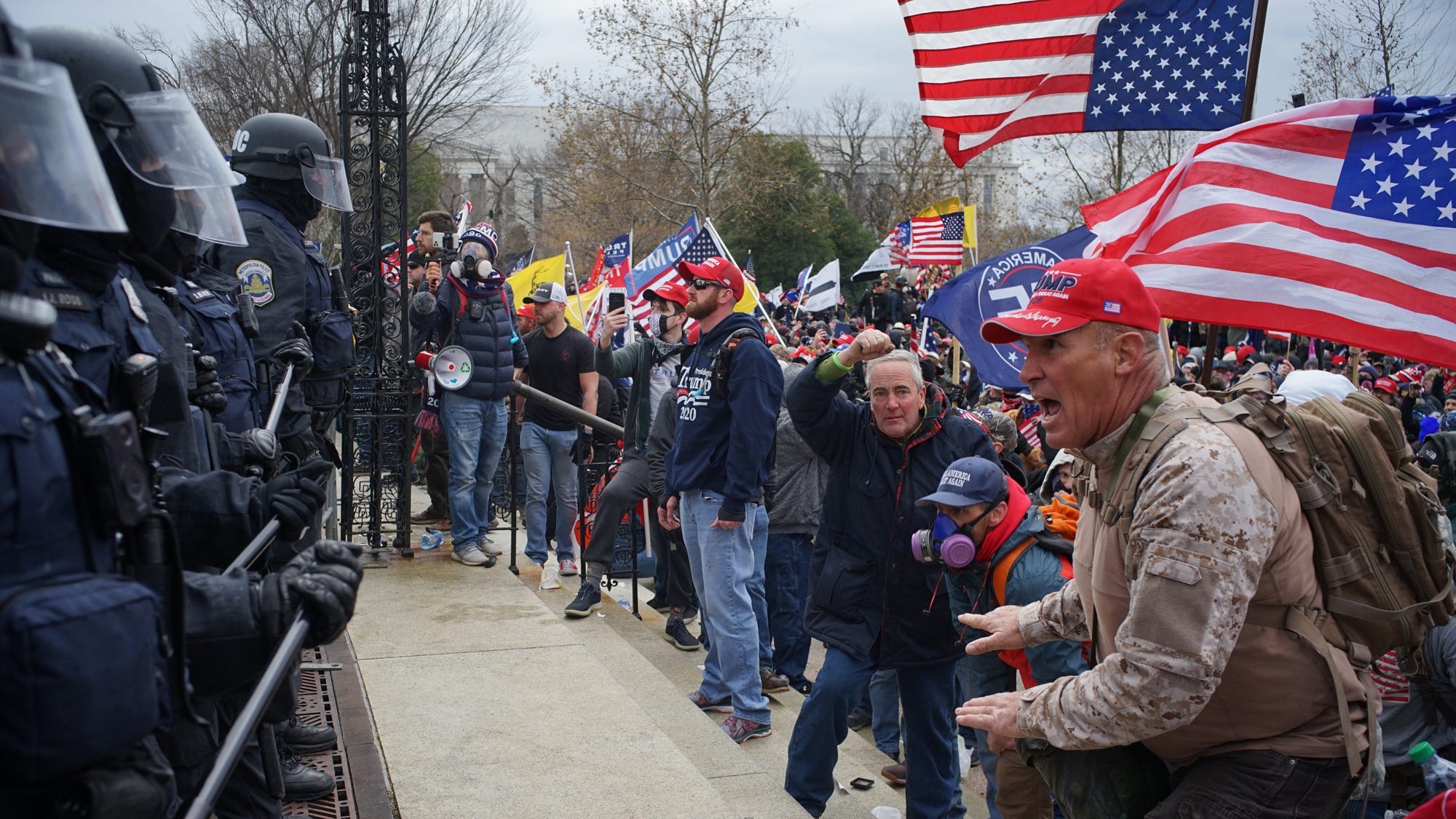 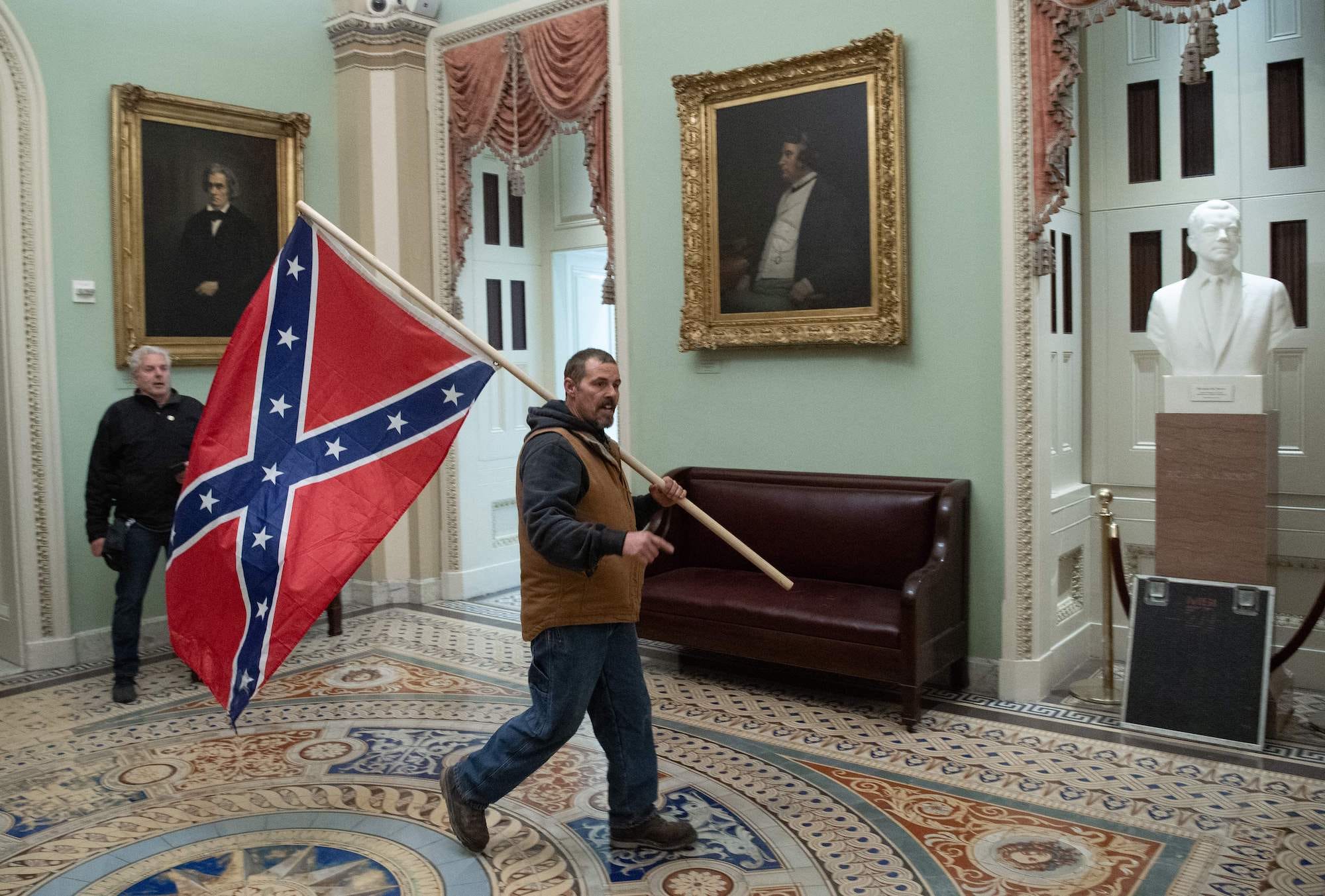 The US Capitol Building was vandalised during a riot by supporters of President Donald Trump. Speaker of the House Nancy Pelosi’s office was broken into with protesters writing “we will not back down” and one rioter taking a piece of her mail. Four people were killed during the riot and […] 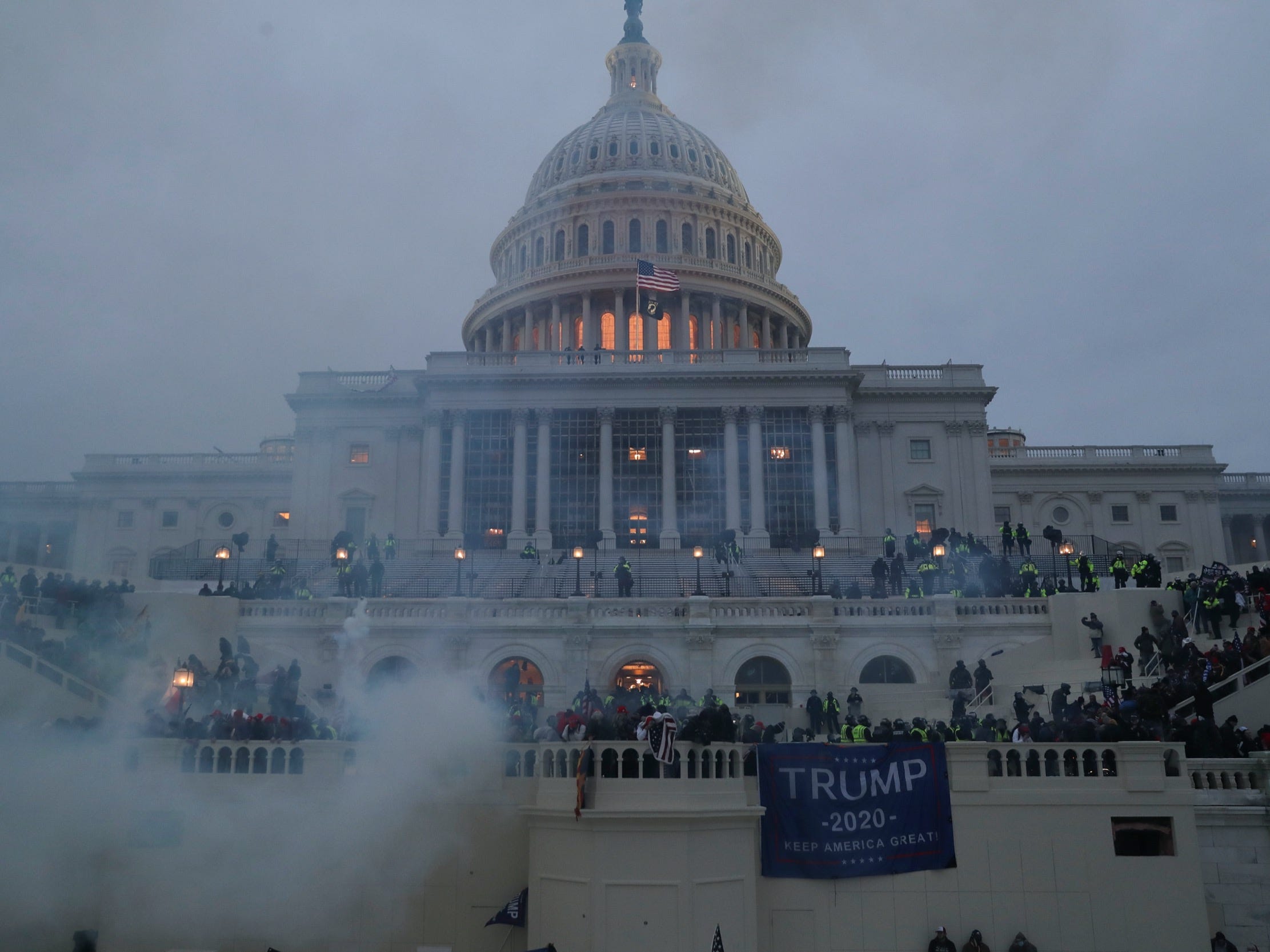 As pro-Trump rioters broke into the US Capitol on Wednesday afternoon with Congress in session, President Trump attacked Vice President Mike Pence on Twitter. “Mike Pence didn’t have the courage to do what should have been done to protect our Country and our Constitution, giving States a chance to certify […] 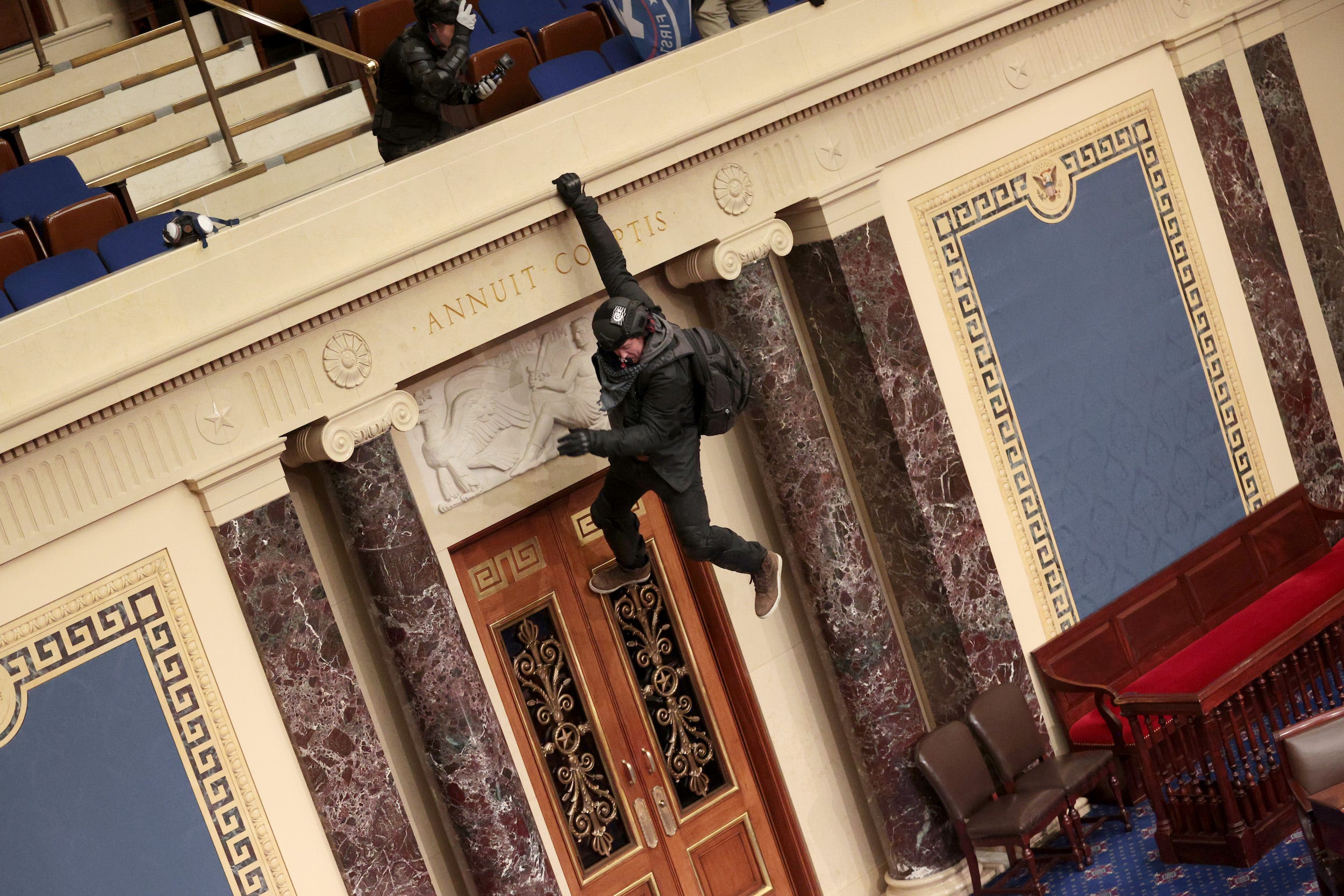