The Trump administration started a "zero tolerance" policy of separating migrant parents from their children at the US-Mexico border in 2017. 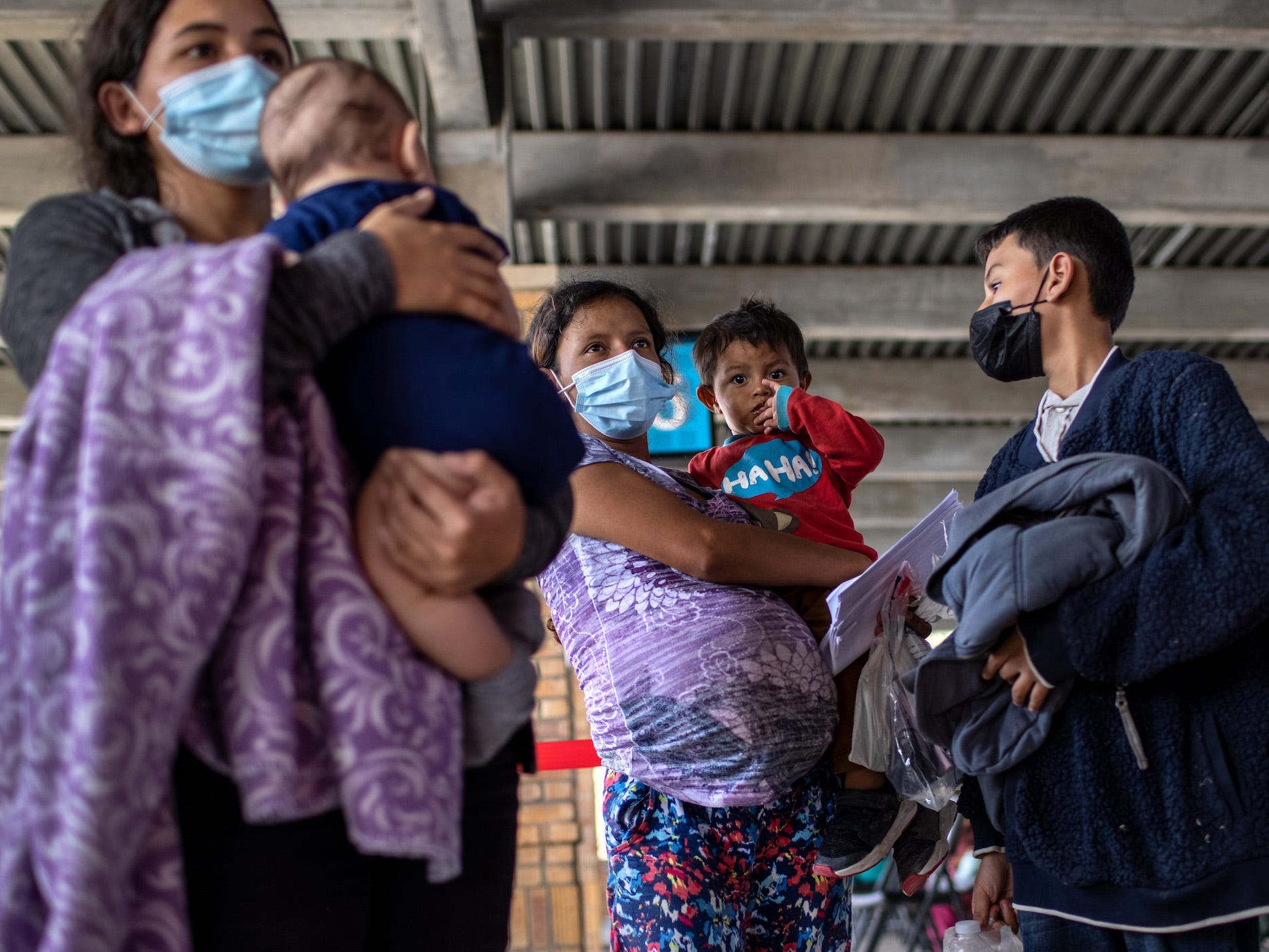 The Trump administration started a "zero tolerance" policy of separating migrant parents from their children at the US-Mexico border in 2017.

Lucrative niche industries including helicopter flights over the border and international car rides are booming in cities like Buffalo, New York. 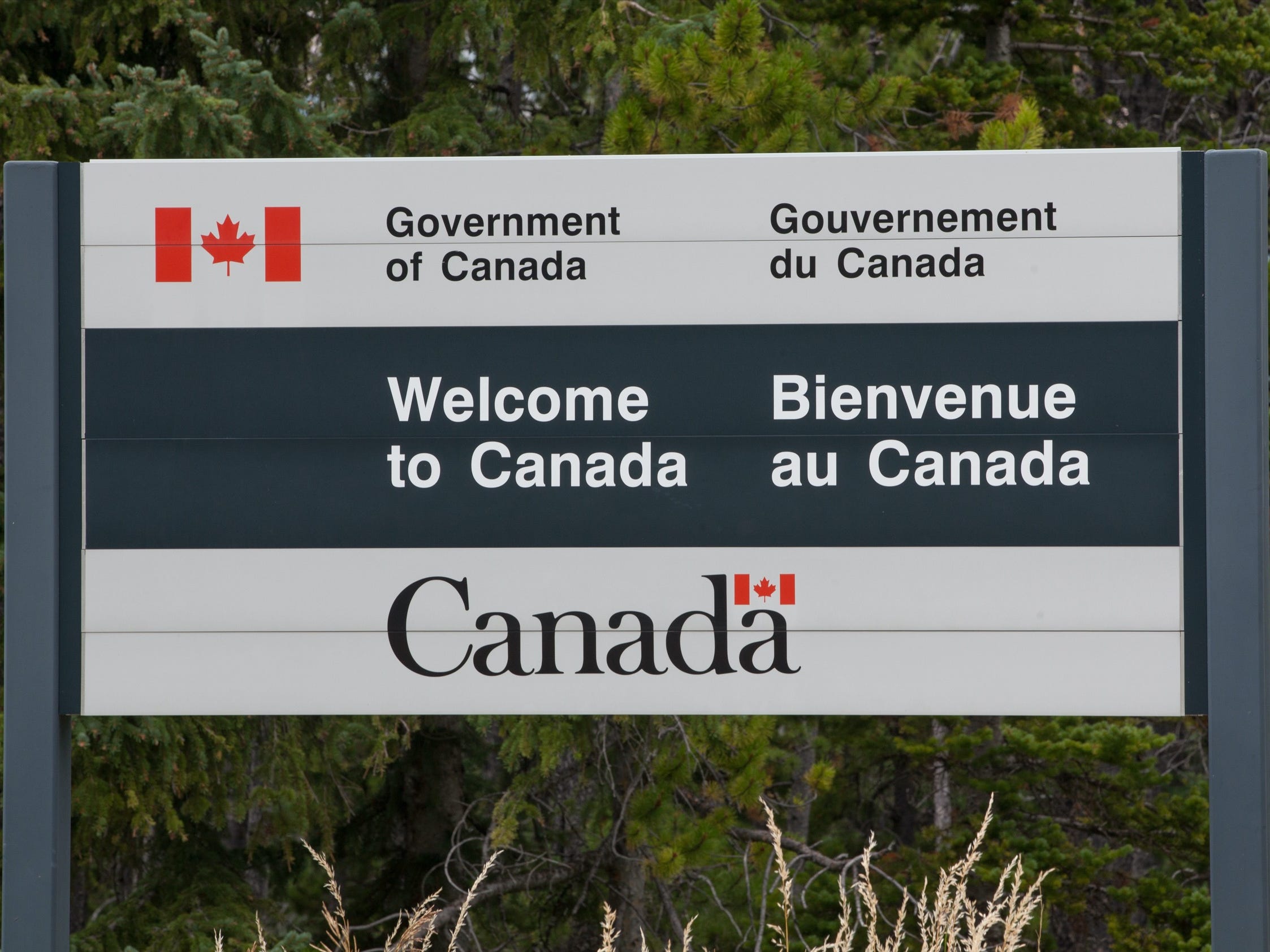 The US is sending migrant children from other countries to Mexico alone, violating an agreement between the 2 nations

The US reportedly expelled more than 200 unaccompanied migrant children to Mexico in the past 8 months, The New York Times reported. The expulsions violate a diplomatic agreement between the US and Mexico. The agreement says Mexico would only take unaccompanied minors who are Mexican. Migrants from other places would […] 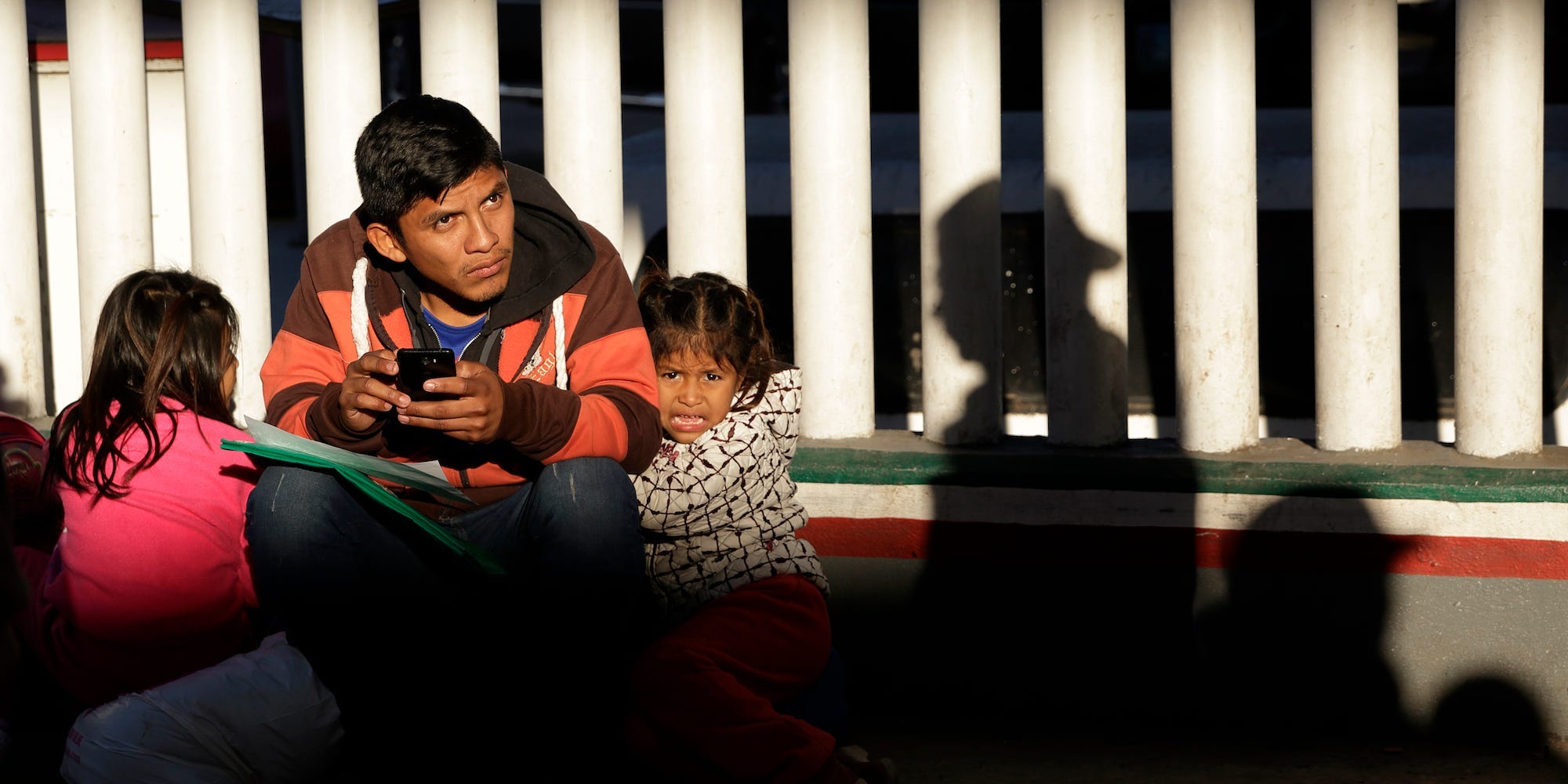 Dozens of people with ties to Iran were held for hours by US Customs and Border Protection officers at a port of entry on the southern border of Canada over the weekend, according to the Council on American-Islamic Relations. Reports of 60 Iranians and Iranian Americans being held with no […] Smugglers based in Mexico are reportedly using power tools to cut large holes in walls at the southern US border, according to a new report from The Washington Post. A commercially available cordless tool that retails for less than $US100 can cut through the steel-and-concrete portions of the walls, making […] Acting Secretary of Homeland Security Kevin McAleenan abandoned the podium at an immigration conference in Washington on Monday after protesters repeatedly shouted over him. McAleenan said he wanted to discuss “some of the fundamental issues we face with the current legal framework and its ability to address large-scale immigration flows” […] Customs and Border Protection officials have been accused of humiliating a migrant detained at a Texas processing center by forcing him to walk through the facility holding a sign reading “I like men” in Spanish, CNN reported on Thursday. An agent at the El Paso Processing Center was accused of […] Around 1,000 migrant children have reportedly been held at border facilities past the legal time limit

Around 1,000 migrant children who crossed through America’s southern border have been held in overcrowded US Border Patrol facilities for longer than the legal 72-hour time limit, according to unreleased government data seen by The Washington Post. According to federal law, unaccompanied minors must be transferred from short-term processing stations […] Officials in the Department of Homeland Security are mulling the reintroduction of the divisive child-separation policy, according to multiple reports. One idea reportedly being discussed is giving parents a “binary choice” of separation from their child or being detained as a family in jail-like facilities. Previously, separation was automatic. A […] Democrats responded to President Donald Trump’s declaration of a national emergency on Friday by calling for executive action on what they say are more pressing crises, including gun violence and climate change. “Our next President should declare a #NationalEmergency on day 1 to address the existential threat to all life […] A $1.37 billion border-security deal might save SpaceX’s launch site in Texas, where Elon Musk hopes to fire off moon and Mars rockets

SpaceX, the rocket company founded by Elon Musk, is building spaceship prototypes at a launch site in southern Texas. The site is less than 3 miles from the US-Mexico border and embroiled in President Donald Trump’s push for a border wall. Government maps reportedly show a proposed physical barrier running […] US Customs and Border Protection agents made a record-breaking seizure of fentanyl and methamphetamine at the Nogales Port of Entry in Arizona on Saturday. A drug-sniffing dog led agents to a secret compartment in the bottom of a tractor-trailer carrying cucumbers into the country from Mexico. Inside the compartment they […]

The Trump administration paid a private company $13.6 million to recruit thousands of Border Patrol agents, and they have hired 2 so far

Customs and Border Protection (CBP) has given $US13.6 million to the private firm Accenture to hire thousands more Border Patrol agents. Just two agents have been hired so far, according to a watchdog report. The Office of the Inspector General said the company is “nowhere near” its goal of hiring […] President Donald Trump is still seeking $US5 billion for his border wall between the US and Mexico. Congress has to pass a spending bill to keep some government agencies funded by December 7. Democrats have so far said they would approve $US1.6 billion, but not the rest. Trump told Politico […] The Trump administration floated unsubstantiated claims about a group of migrants who stormed a US port of entry to defend the use of tear gas on a crowd that included women and children. Department of Homeland Security Secretary Kirstjen Nielsen speculated that women and children were a convenient tool for […] A woman pictured fleeing with her kids from tear gas used at the US-Mexico border over the weekend said she did not think US Customs and Border Protection agents would use the gas on children. Maria Lila Meza Castro arrived at the border to seek asylum on Sunday alongside other […] Ron Colburn, the president of the Border Patrol Foundation, has defended the use of tear gas on migrants at the US-Mexico border. He said that the tear gas was “natural” and that “you could actually put it on your nachos and eat it.” Videos and photos posted to social media […] Authorities used tear gas on groups that are believed to be from the Central American migrant caravan Sunday after a group estimated to be in the hundreds stormed a US port of entry. Migrants walked from a makeshift shelter in Tijuana, Mexico to head to San Ysidro, the largest port […] The domain trumphotels.org was registered by an anonymous party to create satire targeting President Donald Trump’s immigration policies. The site features images of detained immigrants and links out to media stories featuring Trump’s comments on immigration policy. The Trump Organisation has long been known to have bought up a slew […]