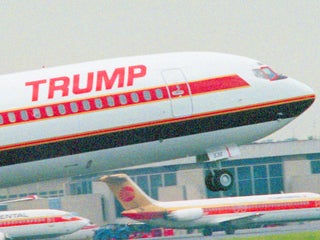 American Airlines CEODoug Parker oversees the largest airline in the world. Parker, though, started off as CEO of America West Airlines, a medium-sized network carrier based in Tempe, Arizona with a single hub at Phoenix Sky Harbour International Airport. In 2005, he oversaw the airline’s merger with US Airways. The […] Donald Trump owned an airline for a short time in the late 1980s and early 1990s. In 1989, Trump raised $US365 million to purchase the Eastern Shuttle, which provided business travellers with quick flights between New York, Boston, and Washington. Within 18 months, the airline lost over $US125 million, and […] 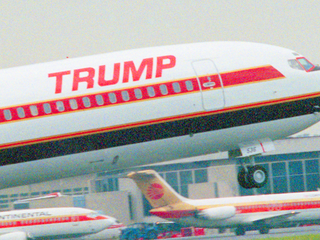 Federal Investigators have launched an... A 70-pound pig and its human companion were... Good morning, AdLand. Here's what you need to... US Airways Explains How It Accidentally Posted A Hardcore Pornographic Tweet

To show what NSFW really means. American Airlines no longer offers emergency or bereavement fares, it announced quietly on its website, adding that it does “offer customers flexible fare options when booking last minute travel for a variety of reasons.” The new policy took effect February 18. According to Travelocity blog The Window Seat, the American’s […] A bonus for low cost carriers. American Airlines, US Airways Strike A Deal To Merge Into The World’s Biggest Airline

American Airlines and US Airways have reached a settlement with the Department of Justice that will allow them to merge, the DOJ announced today. Combined, the carriers will create the world’s largest airline. In August, the DOJ filed a lawsuit to block the $US11 billion merger, a surprise move from […] Despite a lawsuit by the Department of Justice to block the merger of American Airlines and US Airways, the two airlines are moving in together at New York’s JFK Airport. According to the Port Authority of New York and New Jersey, which oversees New York City’s airports, they’re getting together […] Time for the trial. Justice Department To Airlines: Your Days Of Mega-Consolidation Mergers Are Over

The DOJ is mad as hell and not gonna take it anymore. Or so it would seem. Justice Department To Airlines: Your Days Of Mega-Consolidation Mergers Are Over

The DOJ is mad as hell and not gonna take it anymore. Or so it would seem.

Especially for those who want to go to Washington, D.C.