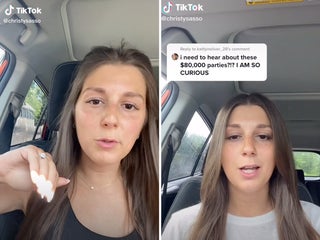 Outfit of the day, or OOTD, videos from the young women are gaining millions of views and influencing clothing trends. 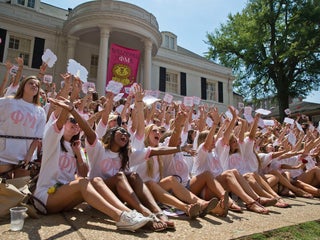 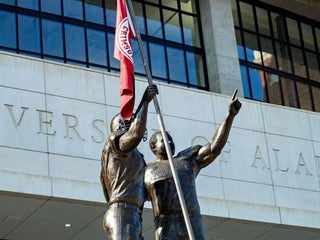 An Alabama man was arrested for slashing a ‘baby Trump’ balloon

A man was arrested for slashing a balloon that bears a cartoon resemblance to President Donald Trump. The “Baby Trump” balloon is a diaper-clad figure of the president that has appeared at numerous protests in the past. Organisers who lend out the balloons told the Associated Press that they were […] ‘His family is very well connected’: The parents of a college student who killed herself after claiming she had been raped speak out about her alleged rapist

The parents of Megan Rondini, a former... A Year After Systematic Segregation Was Revealed, More Women Than Ever Are Rushing Alabama’s Sororities

One year after the University of Alabama's... Seeming to rub salt in the University of Alabama’s collective wound after an upset loss last Saturday, Auburn University’s student newspaper published an editorial this week bashing Bama football fans’ “awe-inspiring stupidity.” “Most of us know that person who is annoyingly hyper-competitive and takes things way too far. He keys […] Vice has a great short documentaryon the racial divisions many students feel at the University of Alabama. UA has been in the news lately for an article this summer on segregation in the Greek system that is still making waves. Vice’s documentary — titled “Black, White & Greek” — highlights […] We recently brought you a look inside The Machine— the University of Alabama’s elite secret society that allegedly controls everything from the student government to the racial segregation of Greek life. One storyline about The Machine that is still evolving is its alleged involvement in Tuscaloosa, Ala.’s school board elections […] 10 Stories That Show The Power Of ‘The Machine,’ University Of Alabama’s All-White Secret Society

Over the past 30 years, the Machine — a secret society at the University of Alabama — has been suspected in cross burnings, election interference, and physical assaults on students. One former student blames the Machine for putting her under so much mental duress she was forced to transfer schools. […] The University of Alabama made news last month when student paper the Crimson White published a landmark story on segregation in the school’s Greek system. Among other points, the article established that there were no Black women in any UA Panhellenic sororities, and those that went through formalized rush were […]

Against allegations of sorority segregation. One black Panhellenic member in 50 years. Eddie Lacy took Alabama ahead 28-0 with this incredible feat of athleticism. Lacy did a double spin move off of several Notre Dame defenders and rolled into the endzone. Alabama won its second consecutive National Championship, 42-14. Alabama Ranks Number One In The Projected BCS Rankings

[credit provider=”AP” url=”AP”] We are still a week away from the 2011 debut of college football’s BCS rankings, but thanks to some reverse engineering, we get an early peek at what they might look like.Alabama comes out on top in the projected BCS rankings despite not being ranked number one […]