Goldman Sachs analysts said Unity Technologies is the gaming "design platform for the masses" in a bullish note to clients on Monday. 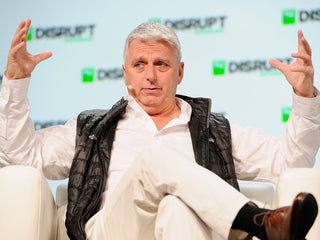 The software startup behind Unity, one of the world’s most widely-used game creation suites, is planning to go public this fall, according to a new Bloomberg report. The San Francisco-based software company makes a software suite that has been used to create major games, including “Cuphead” and “Pokémon Go.” Unity […] 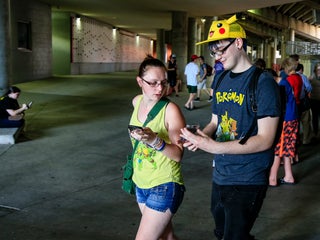 The stunningly detailed re-creation of Notre-Dame Cathedral in an ‘Assassin’s Creed’ game could help with the rebuilding efforts. Here’s what it looks like up close.

A fire ravaged the iconic Notre-Dame Cathedral in Paris on Monday. French President Emmanuel Macron has vowed to rebuild the 800-year-old landmark. French game publisher Ubisoft, the company behind “Assassin’s Creed Unity,” could be an unlikely source of help: The game contains a lavishly detailed, historically accurate depiction of Notre-Dame […] Buzzy British game tech startup Improbable says its cloud gaming platform has been blocked by Unity. Improbably says that Unity, which claims to be the most popular game engine, changed its terms of conditions to block Improbable’s SpatialOS platform. The move jeopardises all games built on SpatialOS and Unity, with […] The 26 most valuable private tech companies in the US

Juul, Airbnb, and the We Company are among some of the most valuable private startups in the US. Major VC investments in the past year have shaken up the list, with video gaming and cryptocurrency startups entering the rankings. Using data from PitchBook, we’ve compiled a list of the 26 […] There’s a good chance that the last mobile video game you played was powered by Unity Technologies, the 3D engine used in most of the industry’s smartphone games, from “Pokemon Go” to “Super Mario Run” But if Unity CEO John Riccitiello’s bet pays off, you could soon end up benefiting […] In the days after his statement calling for unity, Trump has been bashing anyone who criticises him

Following his speech calling for unity after... Having already conquered social media, and...