Inside the downfall of poop-testing startup uBiome

These are Insider's biggest healthcare stories for March 22. 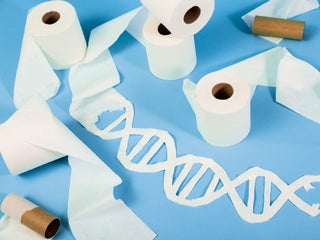 uBiome’s cofounders have been charged with fraud

These are Insider's biggest healthcare stories for the week ending March 19. 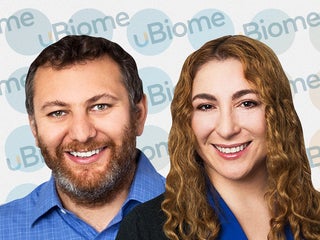 The cofounders face criminal and civil charges. They are accused of giving a false impression to investors of how well the company was doing.

The Silicon Valley microbiome-testing startup uBiome filed for bankruptcy protection earlier this month after months of challenges and setbacks. Now, uBiome is shutting down. The startup is converting from chapter 11 to chapter 7 bankruptcy, which means it will cease operations and liquidate, according to documents that Business Insider viewed. […] Happy Friday, Sept. 6th! Bringing you this week’s fresh batch of healthcare and biotech news is me, Erin Brodwin, subbing for the fabulous Lydia Ramsey while she wraps up her honeymoon festivities. While my East Coast coworkers mourn the end of summer, the Bay Area is just starting to heat […] Microbiome testing startup uBiome is the fourth largest startup to crash and burn in 2019. Here are the top 11 startups that have crumbled so far this year.

Microbiome testing startup uBiome announced Wednesday it was filing for bankruptcy after months of controversy and federal investigations into its testing procedures and billing practices. According to data from Pitchbook, uBiome is the fourth-largest startup whose business hit a wall so far in 2019. Consumer robotics maker Anki was the […] Poop-testing startup uBiome was once valued at $600 million by Silicon Valley’s top VCs. It just filed for bankruptcy.

uBiome filed for bankruptcy on Wednesday, after months of challenges and setbacks for the poop-testing startup. Founded in 2012, uBiome raised $US105 million from investors like 8VC and Andreessen Horowitz to explore the microbiome, a “forgotten organ.” 8VC now owns about 20% of the company while Andreessen Horowitz owns 11%, […] Hello, It seems like only a few short days ago that I was in your inbox filling you in on upcoming digital health IPOs, and the AbbVie-Allergan megamerger. And that’s because it was! Thanks to the holiday, I figured I’d slot this week’s Dispensed, our weekly healthcare newsletter, into your […] Everything we know about uBiome, the startup that convinced Silicon Valley that testing poop was worth $600 million, and then filed for bankruptcy amid an FBI investigation

uBiome was founded in 2012 on the promise of helping ordinary people understand the bacteria living in and on them, known as their microbiome. The company eventually raised $US105 million from investors and reached a valuation of $US600 million. In late April, the FBI searched uBiome’s office as part of […] Dispensed: Young blood startup is back, a scoop about CityMD, and telling remarks from Merck’s CEO

Hello, Welcome to this week’s edition of Dispensed, our weekly healthcare newsletter here at Business Insider, where we’re hoping for sunnier weather after this rainy week. Lydia Ramsey is letting me (healthcare editor Zachary Tracer) take over this week while she’s off on vacation. Questions? Complaints? Email me at [email protected] […] The inside story at uBiome, disrupting Wall Street from within, and Peloton’s prospects

Hello! When the three founders of the “microbial-genomics” startup uBiome began collecting human poop, they kept it in an erstwhile storage closet, inside secondhand freezers from a discount-lab-supply website. It was a far cry from a state-of-the-art facility. So starts Erin Brodwin’s inside story on uBiome, a startup that convinced […] Dispensed: The inside story of uBiome, a visit to the largest health system in New York, and what it’s like to take a ‘biotech for dummies’ course

Hello, Welcome to this week’s edition of Dispensed, our weekly healthcare newsletter here at Business Insider, where we’re recovering from sugar rushes induced by a company-wide summer party last night. If you’re following along with what’s happening on the hill, you might have noticed a refrain that echoes what Emma […] uBiome convinced Silicon Valley that testing poop was worth $600 million. Then the FBI came knocking. Here’s the inside story.

Silicon Valley health startup uBiome is in hot water on the heels of an FBI raid in April. Founded in 2012, uBiome raised $US105 million from investors on the promise of exploring the microbiome, a ‘forgotten organ.’ As uBiome advanced from a citizen science project to a clinical testing company, […]

Dispensed: CVS Health’s plan to become a go-to spot for healthcare, uBiome’s 75-person advisory boards, and an inside look at a massive generic drug lawsuit

Hello, Hope everyone is recovered from the long week of conferences! I wanted to start this week’s newsletter with a BIG welcome to Clarrie Feinstein, who joins the BI healthcare team as a fellow. Be sure to follow her on Twitter, and in the coming weeks I’ll be highlighting the […] Dispensed: Medicare Advantage’s surprising success, Nurx’s rebound, and a new startup trying to upend how you get mental healthcare at work uBiome’s founder repeatedly presented herself as years younger than she was, in the latest sign of trouble at the embattled $600 million poop-testing startup

The buzzy Silicon Valley startup uBiome, which was geared toward highlighting the importance of the microbiome for human health, is under federal investigation. The FBI raided the company’s San Francisco offices last month, reportedly in regard to issues with how it was billing customers. Insiders previously said that, in their […]

Dispensed: Troubles at uBiome, pharma giant Merck’s plan to upend the $20 billion HIV market, and why insurers are starting to embrace brands like SmileDirectClub

Hello, It’s been another busy week of reporting for the healthcare team as we look into what’s unfolding in the worlds of biotech, pharma, and healthcare. I spent some time at Rock Health’s Enterprise Insights Series event in NYC, where I moderated a conversation about the convergence of health-tech and […] uBiome has faced complaints over surprise bills and billing mistakes for several years. The Federal Trade Commission received 28 complaints about uBiome between July 2017 and March 2019, according to records obtained by Business Insider. The complaints detail instances of surprise bills as high as $US3,000 and of bills sent […] Microbiome-testing company uBiome has suspended its clinical tests, the company told customers on Monday. The suspension comes following an FBI raid of the company’s offices in San Francisco. UBiome’s co-CEOs Jessica Richman and Zac Apte were placed on administrative leave as well. The company has stopped selling its SmartGut and […] UBiome’s cofounders and co-CEOs Jessica Richman and Zac Apte have been placed on administrative leave, the company said on Wednesday. The move follows an FBI raid on uBiome’s offices in San Francisco. UBiome, a startup that sells tests that sequence your microbiome, has named John Rakow as interim CEO. Rakow […]