Yuka Saso became the first Filipino golfer to win a major tournament and the second teenager ever to win the US Women's Open. 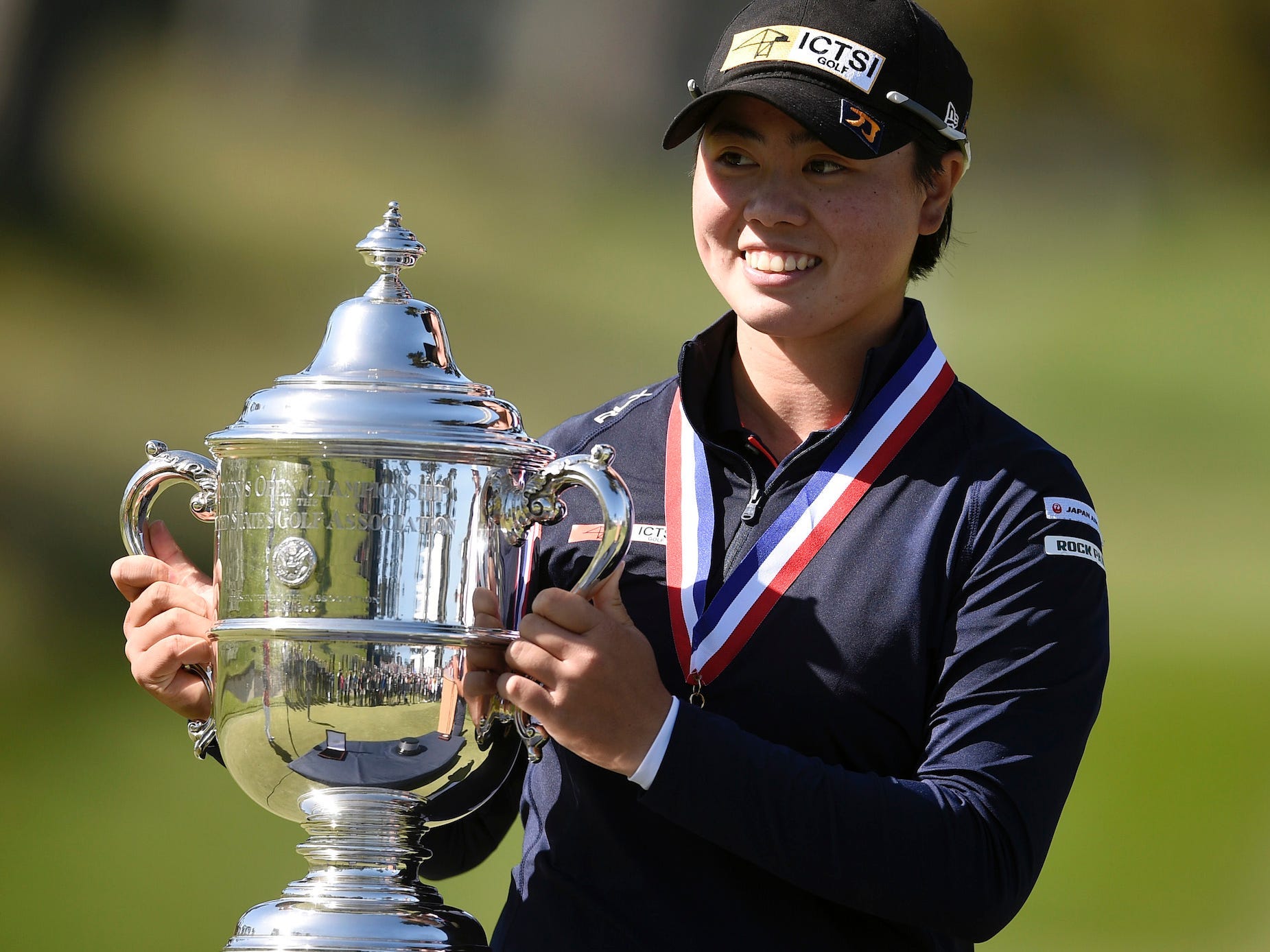 Novak Djokovic was booed off the court after retiring from his US Open third-round match against Stan Wawrinka. Djokovic called time on his tournament early in the third set after losing the opening two 6-4, 7-5. “It is very frustrating. Of course it hurts that I had to retire,” Djokovic […] Nick Kyrgios said he was happy to have wrapped up his US Open first-round match against Steve Johnson so he could go to the pub. The Australian beat Johnson 6-3, 7-6 (7-1), 6-4 in less than two hours on Tuesday to book a place in the second round, where he […] Serena Williams has addressed the umpire and sexism row from her 2018 US Open women’s final loss to Naomi Osaka on September 8. Williams was slapped with three code violations for coaching, smashing her racket, and for verbal abuse aimed at the chair umpire Carlos Ramos. She said trainer Patrick […] Naomi Osaka may be about to sign the biggest deal Adidas has agreed to with a female athlete. A deal worth $US8.5 million annually could be announced Thursday, according to The Times. The new agreement would come hot on the heels of Osaka’s straight-sets victory over Serena Williams, a match […]

The controversial Serena Williams “angry baby” cartoon has been republished by The Herald Sun. The Australian newspaper slapped the drawing on the front page of its Wednesday edition alongside the headline: “Welcome to PC World.” The paper’s editor had previously tweeted his support for the cartoonist, while the artist himself […] A group of umpires are reportedly considering boycott action against Serena Williams, according to an anonymous source in The Times. Umpires are allegedly unhappy about Williams’ treatment of Carlos Ramos, the 2018 US Open women’s final umpire, during and after the match. Williams called Ramos a “liar” and a “thief” […]

Serena Williams was turned into a cartoon on Monday, two days after she lost the US Open final. Her behaviour on the court, which earned her three code violations in the match’s second set, was lampooned by the Australian cartoonist Mark Knight, who drew Williams as an angry baby with […]

Serena Williams crashed out of the 2018 US Open final on Saturday. During the match in Queens, New York, Williams received violations for coaching, smashing her racket, and calling the chair umpire a “thief.” She eventually lost in straight sets to Naomi Osaka and was slapped with a $US17,000 fine […] Serena Williams was shown as an angry baby in a cartoon published Monday by the Australian newspaper the Herald Sun. The cartoon has faced a backlash for the way it depicts Williams’ losing her cool in Saturday’s US Open final against Osaka, who won in straight sets. Williams was slapped […]

Australian tennis player John Millman, currently ranked 55th in the world, just knocked Roger Federer out of the US Open. The upset has stunned the tennis world. Millman beat Federer after a gripping four sets 3-6, 7-5, 7-6, 7-6. He is the first Australian to defeat Federer in a grand […]

Roger Federer hit one of the most astonishing winners of his career, and Nick Kyrgios’ reaction was priceless

Roger Federer hit one of the most stunning winners of his career against Nick Kyrgios in the third round of the US Open. He defied his 37 years to reach an acutely-angled Kyrgios slice and flashed a winner around the post of the net. Kyrgios’ reaction was priceless. He gasped […] Nike used a home movie of a 9-year-old Serena Williams in an unmissable ad for the US Open. The clip features Williams and her father, Richard Williams, who can be heard telling her to imagine she is at the US Open – a tournament she has now won an incredible […] Good morning. 1. Telstra has an even bigger rival. TPG and Vodafone Hutchison just announced a merger of “equals”, creating an entity with enough scale to take on the big telcos. The companies say the enterprise value of the merged group will be about $15 billion. 2. Boo. Westpac put […]

Nick Kyrgios attempted a no-look, between-the-legs return during the fourth set of a U.S. Open match. The ball went right to his opponent, who smashed it back over the net for the point. Kyrgios won the match in four sets. Australia’s Nick Kyrgios beat Radu Albot in four sets in […] Roger Federer is having another season to... Good morning. 1. Traders in the US don’t believe the soft inflation data and are expecting another rate rise this year. That might have been why a lot of money moved out of tech into safer utilities. The ASX was unable to find support above 5800 yesterday as the big […]

For some, the US Open is about tennis... One huge surprise at the end.