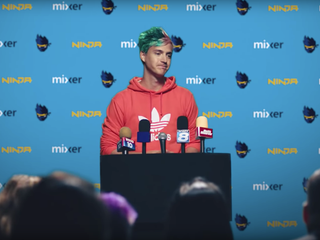 Streaming superstar Tyler “Ninja” Blevins tweeted he’s deleting TikTok. “Hopefully a less intrusive company (data farming) that isn’t owned by China can recreate the concept legally,” Blevins said. This week Secretary of State Mike Pompeo and President Trump both said a US ban on TikTok, which is owned by Chinese […] 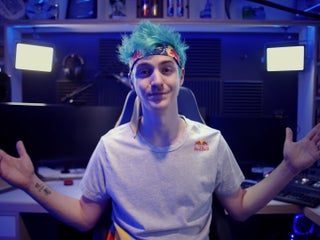 Jarvis Khattri, 17, was banned from “Fortnite” for life after he uploaded a video of himself using software to cheat in the game. Jarvis, a member of the esports organisation FaZe Clan, has earned thousands of dollars playing “Fortnite” and making videos about the game for his YouTube followers. Jarvis […] Tyler “Ninja” Blevins is the most popular professional gamer in the world and the most followed streamer on Twitch, Amazon’s video-game-streaming platform. On Thursday, Ninja announced that he would now be streaming exclusively on Mixer, Microsoft’s platform. Ninja will leave more than 14 million followers behind on Twitch, along with […] Tyler “Ninja” Blevins is the world’s most famous gamer. Ninja earns as much as $US500,000 a month playing “Fortnite” for millions of followers, and was named to Time Magazine’s list of 100 most influential people. In honour of Mother’s Day, ESPN’s SportsCenter asked Ninja to write a letter to his […] Popdog is a new company focused on building partnerships within the video gaming, live streaming and esports industries. The company is led by CEO Alexander Garfield, the former owner of GoodGame, one of the most successful esports companies in the industry’s brief history. Popdog will consolidate top gaming influencer brand […] Drake gave his favourite video game streamer $5,000 after another successful round of ‘Fortnite’

Drake made his second appearance on video game streaming service Twitch last night, again playing “Fortnite: Battle Royale” with Tyler “Ninja” Blevins. Last time Drake played with Ninja, they set records for peak viewership for the platform. Drake gave Ninja $US5,000 at the end of the evening, fulfilling a promise […]