Critical workers are being punished for isolating and pressured to return to work sick, a new survey of transport workers has found

The findings of a survey conducted by the Transport Workers Union (TWU) follow a national cabinet-endorsed decision to relax the rules around isolation for essential workers.

Workers’ unions, already furious, are demanding a raft of new worker protections from the federal government as Omicron cases continue to surge.

NSW and Queensland will allow close contacts of COVID-19 cases to return work, as the states face critical food shortages. Major retailers including Coles and Woolworths have reported staff shortages of up to 40% at their distribution centres due to the state-imposed isolation requirements.  Workers unions have criticised the move, […]

FedEx has promised workers a 9% pay rise, ending months of tough negotiations between logistics companies and the transport union

FedEx workers will receive a more than 9% raise as part of a new wage agreement won by the Transport Workers Union (TWU), marking the last deal to be signed with the logistics giants after a months-long struggle.

FedEx workers who strike will be locked out without pay, the company says, as it walks away from union negotiations

FedEx workers who plan to strike as planned this week run the risk of being locked out of work without pay for a minimum of two shifts.

The Transport Worker's Union (TWU) says the deal could include a 3% annual pay increase and more job security for StarTrack's workers.

Southwest told Insider that the pilot has been placed on leave while the company conducts an internal investigation, which is currently ongoing. 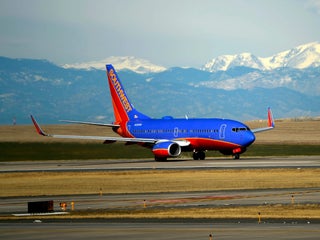 Transport workers are prepared to go on a nationwide strike if delivery companies don’t come to the table, according to the TWU

The union representing thousands of Australian truck drivers has once again flagged the possibility of a nationwide strike, saying the results of a new safety survey prove employers should strengthen their commitments to secure employment and workplace safety standards.

Workers are set to strike against StarTrack, as unions pull the handbrake on Australia Post deliveries

Another day, another strike threatens to delay Australian deliveries.

Thousands of Toll truck drivers have walked off the job as negotiations break down, stalling deliveries nationwide

The logistics company has been unable to avoid a planned strike on Friday.

Truckies are threatening to strike and ‘cripple food and fuel supplies across Australia’, as Toll allegedly tries to slash wages and outsource jobs

Toll is staring down the threat of an enormous strike, as negotiations break down between management and truck drivers. The Transport Workers Union (TWU) claims almost 7,000 workers could be swept up in industrial action, as the logistics company tries to change the existing workplace agreement. TWU national secretary Michael […]

The Transport Workers Union has slammed the NSW government’s proposed delivery rider laws, saying they ‘will only make the problems worse’

The NSW government has revealed new proposed laws it says will solve problems around food delivery rider safety that lead to the deaths of five workers last year. The announcement follows the conclusion of a joint task force examining delivery worker safety, which the Transport Workers Union (TWU) left, claiming […]

Uber Eats riders are now required to take a selfie while wearing a helmet and check if their bike has a mobile phone holster before they can take gigs through the app. Sachin Kansal, Uber’s senior director of product management, said the world first checks will form part of a […]

The number of Australians on JobKeeper has more than halved since September – but 1.5 million people still rely on it

The number of Australians being supported by JobKeeper has fallen by more than 2 million since September, with Treasurer Josh Frydenberg claiming a “remarkable recovery”. However, despite half a million businesses leaving the scheme, there are still 1.53 million Australians receiving the wage subsidy. Meanwhile, the unions are criticising the […]

Food delivery platforms have been urged to ensure the safety of their riders in draft SafeWork NSW guidelines, according to the ABC. Gig economy giants should avoid setting “unrealistic” delivery times and bar riders from working more than 12 hours at a time. The draft guidelines come after the deaths […]

‘Road transport is a deadly industry’: Coles and the Transport Workers Union have signed a charter on safety standards for transport workers

Qantas is being taken to court over its bid to slash more than 2,000 jobs as it restructures during the pandemic

A federal court will decide whether Qantas is permitted to outsource more than 2,000 ground handling jobs. On Wednesday, the Transport Workers Union (TWU) launched a case against the airline as it attempts to cut costs and restructure the business. “We remain focused on delivering on our recovery program, which […]