The first and last outfits of 20 characters on ‘Glee’

Fox’s series “Glee” ran from 2009 to 2015. The musical dramedy oftentimes used clothes to help characterise the cast’s distinct personalities Some characters, like Rachel and Tina, change their style significantly as they grow from teenage outcasts to ambitious and confident young adults. Others, like Emma and Kurt, have a […] 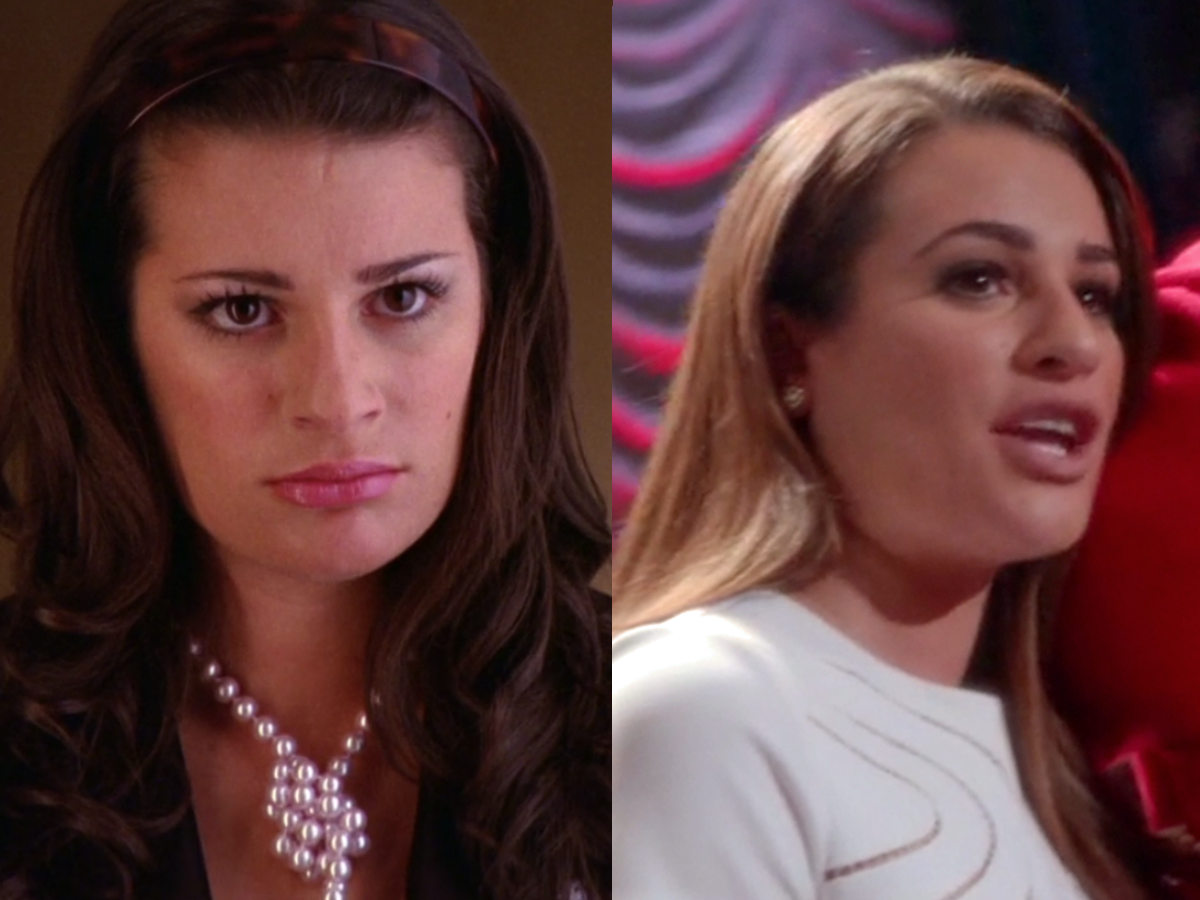 The first and last outfits of 10 characters on ‘Friends’

“Friends” ran from 1994 to 2004 and quickly became a pop-culture phenomenon, making major stars out of its ensemble cast. Each of the characters went through a fashion evolution throughout the series’ decade-long run, going from classic 1990s fashions to looks from the mid-2000s. Overall, by the end of the […] 12 TV shows that have made fashion history

Many TV shows feature stylish characters and special outfits worth keeping an eye out for. Period shows like “Mad Men” and “That 70s Show” showcase impressive new versions of older looks. Series like “Scandal” and “The Mary Tyler Moore Show” feature trendy and sophisticated workwear. Visit INSIDER’s homepage for more […] The first and last outfits of 12 characters on ‘Gossip Girl’

“Gossip Girl” ran from 2007 to 2012 and the dramatic series is known for its incredible fashions. Blair Waldorf’s first and last outfits are both lacy, classic, and delicate, but her final dress is light and sparkly Serena van der Woodsen retains her fun, glowing, “It Girl” style from her […] Olivia Pope had some killer fashion moments. Neutrals were her signature. She also rocked capes. Kerry Washington is known for her excellent red carpet looks, but while she played Olivia Pope on ABC’s “Scandal,” her fashion was similarly stunning. Costume designer Lyn Paolo took Olivia Pope’s style to the next […]

21 of Rory Gilmore’s most iconic outfits on ‘Gilmore Girls’

“Gilmore Girls” premiered 20 years ago on The WB, but Rory Gilmore’s style is still iconic. Her wardrobe didn’t scream high fashion, but her casual ensembles were totally in style when the show was airing in the early 2000s. The character also completely transformed on the few occasions where she […] Before she became Meghan, Duchess of Sussex, Meghan Markle was a legal mastermind on the USA drama “Suits.” For seven seasons, Rachel Zane was an all-star paralegal, law student, friend and companion to protagonist Mike Ross. Classic and comfortable mixed with tailored and trendy, Zane frequently rocked business professional ensembles. […]