A pro-Trump group bought Facebook ads for Green party candidates during the 2018 midterm elections to try and split the Democratic vote, The Guardian reported

The conservative marketing firm Rally Forge was behind the ads, part of an apparent effort to split the Democratic vote, The Guardian reported. 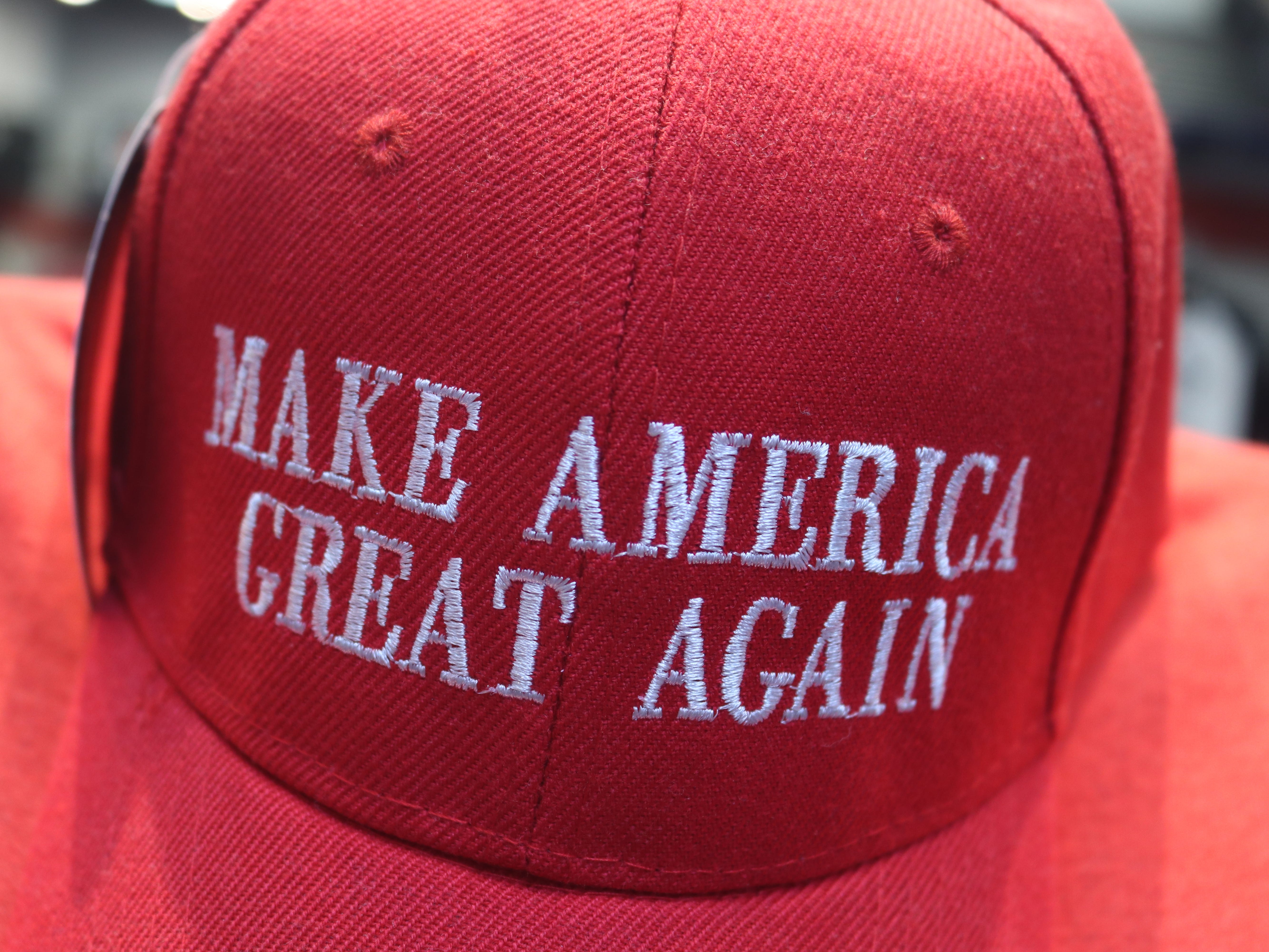 A former firefighter charged in the Capitol riot took a bus organized by Turning Point USA to DC, filing says

TPUSA founder Charlie Kirk has since-deleted tweets that promoted buses to DC as well as free hotel rooms in the Capitol for Trump supporters. 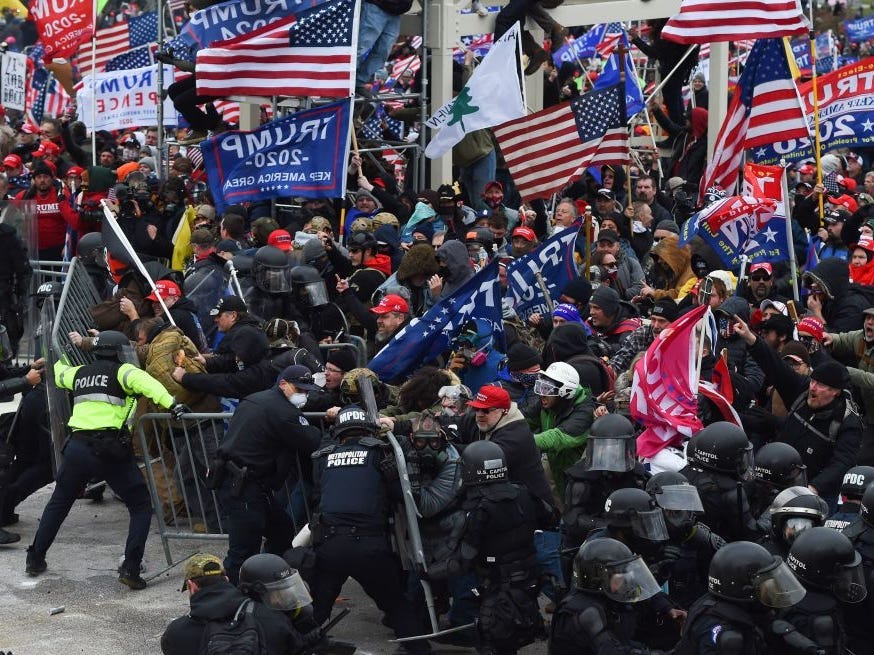 Republican Rep Madison Cawthorn told a crowd at a Turning Point USA event last month to “lightly threaten” lawmakers who didn’t support claims of voter fraud in the 2020 presidential election. The comments was made a little over three weeks before rioters who supported President Donald Trump stormed the US […]

Trump’s Mar-a-Lago resort hosted hundreds of Republicans, many of them maskless, for an indoor party on Friday 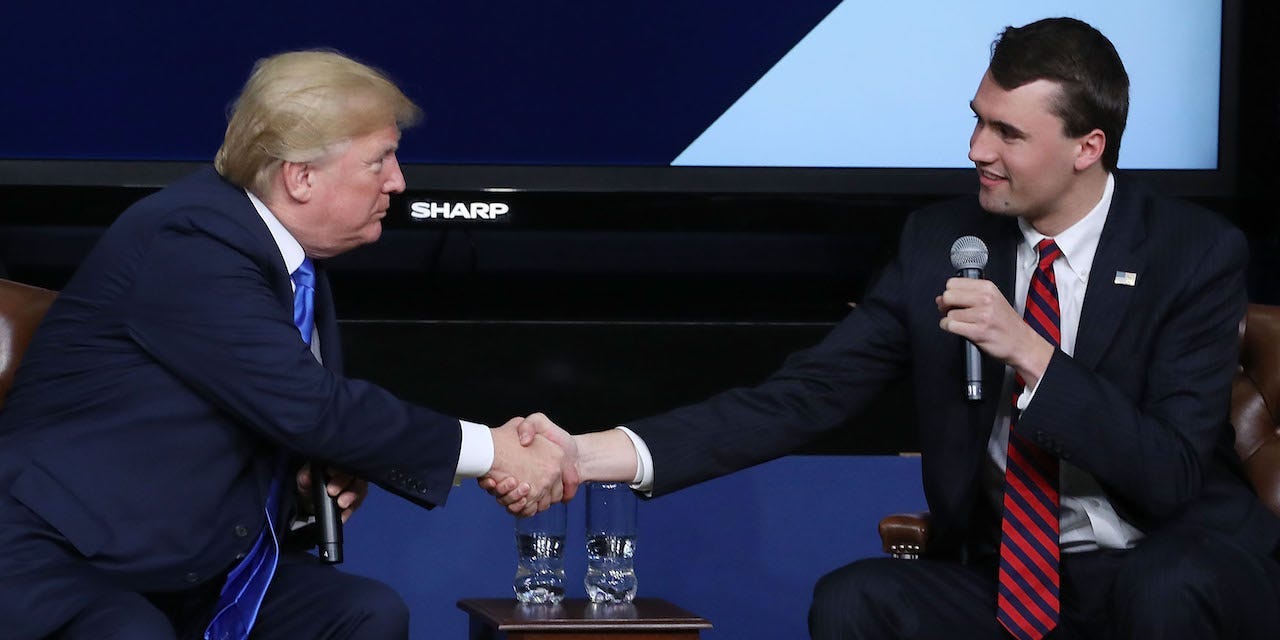 Turning Point USA, a pro-Trump conservative student group, is moving forward with an in-person event in Florida despite a national increase in COVID-19 cases and deaths. The group’s annual Student Action Summit, which takes place in West Palm Beach, Florida, typically brings in thousands of young conservatives from across the […] 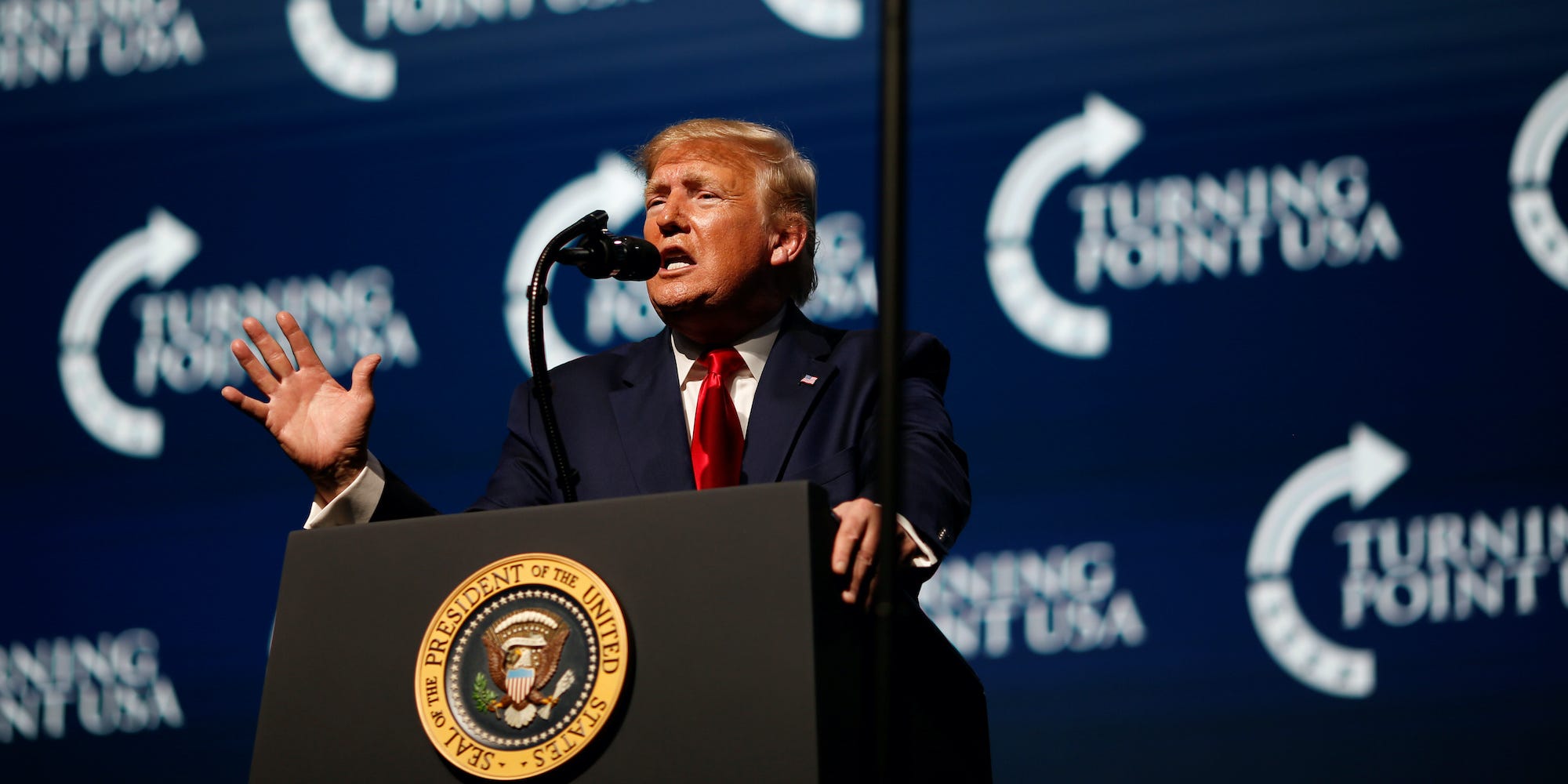 Pro-Trump activists celebrated the shutting of college campuses at a closed-door meeting, suggesting without evidence that it means liberal students can’t vote for Democrats

A conservative activist told a closed-door meeting it was “a great thing” that colleges had shut their campuses, suggesting that it would result in the Democratic Party receiving fewer votes from students, The Washington Post reported. Charlie Kirk, the founder of Turning Point USA, made the remarks at the Council […] Facebook has removed 200 fake accounts created by a marketing firm that was working for an affiliate of conservative youth group Turning Point USA. The company announced that it had discovered a coordinated campaign to use fake accounts to comment on news articles, writing messages centered around topics like the […] 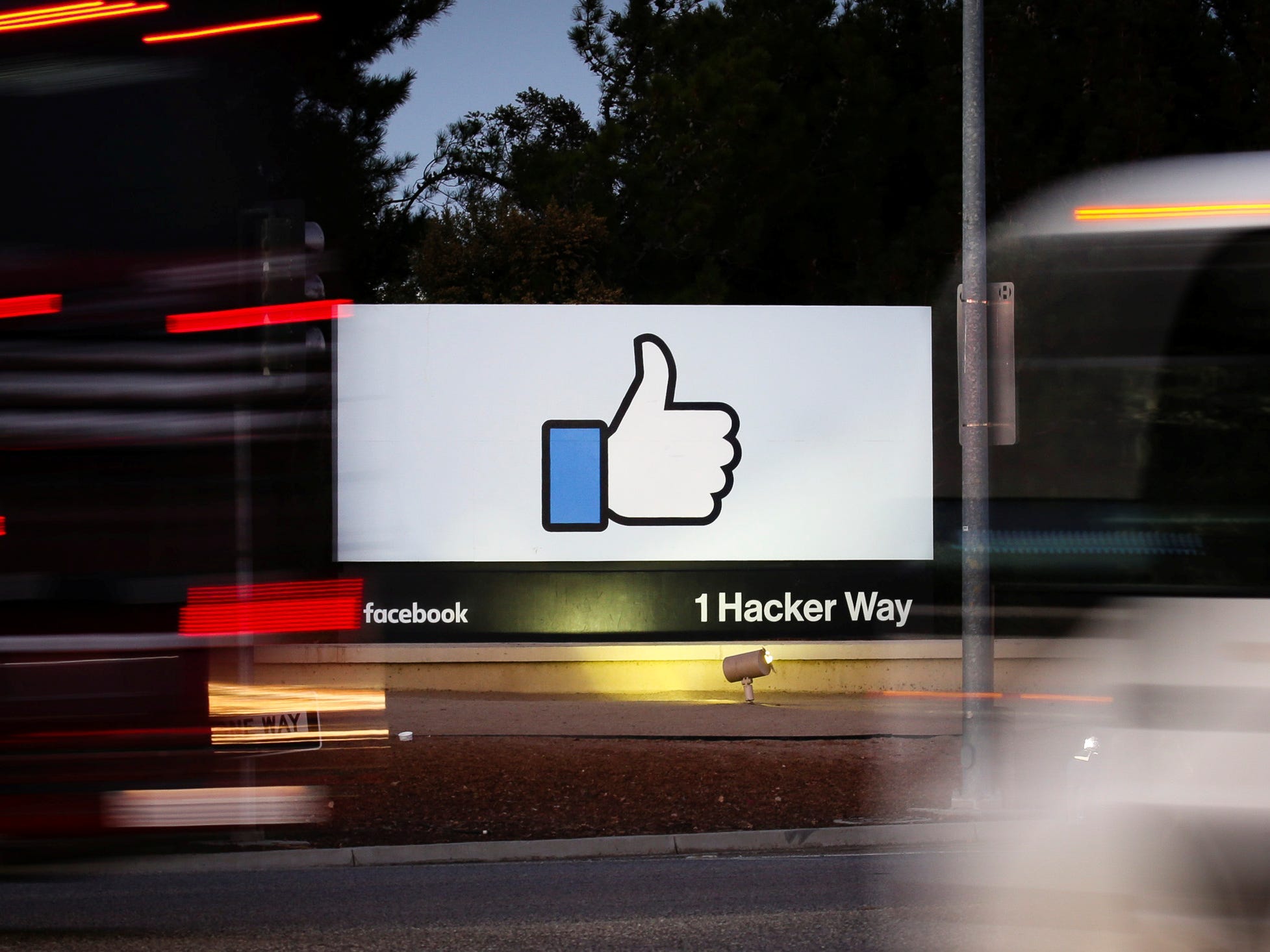 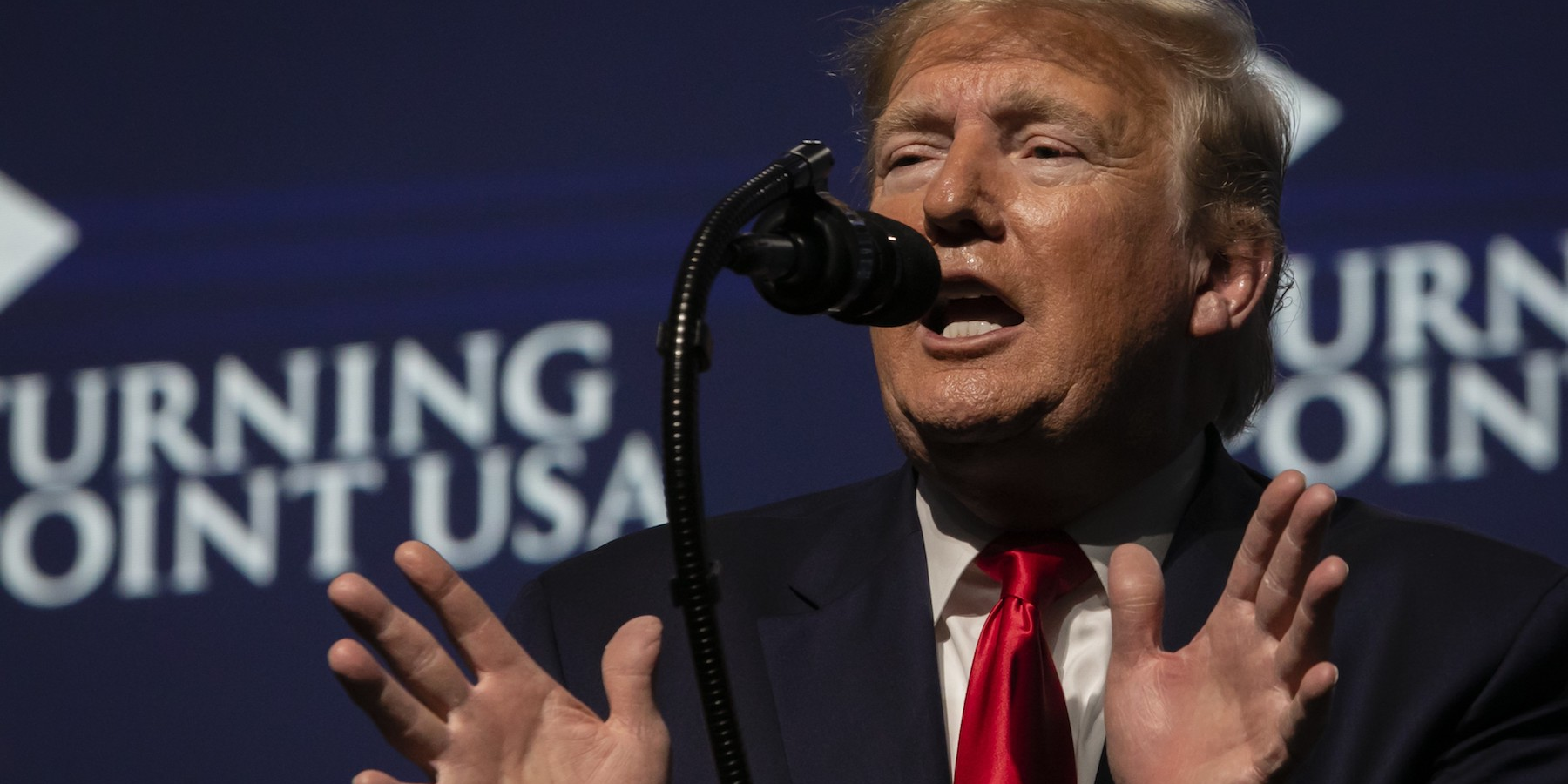 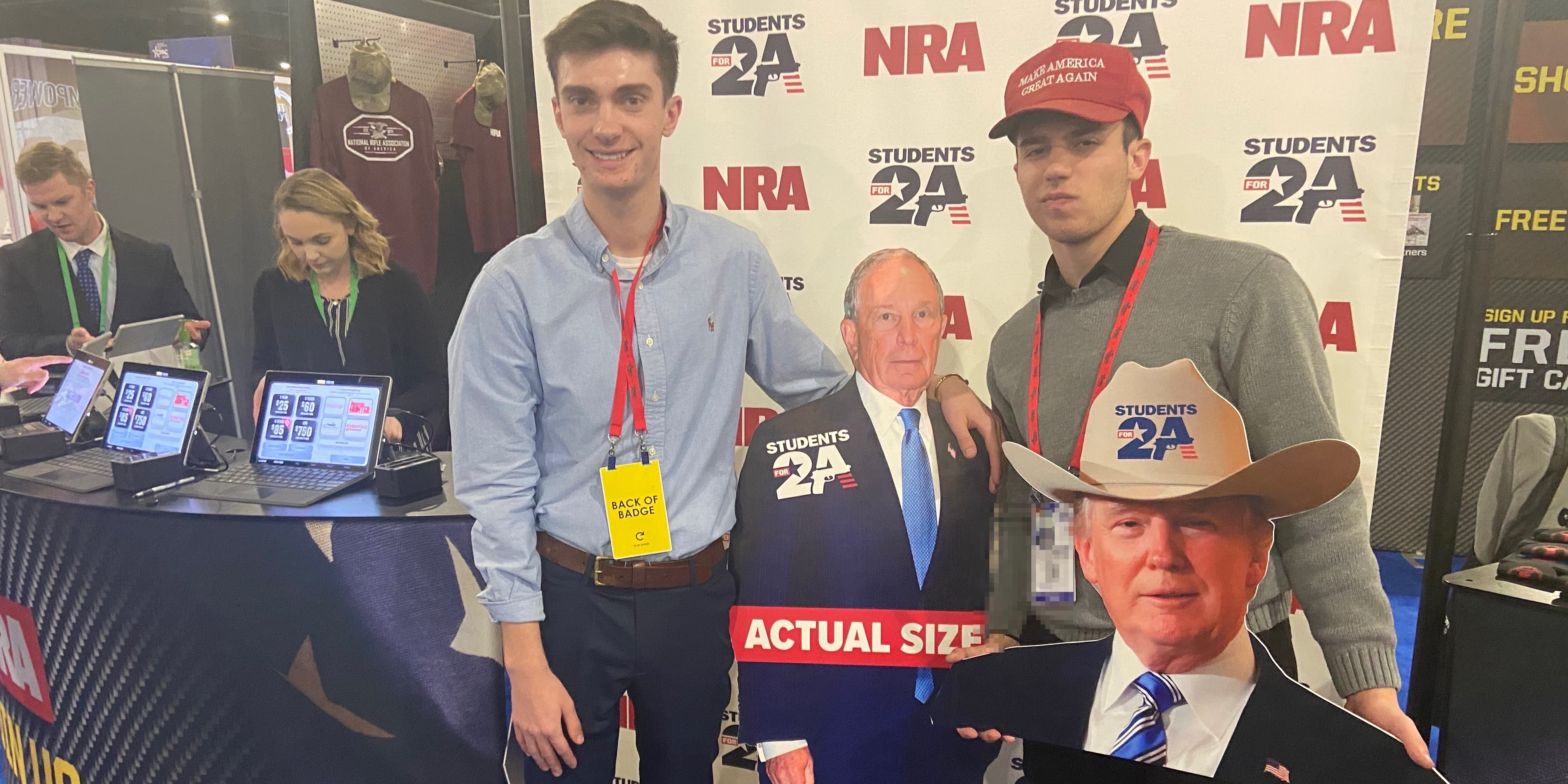 President Donald Trump stood in front of a fake presidential seal that called him a puppet in Spanish at a Turning Point USA conference in Washington, DC, this week. Instead of the bald eagle wielding arrows, the parody seal showed a double-headed eagle clutching golf clubs in its talons. A […] The man who made the fake presidential seal that appeared behind US President Donald Trump at a conference on Tuesday told The Washington Post that he made it in 2016 as a “goofy thing” and was shocked to see it displayed behind the president. Charles Leazott, a graphic designer who […] President Donald Trump on Tuesday addressed the conservative youth group Turning Point USA in Washington, DC. The presidential seal displayed on a giant screen behind Trump as he addressed the conference had been doctored to show what appeared to be a Russian imperial eagle clutching golf clubs. A representative for […]

Turning Point USA on Tuesday night called on teenage attendees of its conference in Washington, DC, to plan on marching to the US Capitol on Wednesday morning to protest during former special counsel Robert Mueller’s testimony to Congress. Mueller is set to testify before the House Judiciary and Intelligence Committees […] Trump claimed Article 2 of the Constitution gives him the right to do ‘whatever I want as president,’ but that’s not true

President Donald Trump on Tuesday inaccurately suggested the Constitution gives him the power to do “whatever” he wants as president. While criticising the former special counsel Robert Mueller’s investigation into Russian election interference, Trump said, “Then I have an Article 2, where I have the right to do whatever I […] The House Judiciary Committee held a hearing Tuesday to examine hate crimes and the rise of white nationalism in the United States. Republicans on the committee largely ignored the agenda, instead focusing on other issues of discrimination and biases. Democrats mostly ignored the Republicans’ witness, the conservative personality Candace Owens. […] President Donald Trump’s supporters celebrated the conclusion of the special counsel Robert Mueller’s Russia investigation on Friday evening, saying that the president has been cleared of any collusion charges. Donald Trump Jr., the president’s eldest son, simply tweeted “#CollusionTruthers.” But investigations related to the Russia probe are far from over. […] Trump’s executive order defending free speech on college campus is spare on details, and the ceremonial signing felt like a partisan photo op

President Trump signed an executive order Thursday ostensibly protecting free speech on college campuses. “Under the guise of speech codes and safe spaces and trigger warnings, these universities have tried to restrict free thought, impose total conformity and shutdown the voices of great young Americans,” Trump said before the ceremonial […] President Donald Trump on Thursday signed an executive order designed to protect free speech on college campuses. Trump was urged to do this by conservative youth advocacy group Turning Point USA and its leader Charlie Kirk, who’s made this issue TPUSA’s top priority. “I have spent the last six years […]