Victoria’s Secret abandons its scantily dressed Angels, saying they’re no longer ‘culturally relevant.’ Activists and entrepreneurs will be the new faces of the brand, it says.

Victoria's Secret said it was partnering with a new group of women, including the soccer player and activist Megan Rapinoe, to promote the brand. 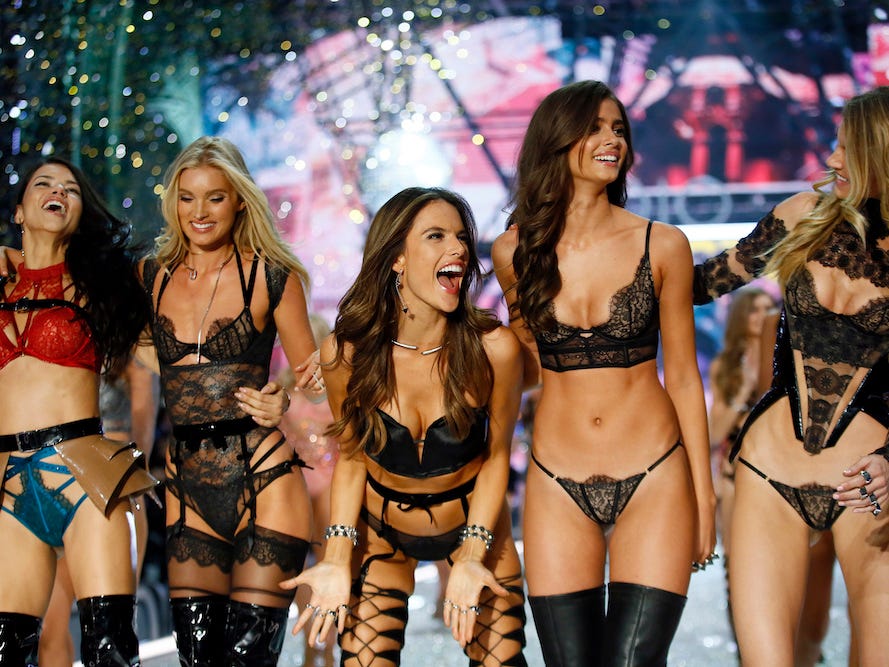 ANZ Bank’s Shayne Elliott inherited an underperforming business when he took over as CEO in late 2015 and vowed to tackle the lagging Asian business and turn around the fortunes of Australia’s third-largest lender by market value. Cut to now, he has exited capital hungry loans and businesses, reallocated capital […]

Inside the turnaround plan that could save American Apparel

American Apparel is still reeling from the... These Are The Disastrous Lego Kits That Almost Ruined The Company

In 10 years, Lego has recovered from the brink of bankruptcy to a blockbuster movie and strong sales. Lego Designer Mark Stafford recently took to Reddit to offer some insight on what went wrong in the first place and how the Danish toy company turned it around. The troubles, he […] Here's how they did it. INSTANT MBA: Be Honest With Yourself About The Company

[credit provider=”Courtesy of David Jakubowski”] Today’s advice comes from our interview with David Jakubowksi, CEO of Aggregate Knowledge: “You have to be brutally and intellectually honest. When you’re in a turnaround, it generally means that things aren’t going the way that you want them to go and so you gotta figure out […] JCPenney’s Turnaround Strategy Leaves Out Its Only Hope For Success

[credit provider=”Chris Chan on Flickr” url=”http://www.flickr.com/photos/crazytales562/2656308958/sizes/z/in/photostream/”] JCPenney burning through resources to pull off a turnaround. With same store sales down 32 per cent, its running out of time. JCPenney Is Being ‘Eaten Alive’ By Its Turnaround Strategy

[credit provider=”Scott Olsen / Getty Images”] JCPenney’s business has gotten increasingly worse since new CEO Ron Johnson announced his turnaround plan a year ago. Same store sales are down 32 per cent, which is much worse than Wall Street had predicted. So you have identified A+ candidates and they have accepted your job offer. Awesome. Now the trick is keeping them with you for the long haul. How The Dell Model Died

[credit provider=”YouTube/pepwave24″ url=”http://www.youtube.com/watch?v=sZi1Ouc4Wtk&feature=related”] Dell management must be suffering from whiplash.Once one of the “four horsemen of tech”, the computer company rose to prominence by selling standardized boxes to enterprise customers. The model was operational discipline and minimal R&D. Eddie Lampert Will Be An Unmitigated Disaster As Sears CEO

“And you know the surest way to go broke? Keep getting an increasing share of a shrinking market. Down the tubes. Slow but sure. You know, at one time there must’ve been dozens of companies making buggy whips. And I’ll bet the last company around was the one that made […] KRAWCHECK: Here’s What To Do In The First 90 Days Of A Turnaround [credit provider=”Getty Images”] JCPenney CEO and former Apple retail chief Ron Johnson has been getting slammed for his tactics as the retailer tries to turn things around.That’s because things have looked dire lately, especially after JCPenney’s Q1 sales number of $3.15 billion fell well short of expectations of $3.4 billion. CITI: Ron Johnson Has Until August To Turn Around JCPenney

[credit provider=”Yahoo Finance ” url=”http://finance.yahoo.com/echarts?s=JCP+Interactive#symbol=jcp;range=1y;compare=;indicator=volume;charttype=area;crosshair=on;ohlcvalues=0;logscale=off;source=undefined;”] JCPenney has been getting lots of criticism lately since it hasn’t been hitting its numbers.But there are some bulls, including Citi retail analyst Deborah Weinswig. [credit provider=”Screengrab from bestbuy on YouTube” url=”http://www.youtube.com/watch?v=Q2k3BClht2A”] Best Buy interim CEO Mike Mikan has a lot of work to do to jump-start the ailing consumer electronics retailer, and he knows it.”Right now, we aren’t even close to good enough,” admitted Mikan on the company’s Q1 conference call with analysts. [credit provider=”By Ron Dauphin on flickr” url=”http://www.flickr.com/photos/crawfishpie/492887177/sizes/o/in/photostream/”] KeyBanc released a report this morning on Best Buy and its current status in the consumer electronics retail industry.The industry has completely changed since the brand’s glory days, and the meteoric rise of both Amazon and Apple have fundamentally altered the landscape.