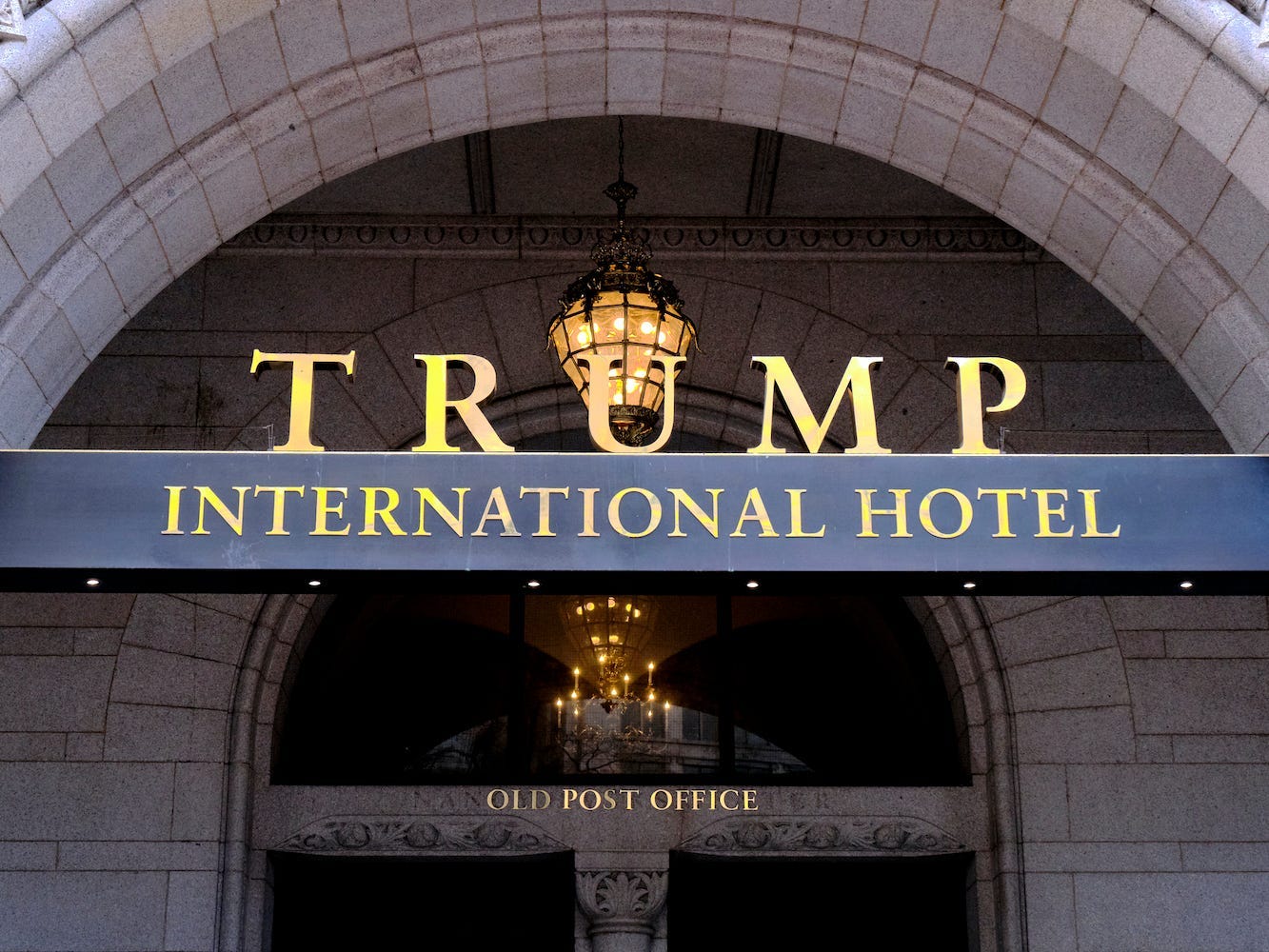 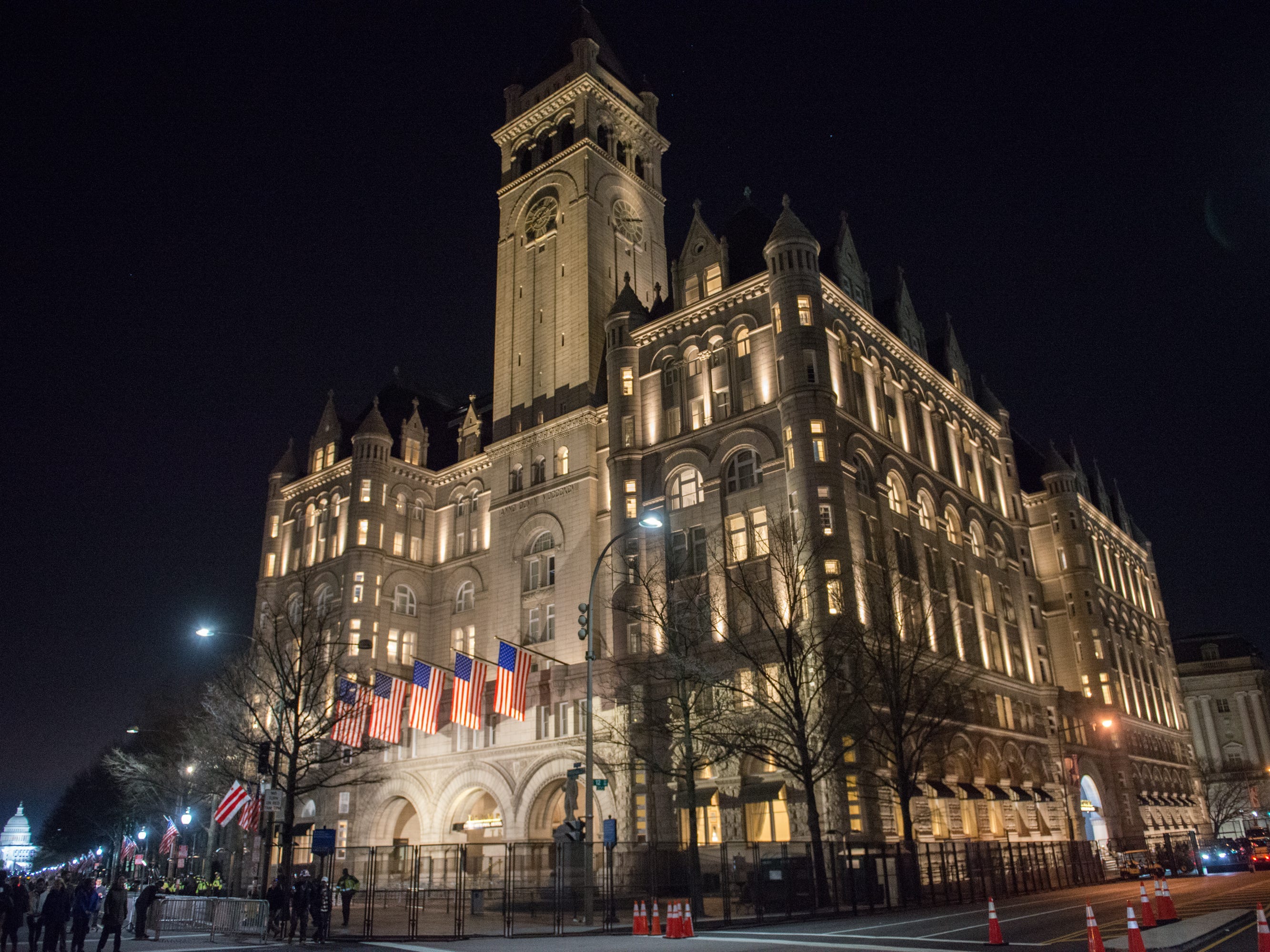 Trump made $1.6 billion while president, according to financial disclosures, but left office less wealthy than before

The former president made lots of money while in the White House but still left office less wealthy than when he was elected. 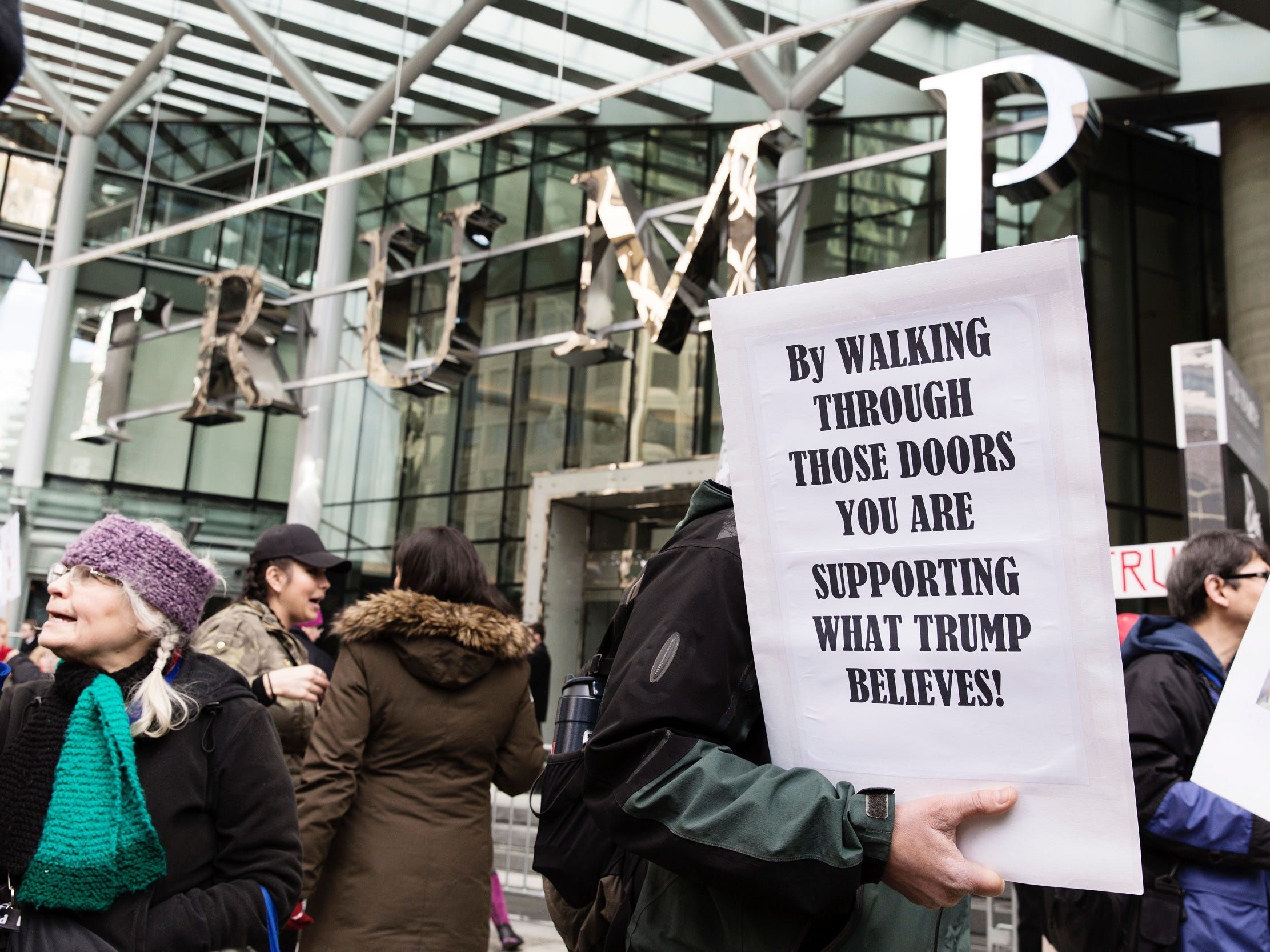 Trump hotel employees say they had to pretend to support the president: ‘Inside I was dying’

For employees at the Trump International Hotel who weren't Donald Trump supporters, pretending to be one was an unwritten rule of the job. 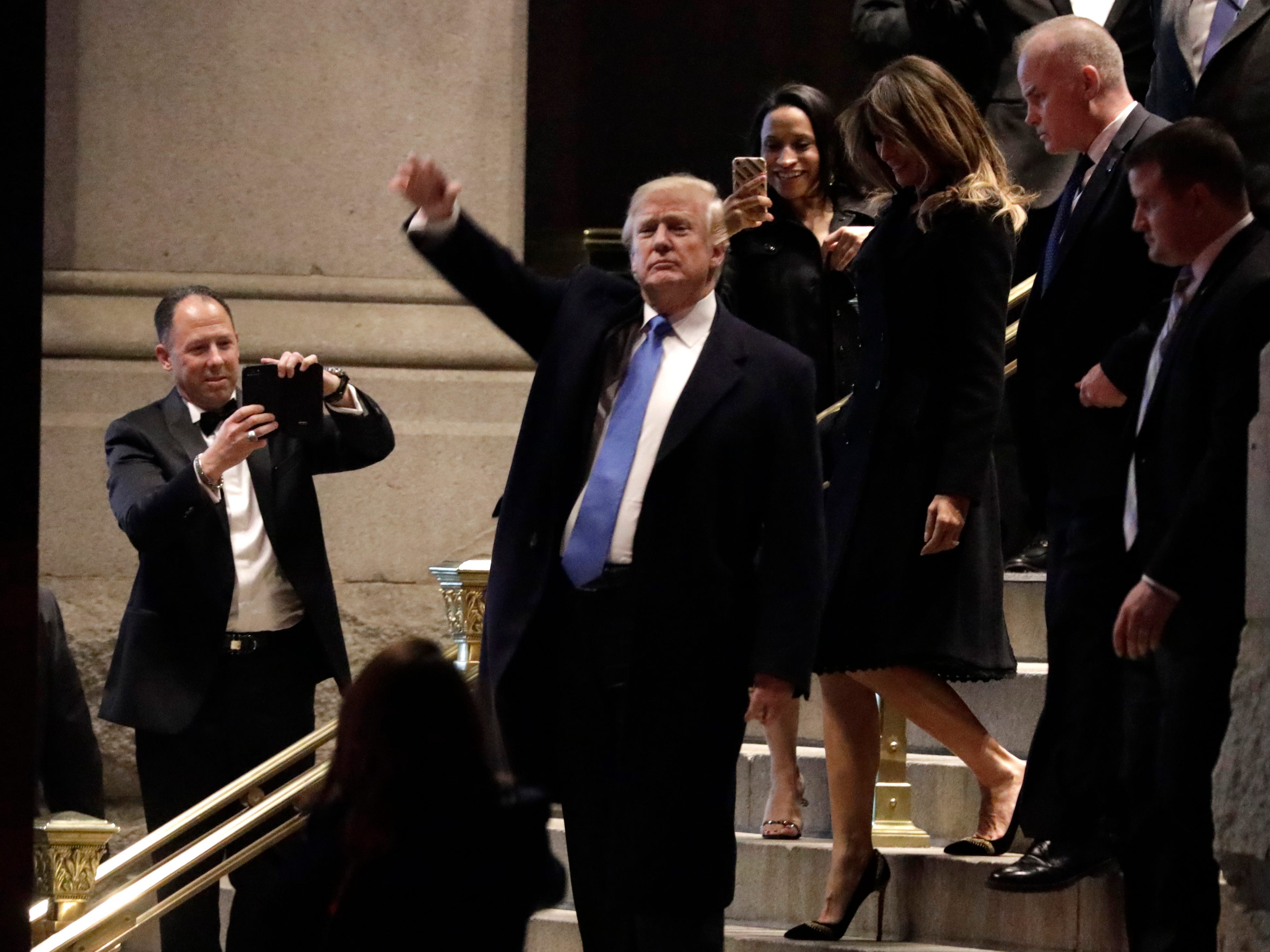 Trump’s golf clubs and hotels suffered huge revenue drops in 2020, some by as much as 63%, according to a financial disclosure released hours after he left the White House

Revenues at former President Donald Trump’s hotels and golf clubs suffered during the coronavirus pandemic. Revenues at the Trump International Hotel in Washington fell 63% in 2020 compared to 2019, a financial disclosure released Wednesday revealed. Most Trump golf clubs saw revenues fall by more than 10%, and revenues at […] 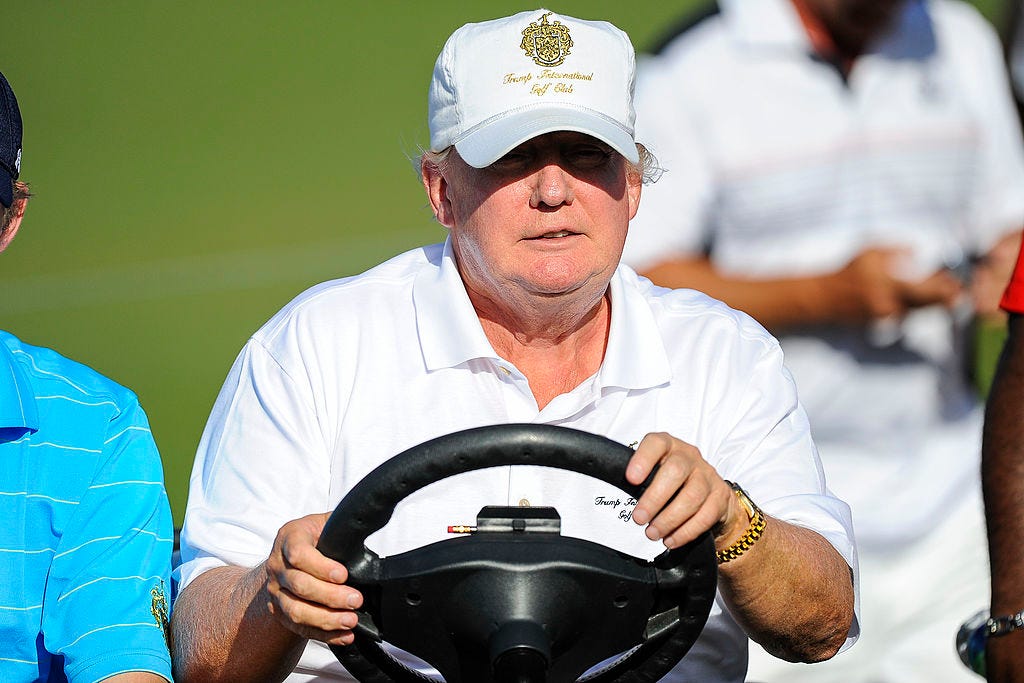 The House Oversight Committee is investigating an allegation that at least one foreign government and one trade association booked rooms in US President Donald Trump’s hotels and left them empty, Politico reported. The committee is probing whether this violates the US Constitution’s Emoluments Clause, which prohibits the president from receiving […] Ivanka Trump made almost $US4 million from her stake in the Trump Washington DC hotel last year, new White House financial disclosures show. NBC news reported that in total the post office turned hotel made $US40.8 million for the family in 2019. The Trump family has come under fire in […] President Donald Trump’s inauguration in 2017 drew more than $US100 million in donations, according to interviews and documents reviewed by The New York Times. The record-breaking $US107 million in contributions from private donors amounted to at least twice that of Trump’s predecessors. Expenses for the estimated 20 events around the […] A new government report found that President Donald Trump was much more involved in the debate over a new FBI headquarters than Congress was originally told. The current FBI headquarters is across the street from Trump’s Washington, DC, hotel. A Government Services Administration (GSA) inspector general report on Monday detailed […] ‘If you’re having champagne … make sure you have enough for everyone’: Sean Spicer shares photo from inside a $100,000-per-ticket Trump fundraiser amid protests over ‘zero-tolerance’ policy

Former White House press secretary Sean Spicer posted a celebratory picture at the Trump International Hotel in Washington DC, amid the bipartisan outrage over the Trump administration’s “zero-tolerance” policy. Spicer, who attended a Republican fundraiser at the hotel, posted an image of a giant champagne bottle on his Instagram account. […] • The Trump International Hotel and Tower Panama in Panama City is currently the site of an intense business dispute. • Trump Organisation employees refused to vacate the premises after being fired by the hotel’s majority owners on Tuesday. • The international blowup could cause problems for President Donald Trump. […] Over the last several weeks, the Trump... Watch police trail a Tesla whose driver was suspected of a...

The White House says no to minting a $1 trillion coin...