Construction has paused on Trump’s border wall following a proclamation by President Joe Biden. Insider commissioned a photographer to document parts of the border wall that never got done. The landscape is strewn with rough roads, rubble, and evidently useless portions of wall. Visit the Business section of Insider for […] 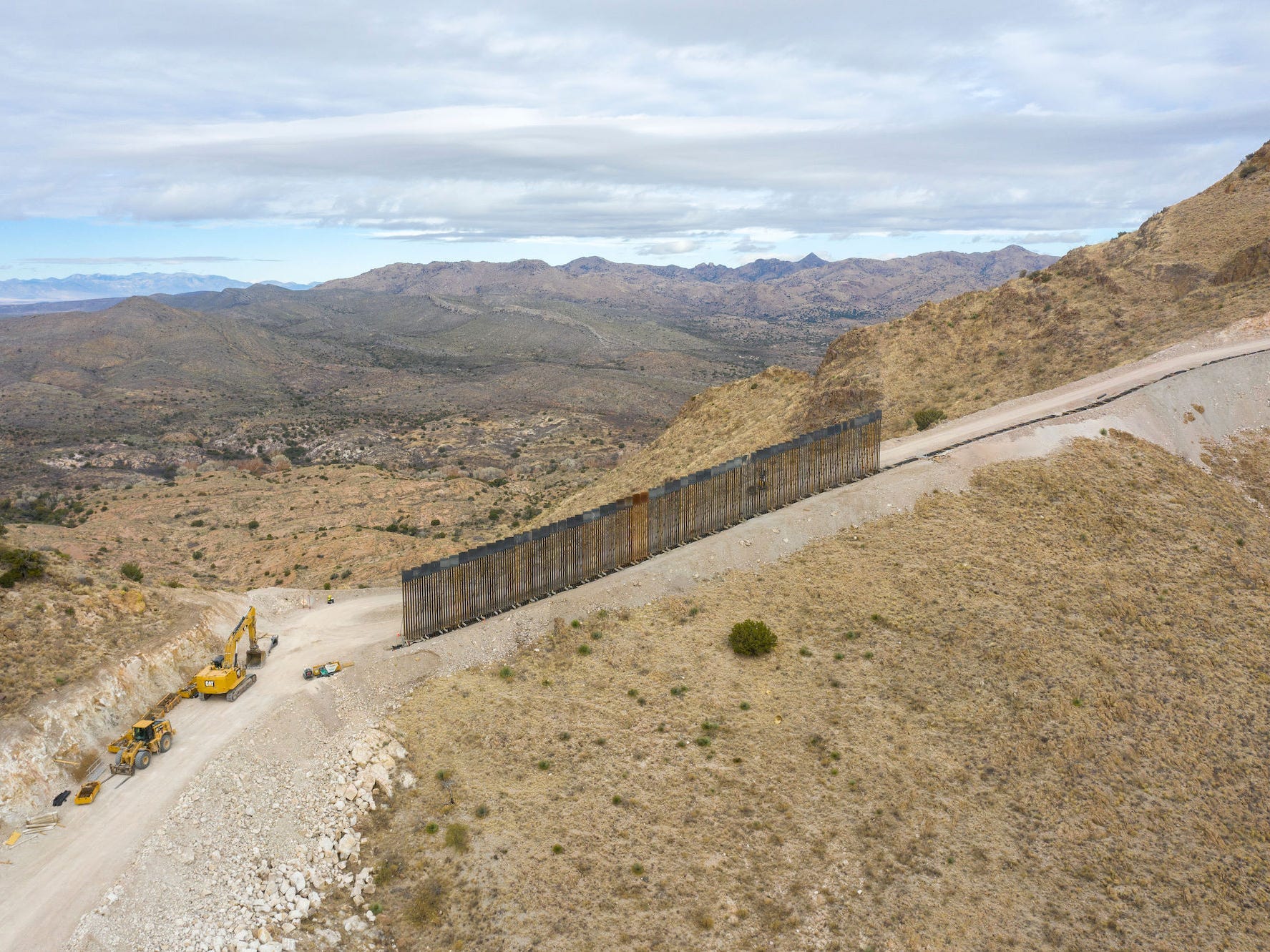 President Trump is planning to declare his border wall a success this week – but campaigners say some areas are now less secure than before. In rugged areas of eastern Arizona, contractors have yet to build a wall. But they have blasted ravines to make way for it, and built […]

A portion of President Donald Trump’s border wall blew over onto the Mexican side because of winds, according to the NBC News affiliate KYMA. Video of the incident showed the border-wall section swaying in the wind as crews tried to stabilise it. The section of the wall was under construction […]
News Apr. 1, 2019, 10:23 PM

The acting White House chief of staff, Mick Mulvaney, on Sunday said President Donald Trump was serious in his threat to close the southern US border if Mexico did not act to curtail illegal immigration. Trump last week threatened to order the border closed for a “long time,” a move […]
Markets Feb. 15, 2019, 9:22 PM

US futures are pointing down after pessimism about the the trade war hit Asian shares Friday and weak retail sales figures in the US. Weak inflation data out of China initially hurt European markets before shares rebounded. The South China Morning Post reported that both sides on the negotiations “remain […]
News Sep. 12, 2018, 12:54 AM

Woodward book: Trump refused a joke from Gary Cohn about stretching the word ‘Trump’ over 1,200 miles of the border wall

President Donald Trump and former economic adviser Gary Cohn clashed repeatedly during Cohn’s time in the White House, according to bob Woodward’s new book, “Fear: Trump in the White House.” In one instance, Trump refused to use a joke Cohn suggested for a speech at the Gridiron Club. The joke […]
News Sep. 6, 2018, 3:41 AM

In a matter of hours, Trump reverses position on whether he’ll consider a government shutdown to fund a border wall

On Monday, President Donald Trump suggested to The Daily Caller that he would not force a government shutdown at the end of the month to secure more money for a promised wall along the US-Mexico border. “I don’t like the idea of shutdowns,” Trump said. On Tuesday, Trump completely reversed […]
News Mar. 24, 2018, 12:07 AM

In a tweet Friday, President Donald Trump threatened to veto the omnibus spending bill. The bill passed the House and the Senate on Thursday, a day before the deadline for a government shutdown. If Trump does veto the bill, it almost certainly leaves no time for Congress to rework the […]
News Mar. 23, 2018, 1:29 AM

President Donald Trump said on Wednesday that he “Got $US1.6 Billion to start Wall on Southern Border.” In reality, he didn’t. The new omnibus funding bill includes no money for Trump’s proposed wall. It does contain funding to build 47 miles of fencing similar to what exists now. Additionally, the […]
News Jan. 20, 2018, 5:10 PM

SCHUMER: I put ‘the wall’ on the table in my meeting with Trump, but he backed out of the deal

The federal government entered a partial shutdown at midnight. Senate Minority Leader Chuck Schumer said President Donald Trump agreed to a deal on immigration, healthcare, and spending levels during a White House meeting Friday but went back on the deal later in the day. According to Schumer, Democrats offered to […]