The Obamas are producing a new comedy series for Netflix based on the chaotic transition of power when Donald Trump became president in 2016. “The G Word with Adam Conover” is based on Michael Lewis’ book “The Fifth Risk,” the rights to which the Obamas bought in 2018, according to […]

The federal government posted a solicitation online for market research related to a floating border wall that would prevent swimmers from crossing waterways along the US-Mexico border. The Washington Post was first to report on the solicitation, which specifically seeks designs that would “impede incursions via swimming, or via unassisted […] 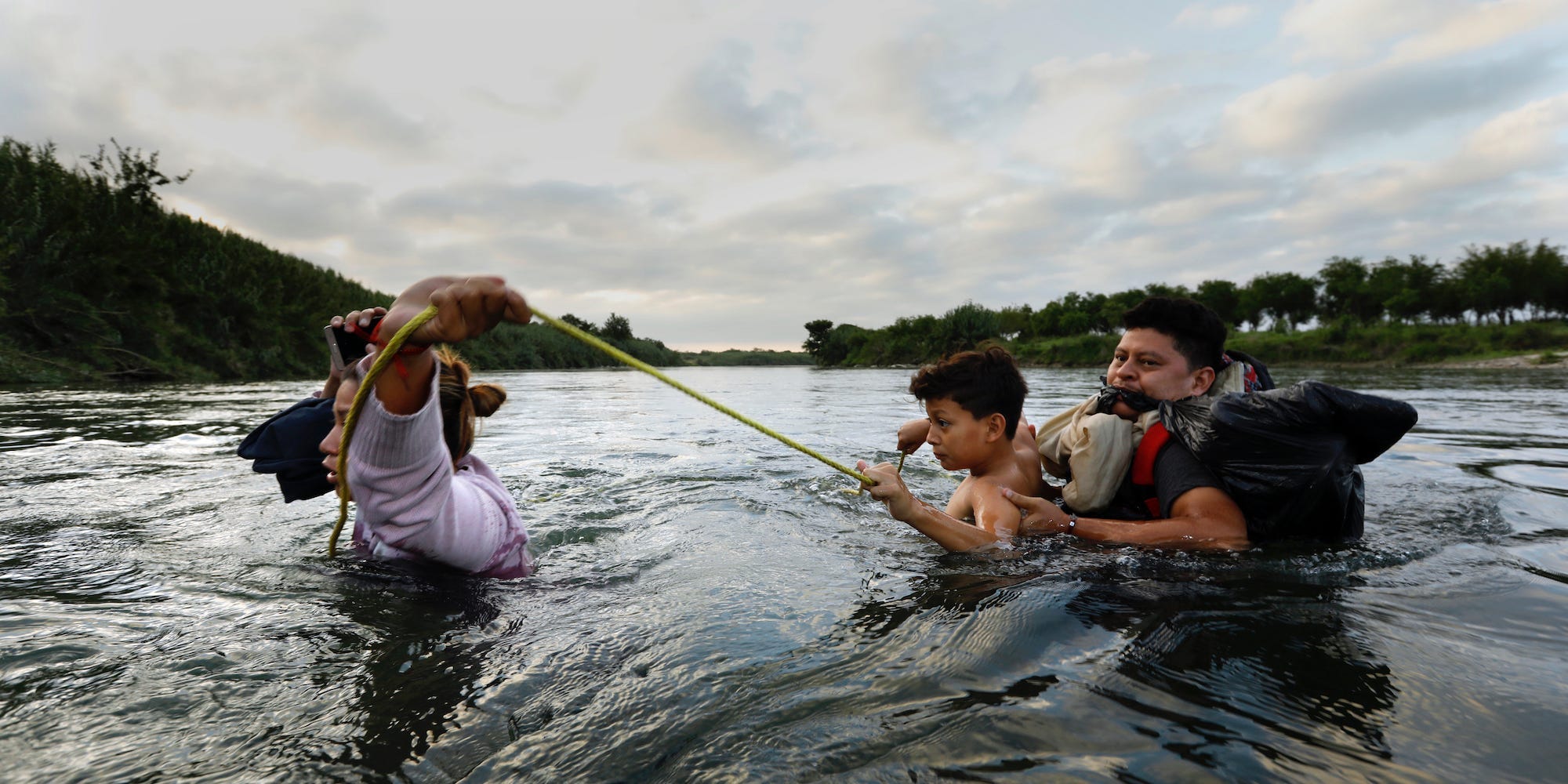 As another hurricane threatens Puerto Rico, the Trump administration is diverting millions from FEMA disaster relief to ICE

The Trump administration is diverting millions of dollars from federal disaster relief funds so it can be used for immigration enforcement, NBC News and CNN reported Tuesday. The news comes as Tropical Storm Dorian, expected to soon become a hurricane, bears down on the US territory of Puerto Rico. In […]

A press release from the Department of Homeland Security is drawing online ridicule for its outlandish claims about President Donald Trump’s border wall, and its simplistic language. The document is titled “Walls Work,” and features images of newly constructed steel fencing. “WE ARE BUILDING THE FIRST NEW BORDER WALL IN […]

The Trump administration is reportedly considering a new family separation policy for immigrants who cross the US-Mexico border with their children. Instead of forcibly splitting up immigrant families at the border, as authorities did under the “zero tolerance” immigration policy, the parents would face a “binary choice” to be held […]

A proposed ‘wealth test’ could favour immigrants who earn 250% above the poverty rate, and it could be one of the Trump administration’s most far-reaching immigration actions to date

The Trump administration is proposing weighing immigrants’ income levels when determining if they should be allowed to enter the United States or receive a green card. The administration officially published a proposal for a new rule on the Federal Register on Wednesday, suggesting that immigrants be favoured if their households […]