​​Take a look at the 6-mile lines going into Canada, where drivers are waiting up to 7 hours to enter after the US travel ban lifted

A boom in travel, as well as a union strike earlier in the week, caused wait times up to seven hours as Canada reopened to US vacationers. 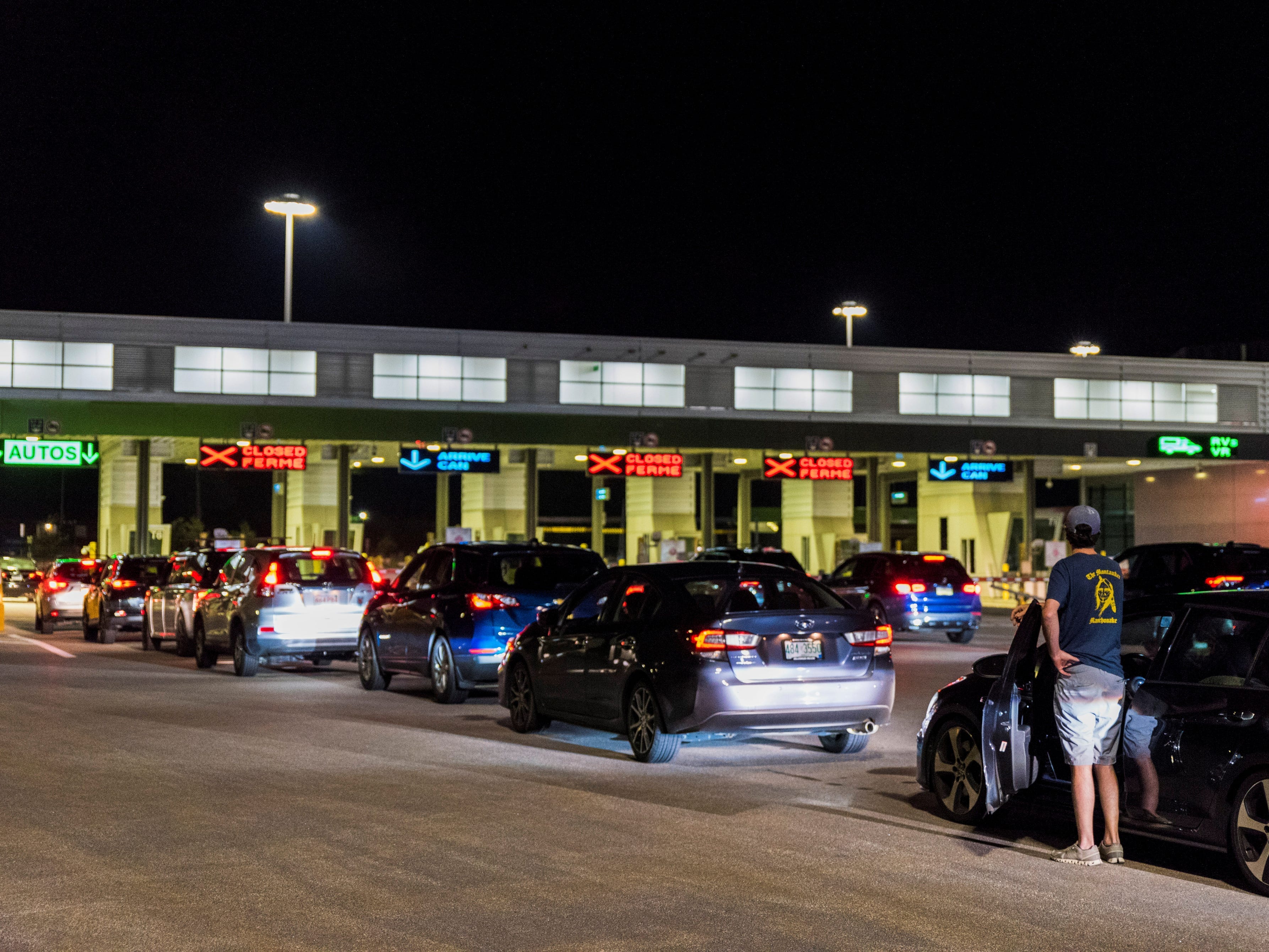 Trump wants his travel ban, which Biden revoked on his first day in office, to be reinstated by the current administration. 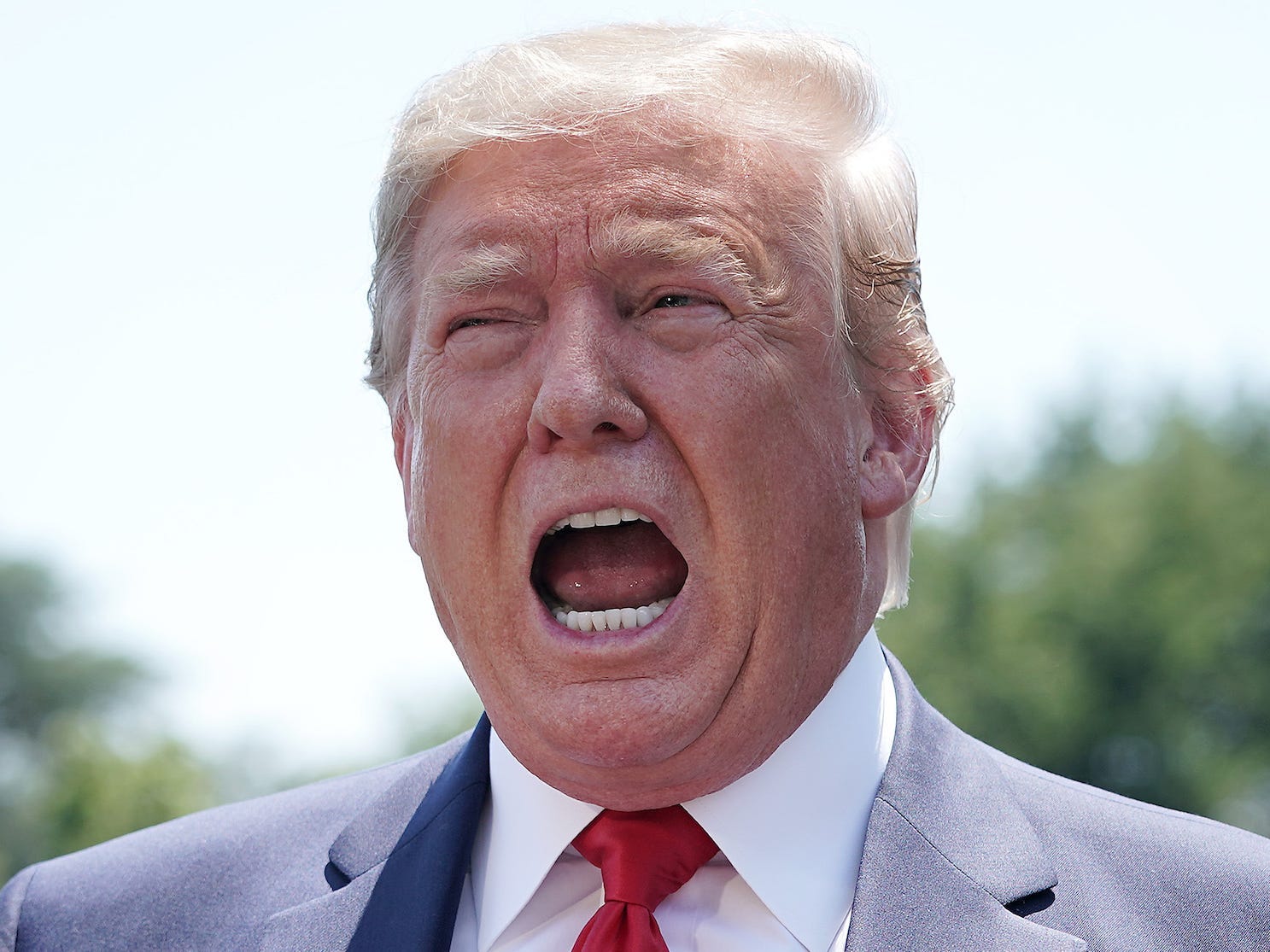 Those refused entry to the US under Trump’s Muslim ban policy can get a new decision, State Department says 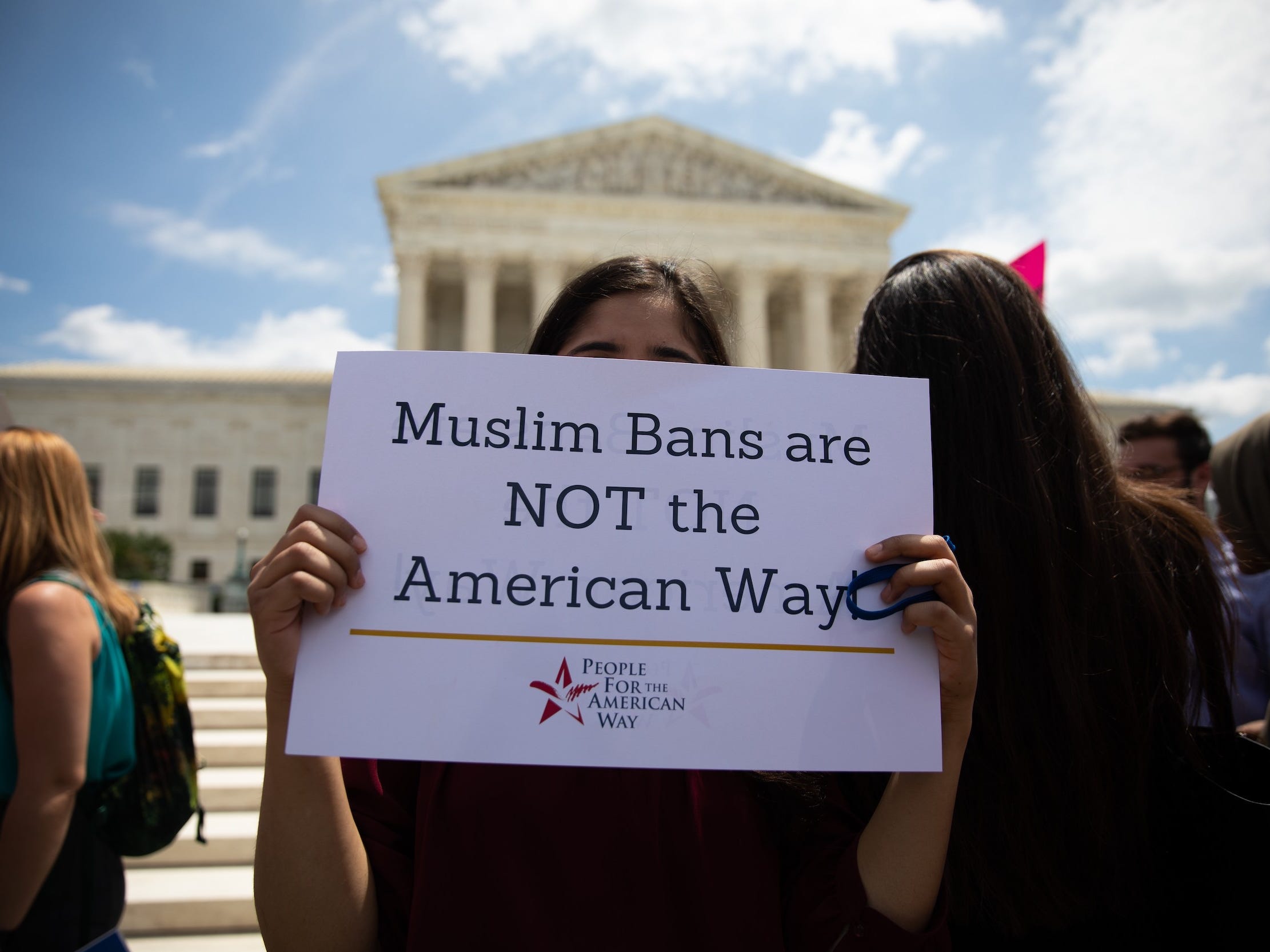 The UK government is banning all arrivals from South America over a new coronavirus variant that originated in Brazil. The affected countries are Argentina, Brazil, Bolivia, Chile, Colombia, Ecuador, French Guiana, Guyana, Panama, Paraguay, Peru, Suriname, Uruguay, and Venezuela. The island country of Cape Verde is also on the list. […]

The US is said to be close to lifting its 8-month travel ban for Europe, now that its own COVID-19 outbreak is far worse

The White House is considering a removal of travel restrictions for most non-American citizens from Europe and Brazil, Reuters reported Wednesday. President Donald Trump has not made up his mind, but the plan is supported by members of the White House coronavirus task force and other agencies, according to Reuters. […] 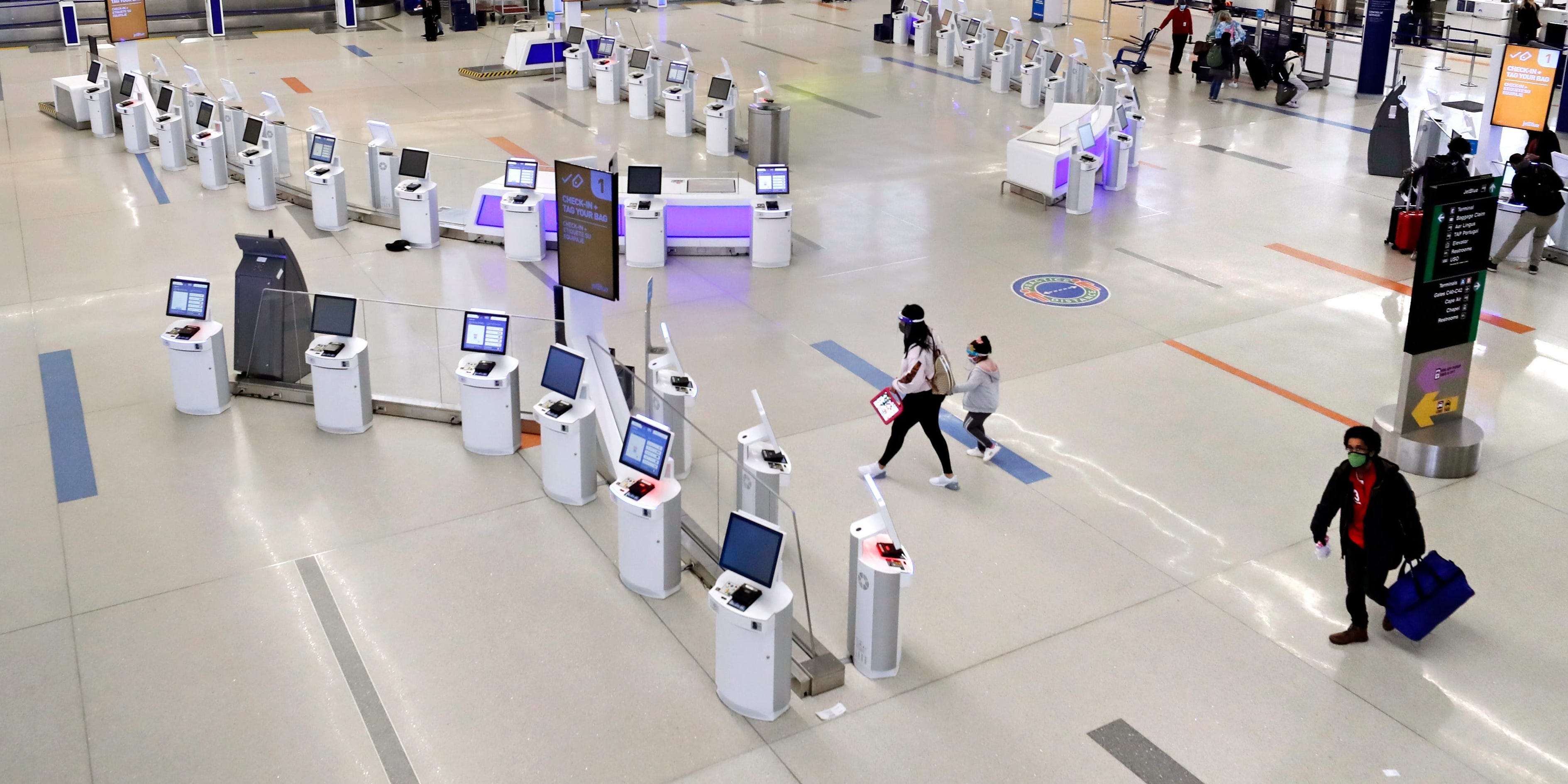 Immigrants who were made US citizens in a naturalization process led by Trump on Tuesday did not know the president would be there. Some were also not aware that the ceremony would be aired as part of the Republican National Convention. Trump has faced fierce criticism from Democrats and ethics […] 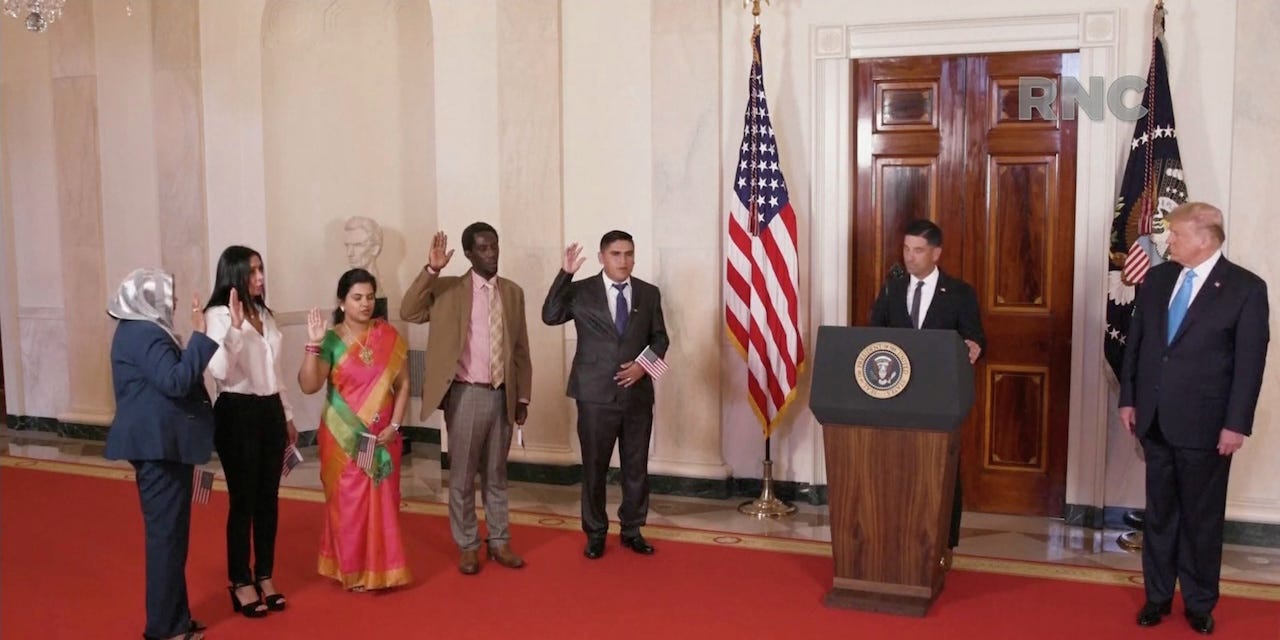 The House passed a bill on Wednesday aimed at reversing President Donald Trump’s travel ban from several Muslim-majority countries. Deemed the “NO BAN Act,” the legislation would impose limitations on the president’s authority to suspend the entry of certain travellers and prohibit religious discrimination on immigration-related decisions. Trump sparked intense […] 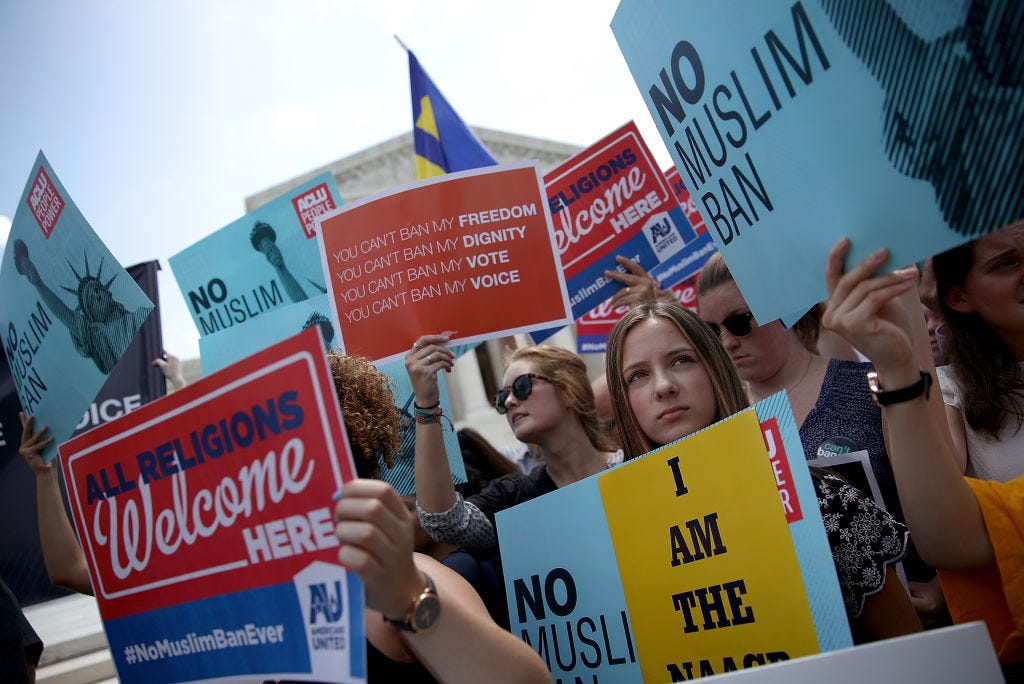 The European Union on Tuesday officially barred Americans from travelling to its member states as US coronavirus cases continue to rise. The US is among dozens of countries excluded from a list of safe countries whose citizens may travel to Europe once it reopens its borders on Wednesday. Countries on […] 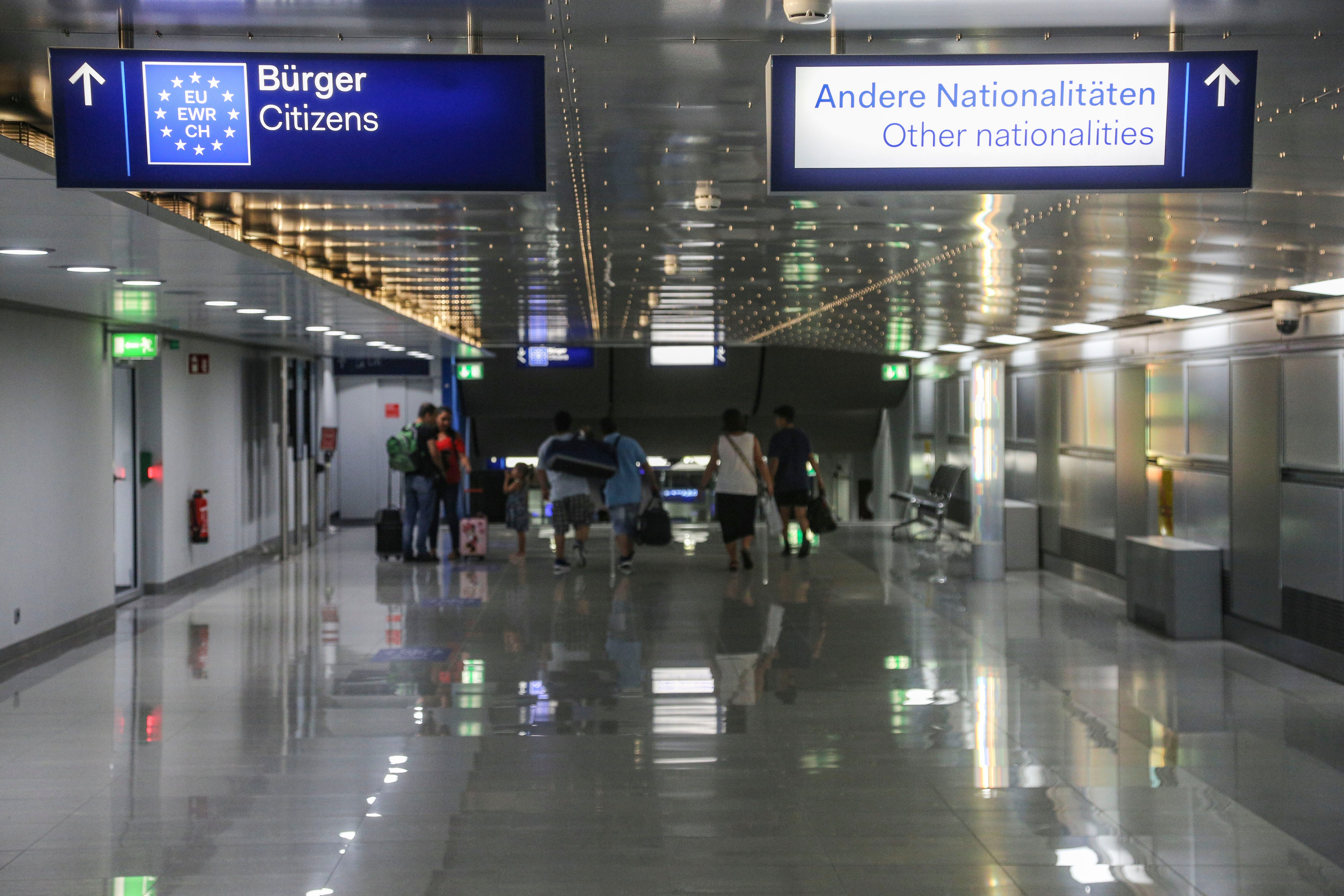 The European Union will bar Americans from travelling to its member states as US coronavirus cases continue to rise. The US is among dozens of countries excluded from a list of safe countries whose citizens may travel to Europe once the bloc reopens its borders on July 1. Countries on […] 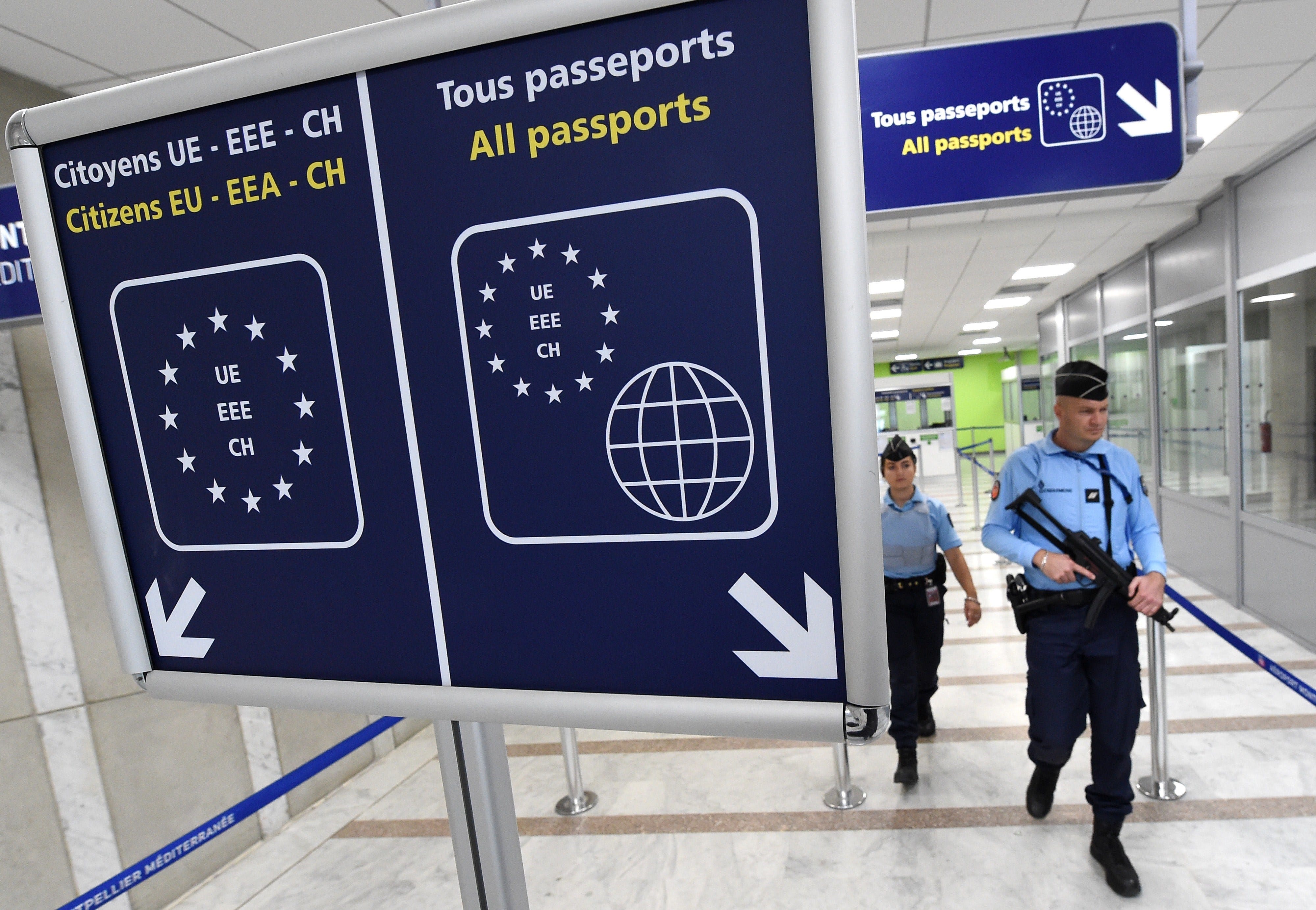 Europe is preparing to issue a new travel ban on the US due to the spread of coronavirus cases in the country. The European Commission has recommended that third countries with high numbers of coronavirus cases should be excluded from plans to lift travel restrictions to Europe next month. The […] 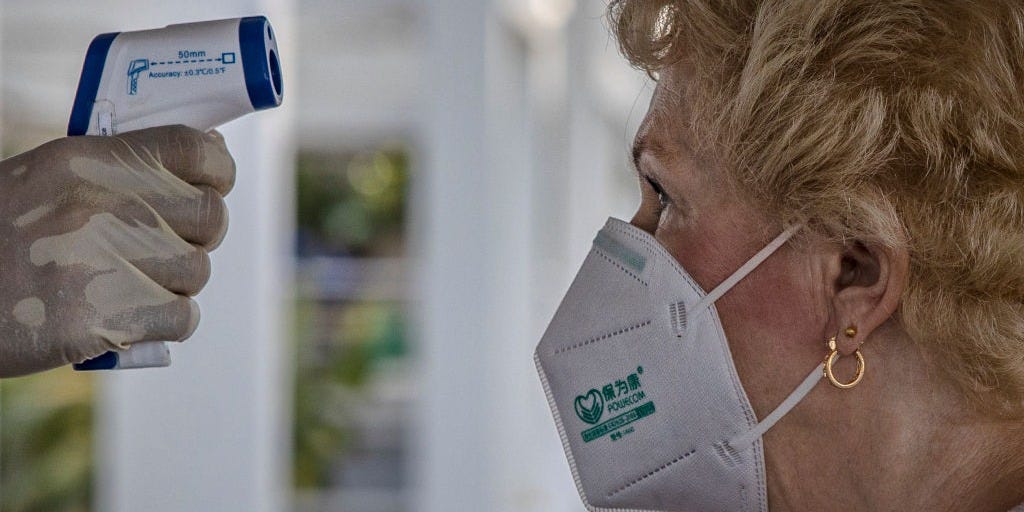 The European Union may bar Americans from travelling to its member states because of the United States’ handling of the coronavirus pandemic, The New York Times reported. Visitors from Russia and Brazil would also be barred, The Times reported, citing draft lists of acceptable travellers. The US has seen more […]

Just 2,250 international travellers arrived in Australia during April thanks to the coronavirus travel ban. Here’s where they came from.

Australia might be shut by and large but 2,250 international visitors still arrived in April. The largest contingents were from New Zealand, the US, Britain and Germany. Meanwhile, more than 17,000 Australians returned from short trips in April, with the largest number coming back from India. Visit Business Insider Australia’s […]

‘I’m dying slowly’: An Iranian teen says she has to travel from country to country or be sent back to her abusive father

Samar, a 19-year-old from Iran, travels from country to country to avoid being deported back to her abusive father in Iran. For the past two years, she has shuttled between Turkey, Armenia, and Ecuador, three of the few countries Iranians can visit without a visa. Samar says her mother and […] 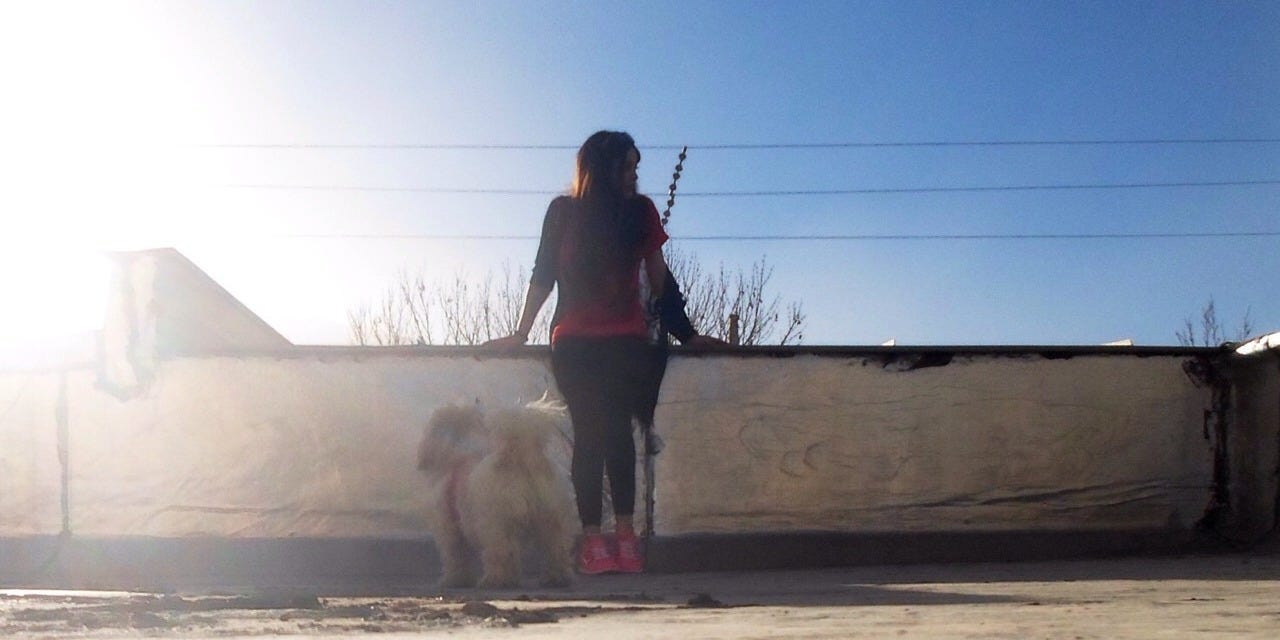 The White House press secretary, Kayleigh McEnany, said in a statement on Sunday that the US would temporarily restrict travel from Brazil, where COVID-19 cases are spiking. The order applies to foreigners who were in the country within 14 days of trying to enter the US. It does not apply […] 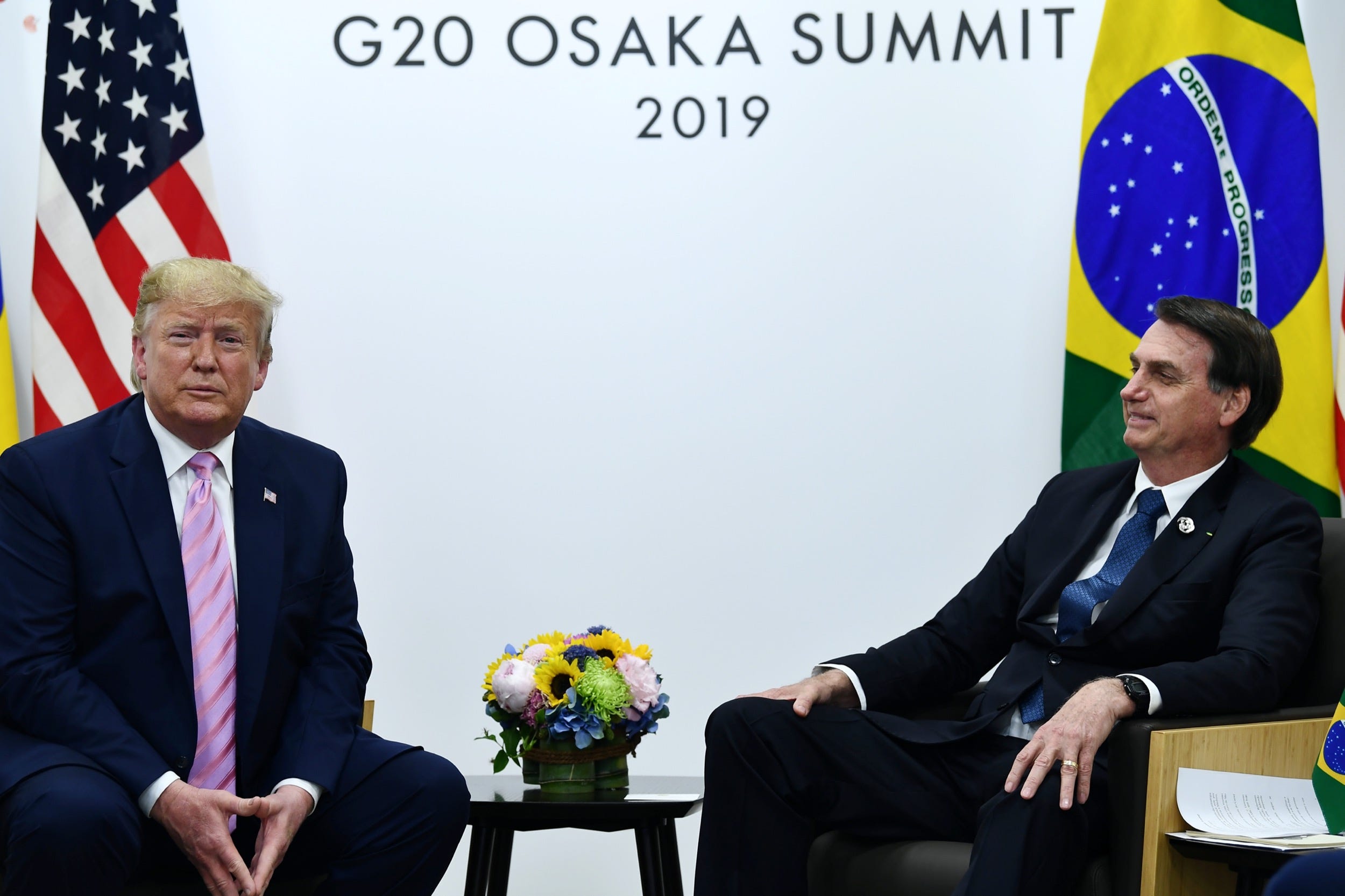 Disregarding Greece’s calls for residents to stay home and prevent the spread of the coronavirus, many flocked to local islands. Fearing the islands’ lack of resources to deal with contagion, authorities banned all visitors from travelling to the islands by ferry on Saturday. Greece later instituted a nationwide lockdown effective […] 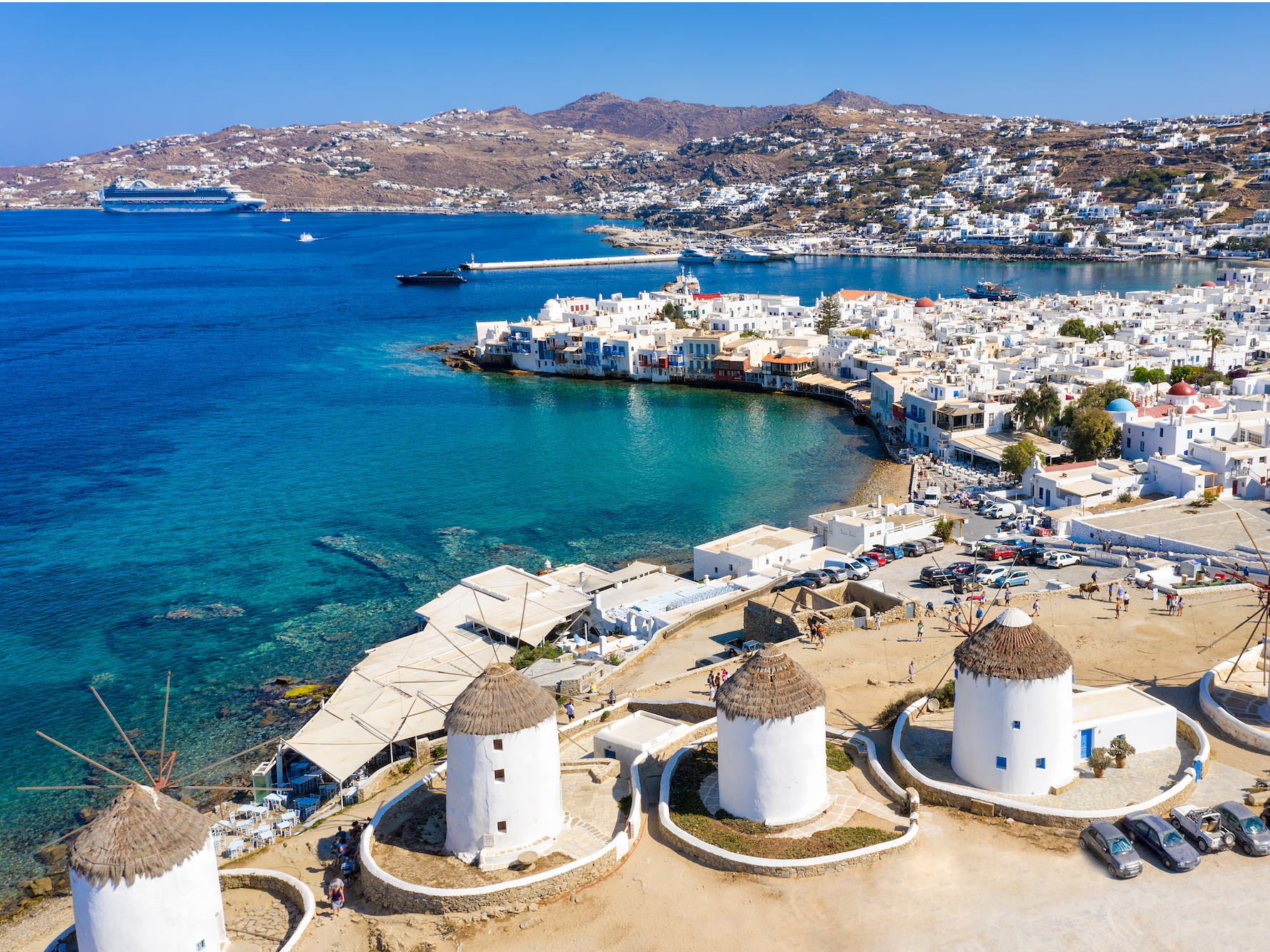 Travellers arriving in the US this weekend have faced lengthy waits in crowded areas at many of the nation’s airports, as citizens flocked back in wake of the coronavirus pandemic and recent travel bans. Illinois Gov. J.B. Pritzker laid the blame on the Trump administration for not preparing for an […] Throngs of passengers crowded major US airports Saturday evening after the onset of President Donald Trump’s travel restrictions on people arriving from Europe amid a coronavirus pandemic. Travellers and media outlets shared photos and videos of packed terminals at O’Hare airport in Chicago, Washington-Dulles in Virginia, and Dallas/Fort Worth airport […] 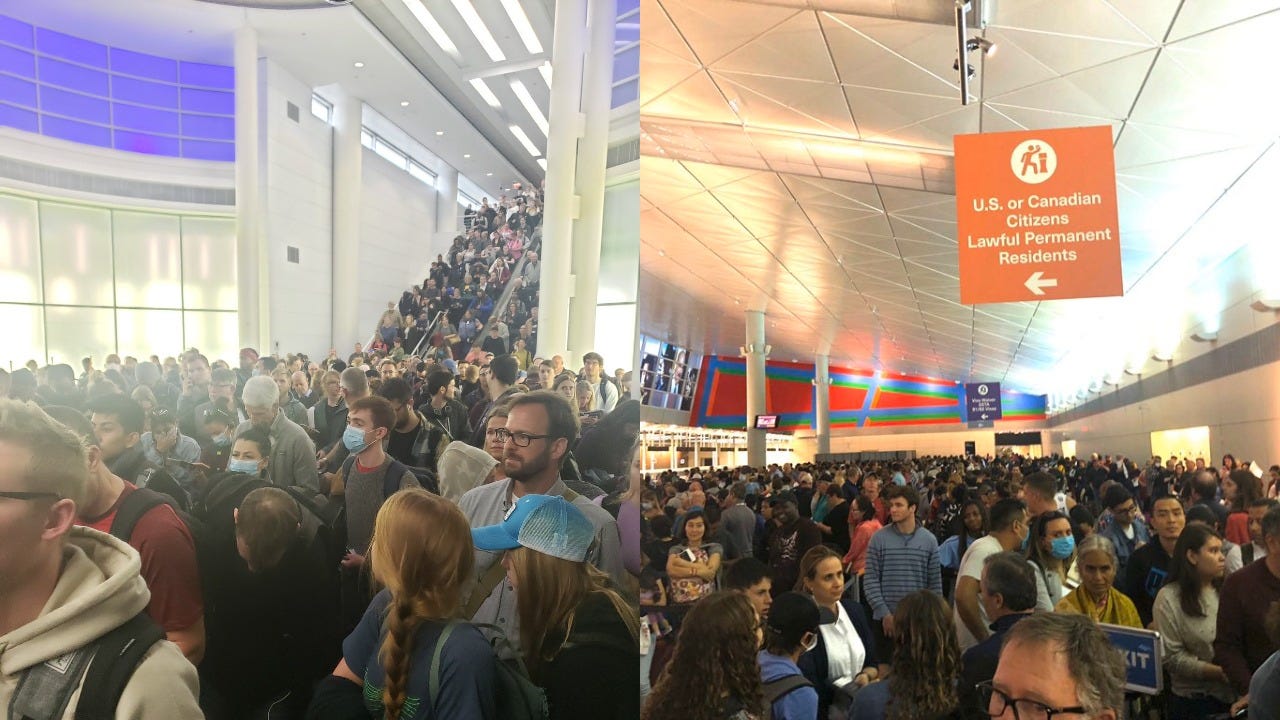 Vice President Mike Pence announced that the US was suspending travel from the United Kingdom and Ireland in an effort to address the coronavirus outbreak. Pence said at a Saturday press conference that the restrictions would take effect at midnight, March 13. Americans and legal residents would still be allowed […] 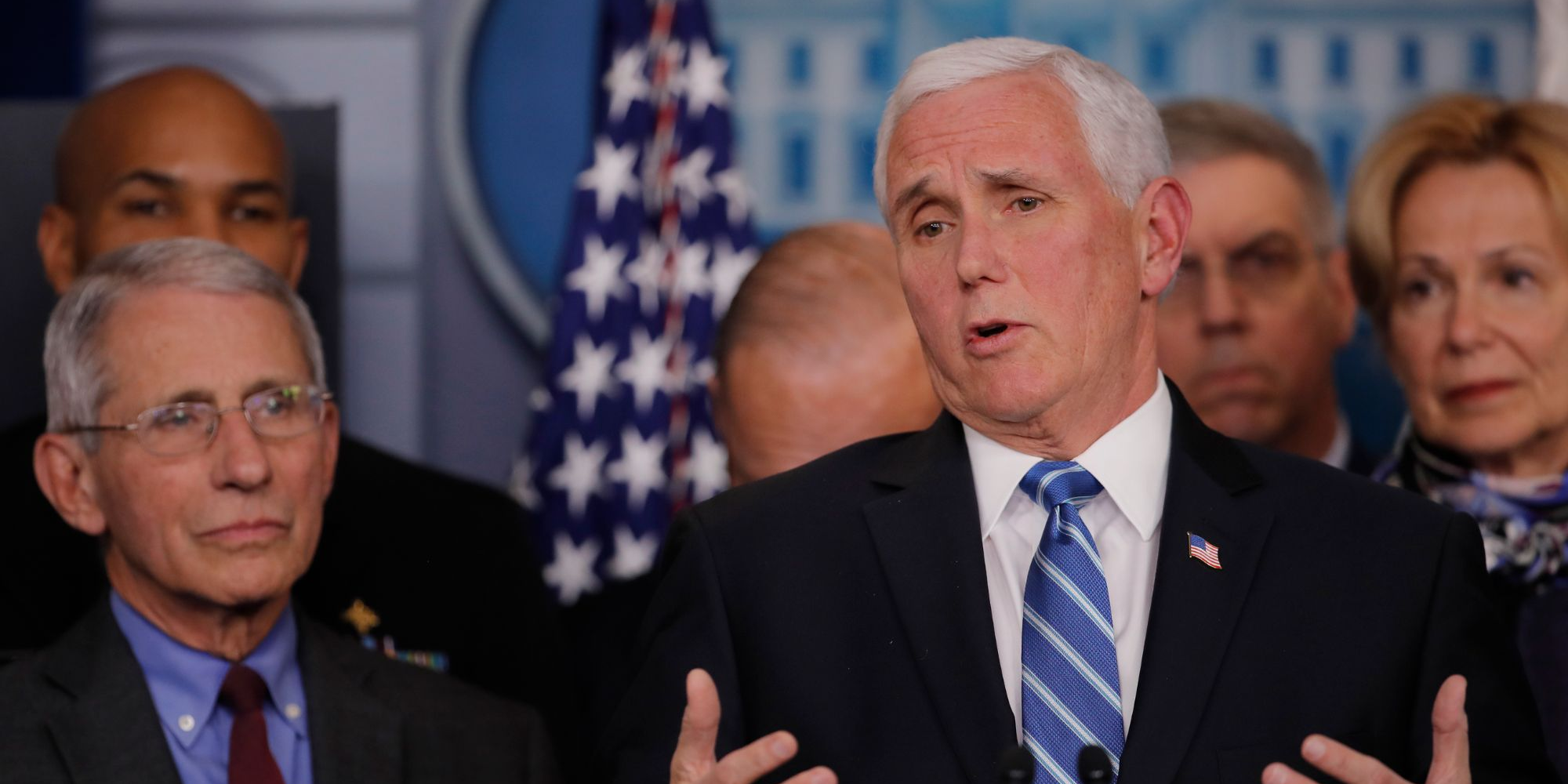 The coronavirus is turning some couples’ weddings into disasters, leaving them heartbroken and broke

Couples around the globe face tough decisions about cancelling or postponing their weddings in the midst of the coronavirus pandemic. President Donald Trump’s 30-day travel ban for most travel into the US from Europe complicated plans for couples and families travelling across international borders. Many couples we talked to said […] 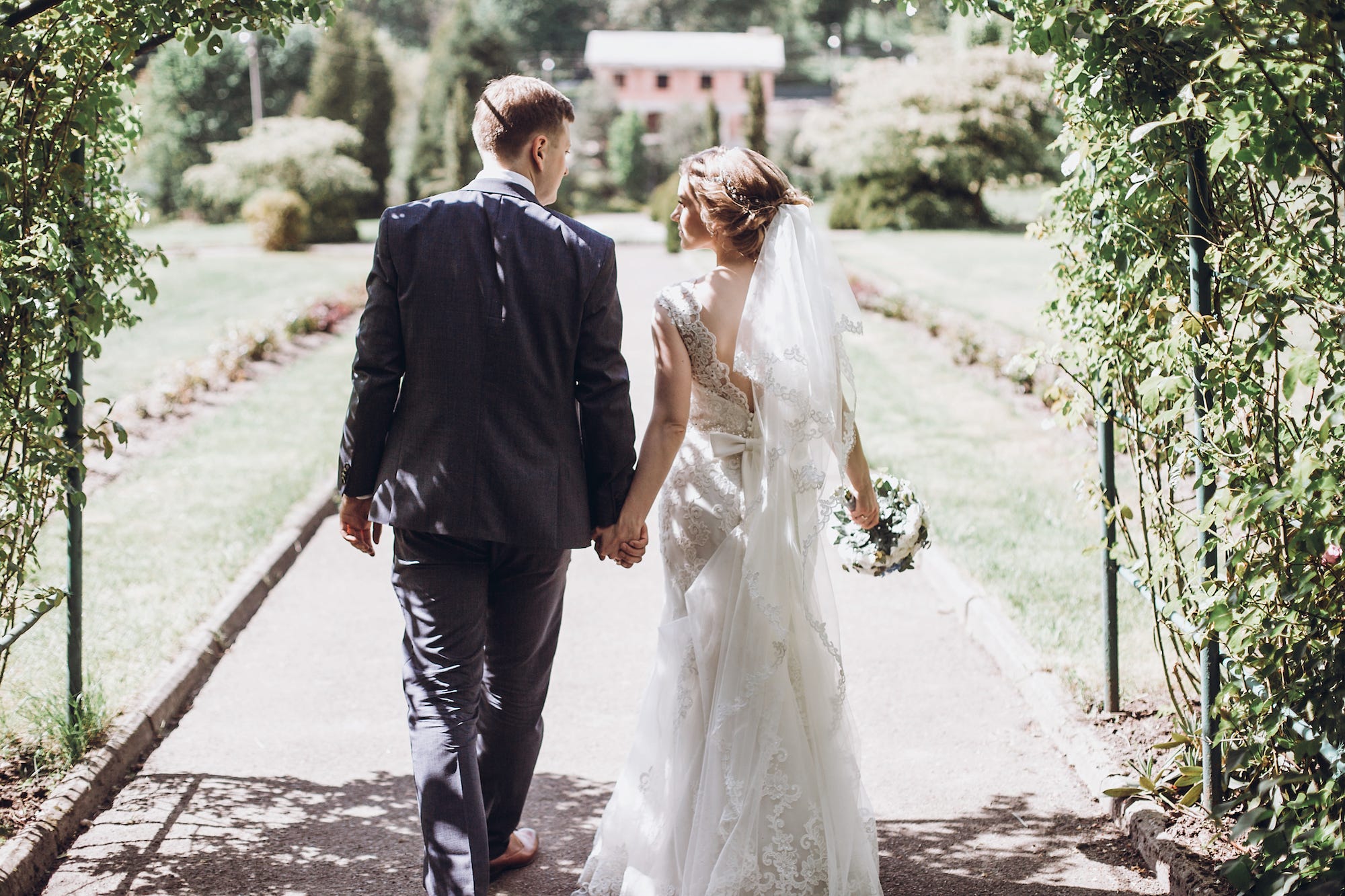