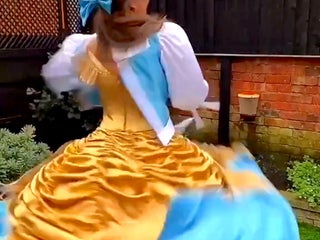 Transgender people have been sharing their pre and post-transition photos on social media for International Transgender Day of Visibility. The images celebrate both those who have been through their journey and people who are just starting to question their gender identity. It can be painful for transgender people to revisit […] 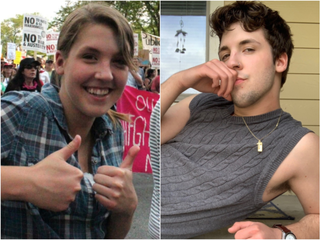 24 celebrities who have had dramatic eyebrow transformations

Eyebrow trends have changed dramatically throughout the years, from fully drawn-on, pencil-thin brows to the bushy looks of today. These 24 celebrities have dramatically changed their brow looks, from the extremely thin and light to the full and dark. Gwen Stefani now has brows that would rival Cara Delevingne’s, but […] 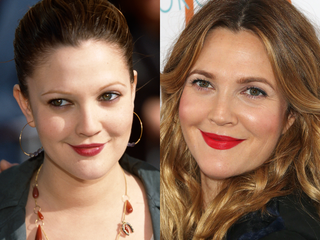 THEN AND NOW: The biggest celebrity transformations of the past decade

A lot can change in a decade. Some of today’s most famous figures were just barely starting out in their careers in 2010. In 2010, Meghan Markle had yet to begin starring in “Suits,” which would eventually lead her to her husband Prince Harry– and a royal status. Major music […] Actor Christian Bale has changed his weight and physique countless times to prepare for different roles. For “The Machinist,” Bale reportedly lost 60 pounds to play an insomniac. To appear in “American Psycho,” the actor bulked up and had dental work done. For his role in “Vice,” Bale said he […] Brothers share what it was like quitting their corporate jobs to sell ties on the beach and cofound Vineyard Vines, a company worth nearly $1 billion

Shep Murray had one particularly bad day at work in 1998. During his annual performance review at the New York City-based marketing and communications company where the 27-year-old worked at the time, he was told to “think more inside the box.” Instead, he quit. Later that day, he called his […] Two years ago, Jen Glantz was a 26-year-old working as a copywriter for a tech startup in New York City. A Florida native who graduated with a double major in journalism and English, Glantz spent her days writing video scripts for big companies like Disney, Target, Geico, and Comcast. “I […] Technology is making our lives easier every day, and the home is one of the best places to see what it can do. 4 ingenious designs for tiny homes of the future

VIDEO: 4 ingenious designs for tiny homes of the future As a senior at Amherst College, Win Smith and a few of his fraternity brothers decided to grab some season passes, rent a house, and hit up the ski slopes in Vermont’s Mad River Glen. The season came to a close and Smith didn’t ski again for almost 14 years. […] 3 innovations that will transform things we do every day

These will make your life a lot easier. ‘It was kind of like jumping out of an aeroplane’: One woman shares the reality of leaving her job at Goldman Sachs to start her own business

Becca Brown always had the entrepreneurial itch. As a kid, she had a pet-sitting business, ran a concession stand at Little League games, sold flowers (that she picked from her neighbour’s lawn), and did private tutoring. “My parents fostered a very entrepreneurial spirit in our house,” she tells Business Insider. […]