I flew from New York to Boston and returned on Amtrak. Here’s why the train blew the plane out of the water during the pandemic.

The New York-Boston sector of the Northeast is short enough where train travel actually rivals air travel in time and cost. Five airlines now fly between the two cities from three airports in the New York area and compete with Amtrak’s Northeast Regional and Acela services. While each traveller has […] 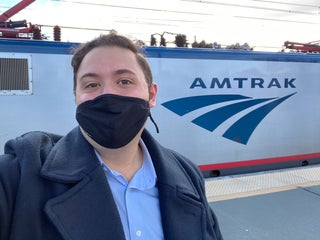 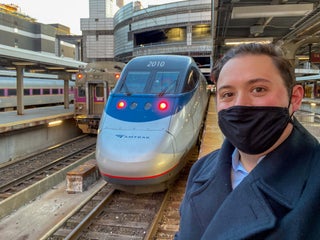 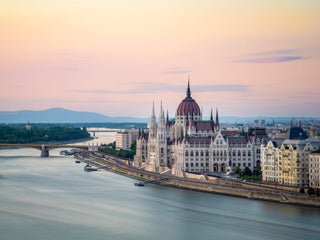 Amtrak has a 2-for-1 deal on private sleeper rooms from August 11 to August 15, 2020. During that time, travellers can book a discounted “roomette” on Amtrak for travel from August 14 through September 30, 2020. Roomettes are private rooms in the sleeping cars with two seats that convert into […] 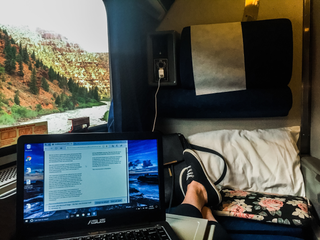 Photos show what it’s like to travel around the world by train, bus, boat, and plane in the age of coronavirus

The spread of the new coronavirus has affected travel throughout the world. The outbreak that originated in Wuhan, China, has killed 2,700 people and infected more than 81,000 according to recent totals. The virus can pass from person to person, and one of the most common ways is through public […] 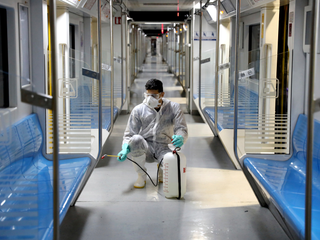 I took a $20, 4-day train ride between Zambia and Tanzania, and even though it was delayed by an entire day, I’d do it again

Hoping to experience an African safari on a budget, I recently travelled first class on the Tazara train from Kapiri Mposhi, Zambia, to Dar es Salaam, Tanzania, for $US20. The journey was supposed to take three days, but because of several delays it ended up taking four. The views were […] I recently spent several days in the southern African nation of Namibia for Christmas, taking an overnight train for $US12 across the desert from Windhoek to Walvis Bay. Though there was not much to do on the train, and it was surprisingly cold, the scenery was jaw-dropping. Once in Walvis […] I spent four days on the longest train ride in North America, and the experience was even better than I imagined it would be. The delicious food and sense of camaraderie among travellers made the beautiful journey across Canada even more enjoyable. But as with any new experience, there were […] I spent 4 days on the longest train ride in North America, and I wouldn’t hesitate to do the entire 96-hour trip again

I travelled for four days on the longest train journey in North America, which takes passengers between Toronto and Vancouver, British Columbia. The ride took a little more than 96 hours to complete, which included about 10 stops and the time we spent waiting for freight trains to pass us. […] It took me 96 hours to ride an Amtrak train from coast to coast. I’d do it again in a heartbeat.

Amtrak is easily one of the slowest ways to travel from coast to coast, but I did it anyway. The journey was delayed by more than 24 hours thanks to a missed connection in Chicago. Still, the sights were so beautiful – and the conversations with fellow passengers so enjoyable […] What I wish I’d known before embarking on a 50-hour train ride across Siberia, wearing the same clothes for 2 days, and sharing a tiny compartment with 3 Russian strangers

On a recent trip to Russia, I spent 50 hours riding the Trans-Siberian Railway across more than 2,000 miles and four time zones in Russia. It was the experience of a lifetime, but there are a few things I wish I’d known before my journey. I wish I would have […] I rode the legendary Trans-Siberian Railway on a 2,000-mile journey across 4 time zones in Russia. Here’s what it was like spending 50 hours on the longest train line in the world.

The Trans-Siberian Railway is the longest railway line in the world, spanning 5,772 miles (9,289 kilometers) and connecting Moscow to Russia’s far east. On a recent trip to Russia, I spent 50 hours on a Trans-Siberian train from the Siberian city of Novosibirsk to Moscow. The more than 2,000-mile journey […]

One of the world’s most iconic trains has 3 new suites complete with underfloor heating, free-flowing Champagne, and a 24-hour steward

The Venice Simplon-Orient-Express has unveiled three new incredibly luxurious suites. The iconic train’s new Grand Suites come with free-flowing champagne and a 24-hour steward. They have been named Vienna, Prague, and Budapest in homage to three of the cities the train visits. It’s not cheap though – a classic one-night […] What it’s like to travel in ‘Excellence Class’ on The Glacier Express, which includes a 7-course meal and panoramic views of the Swiss Alps

The Glacier Express is an eight-hour train journey through the Swiss Alps, and it’s known as one of the most scenic in the world. In addition to the existing first class carriage, the train has now launched a new “Excellence Class.” All seats are plush leather window-seats, and the 20 […]

7 reasons why travelling by train is better than flying

The vistas outside of train windows are both impressive and desolate, a slice of rural America that you can’t see from any other vantage point. The slow pace harkens back to an era when we still had time to enjoy the journey and make new friends along the way. Travelling […]