An Amtrak spokesperson said the train was carrying 147 passengers and 13 crew members when five of its cars derailed Saturday afternoon.

A 50-car train derailed in Minnesota

Videos showed dozens of derailed train cars piled up on top of one another, partially submerged in a lake. 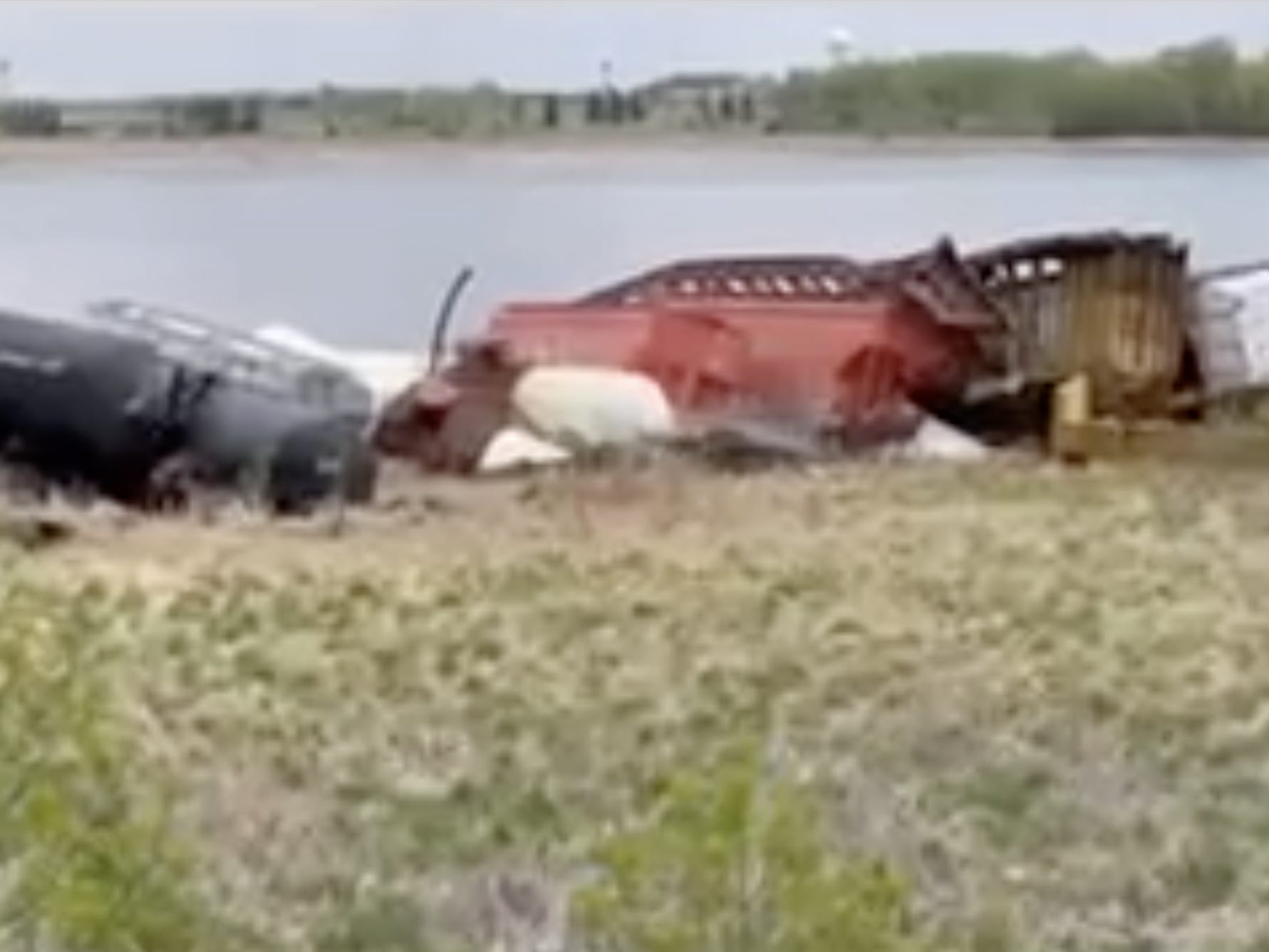 The Salt River Union Pacific Bridge in Tempe, Arizona, caught fire early Wednesday and partially collapsed amid a train derailment, according to multiple reports. A train car carrying lumber across the bridge was engulfed in flames and a tanker car that had a hazardous materials warning sign fell off the […] 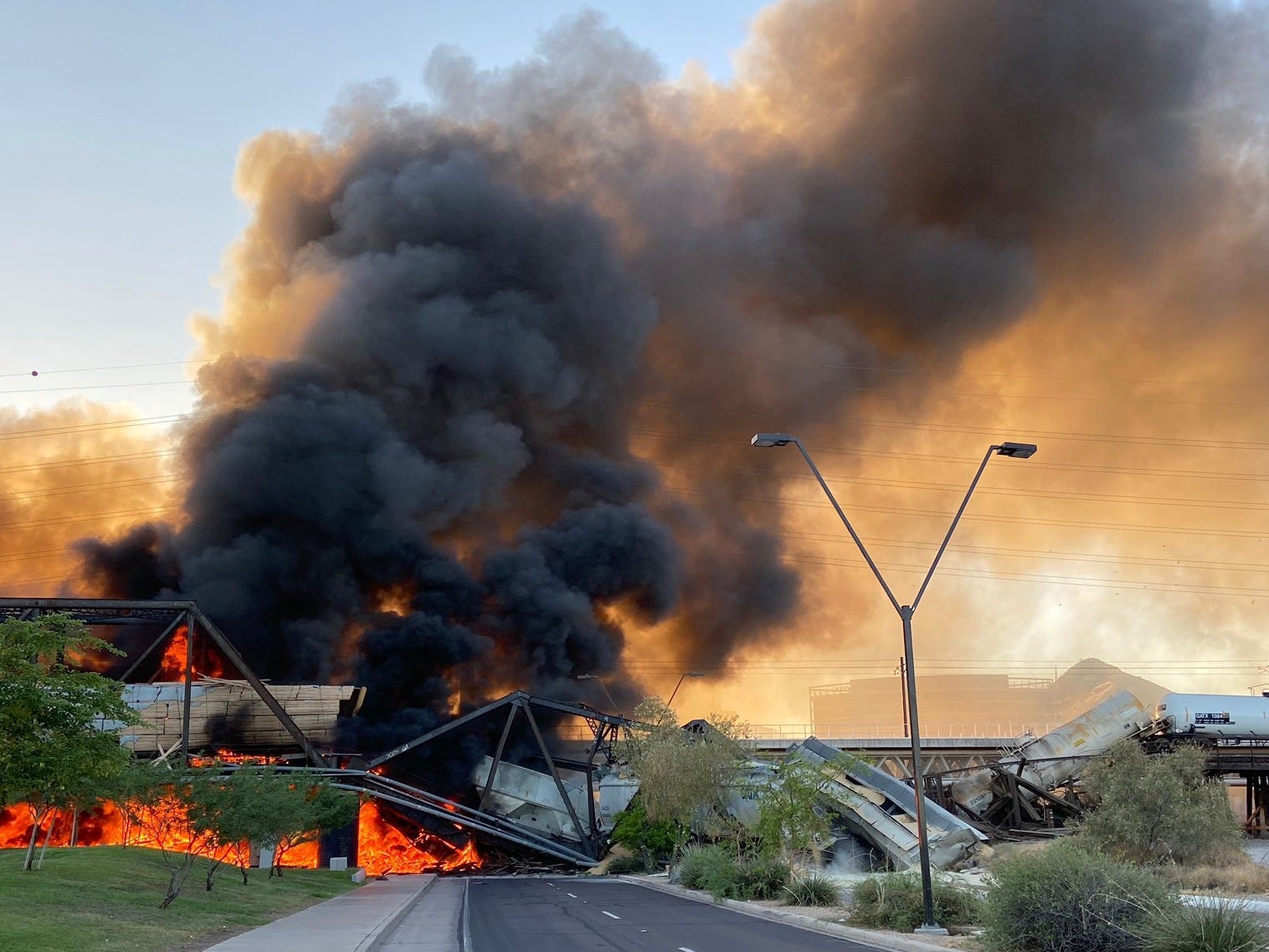 An engineer was arrested Wednesday on suspicion of intentionally derailing a train near the USNS Mercy, a hospital ship providing relief to Los Angeles-area hospitals during the COVID-19 outbreak, the US Department of Justice said. According to a press release from the DOJ citing an interview with the FBI, the […] An engineer on the derailed Amtrak train noted that the train was going too fast six seconds before the train derailed, according to the National Transportation Safety Board. The accident occurred on Monday morning in Washington state, killing three people on the train and injuring dozens more. The train was […]
Tech Dec. 20, 2017, 4:14 AM

An Amtrak train derailed in Washington state on Monday, killing at least three people and injuring dozens more. The train was travelling at 80 mph in an area with a 30 mph speed limit when it derailed. The National Transportation Safety Board expects to investigate the scene for about a […]
News Dec. 19, 2017, 11:14 AM

An Amtrak train derailed and was left dangling over a major highway in Washington state on Monday morning. At least three people died, dozens more were injured. Photos posted online depict the severity of the derailment. 80 people and five crew members were on the train, authorities say. . An […]
Tech Dec. 19, 2017, 9:58 AM

Amtrak CEO responds to deadly accident: ‘We are deeply saddened by all that has happened today’

An Amtrak train derailed Monday morning, and part of it fell onto Interstate 5 in Washington state. Amtrak estimates 80 passengers and five crew members were on the train. Authorities said there were at least three deaths, and dozens were hospitalied. Gov. Jay Inslee declared a state of emergency for […]