Trae Young has made the Hawks offense seemingly unguardable with his ability to read when he should shoot in the paint or pass it to a big man. 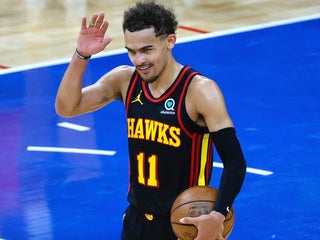 Trae Young accused Grayson Allen of tripping him in a recent game. Allen responded on Twitter by sarcastically apologizing, saying the incident must have “really hurt.” The two players have had several skirmishes since Young entered the NBA in 2018. Visit Insider’s homepage for more stories. Grayson Allen’s reputation for […] 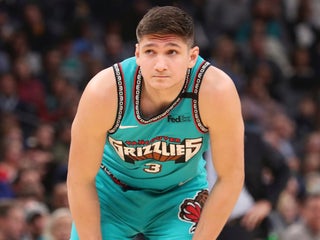 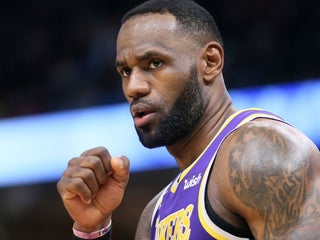 Trae Young dazzled the NBA with a fake behind-the-back pass turned nutmeg against the Denver Nuggets on Monday night. During the fourth quarter, the second-year point guard blew past a double team of Michael Porter Jr. and Monte Morris for an easy two points and the most eye-popping highlight of […] Trae Young dominated on Tuesday, putting up 42 points on 13-of-21 shooting, with 11 assists in a win over the Denver Nuggets. The highlight play came in the third quarter, when Young nutmegged a defender, hit a pull-up jumper, then stared down the Nuggets bench. Young scored 15 points in […]

Trae Young will star in the second of Young Hollywood original docu-series “Rookie On The Rise,” the show that followed Utah Jazz sensation Donovan Mitchell through his first season in the NBA last year. In the trailer and throughout the series, Young lays out his ambitions to continue achieving unprecedented […] Fifth overall draft pick Trae Young is a threat to become the NBA’s next great fearless shooter, with a range that covers half the court. On Wednesday, Young showed off his impressive shooting abilities, drilling a game-winning three from the center court logo with just seconds left in the Hawks […] With their loss in the Big 12 Tournament to Oklahoma State, the Oklahoma Sooners are a bubble team heading into Selection Sunday. While the Sooners dropped off after a hot start to the season, they still have Trae Young on their roster – one of the most dynamic and compelling […]

LeBron James once again shared his appreciation for Oklahoma Sooner Trae Young while being questioned by reporters. When asked about Young’s upcoming decision to head to the NBA after his freshman year, James replied quickly “What decision? That ain’t no decision.” Young is by far the breakout star of the […] Oklahoma point guard Trae Young is leading the nation and scoring and assists per game. Young has drawn comparisons to Stephen Curry for his infinite range and brazen style of offence. Curry even praised Young’s game, and it appears Young is going to rocket up draft boards. Through 13 games, […]